It's been a whole week since i entertained the fish and it's been a whole week of rain. Even yesterday there was a short, sharp spell at 2am, and being a dad of a young child i am up at that time.  Today was much better, windy but warm and with plans to fish in the morning with Mark i thought i'd go check on the river to see how it is and remove anything that might have washed down.

All seemed quiet i reached my 'testing' run and was into a fish straight away but it was off no sooner had i hooked it. Not bad considering water visibility was about half a foot. I had a Czech-mate beadhead and the zug bug on. A little light for the fast water but it had worked. As i worked upstream towards 'big fish hole' i spotted several children swinging from tree branches, with 4 of them on 1 it was clear they was trying to snap it.  I worked my run a little hastier as they began throwing boulders in when as i got closer the worst sight came upon me. Around 20 or so children aged 2-14 and around 8 adults all messing around in the river. Throwing stuff, swinging on trees, picnicking and they didn't seem the 'take it home' type. Jumping in the river, paddling in it. Well i don't think i'll get much in this run today so i cut through the bodies and one parent had the audacity to ask if i had caught anything. I ignored him as i had a few too many replies. One being 'i'm sure your kids have caught more off this water than i have today' little did they know that they was yards from a huge forest of hogweed.

It was pretty quiet all the way round, 1 fish rose twice but nothing else. no knocks or nothing. Until i reached my end run.  Oh i don't know if it's the fly or i've lost my touch but i had easily 20 takes and misses. 1 fell off as it came to the net but i managed to land 2. Nothing special but trout all the same, at one point i had 3 takes cast after cast and still failed to set a hook.

After 20 minutes or so of being into fish, a few dog walkers with children came down, 2 of them left as i heard them mention someone was fishing and the rest decided to throw stones. so i packed up sticks and headed home, checked the family fun day spot earlier and they were all still there. it's a shame the river can't be private sometimes. but with the summer holidays here i can only expect more of it. 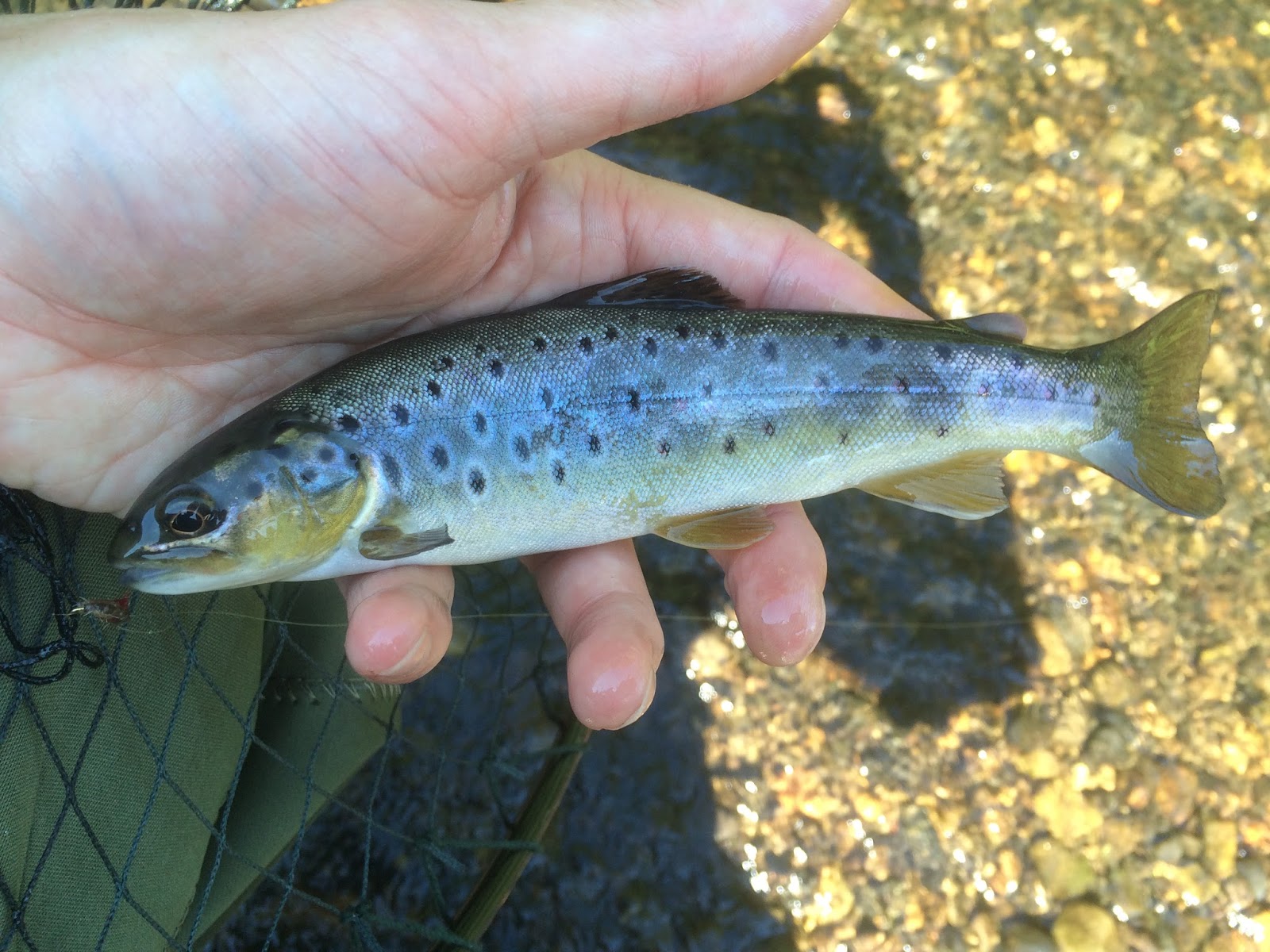 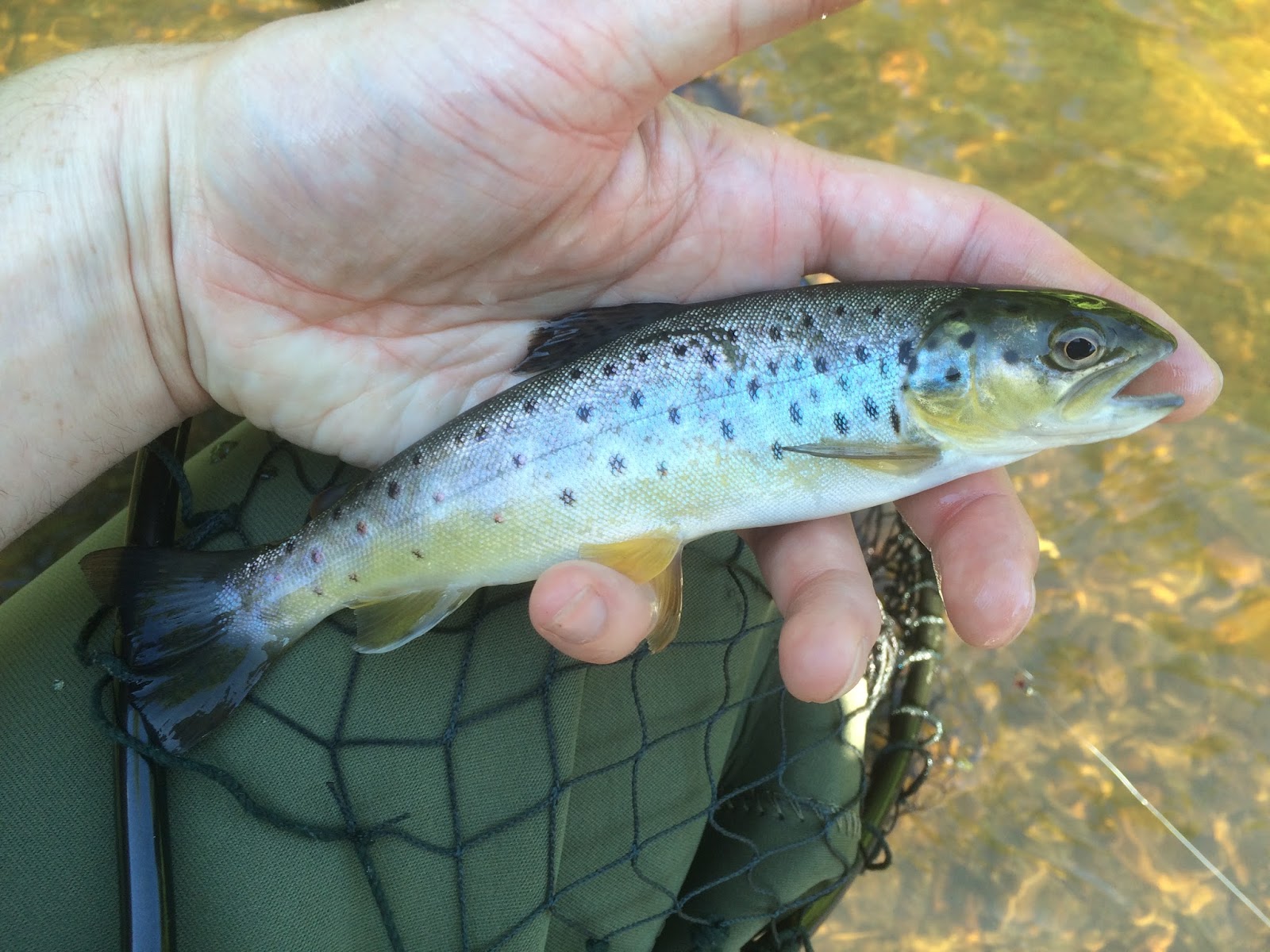