My first blog of 2017. In fact my first blog in a few month. I haven't got much fishing done in that time, none really worth writing about. I did a few days walking the river sight fishing for chub, but only spotted trout and when i did spot chub it was a small side stream where the chub were spooky in the crystal water but the roach weren't as fussy. I even went on a trip with Mike and Phil for grayling but despite the section looking promising we were left with more questions than answers.

2016 overall was a funny year, after my first season on the fly in 2015 alot had changed. The river had changed dramatically since the floods and i had begun to tie my own flies. So relearning the river, learning to tie flies and then trying to adjust my gear to my needs it was still much a rookie year.  That being said i caught a couple of big trout worthy of a pat on the back but i lost alot more and bigger too. One friend i didn't find was the bastard that snapped me off on the boulder twice in 2015. Here is the second time i lost him.

Another huge loss in fact was my camera! Some of you may recall myself getting a little bit stranded in my waist waders, with a rising river i only had one option and that was to tackle a steep gradient hill covered in 10 foot hogweed and knotweed. Somewhere along the way my camera had snagged off my pack and fallen, despite realizing this near the top i failed to spot where it had landed and was very much, understandly, pissed off. But losing a camera was worth it rather than risking a river crossing in water filled waders in a rising river.

So on my sight fishing tour of the Irwell i actually managed to spot a few interesting things. One of which was my damned camera! Unfortunatly despite it being waterproof upto 1m the charge port flap had opened either when it was dropped or when the river rose and it was broken, though the battery pack section where the memory card is was bone dry so i hope to recover that lost footage sometime when i get a card reader.  As you can see it was in pretty good nick considering it had been there for a few months, bit of silt on it for good measure and you can see where i had found it, imagine this when it was overgrown! 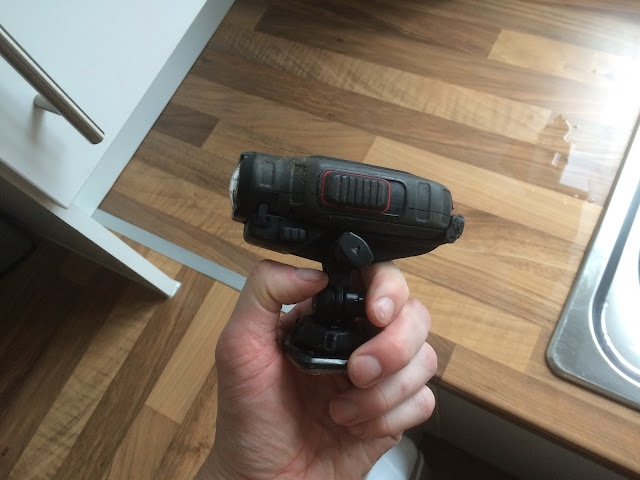 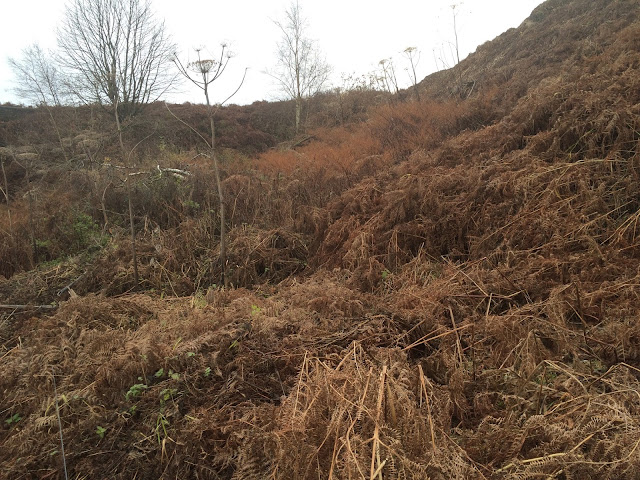 I have plans for a new camera for next season, especially now my daughter showed great interest as the season came to a close last year, i need all hands free handling a 2 year old (3 in april) and helping her fish. Something chest mounted this time, away from waist height, i guess with my height it'll be like drone footage!

Another purchase i made was a new net! With the amount of big trout i hooked into last season i needed a bigger more professional net and why not ship one in from Australia.  Yes it's size will take getting used to, you can definitely feel the drag in strong currents but i can't risk failing to net a big fish and another huge bonus, it has a measurement tape inside it to ensure accurate measurements and faster releases.

Hopefully i will get  chance to wet a line soon, a few grayling to celebrate the beginning of a new year.