Ohhh how much difference a week makes, after demolishing an asbestos garage and jack hammering the floor all week and 2 15 hour shifts at the weekend to look forward to i took some 'me' time and went on the Irwell at the bend i was last. Unfortunatly the hogweed is growing and the japanese knotweed so i know very very soon i will not be able to get this way, need to ask the farmer soon. Anyways, went further down and equipped my sinking line reel as nothing was showing, decided to fish towards a fallen tree, with some good casting going on as i now knew the roll cast (i'd been double hauling since day 1 oops) and that was working brilliantly. 20yard or so roll casts. moved upstream to a riffle i was above 3/4 across the irwell on a higher bit dropping it into a pool behind some riffles. again nothing showing. so went back the the spot i saw a trout jump last time. switched reels to my floating line and put on a fly with a foam ball back. just as i was finishing tying the hook a fish jumped. literally on the rock causing the riffles. so i crept on down, i was above 25 yards away, and could only get about 1/2 way across at this point as it was majorly deep and very slippy on the river bed. i was having to cast across the current and give line out to get to the riffle. the fish jumped again. i edged closer almost falling several times. i got about another 5-10 yards (felt like a mile when you slip on every rock when your waist deep and you can't swim) did a roll cast on to the riffle, it went over the rock the line dragged across the current and the fish jumped at my fly. just missed! i pointed the rod down, pulled the line taught, and roll casted on to the riffle, it skipped along, then i saw it, wasn't a massive take just a peck off the surface, and seeing my line shoot across to the far side of the river i struck up, i felt the fish, nothing big, but it was my first trout i'd hooked. i'd stalked it and hooked it. now stuck waist deep, without a net (as i snapped it wading down the river) i was stuck in 2 minds. do i go to shore or do i fight it here. it didn't matter, i felt the line go slack. i laughed, the adrenaline was pumping even though i'd lost the fish. It didn't matter i'd actually done well enough to hook it from spotting it. i reeled the line and then it hit me. the blood knot i'd put on the hook had come loose. i must of hurried it when i seen the fish jump first. that was a kick in the ballsack. knowing my own mistake not the equipment had cost me the fish. i waded back to shore and put on another floating fly. added some floating liquid on it to help it and tried the same spot. nothing showing, nothing moving it had gone. it had started to rain at this point but i said to myself 5 more minutes. i moved back to the pool and had a few casts, nothing, then seeing some farm girls near the river with the horses in the distance i contemplating asking about passage through the farm to the river, then a fish jumped 10 yards away, i cast (a very low double haul) under a tree, the fly wasn't good enough for this fish after 20 minutes or so. i decided to pack up and go back, the 500m wade up a deep river with hogweed on the sides was tough, but determined not to get stranded should the river level rise i made it back quite quickly. after climbing the hill and over the wall of the horse bridge, i sat for a moment and laughed. this was the start of something, i'll learn from my mistakes and make sure every knot is perfect (and to be fair i did pull on the hook to test it and it held) so next time who knows, 3 times i have been to that spot and 3 times fish have been there, no wonder, without farmers permission the chances of fishing there again are very very slim. 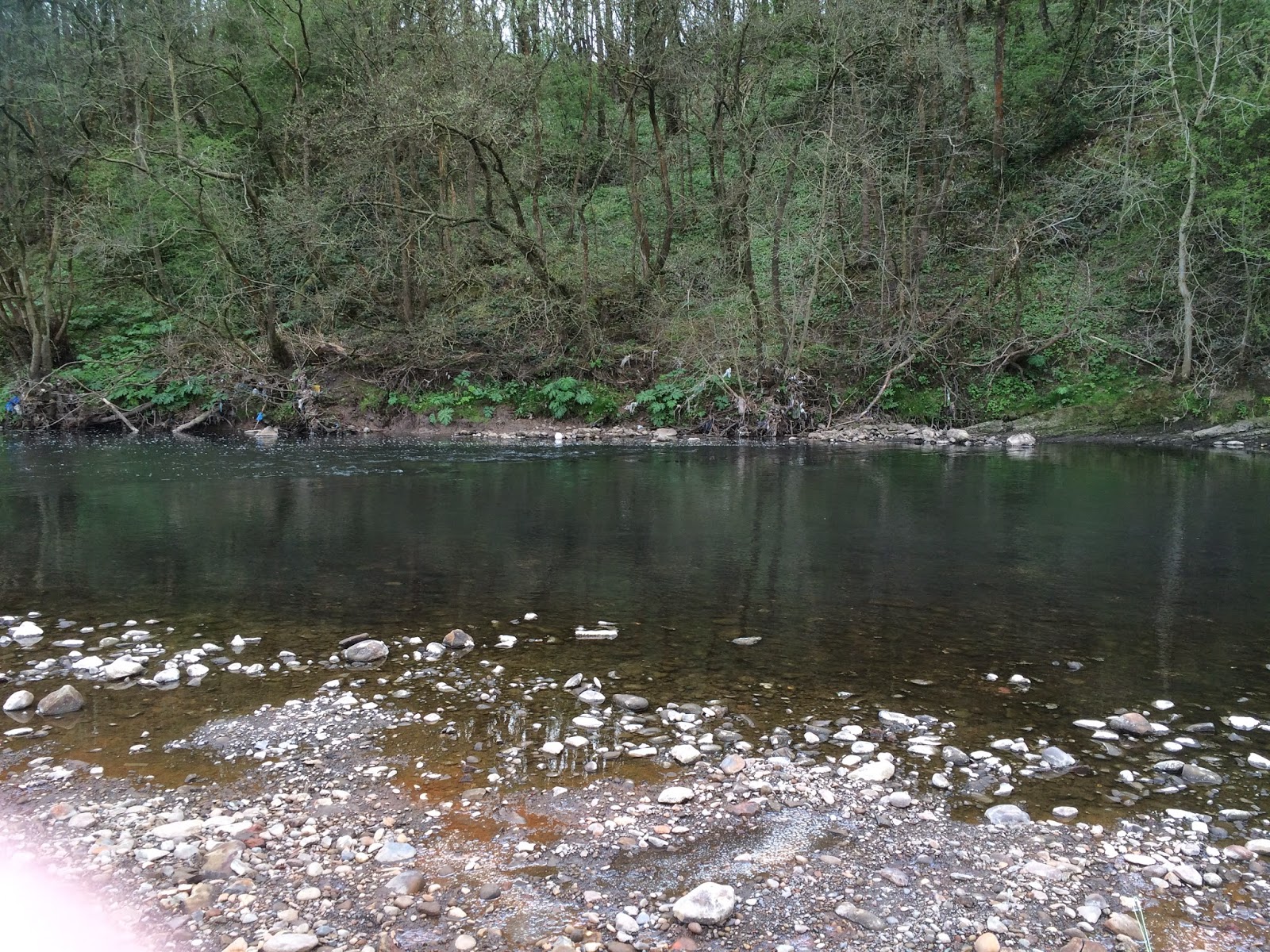 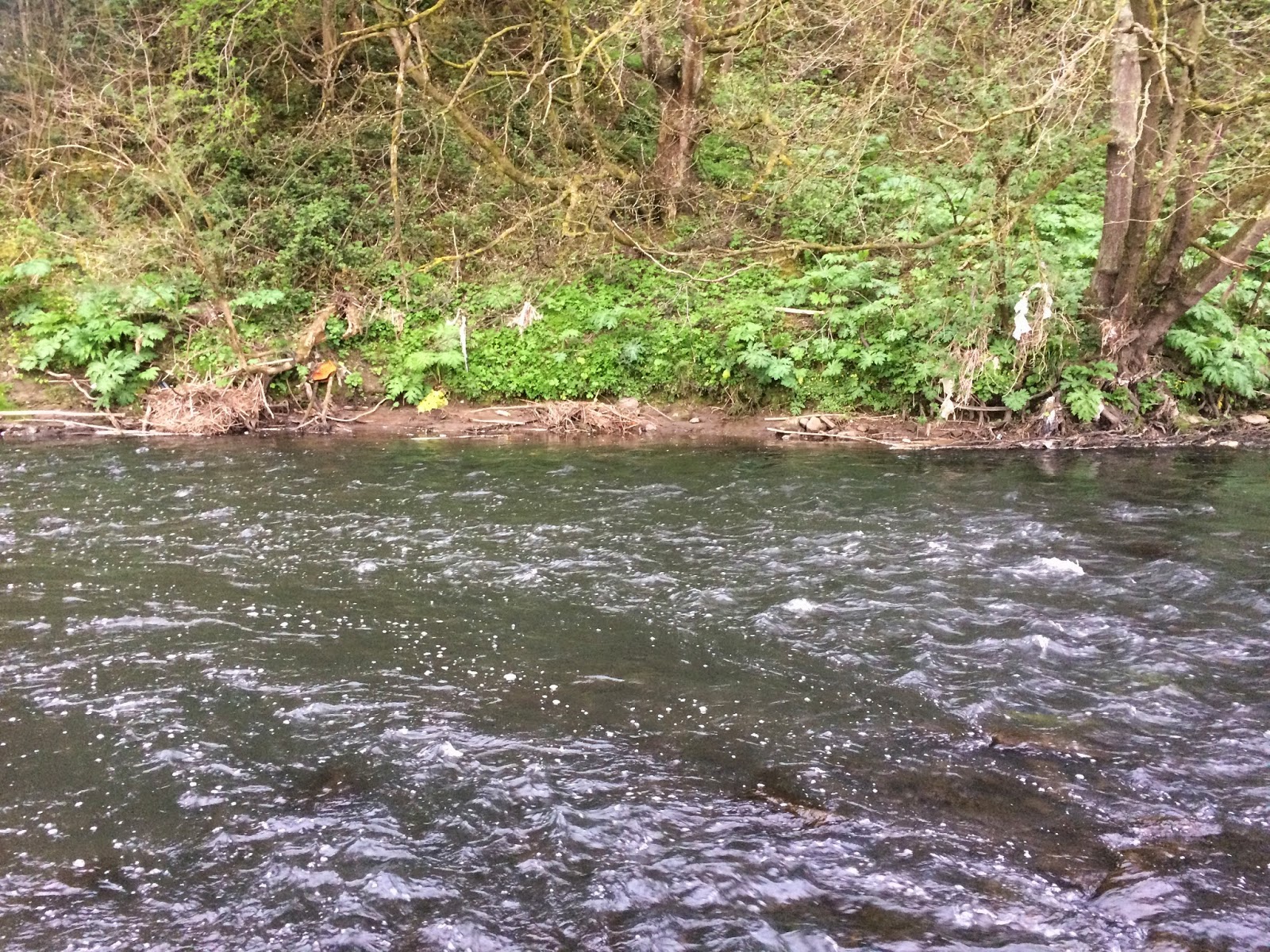 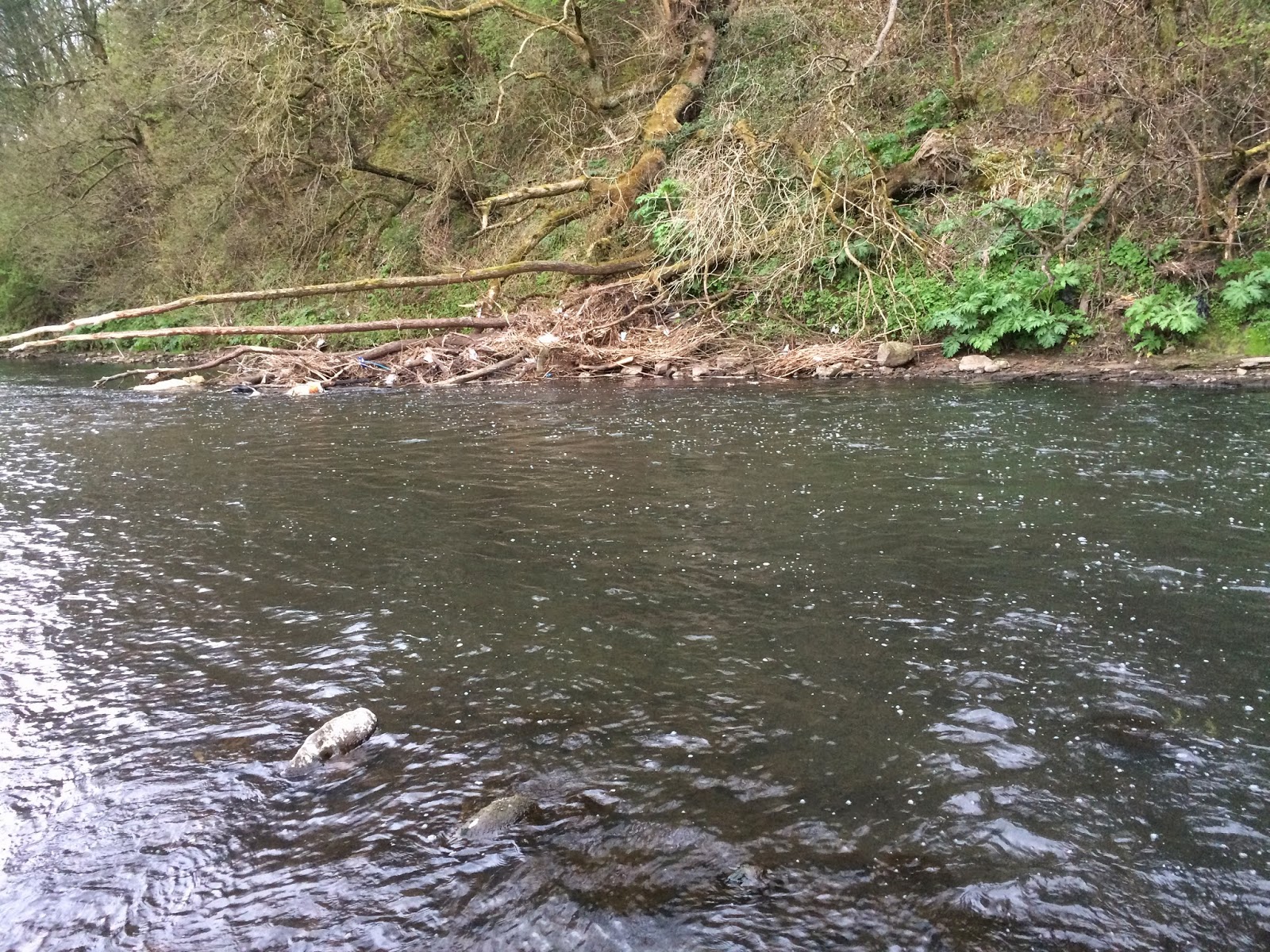 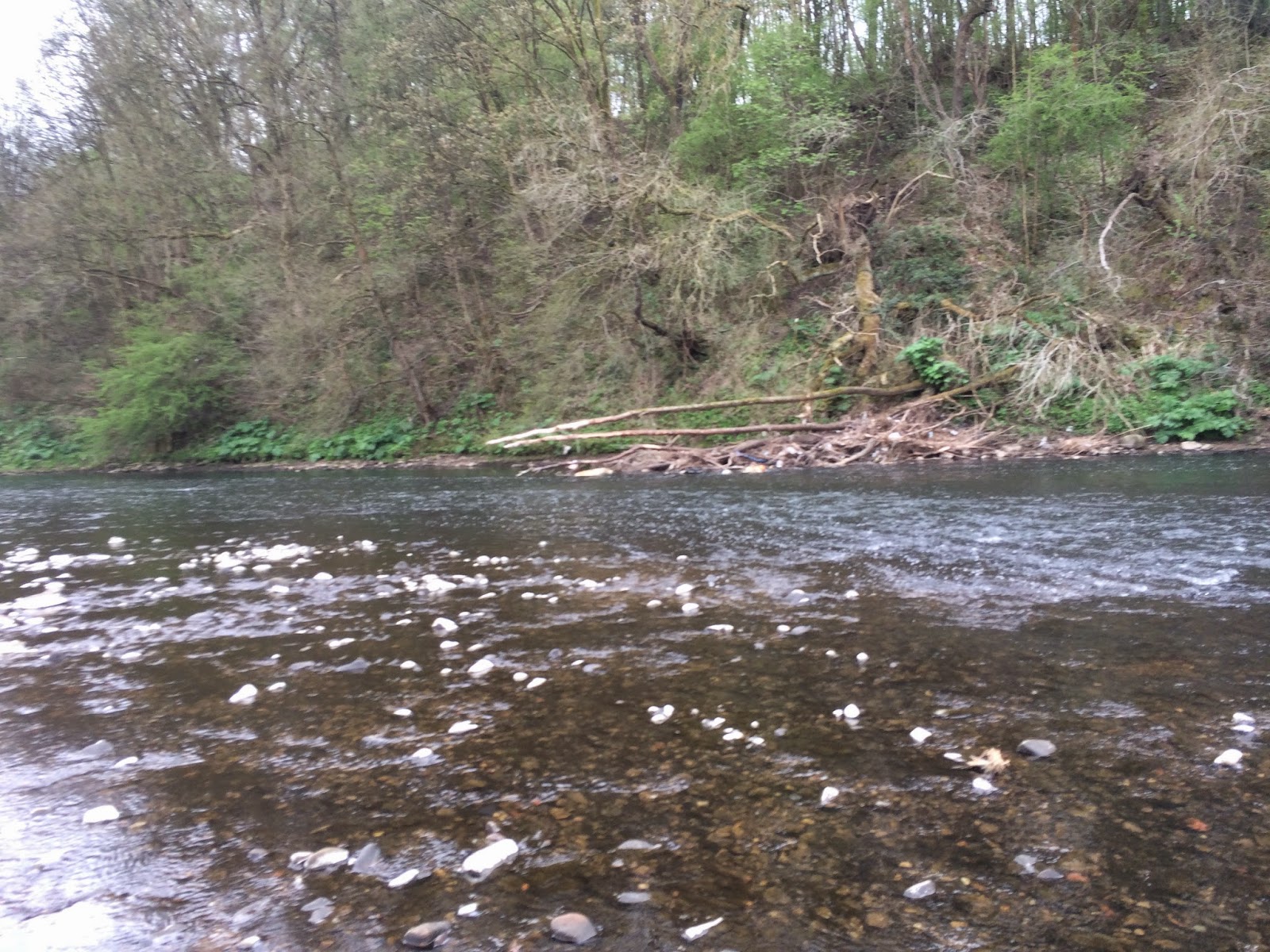 Posted by David Bendle at 12:54 No comments:


4th day of fly fishing and massive improvements. Polaroids with me now so better visibility under water. Walked down from the canal bridge through the water. Taking care of my footing as deep in places. Reached the confluence of the river croal/irwell and got to the gravel bank i'd been planning on. Last time i was here i was on opposite bank where 7lb trout jumped. With a 3 fly rig set up cast downstream, wind on my back. Nothing flying around so after half hour of aiming into different holes decided change set up. Copper and a damsel. Just finished tying the leader on (8ft) when about 20ft away a 1lb trout jumps in front of me. Silently crept over the bank and slipped into water. Cast over and around but it didnt rise again. Never seen my casting i prove so quick. Now i was where the fish was i just had to hope he took it after 20 mins i realised it had probably gone so move to the top of the riffles and cast inthe pool above. With the wind chill setting in and the clouds moving in. Knowing the way back i had to wade decided to call it a day. Better luck next time eh? 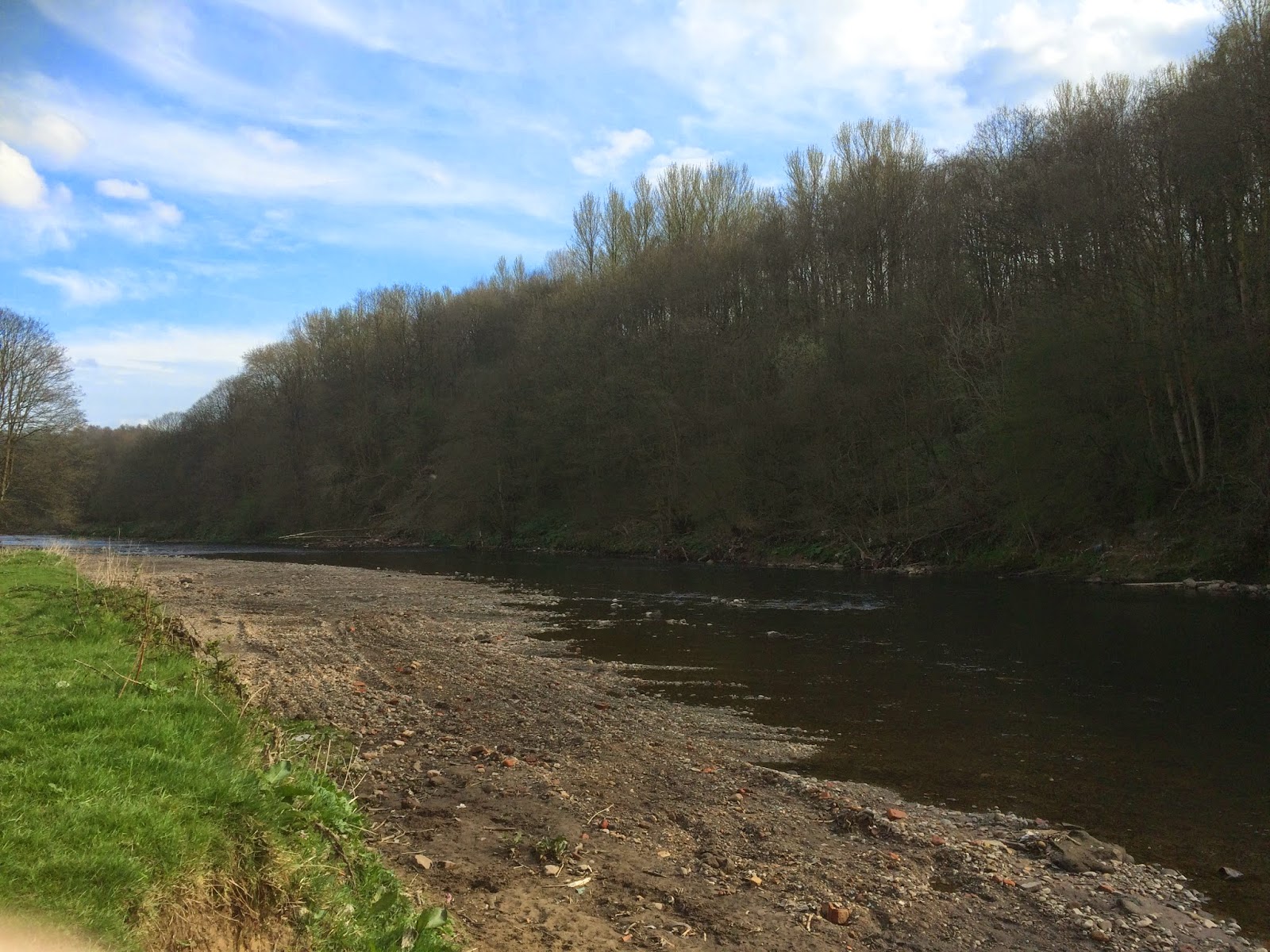 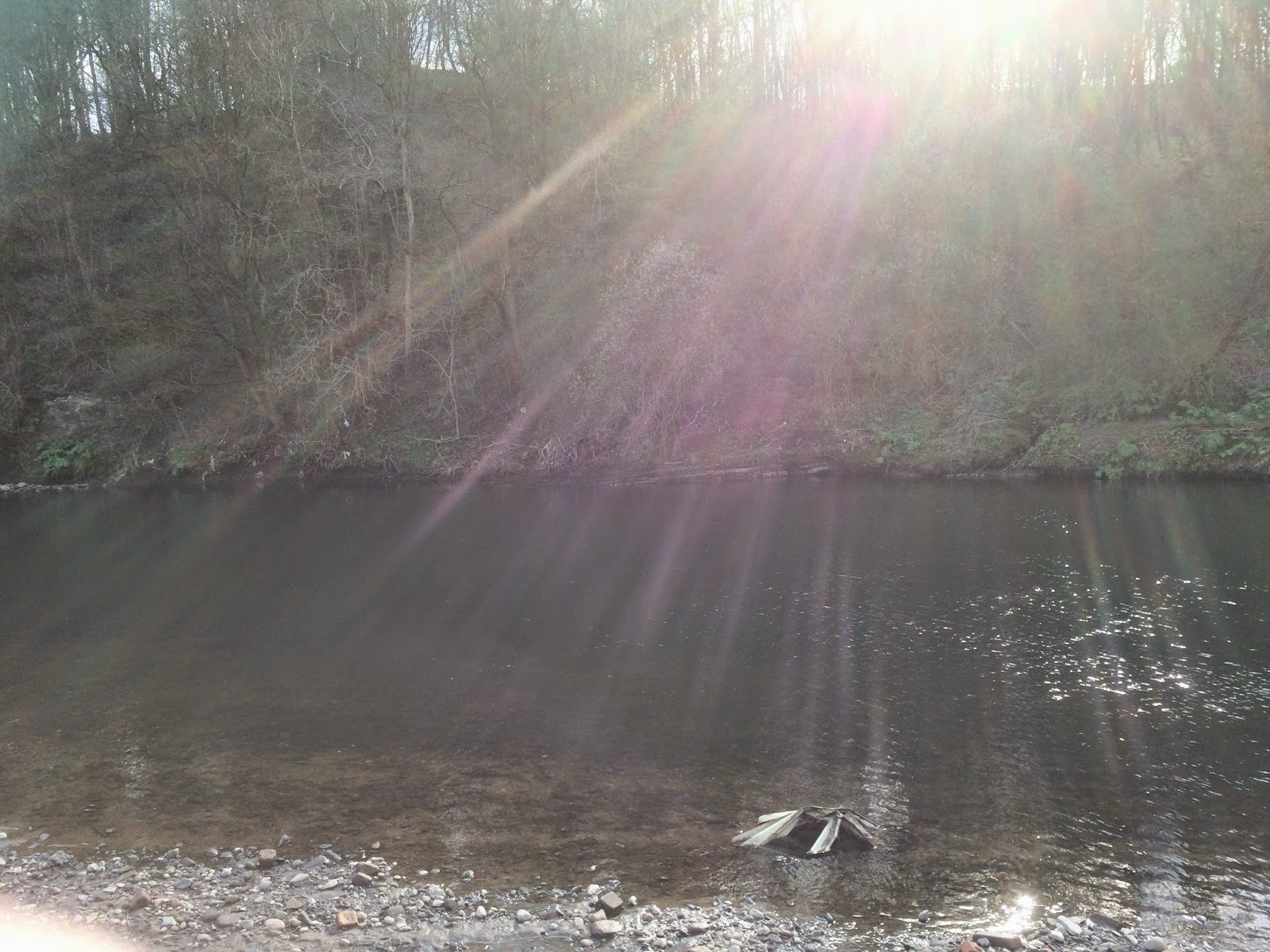 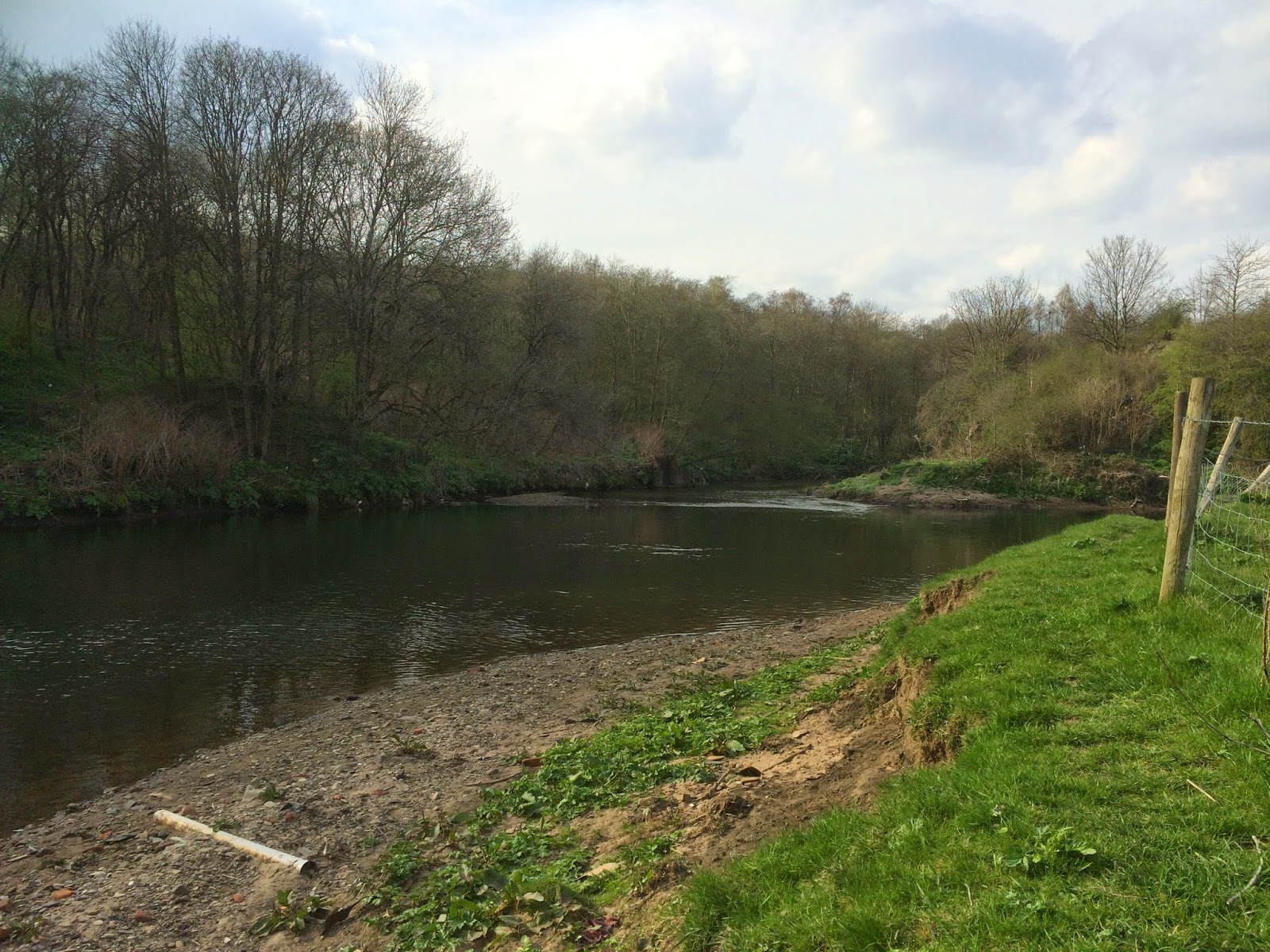 Posted by David Bendle at 12:29 No comments:

So today was a warm bright day, plenty of stuff flying around so decided to dip down to the river, tried the knocked down factory which looks very promising. no movement though. didn't fish near the  weir went to the gravel bank on the right of the panorama as the water was slower and tried my new blue damsel it eventually caught on the big rock i was trying to float it round to see if anything was taken cover behind and a dog jumped in not far downstream so decided to move.

Went over to Ladyshore and went down to the weir. Tried above it but the wind was stronger than the current and the fly was going the wrong way so went downstream where it was running faster. Tried under the trees near the old bridge legs and around a rock to see if anything sheltering, nothing. no movement or signs anywhere. though a bad sign was finding several ducks floating down the river, one washing onto a rock showing its neck was ruined, probably mink so i've been told. Was using a midge at this point but a swell of wind blew during a cast and put me in the tree i was aiming under. Lost the leader line so will have to relook and practise my knots.

Thankfully my new reel came so hope it works better than this and with a few new flies on route it will be good to test them, though will be more exciting aiming for a fish i've seen jump than trying to find one in a 39 mile long river. 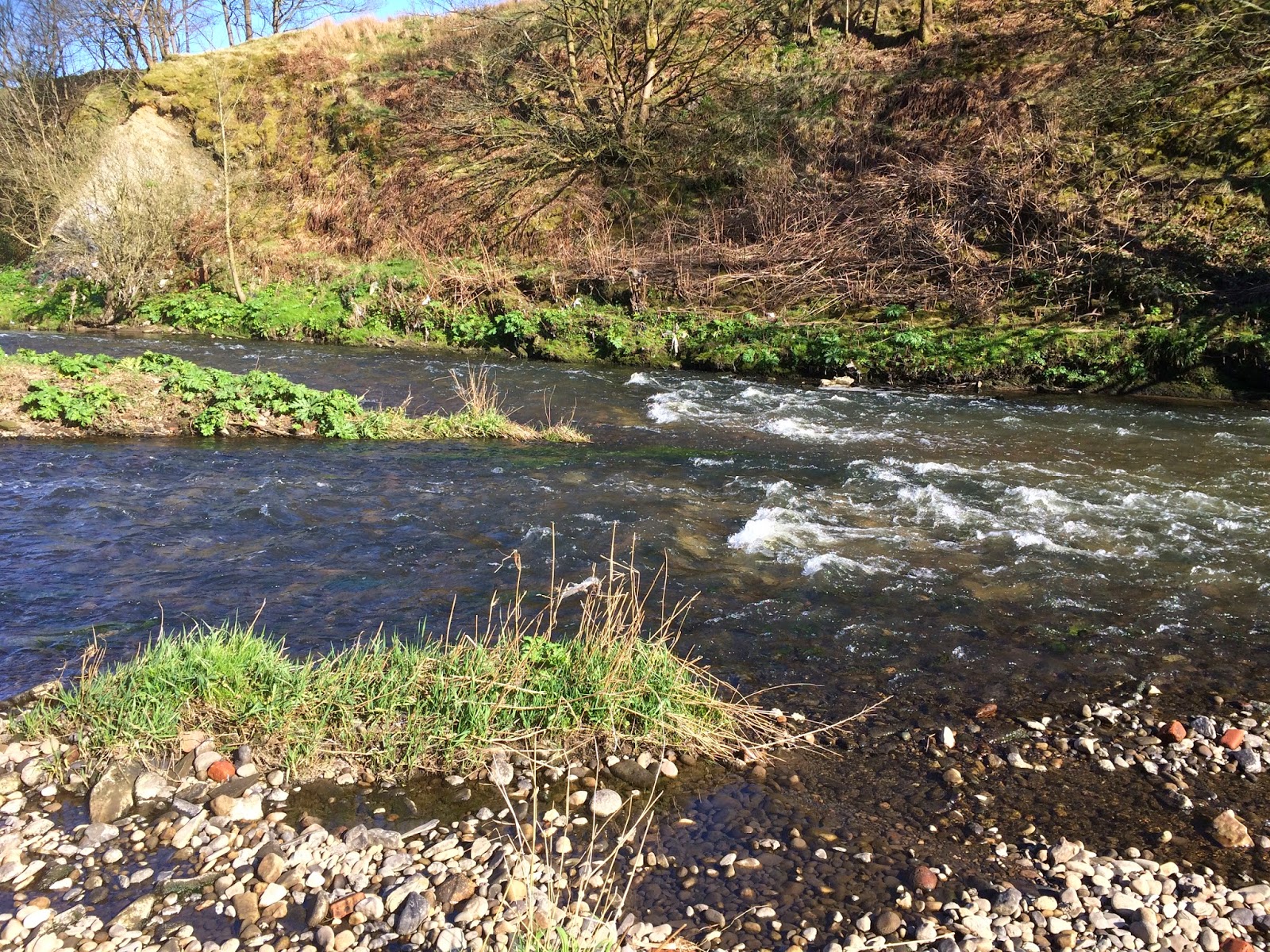 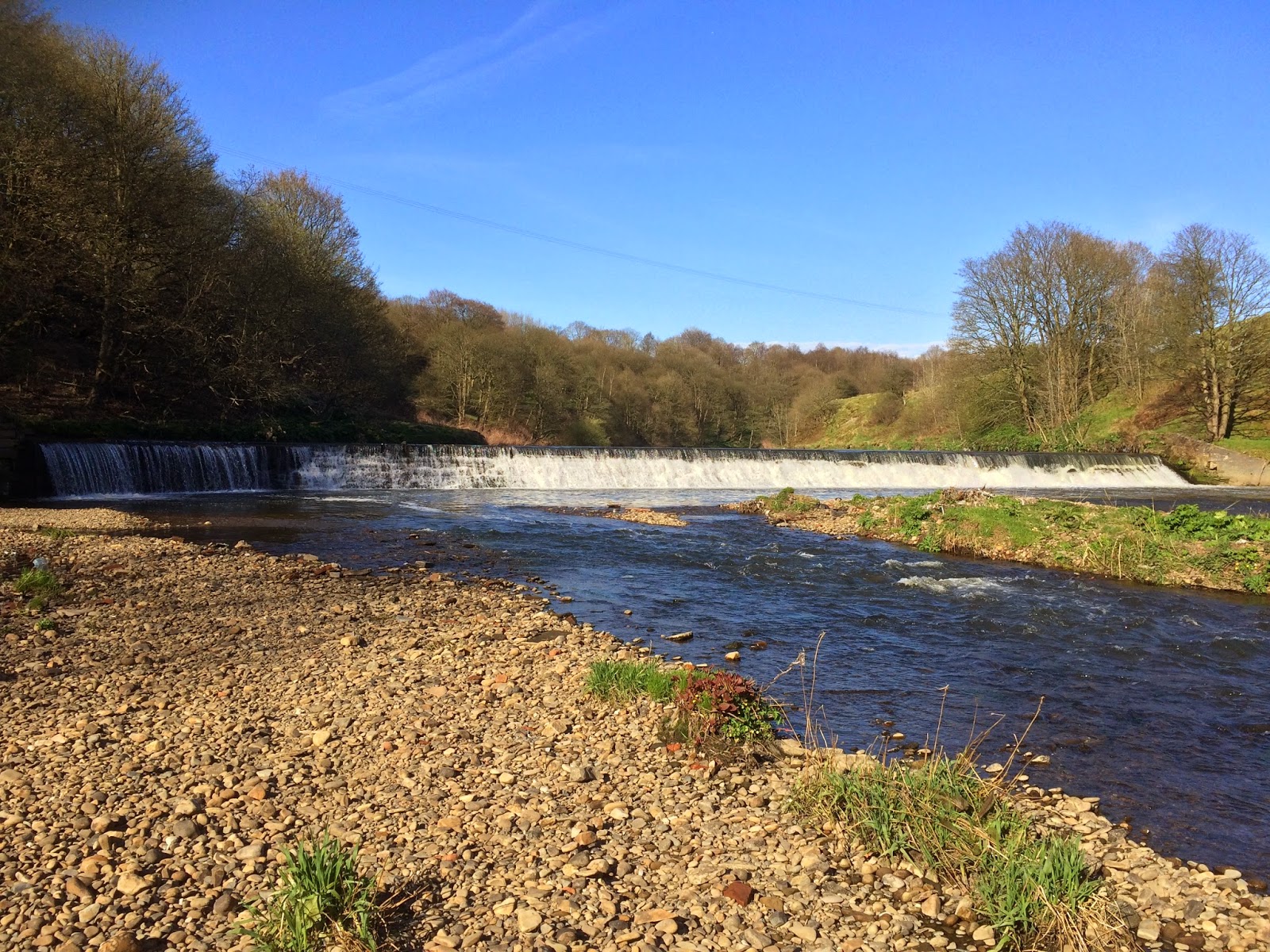 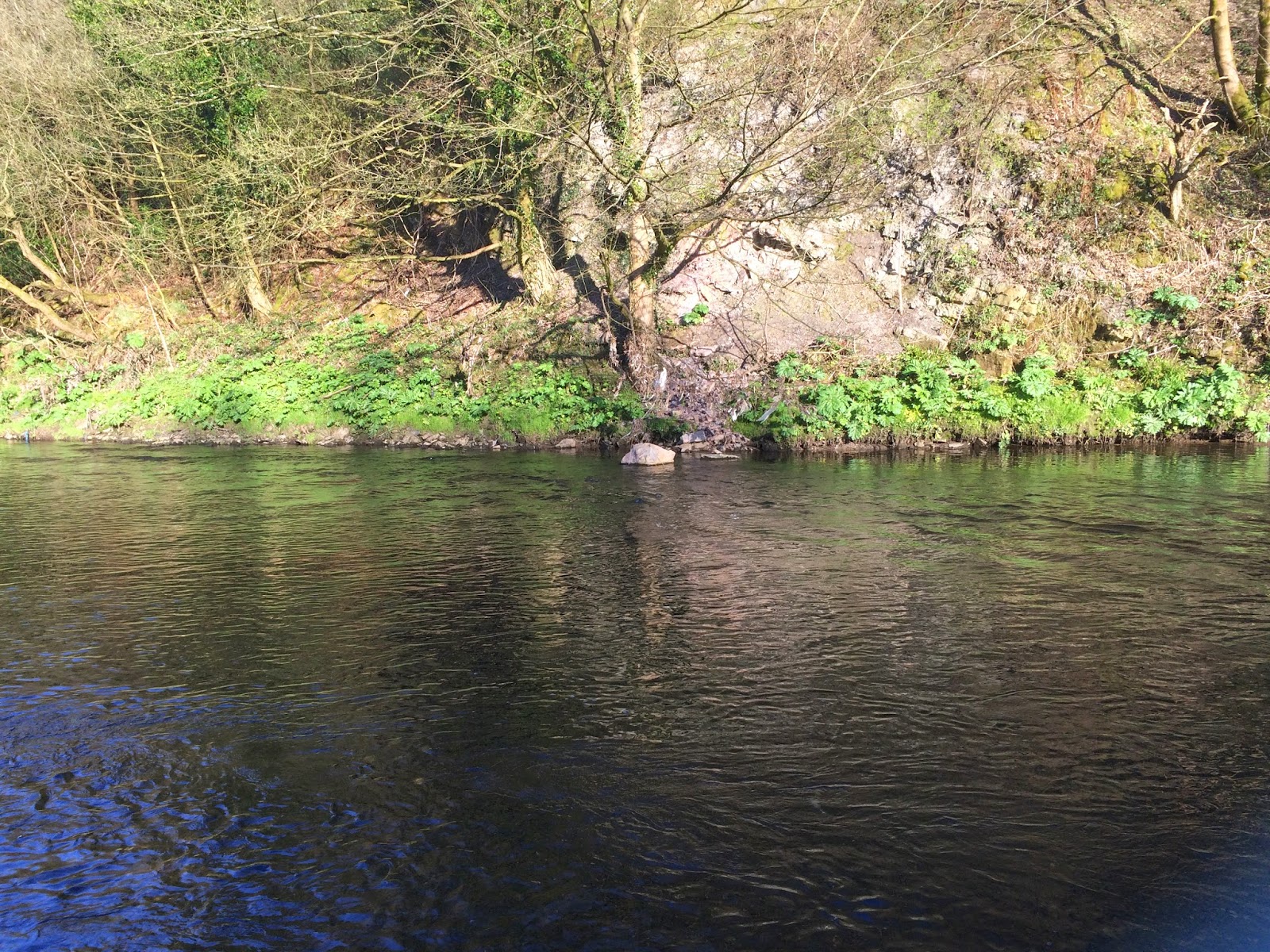 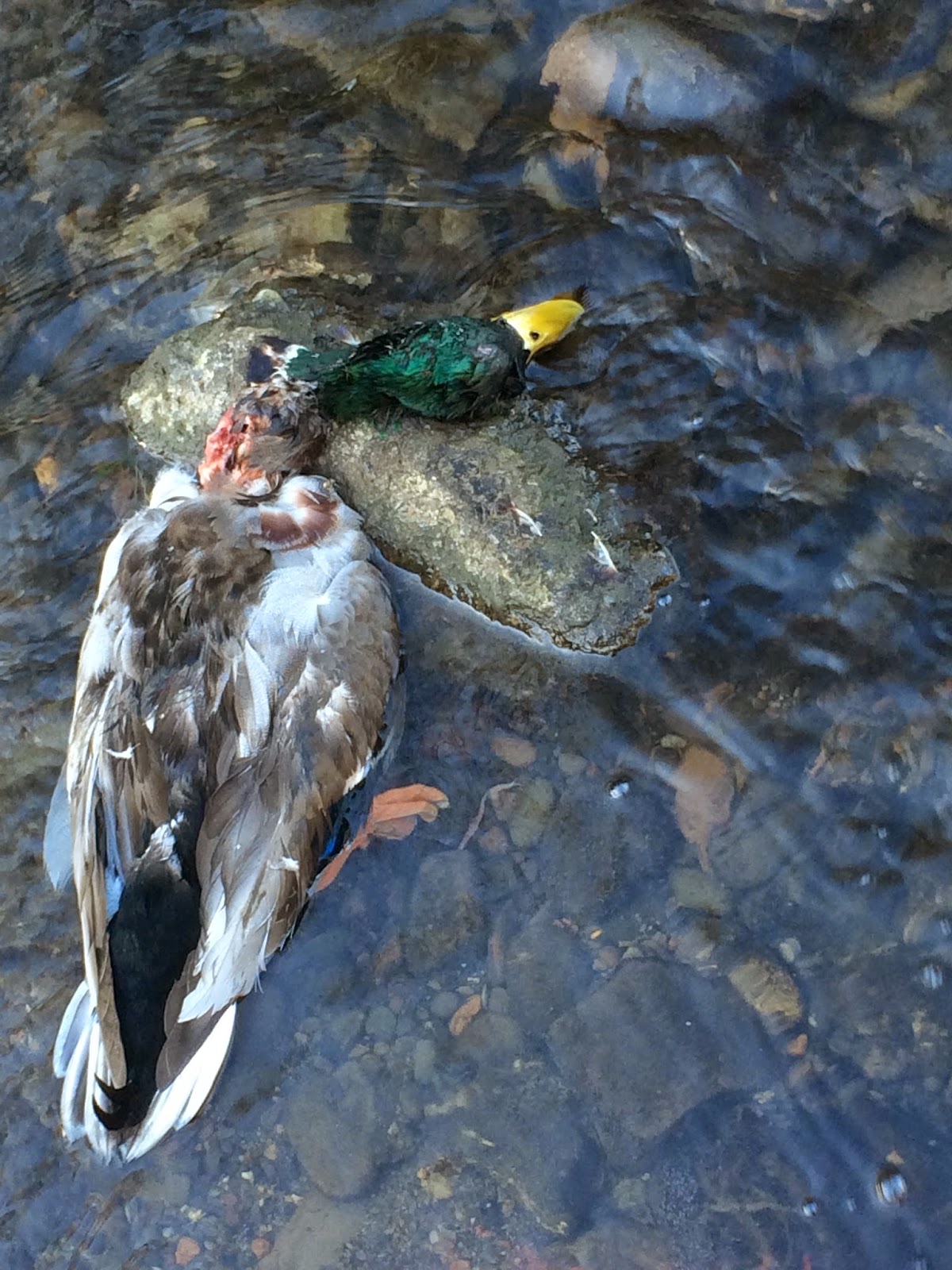 Posted by David Bendle at 14:02 No comments:

Second time fly fishing today, went for mainly casting practise again at the end of the Croal where it joins the Irwell, waded across the Croal to a small bank on corner after a few casts from the mid-river where getting sucked into the whirlpools. The Irwell on the outside of the bend was at least 4-5 foot so couldn't risk wading across to get to the gravel bank next to the farmers field. Low and behold downstream just past the first gravel bank on the left a trout jumped. going off pikes size/weight it was about 8lb so a jacker. I might of been there for practise but i soon had the adrenaline going and was wading back across the Croal. The bank on this side is very dangerous hence why i want to get to the opposite gravel bank. The hill goes down about 30-40m and the angle is about 60-80' in places. I found a deer track and followed it till i spotted a 'safer' way down. went down the hill, ground soft and wet despite the weather, so was careful. 3/4 down the hill some ducks land in the spot i was going to fish, don't know if that would spook a fish but i presume it would but determined i moved some dead trees that had been washed down and got on to the rocks. The river here is deep in places. i need to invest in polaroids to see the bottom better, seems there are 'potholes' deeper than my leg could safely reach (im 6ft 8) but managed to get about 1/5 of the way in to the river. Over hanging trees being a problem so i kept my cast low but straight and didn't do to bad under the circumstances. stayed for about an hour but no further movement. Now as i am very much in the learning process, i have a few problems, on my final 'cast' when i've pulled the line to a nice length it tends to cross over my rod and snag on it, i get a perfect curve up until the last part and then it goes a bit skewiff. Also invested in a new reel as this one likes to pull extra line off when i reel it out. Any tips and anyone fish up here? Took a pic of the things landing on me too. Going to try to get to the gravel bank next time (see map route) , as the current runs away from that side and no snags when casting. 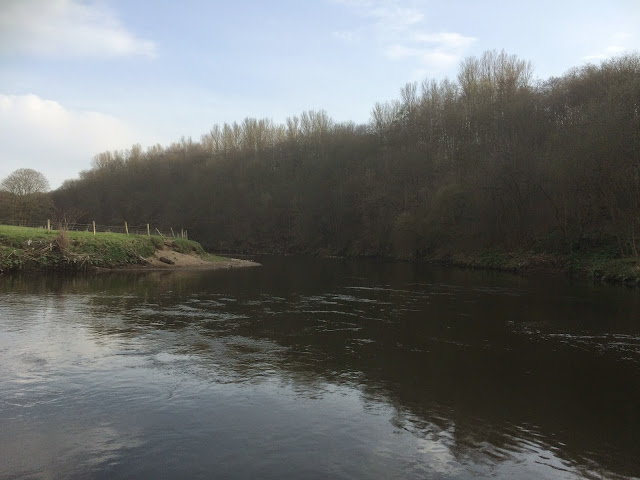 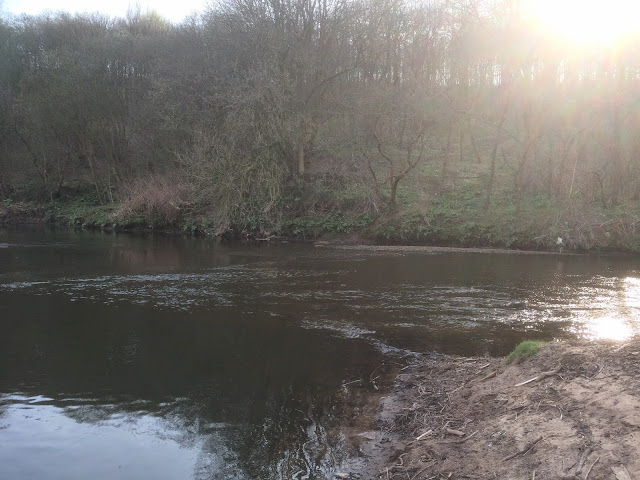 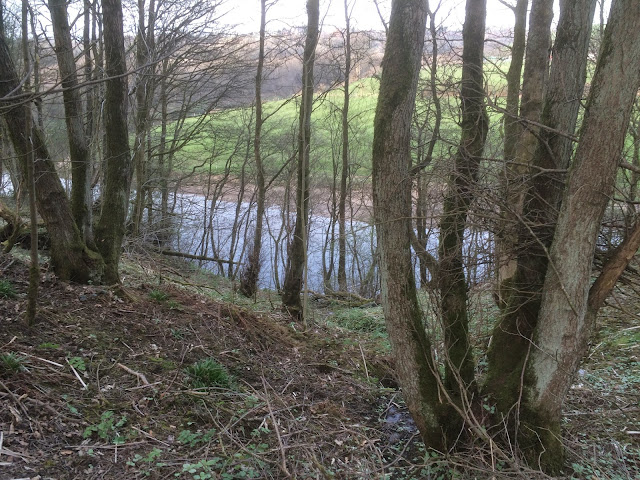 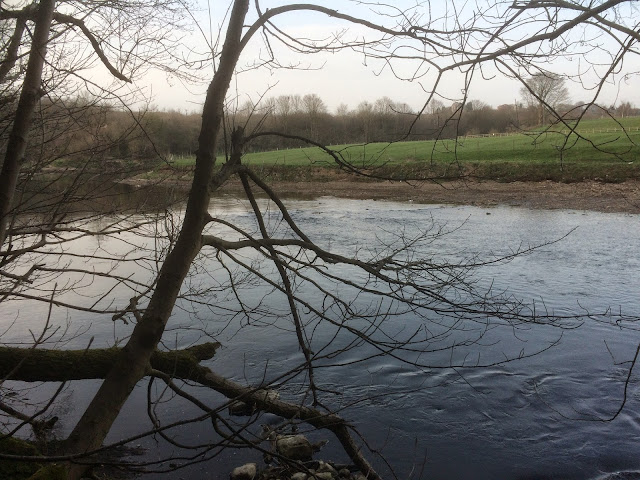 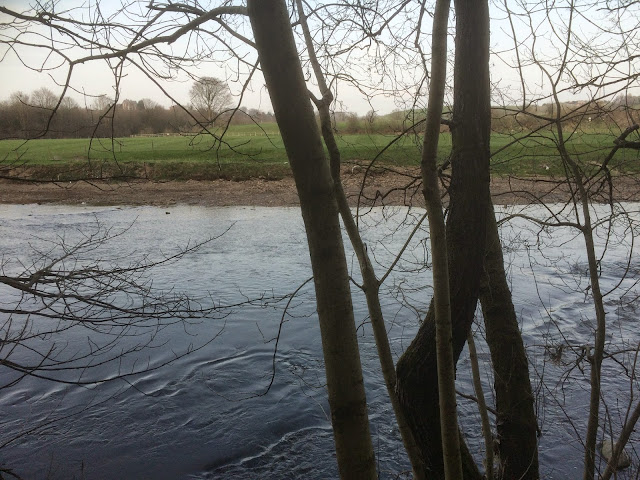 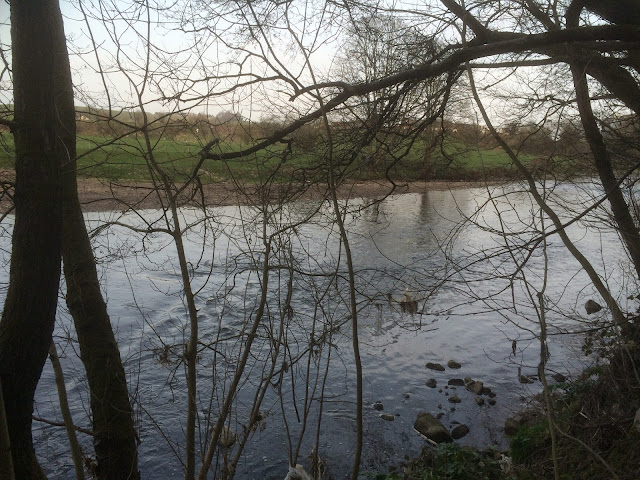 Posted by David Bendle at 13:51 No comments:

Fly Fishing - Back to the beginning. Day 1

Fly Fishing. Why? Well as a course fisherman from the age of 4 to 15 i got hundreds, well thousands of fish varying in size and weight but i hit my peak when i caugh a 5lb 11 perch (spawning female) and a 5lb 2oz perch under the same tree on an old mill pond. I've caught pike well into the late 20lbs but these where probably my best catch. A little flick of the rod in front of a submerged tree and gone in seconds.  After that school, college and the rest got in the way of things and my rods were put away for good. Now 10 years later, i fancied a new challenge after seeing a Trout jump near Wilsons Bridge over the R. Croal, which is literally 2 minute walk from where i live, i was hooked. I knew the waters had been polluted a few year ago and alot of work was going into fixing them, the removal of weirs for example, but some say still not enough and probably rightly so.

The first day i went to Ladyshore. Over Wilsons Bridge, over the bare land at Nob End and upto the 'top canal'. followed the streets towards the stables and down the cobbled road, over the canal bridge, down a hill and boom, Ladyshore. The weird i wanted to fish was occupied with some kids smoking weed. School holidays! so i carried on around the bend, i wasn't expecting much as i was there to practise my casting. Spent an hour there with mixed results. Enjoyed it still though!

Posted by David Bendle at 13:39 No comments: