With my tally of trout since beginning fly fishing 25 sessions ago surpassing the 100 mark i have still so much to learn, and am still testing various techniques and combinations.  One thing i have not had too much success with is dry fly, why? the area i fish bar 2-3 very deep runs that are not safely wadeable thus the fish like to sit on the bottom, bar very quiet periods later in the evening.  These deep stretches i have always seen trout rise there but one section is overrun with knotweed and hogweed and is only accessable via the bank due to the depth and the over has a slight platform of rocks that allow limited access but is down a 80' slope. Now i may be 6ft 8 but i am quite nimble (i used to be a goalkeeper before i dislocated my knee and broke my wrist) and have an advantage of being able to climb bigger footholds, in this case roots.

I had caught 2 and lost 2 trout nymphing, 1 i lost at the bottom of the weir with an audience of teens who stopped playing in the river to watch, which was a pleasant surprise, the fish wasn't willing to play ball and got off after a tough fight, nothing special just alot of large rocks to navigate.

I was on my way home as i had to meet Mike France as we was going up to LBA HQ for kick sampling, and seen at least 4 fish rise and 1 very big rise, all in the space of 30 seconds. it was something i couldn't ignore.  This was the first time i'd risked this climb but it was pretty straightforward for me, how Mark Thomas handles it we will see haha.  Now a Hawker Dragonfly had taken a liking to me and had been on my fishing jacket for most of the day, and that coupled with the sheer number of dragonflys and damsels i'd seen i tied on a large cranefly imitation. (o.e Mohican Mayfly BL)

Now there was a big rise again but it was still to far for my casting capabilities without risking spooking it so i aimed for the small rise that was just on the drop off on the edge of the 'platform' of rocks i was stood on, it was only 15 feet or so away.  I cast and within 2 seconds, an almighty splosh as a huge rise took the fly, i struck instantly, felt the fish turn it's heavy head and it was off.  Damn it.  Now as i have little oppurtunity to dry fly i talked to Mike on the way up to LBA about what i could of done wrong. And we came to the conclusion i probably struck to early, as the fly is larger than the hook, the fact i struck instantly meant the fish hadn't had chance to fully take the fly meaning the hook had a high chance of missing, which it did. I now know to be a little more patient for a rising take.  It could of been a trout or a chub easily, was it the same fish that rose further upstream? a good 20 feet or so distance from the rise to the take so maybe it is a nice holding area in this quiet spot.

I look forward to having another dabble on the dry and i promise you i will get you a new PB soon. (15inch is my PB so far) 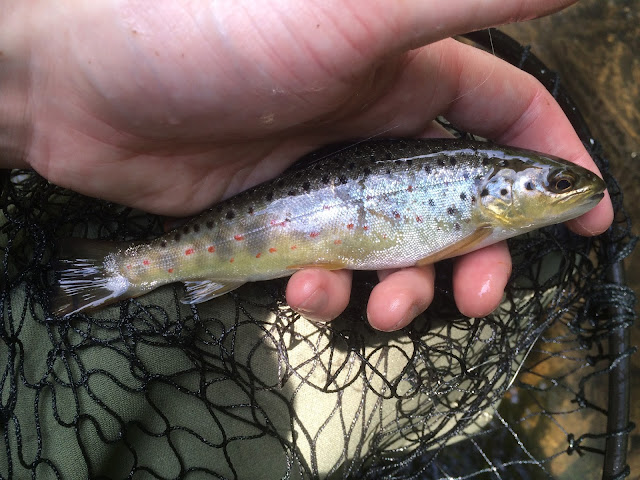 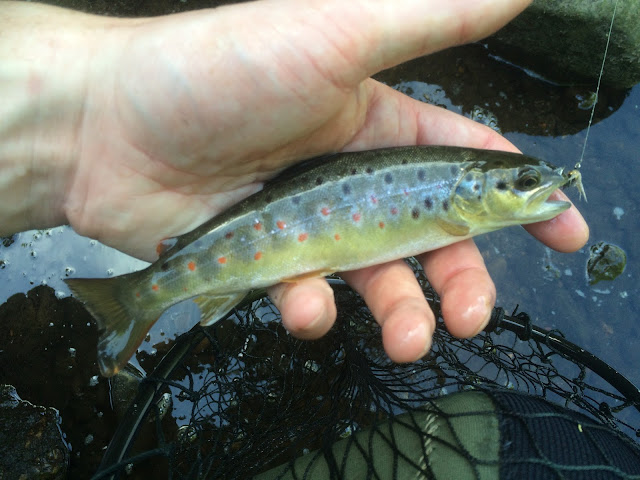 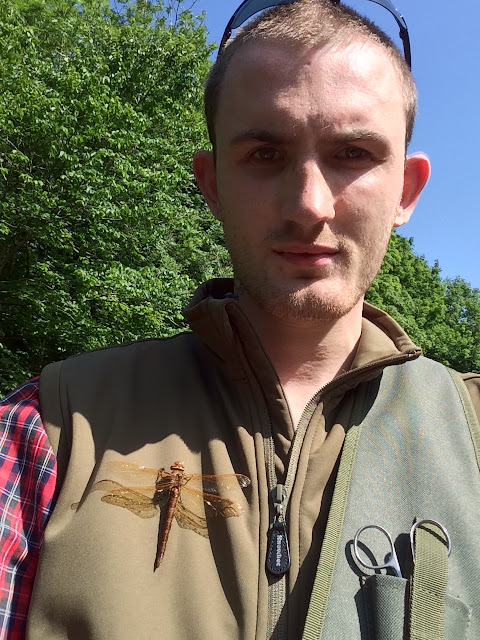 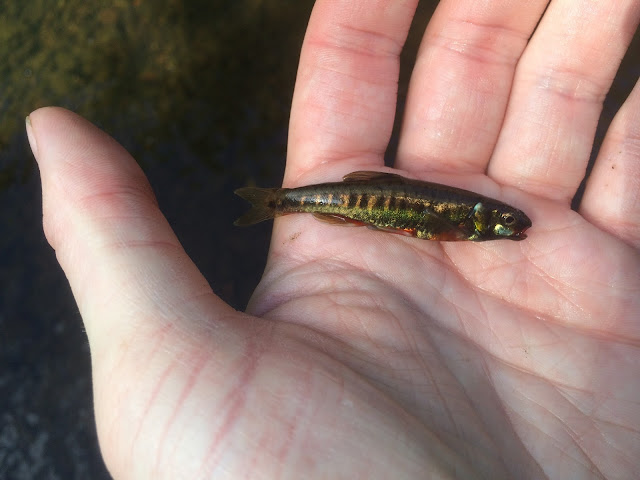