It had been some rough weather since the last time i had properly fished with some brief encounters on the river but with the Mrs off work for the day i decided on an early morning raid for some 6am fishing on the river.  It was a very cold and frosty morning, my breath hanging in the air but i still donned a t-shirt and my new waders! I expected the water to be quite murky after several days of constant rain, enough breaks for the water level to drop to a decent summer level thankfully. With murky water expected i planned on a parachute BWO and a nymph klink 'n' dink method. However upon arrival visibility was around 2 feet tops which was more than enough.  Sat watching there was no fly activity, probably too cold for a hatch and definitely nothing rising so it was the Czech Nymph and black and white rib flashback nymph set up. Black should stand out well in these murky waters.

Starting off in the 'testing' run i caught a small trout, quite girthy, in the tail water but had no further hits.  Reaching the pool i have caught my biggest in i snagged on some overhanging crap and had to snap the line as the pool is too deep to wade, noticing the flies were moving a little fast through the water i kept the BnW Ribbed but put the good old depth charge back on. Alot of water fished and nothing showing, barely any insect activity and was a struggle through the knotweed which has grown well since i last fished here. 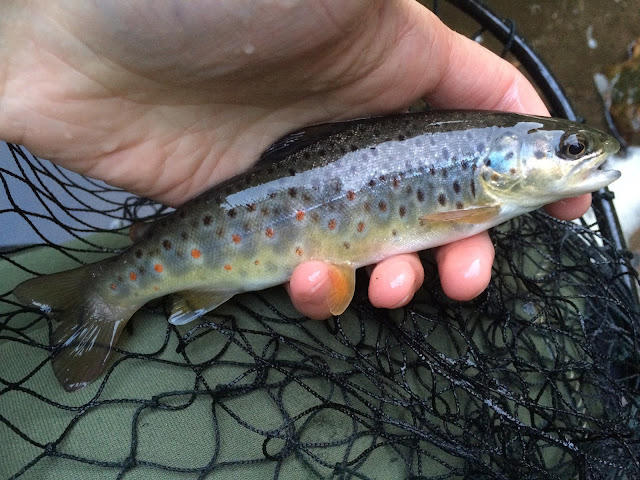 As the sun rose above the trees i reached a section that allowed light on to the water in a small section. I watched the bite and struck and felt a good fight.  With the rising sun being right in my face it was a little difficult also as i could barely see where my line was.  The Trout was in a decent pool around 2 feet deep surrounded by large rocks and it was dragging me between them, rod high and arm stretched to allow the line to not lie on the rock it then swam straight at me, disorientated with a mixture of tiredness due to only having one hours sleep and the rising sun i had trouble netting the fish as it swam round my feet, my rod held as high as the trees allowed me. Luckily i found composure and netted the trout. A nice 10' specimen, colored well in the rising sun. 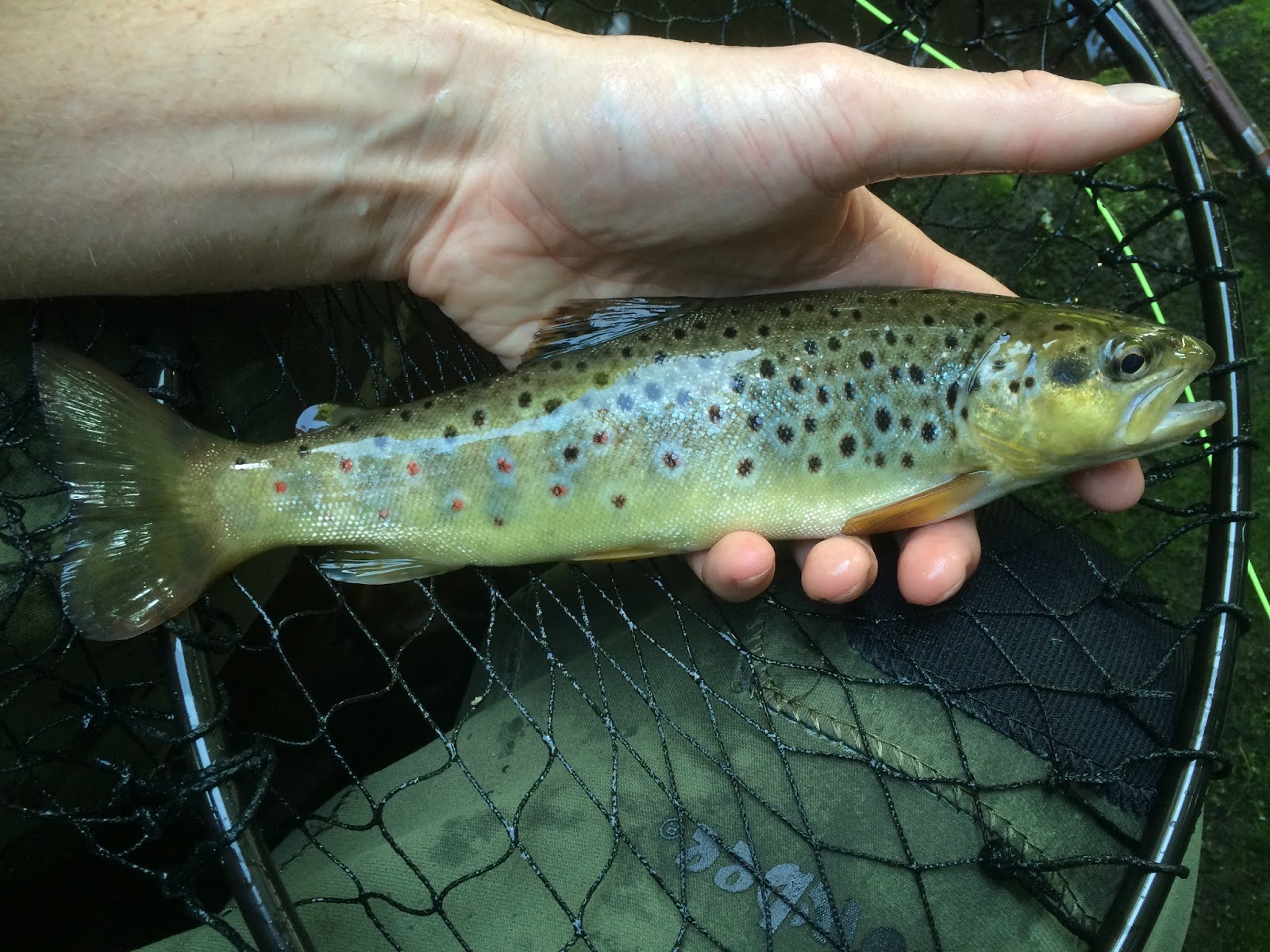 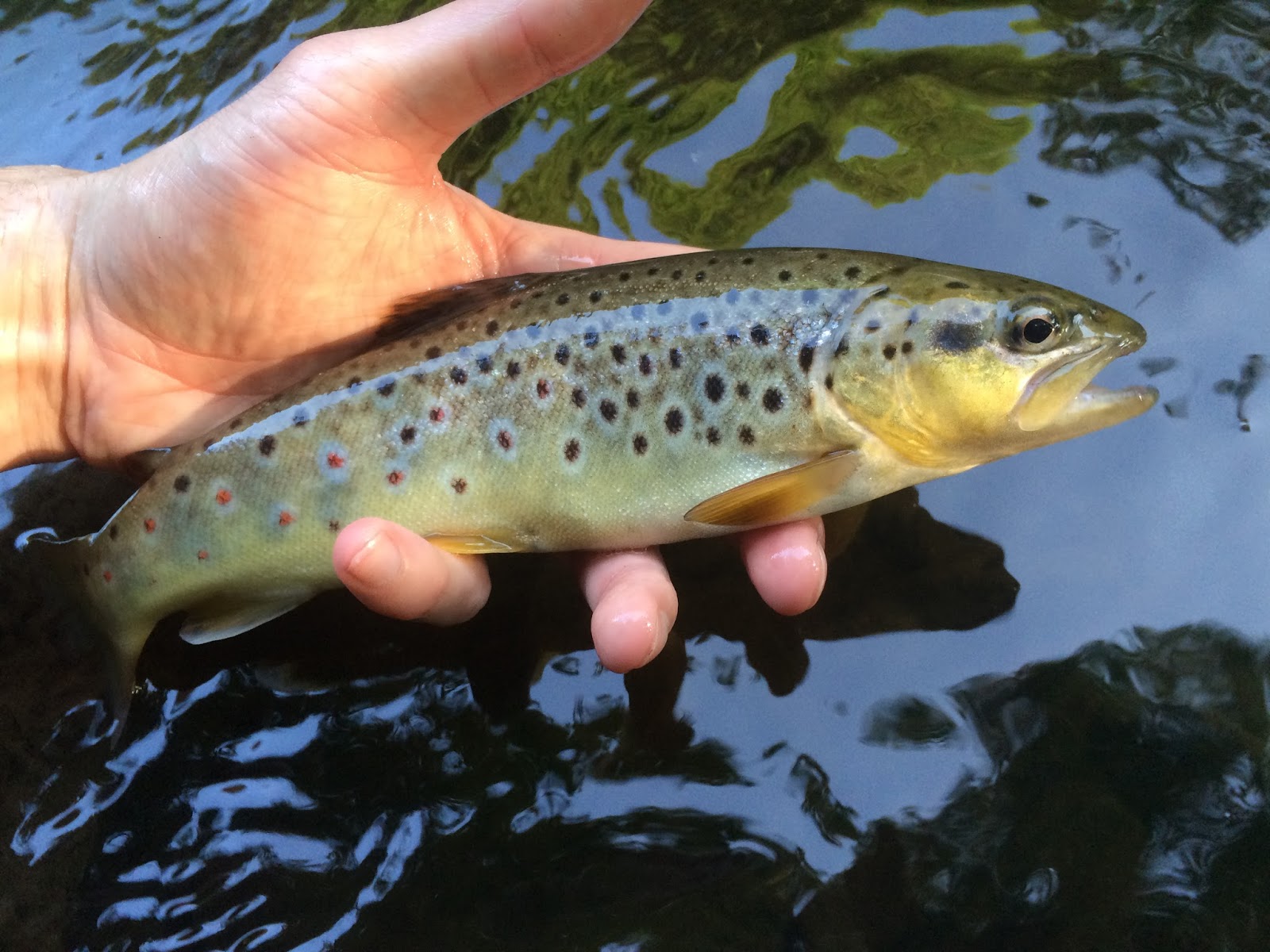 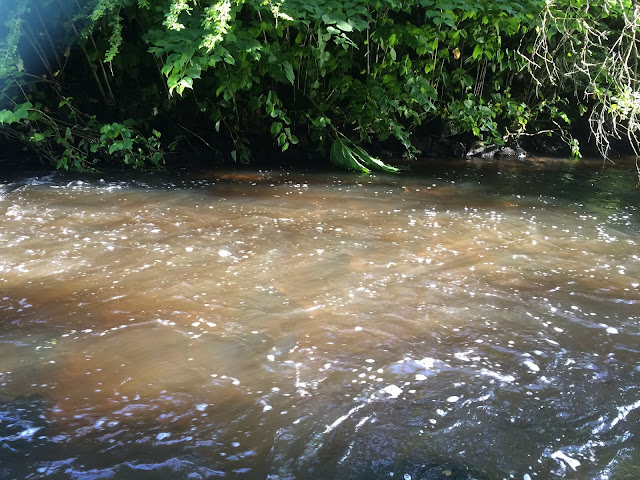 I lost what felt like a small one in the same sunlit pool before i moved on, on the last section i usually fish i fished the tail water which leads into a long slow glide, this stretch is a hotspot for trout with over 30 coming from this section alone.  Wasn't long before i was in again, a good take and quite a decent fight from the little guy, finding it easier to fight them under the water but i still think they could come off anytime. 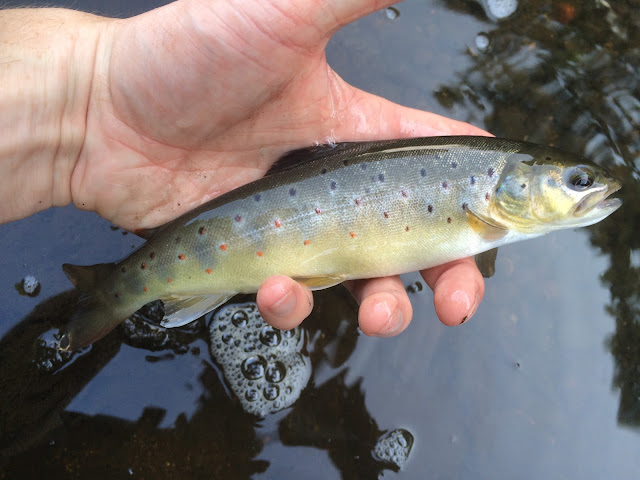 As i reached the start of where the riffles run into the pool i got a slow hit as my line reached it's 'lifting point' as the line runs out and it rises in the water. It was a good hit despite the slowness as it instantly began running some line. Feeling the pressure the trout leaped out of the water and i waded a little faster after it as it pulled me downstream. allowing it to have enough line to swim deep it turned and swam upstream which didn't work too well for it as i put the brakes on and had it swimming on the spot to tire itself out. Confident i could pull it across into the shallows i got an easy net and another 10' trout. A little leaner than the first but a good fish none the less. 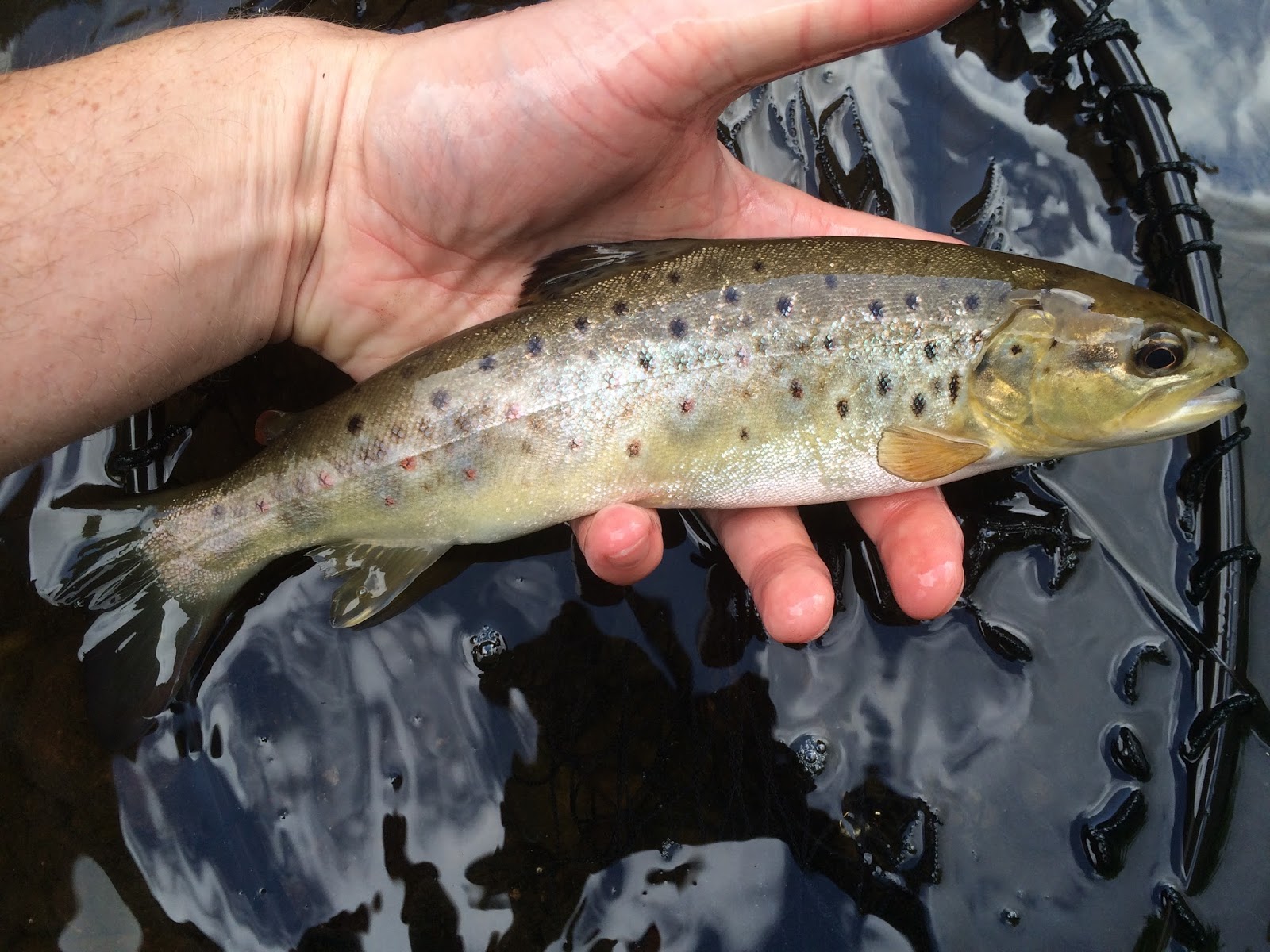 On my way home i decided to have a quick look at the croal, lost one fish but then was surprised to see a woman chanting in the river. At one point dunking her head under the water. This is why i avoid areas like this as traffic in the water must be phenomenal. 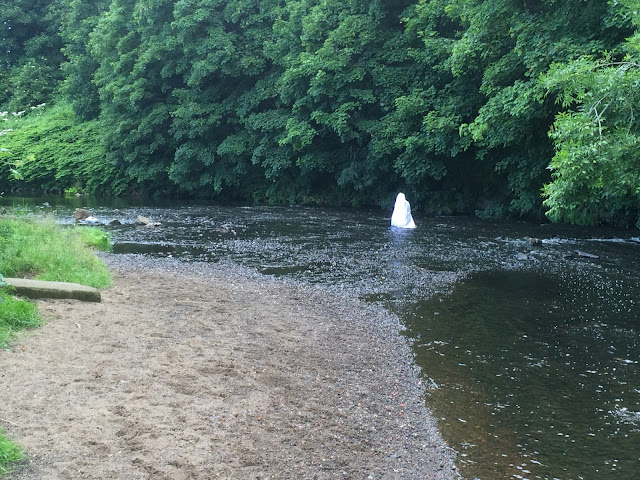