With a couple of hours to spare and the weather holding good, a nice cool, cloudy day where i hoped to find a few trout rising and get one on the dry. Also wanted to check out my new camera which i am hoping will let me video my trips in future.

I used the same nymph as i used the day previously and a new nymph i had bought but after going through the first few runs i had only caught a small minnow. i felt them hit the flies each cast so i moved on up. Didn't want to be catching minnow all day. Now i still hadn't seen anything rise strangely as they usually do at this time of day, it was 7pm and actually seemed to be getting darker. 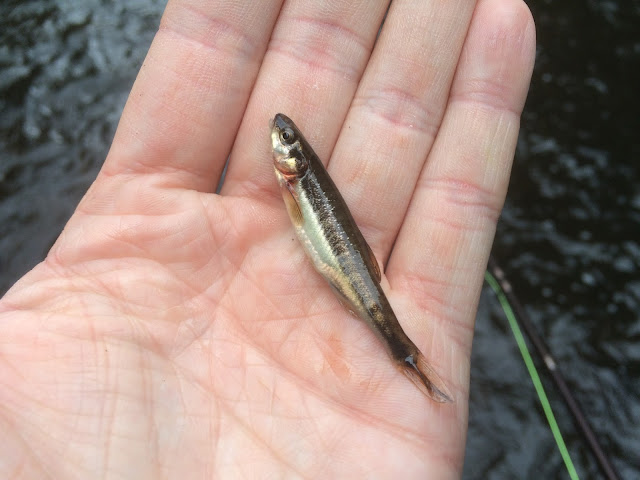 After reaching the first deep pool i ran my nymphs through it till i hit something big, it was solid and unmoving so i knew it was a snag. A tree root perhaps? i waded in, to the top of my thighs, so probably around 4 feet deep! Followed my line under the water till i felt the snag. it was metal, it lifted thankfully and out i pulled a cross bike. One less snag in the river then and one less in my pool!
I decided to switch flies as nothing was interested and put on 2 new ones, a white and red czech nymph and a zug bug. 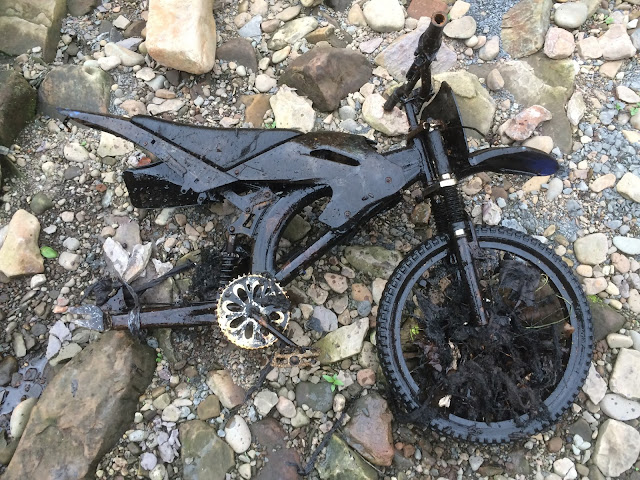 I fished up the next run but still to no avail and then i bumped into a good friend of mine Matus who was spinning. We had a chat but things had been quieter than usual for him also, and we continued on our own paths. I reached a large shallow riffle bank that runs into a very deep pool but with nothing showing in the pool i fished the tail end of the riffles as the riffles are literally 2 inches or so deep. I was sure i spotted some rises in the riffles but was difficult to tell but i tried anyway and was rewarded with my first trout.  Was quite tricky to land as with the Polaroids on i found it tricky to follow the fish in the riffles. 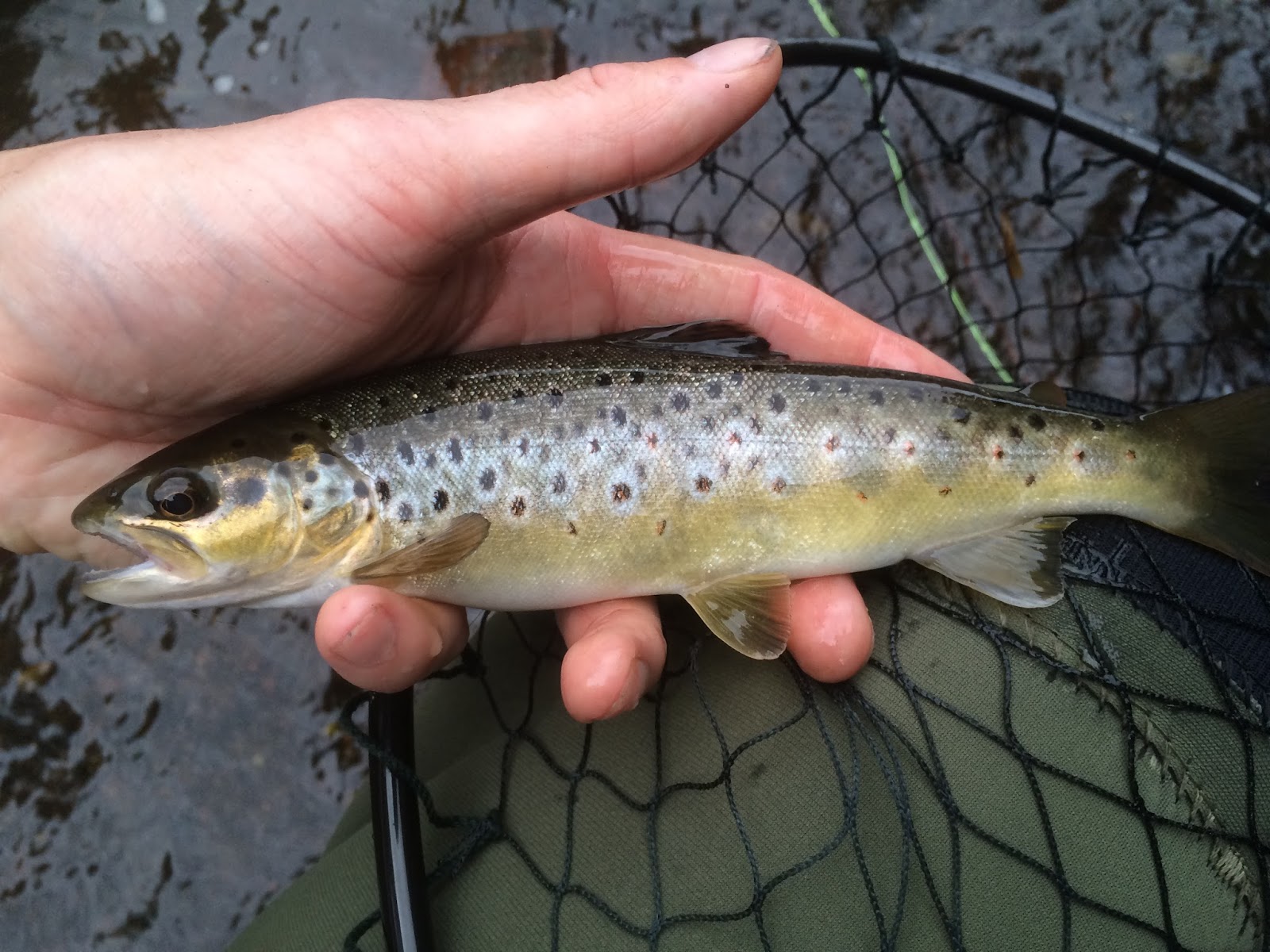 I headed upstream to the tree valley and found nothing there though up ahead i could see plenty of fish rising. so off came the nymphs and on came the dry they took here last time, it seemed when i got 20m near a rise they'd stop and after i had passed them by around the same distance they'd rise behind me. i was hugging the small rocky ledge on the bend to so i wasn't disturbing the water. A fish made some big waves when it rose 3 times in as little seconds and even that wasn't interested.  With daylight fading i had my final run to check.

I reached the final run and saw minnows jumping so moved to the shallows and hit a trout, it did a half spin over a rock and tangled itself around the other hook. i brought it in flopping sidewards and untangled it before taking a picture. I cast back in the spot it had just come from and boom! again! well maybe not boom but it was another trout, flopped over the rocks again but didn't tangled itself up.  A few more casts and i was at the end of my run and in good time as the phone rang. 'where are you, you only said you'd be an hour' i got ready to go when a large fish jumped and landed with a smack in the deep almost still run up ahead. the same run i saw that huge trout a few trips ago.  Probably feeding on the minnows on the surface.

It was an interesting day, slow i guess, 3 hits and 3 fish is a good result however, still can't fathom these damn rising trout and need a trick to fish the almost still deeper sections.  Funnily, all fish were caught in inches of water when i expected them to be in the deeper sections due to the water level. 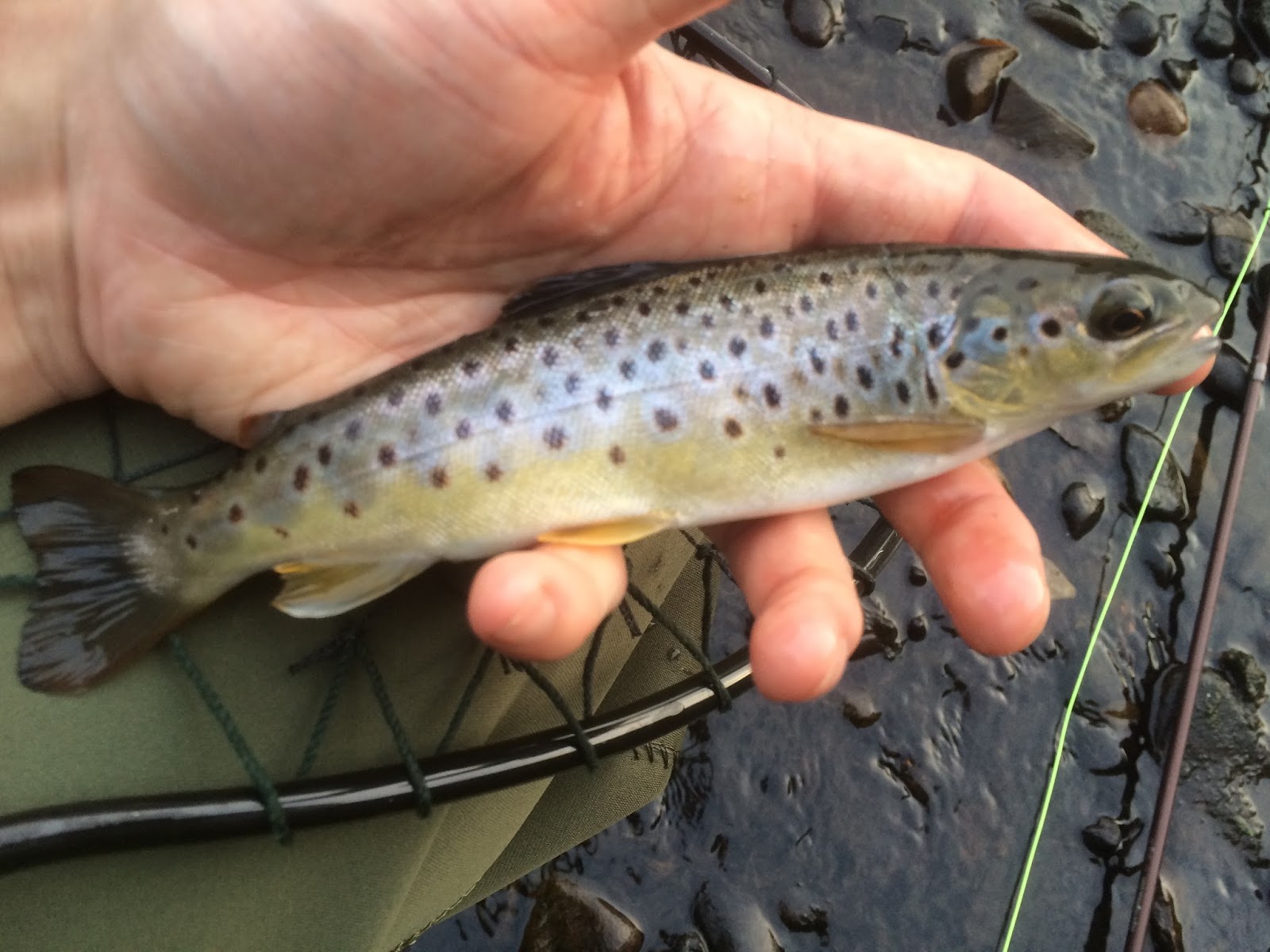 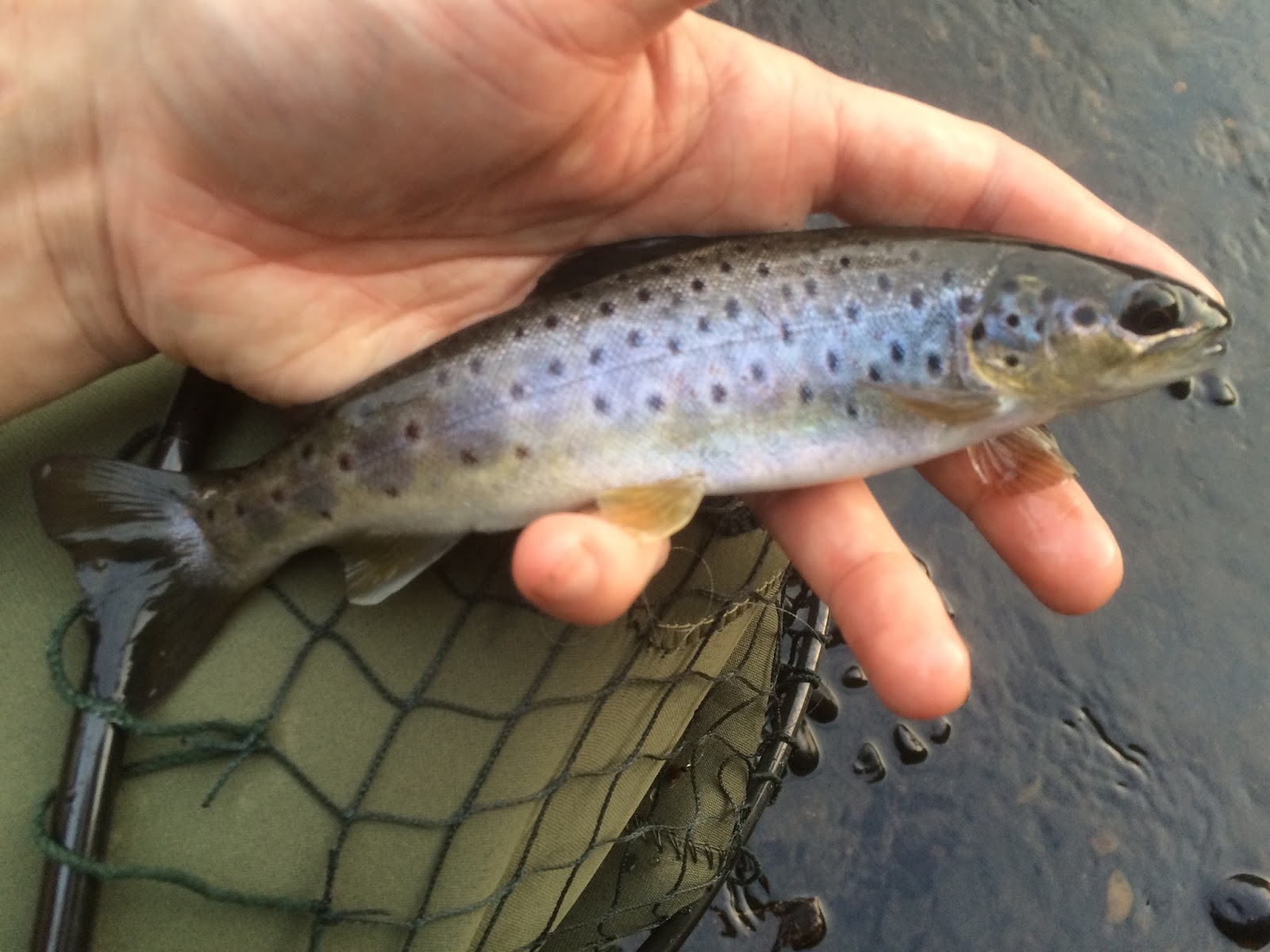