So the proposed plan to go grayling fishing on the 1st changed to an earlier day for a couple of reasons. The day before i had somehow had a 6 hour 'nap' when trying to get my daughter to have a nap, waking at 6pm i had that horrible hang over feeling i get when i've slept through the day. That night at 2am i was wide awake, so i thought i would check the weather for October the 1st. Dry all week it said. Not the best as it hadn't rained much in a while so i knew the river would be low. 3am came and i was still awake so i decided to make the most of it and get ready to go to the river. I managed a quick hour nap and at half 5 was ready to go. It was black cold night but it would be light by the time i arrived at my location.

Arriving at the river i was pleased to see it was a murky start, fog over hung the lower reaches of the area and the odd bit of moisture hung around.  Using a 3 nymph method i lost 2 small trout very quickly, the shallow water meaning the trout were splashing around on the surface, slipping off the barbless hooks. I walked slowly up the river when, in the clear dark brown water i noticed a large fin hugging the bank. I had an oppurtunity to cast at it but i decided to risk my luck this once and capture a video of the grayling in it's natural state. It wasn't spooked as i leaned forward and i captured some nice footage. Shame the river hasn't got much weed, in fact i can only remember 3 or 4 plants the whole stretch, it would of made a better shot.

I cast to a small pool behind a overhanging tree and was into a grayling, a nice 15 inches! The problem i have with grayling is they are very very moody, you try to take a quick picture and they kick their tails but as soon as you put them in the water they don't want to swim off. A small trout followed but then the great silence began. I was getting constant takes and losses of small trout but for probably 2 hours i failed to land a fish. There was the odd decent take in between but i was mainly losing my flies on the sharp shallow rocks and the odd one in a tree after flicking out of a snag. 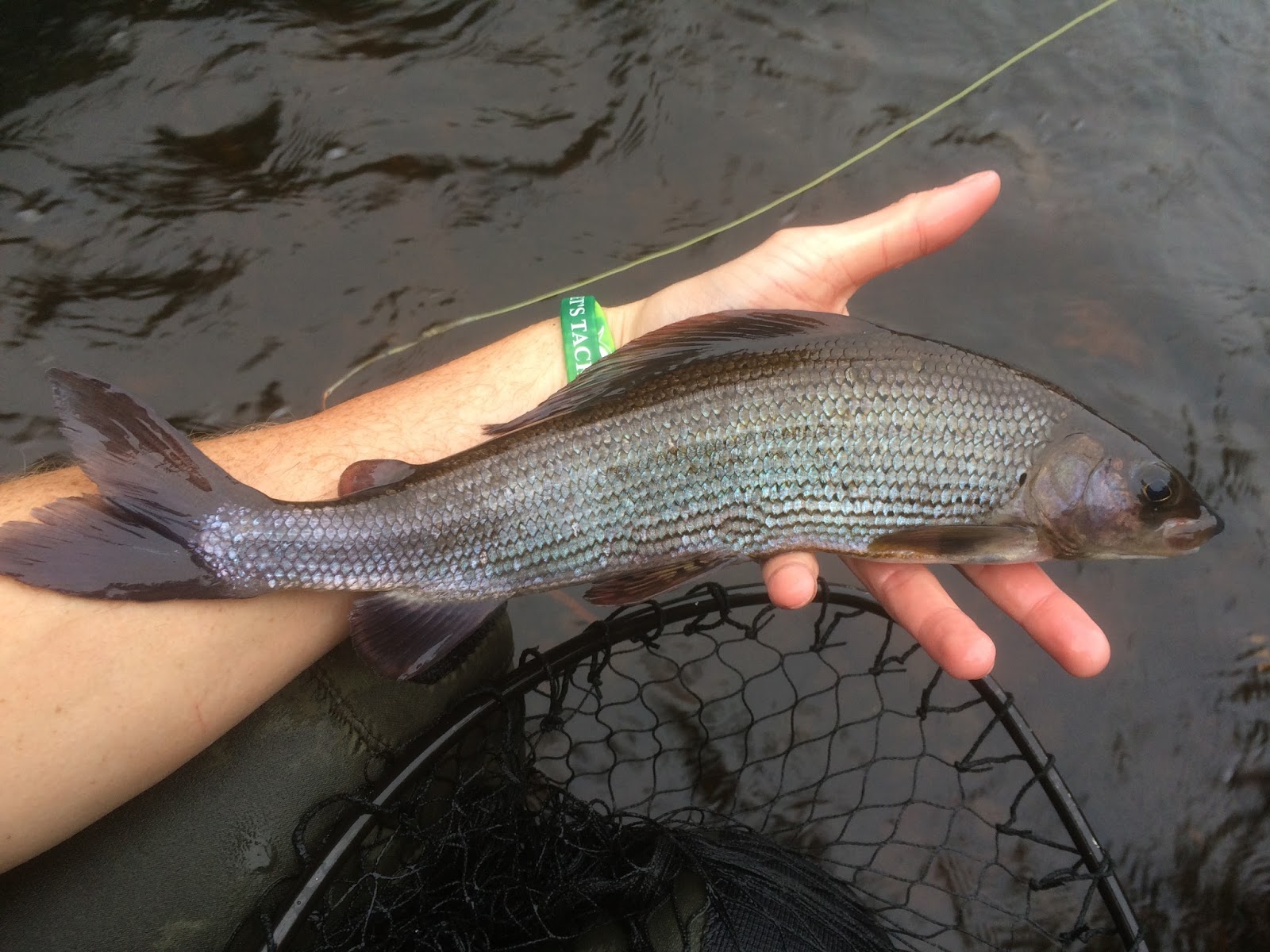 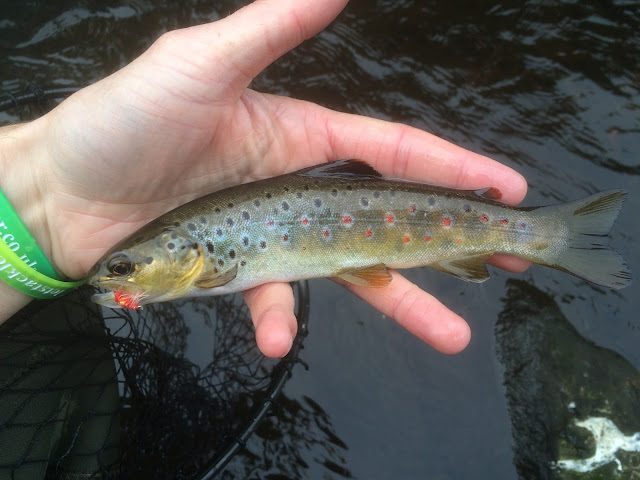 That duck was eventually broken by a grayling but it wasn't good enough so i decided to head into the slow moving water up ahead. Now grayling are said to love the fast oxygenated water so this was a risk. I could of just pulled trout all day at this point and in the slow deep water i caught a couple of trout. I lost something big after it pulled me under a snag and refused to come out, meaning i had to snap off myself, recovered the top fly but lost the pink bomb and point fly. 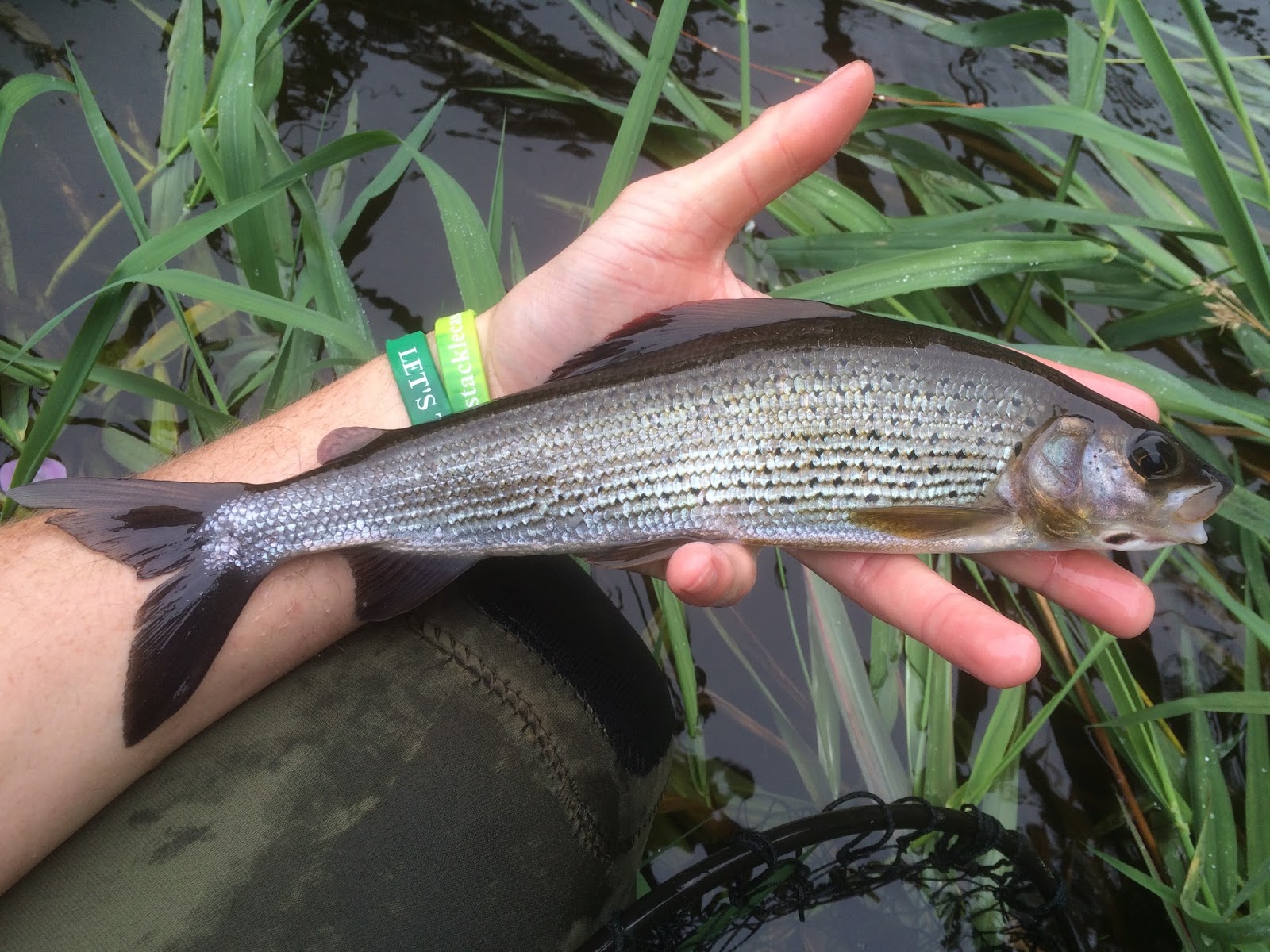 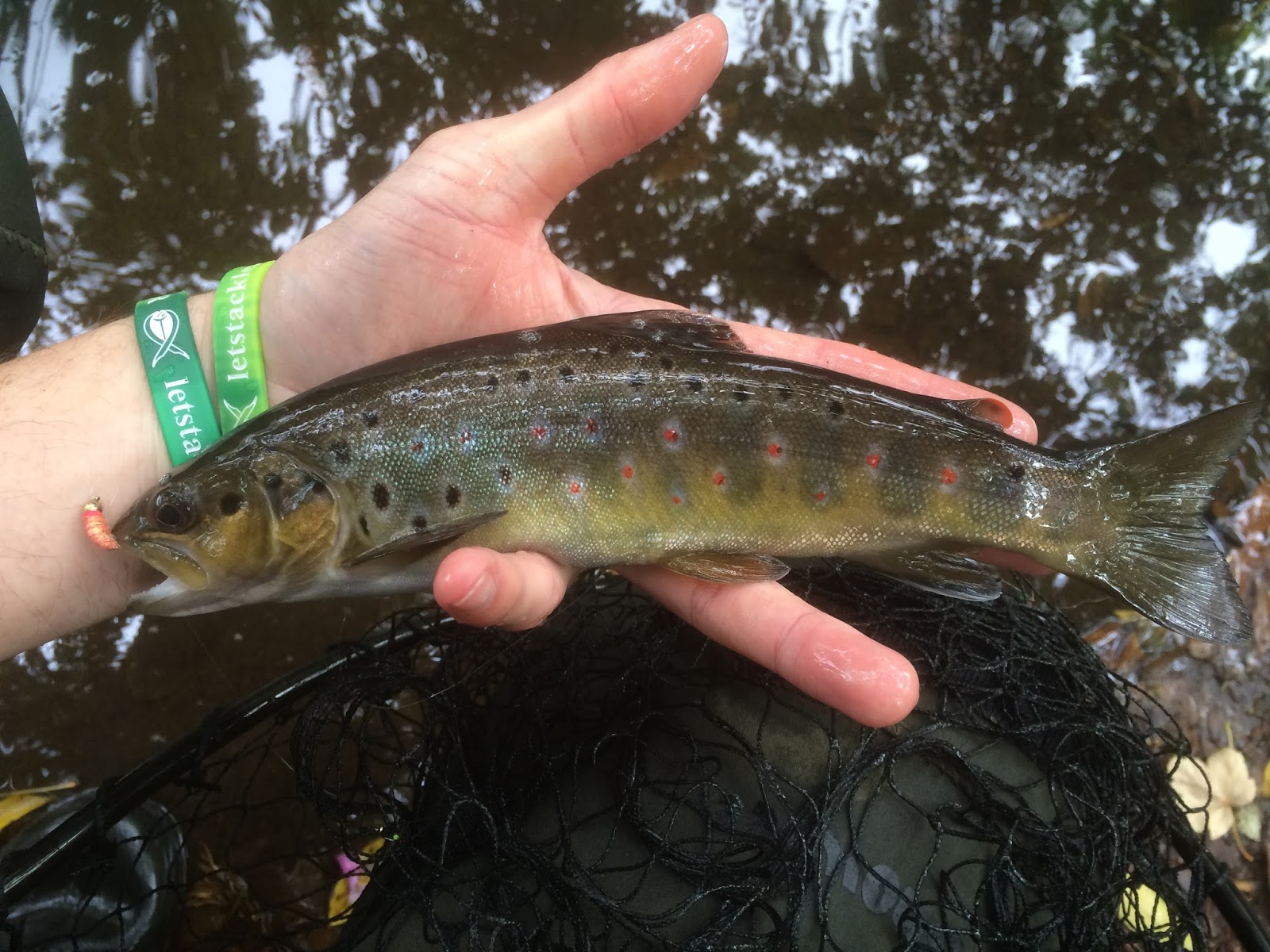 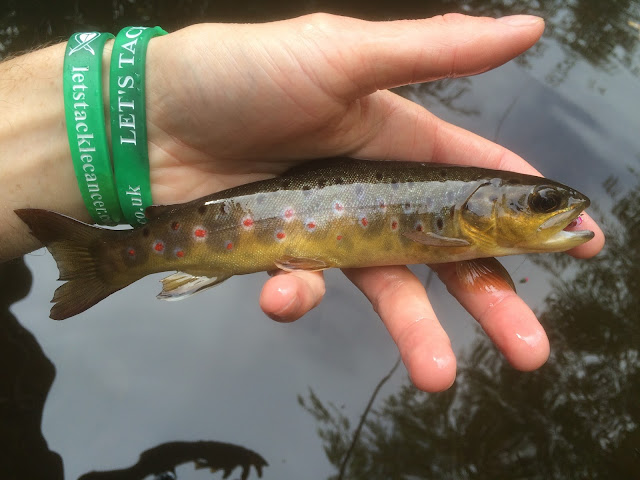 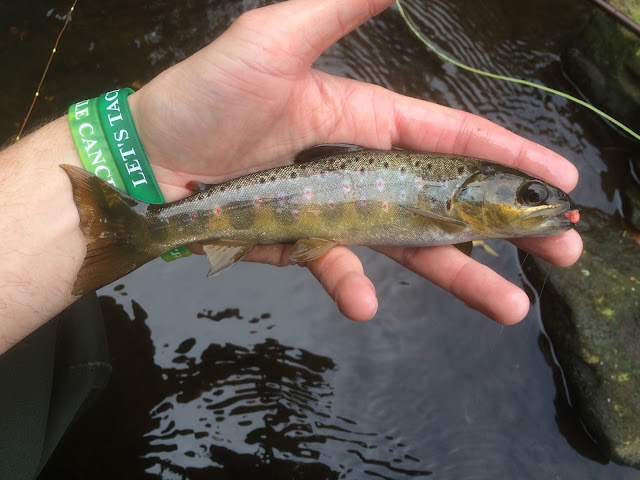 In a pool around the corner i surprisingly caught a grayling and then 2 small trout, 1 cast after another. That stopped so fishing the riffly area above i expected a fish but again nothing. Climbing the weir in this heavily industrialised area i reached a pool, this is practically motionless as we all know weir pools. A deep pool hugs the right while a bank made of silt hugs the left, surprisingly i got a couple of tugs before a big take. It was a grayling! It was a good 16/17inches but i noticed on one side it had a 'slash' mark where something had grabbed it. A fish of this size being attacked by predatory birds is a bad sign showing that even these aint safe! 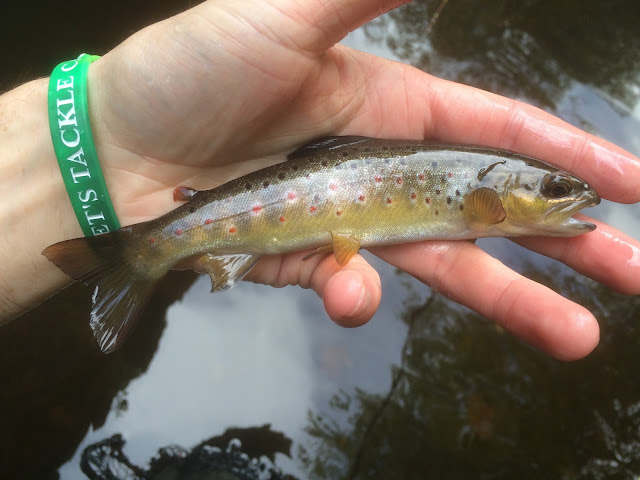 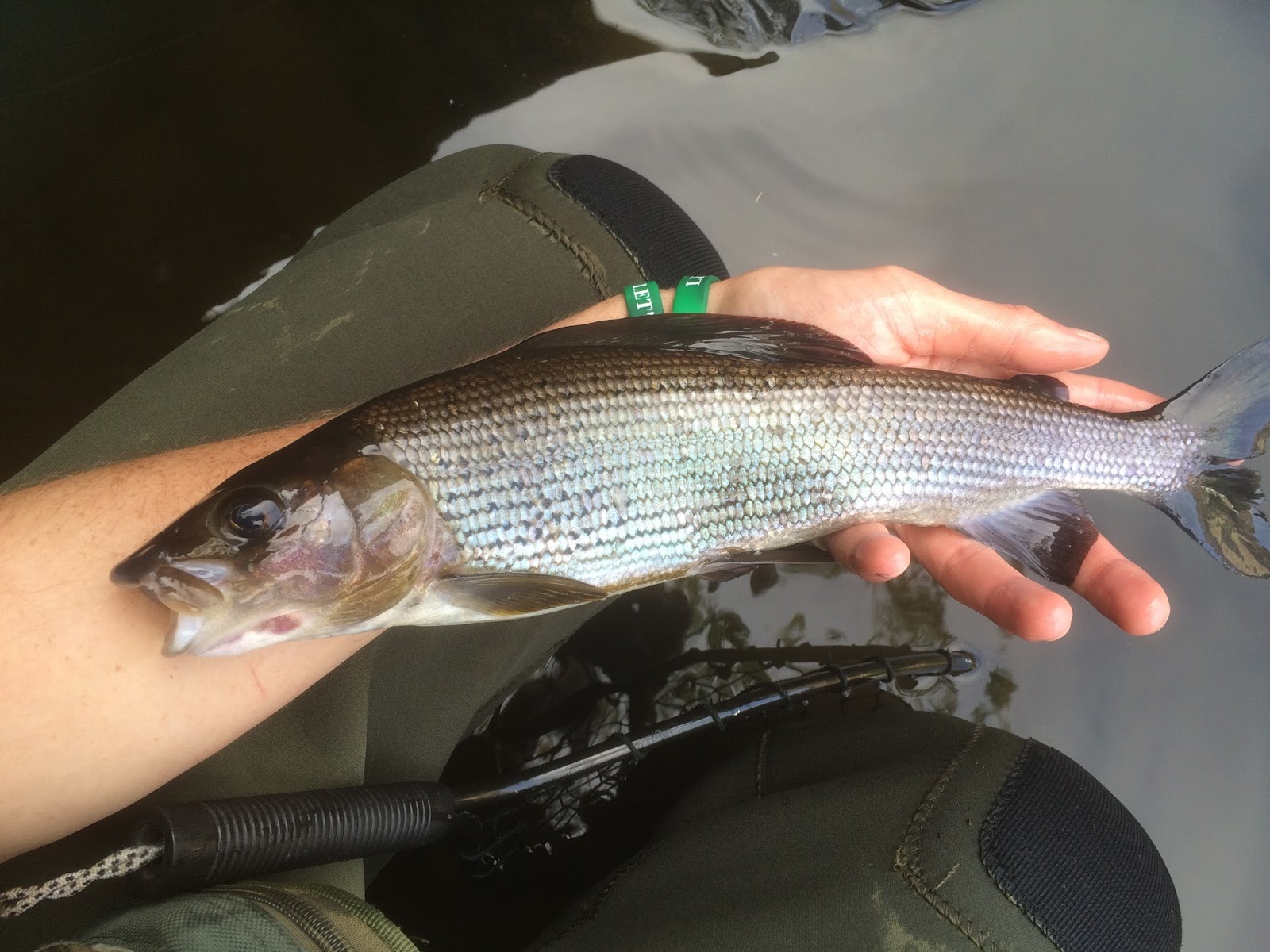 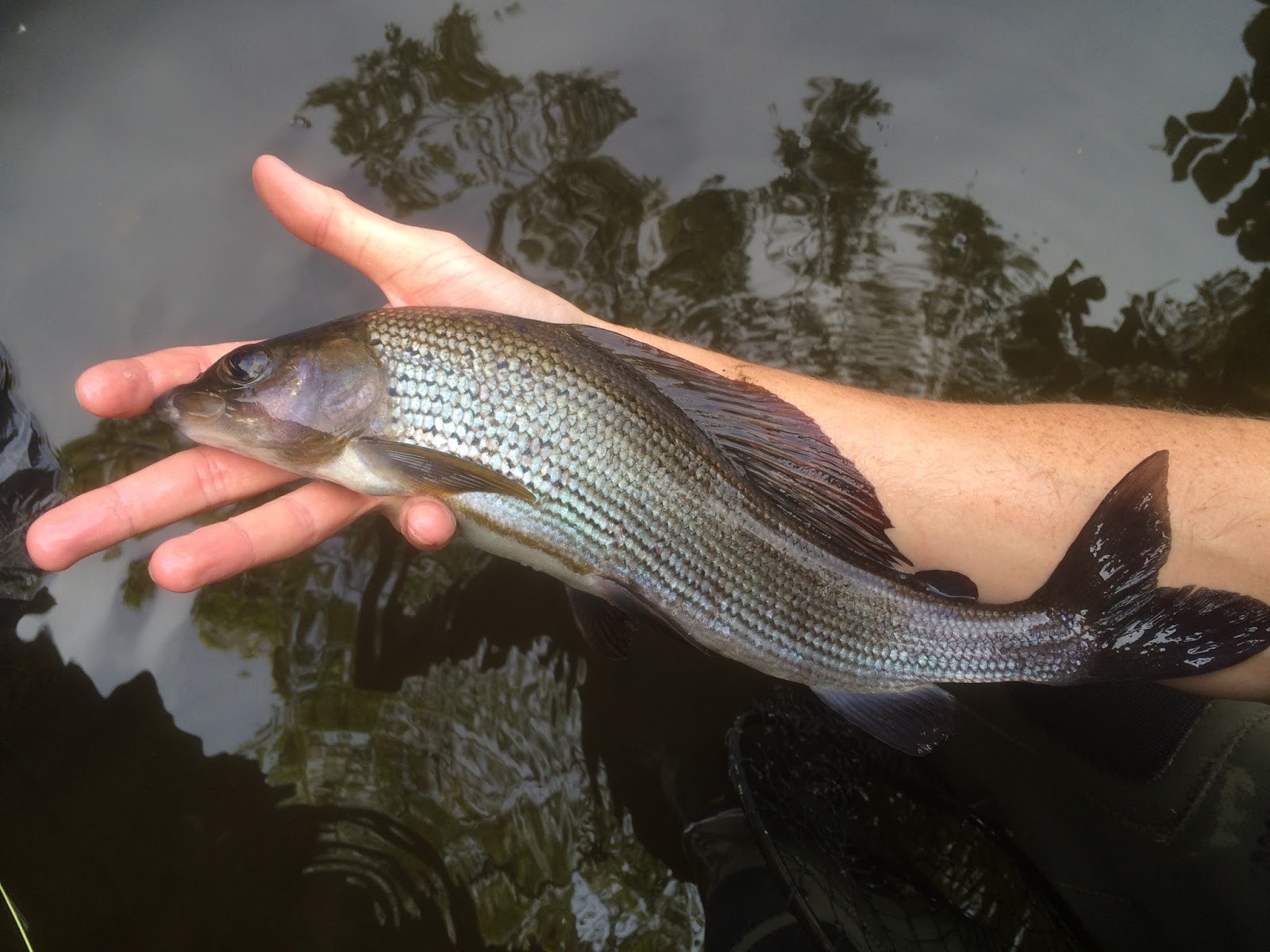 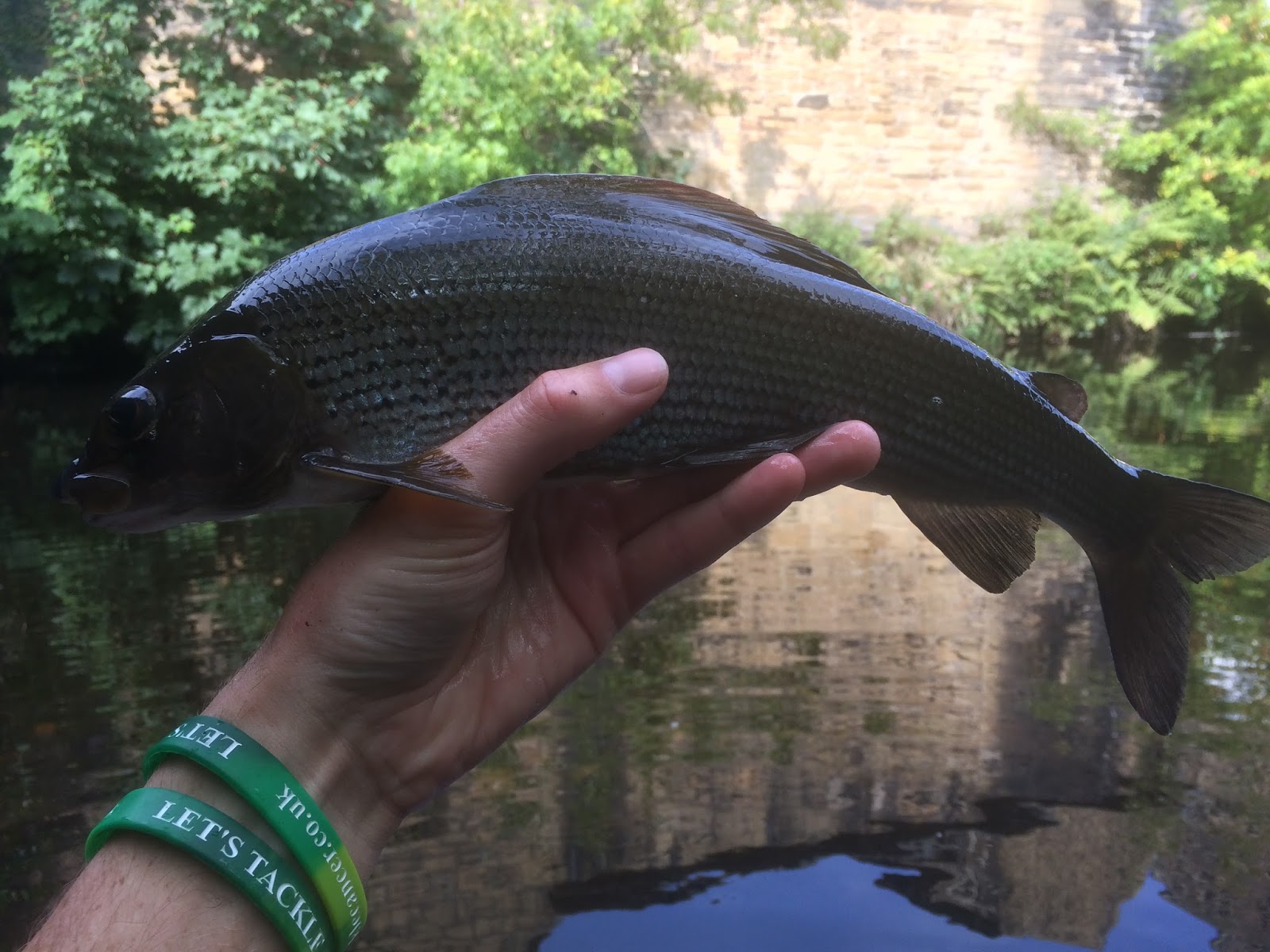 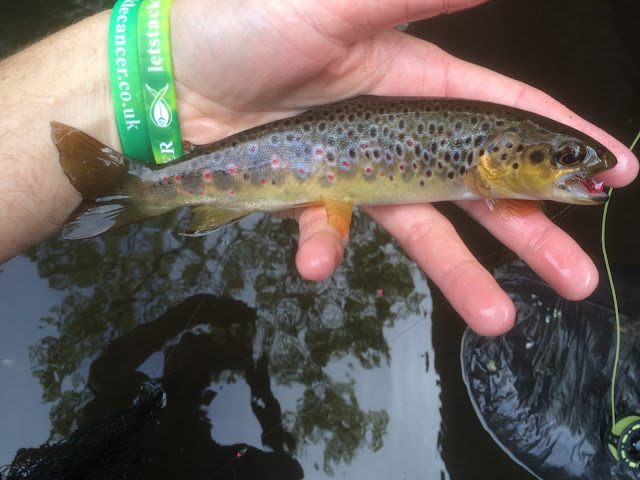 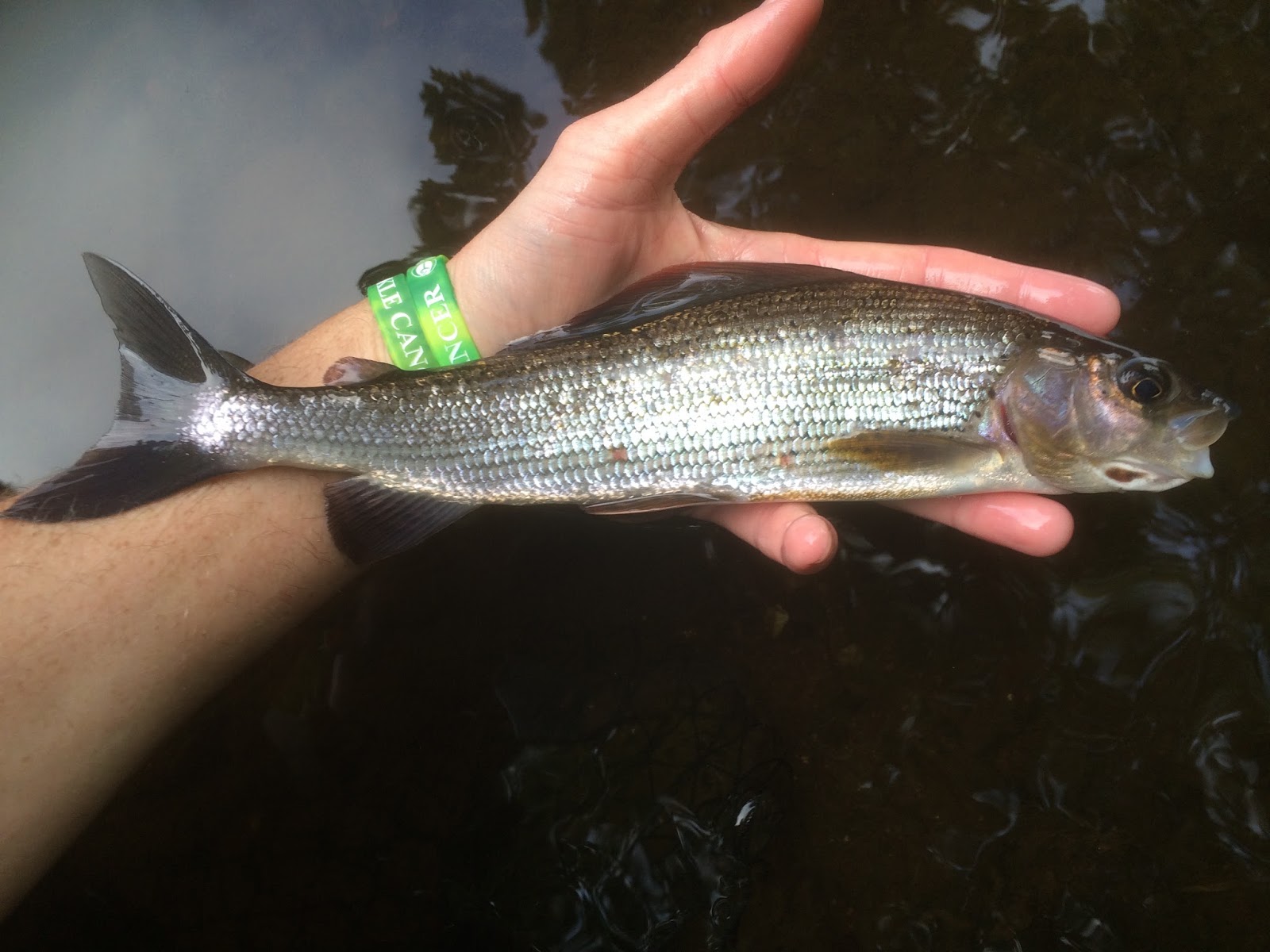 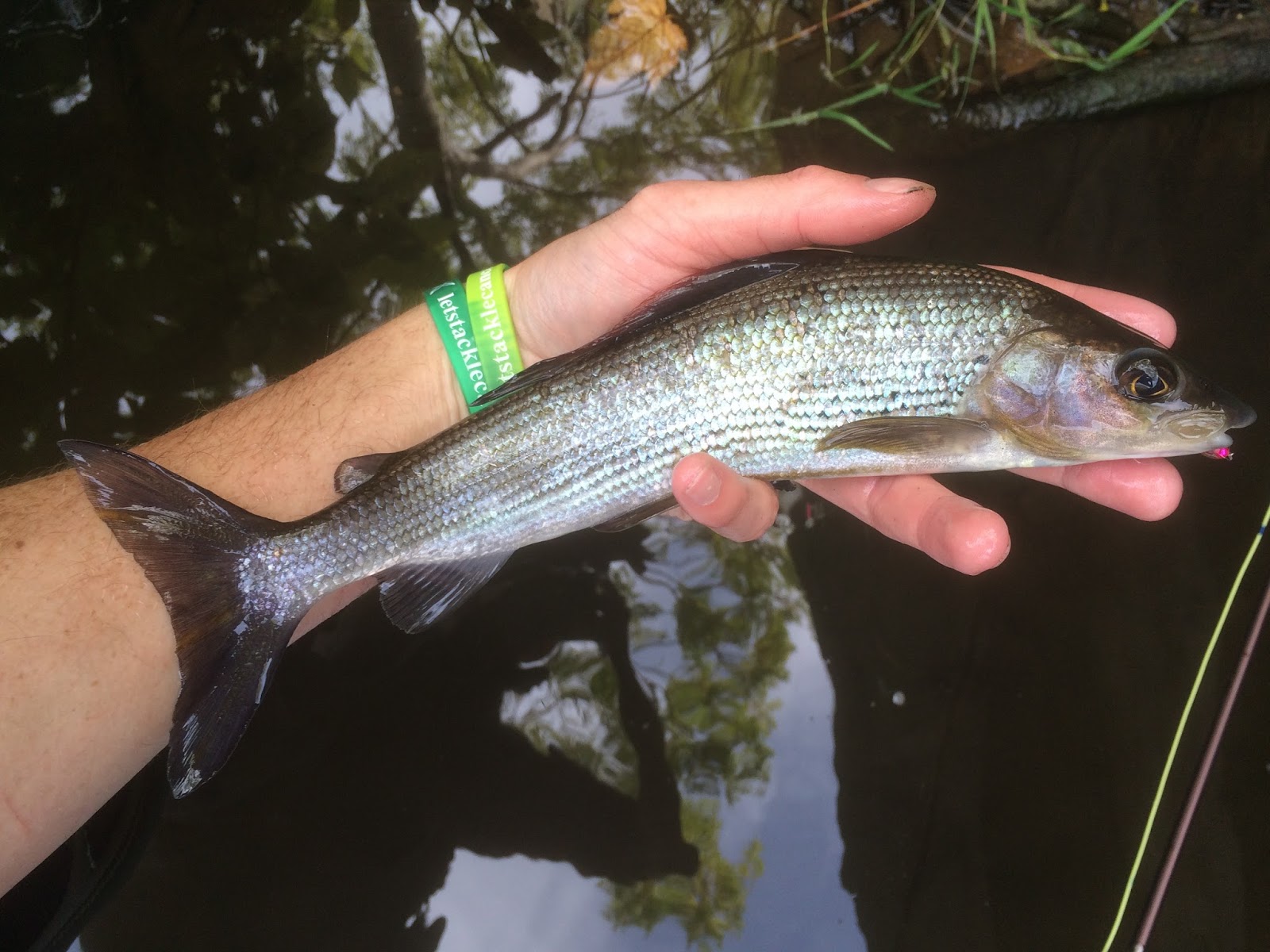 After pulling another grayling and a trout from this pool i continued up, pulling a grayling every 50 yards or so. One had an old pierce mark through the top of its back. A through and through, it was well healed but again showed that there was predators attacking these fish, maybe explaining why they were hiding in the deep pools while the water was low. 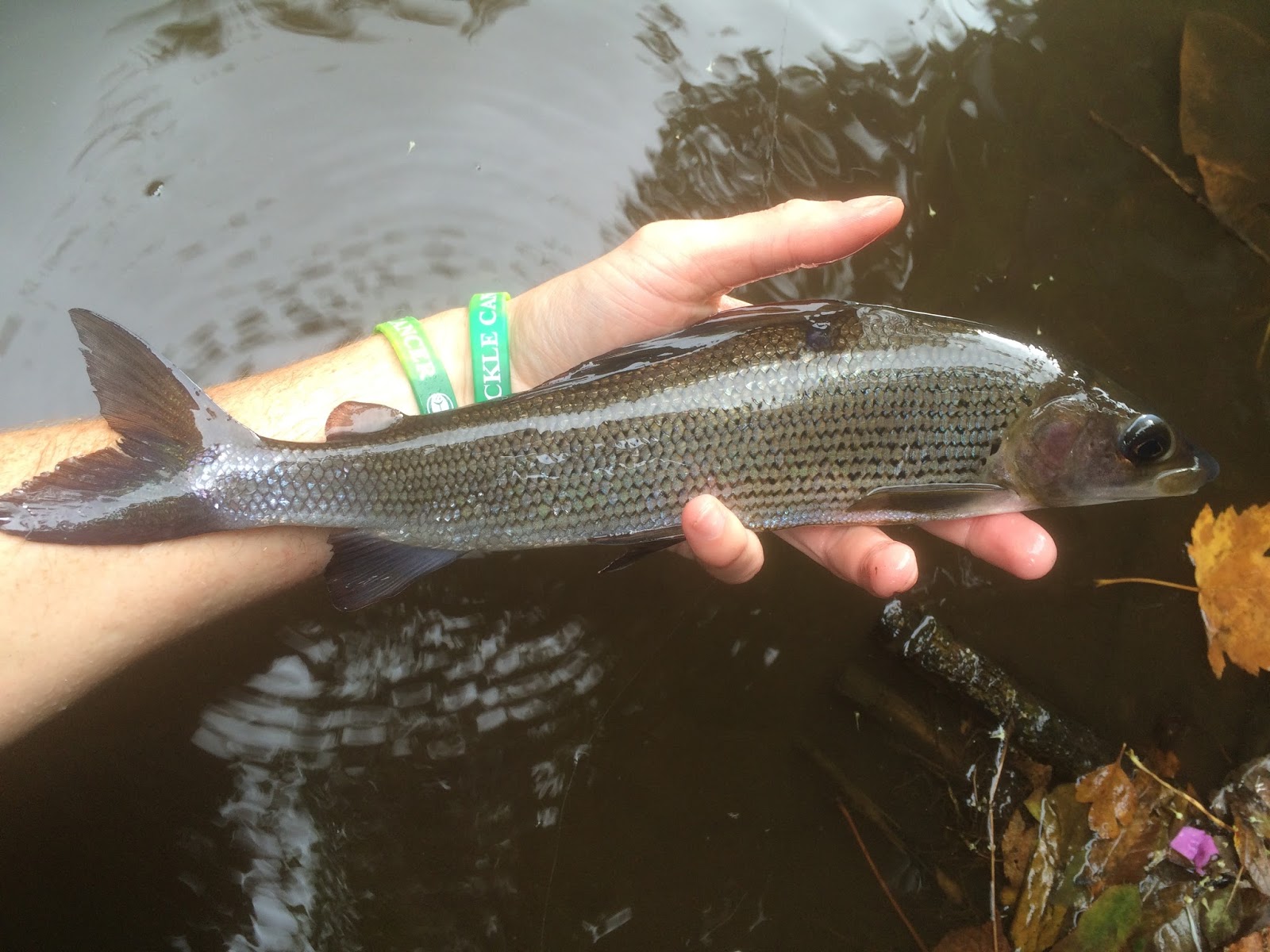 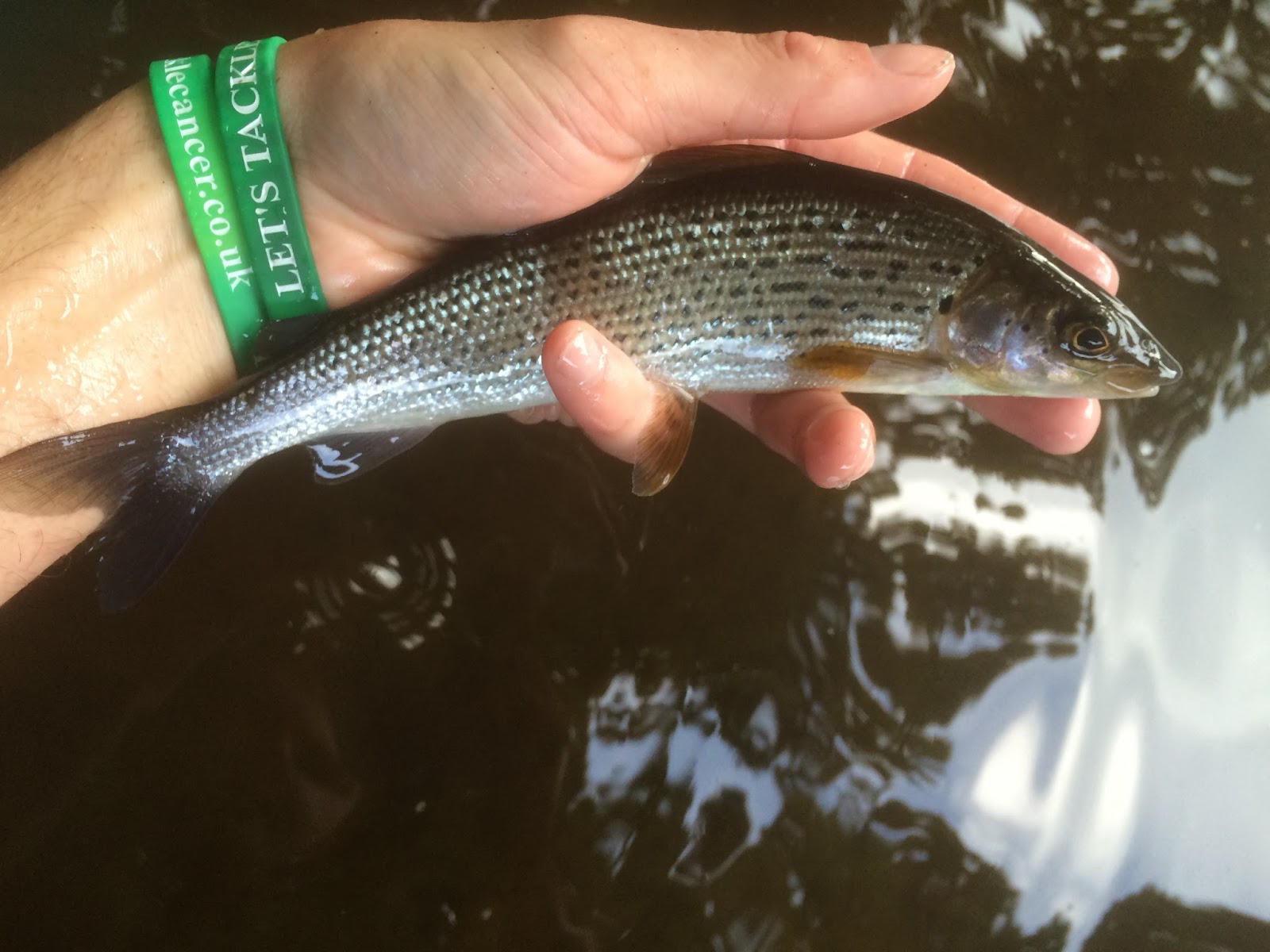 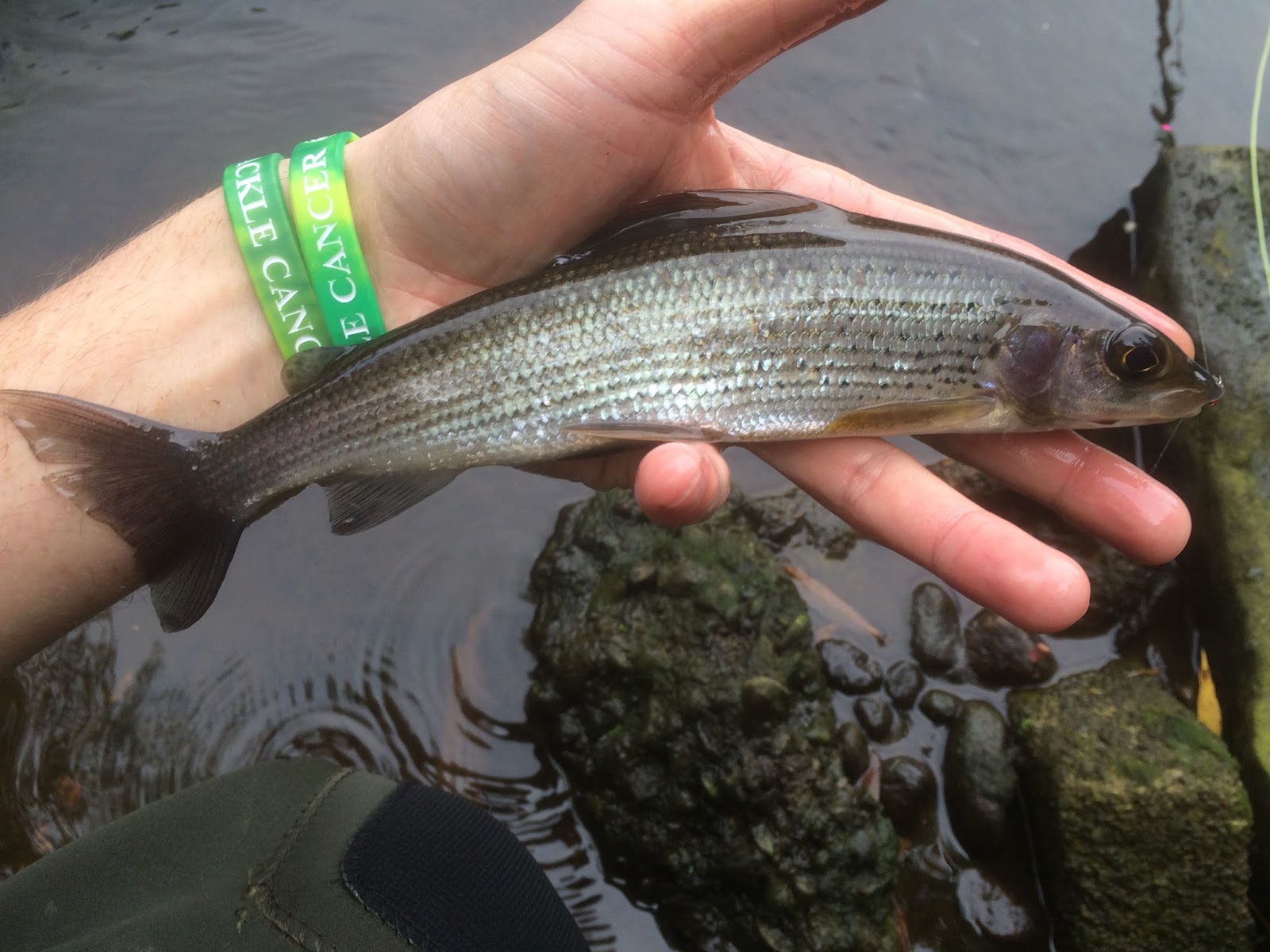 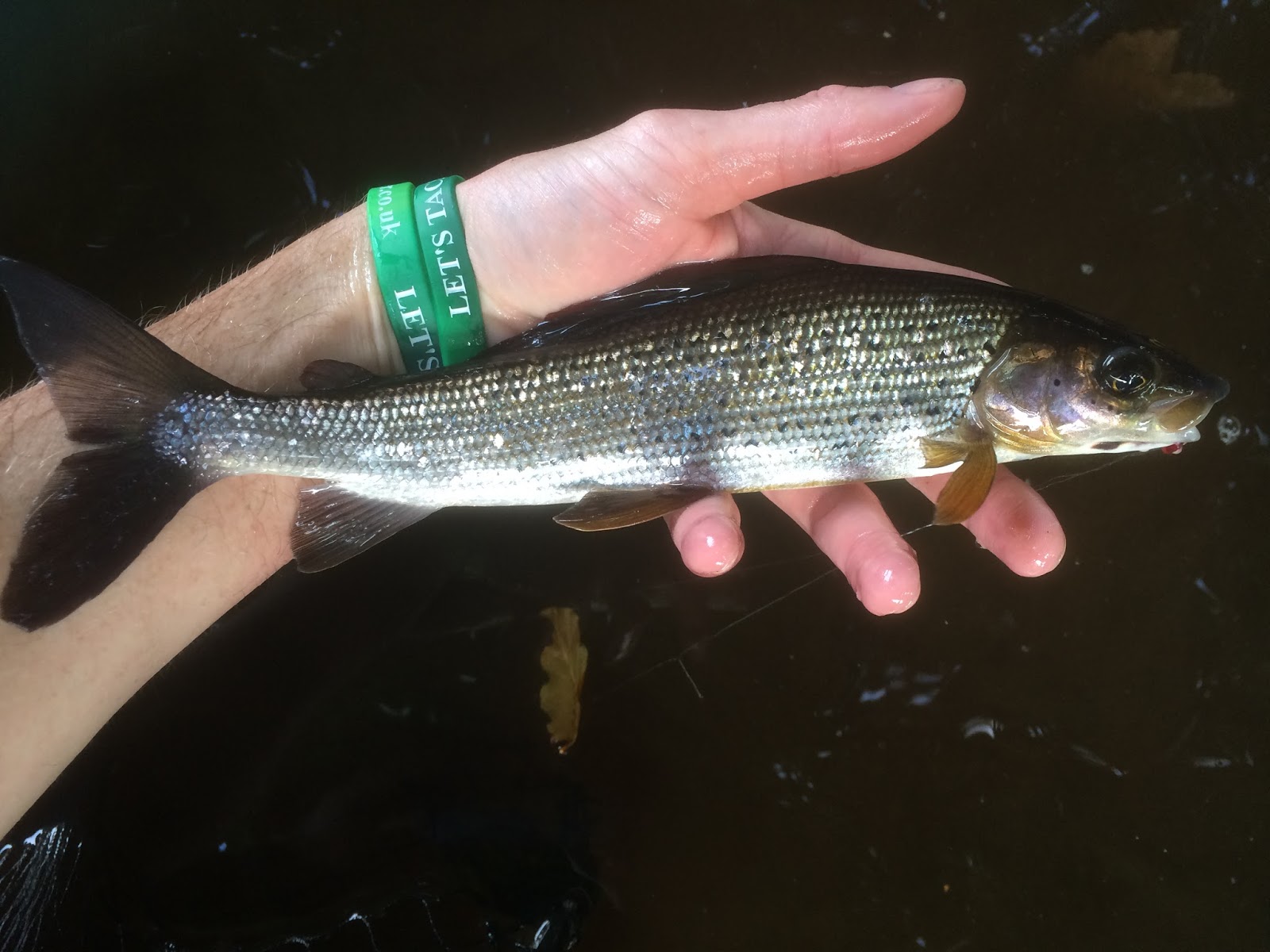 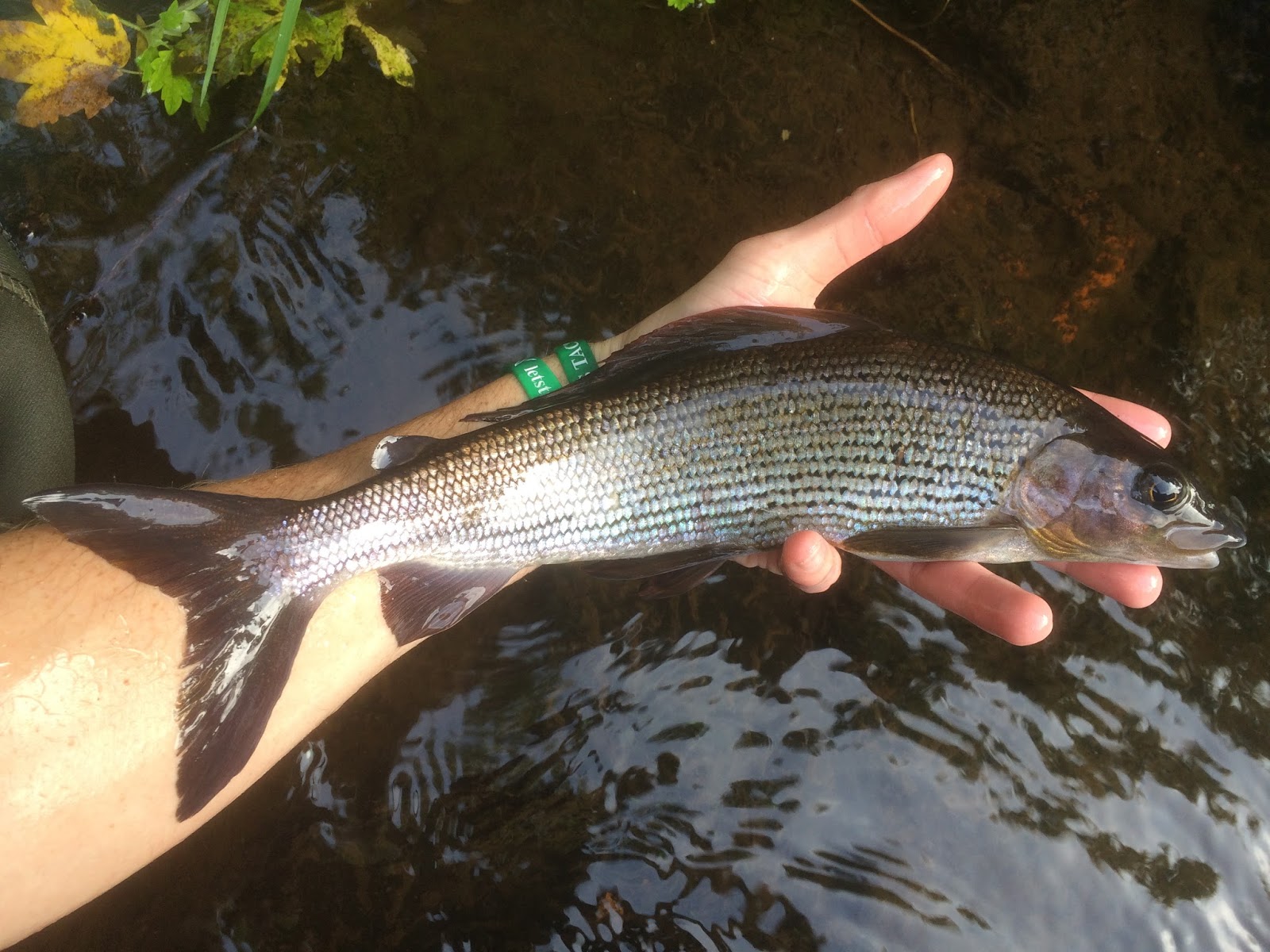 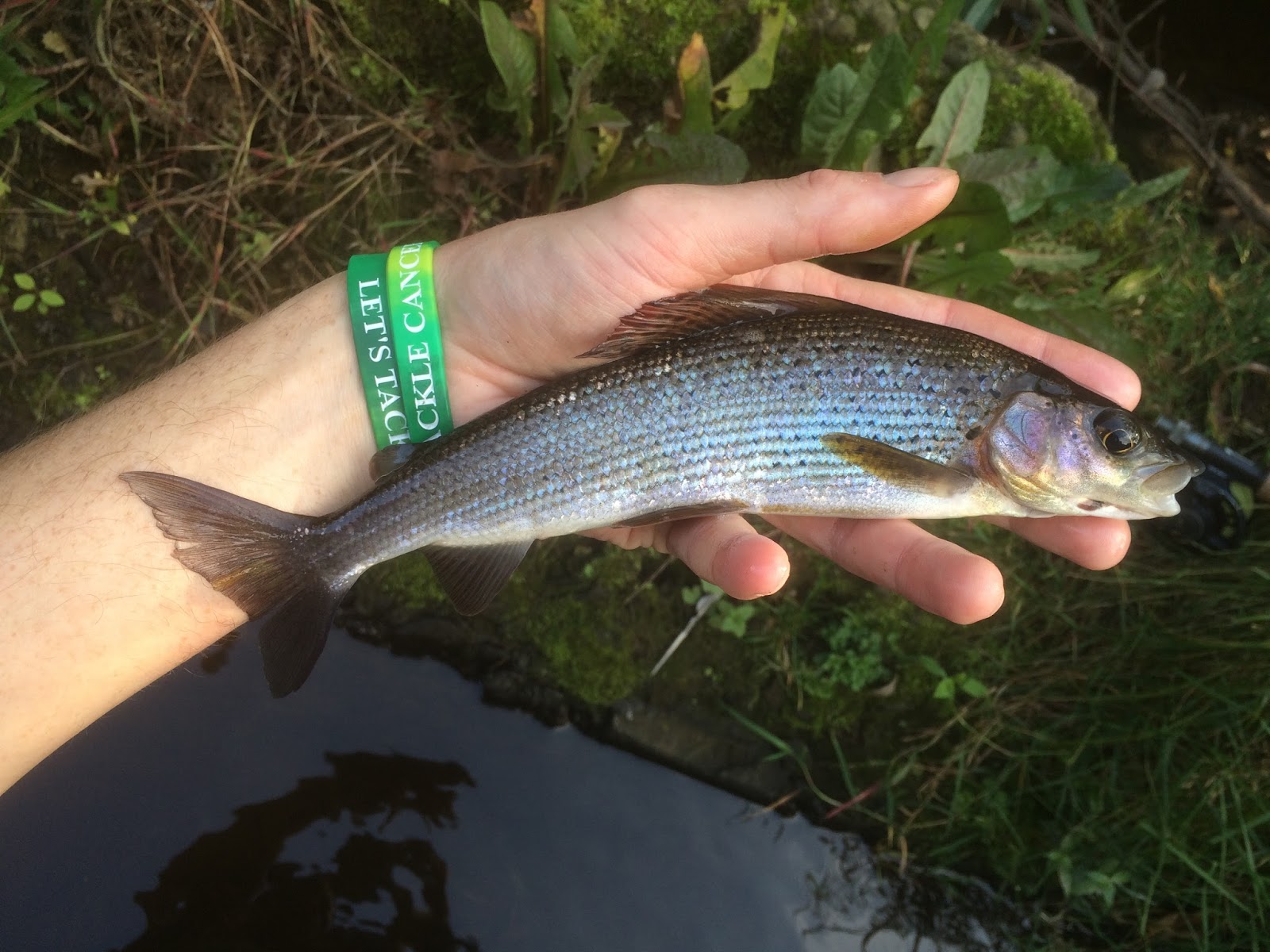 I reached the bridge where we usually park and fished a small but very deep pool and pulled 2 grayling and a trout from it all within a couple of casts. These pools were very productive, as i waded under a bridge to climb out of the river and make my way home i pulled another 2 trout in the slow water. 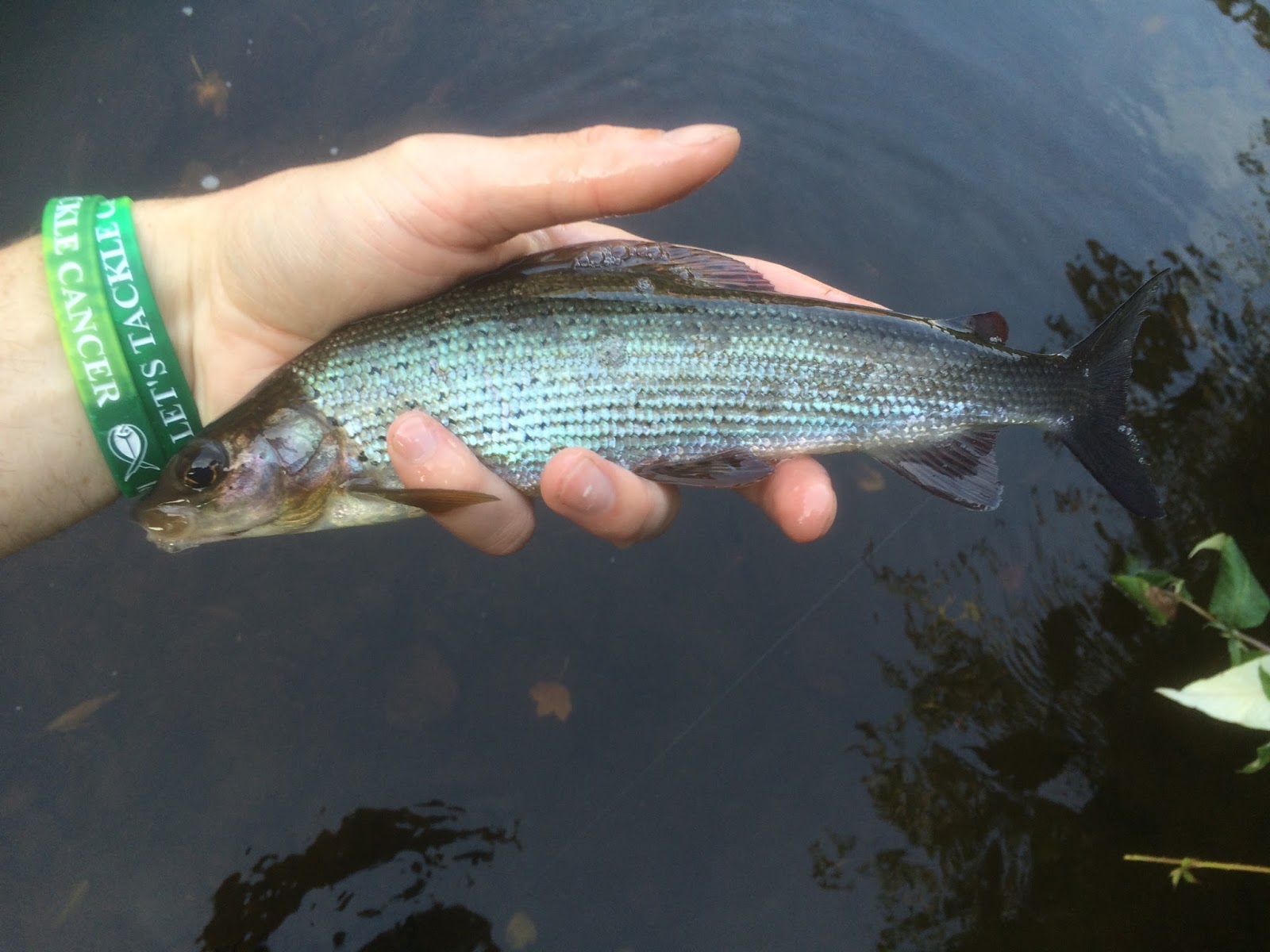 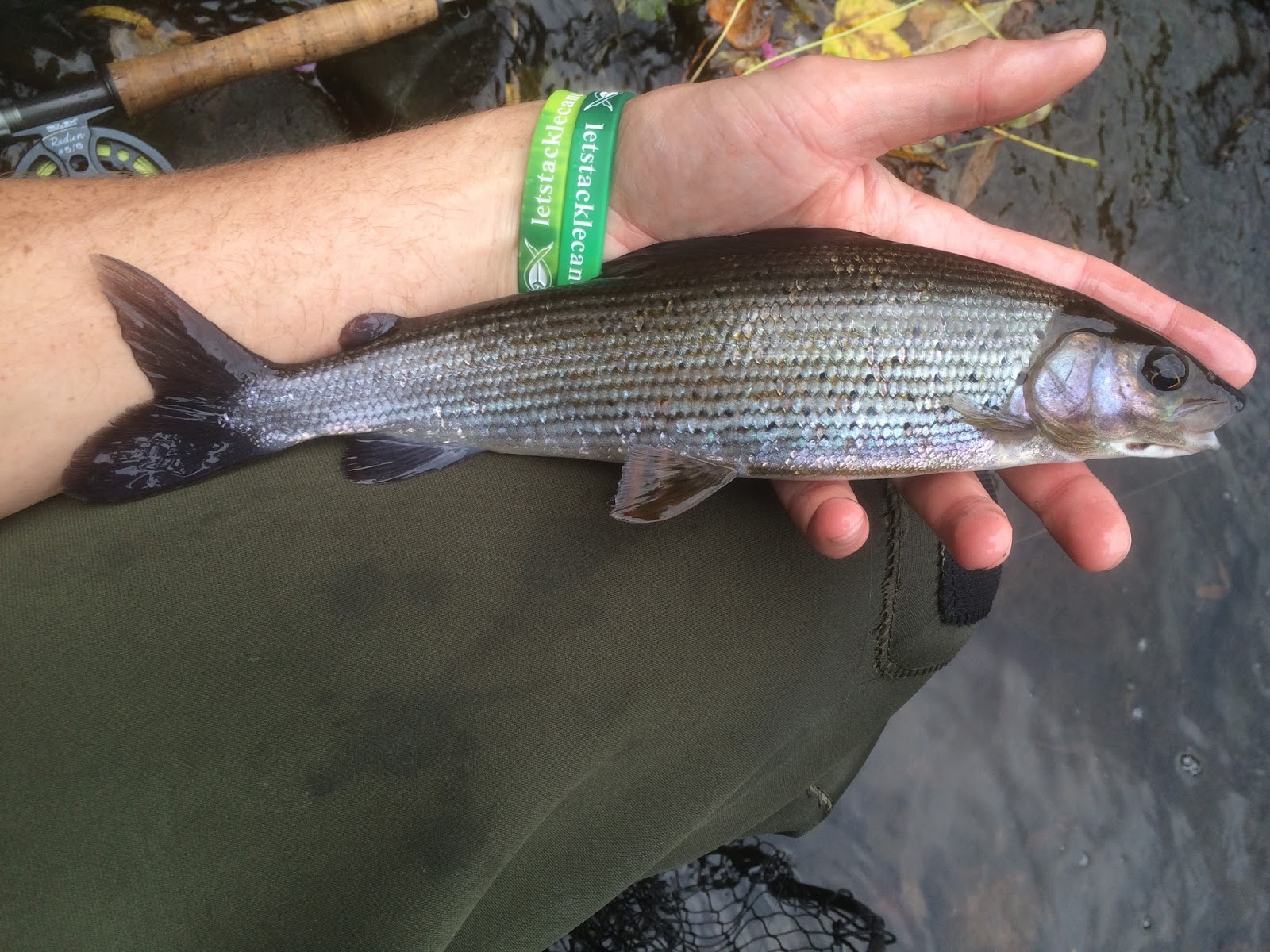 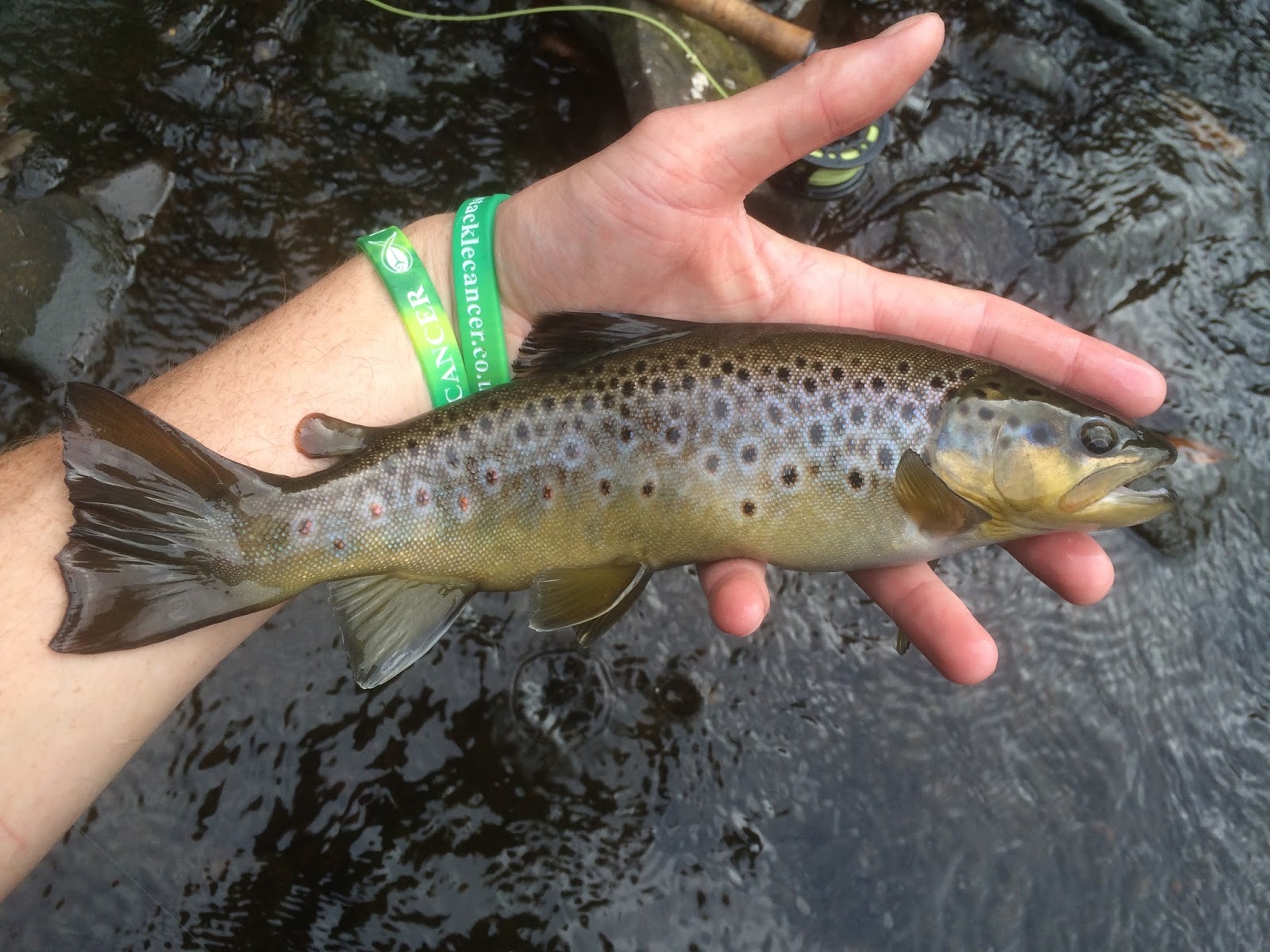 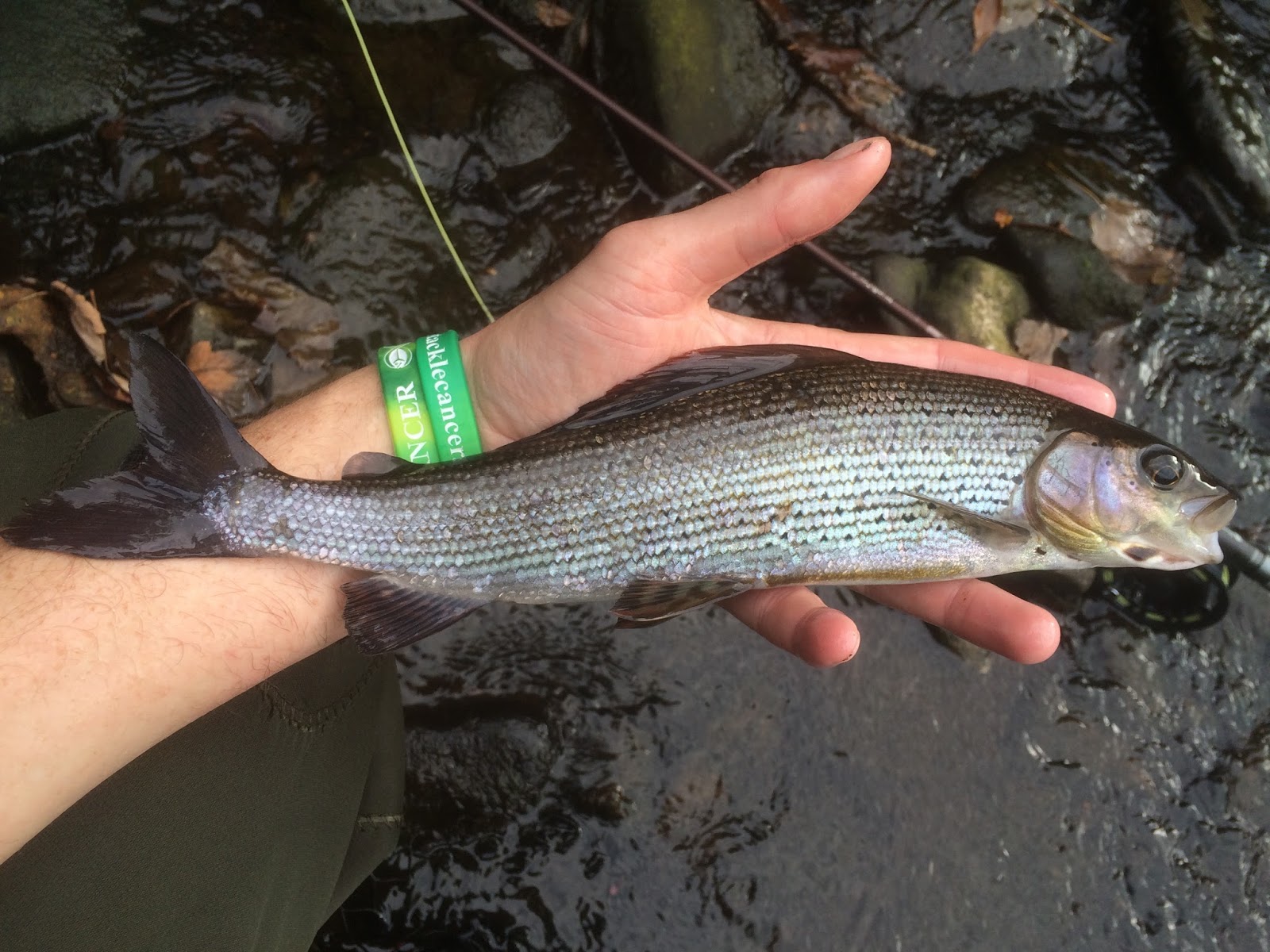 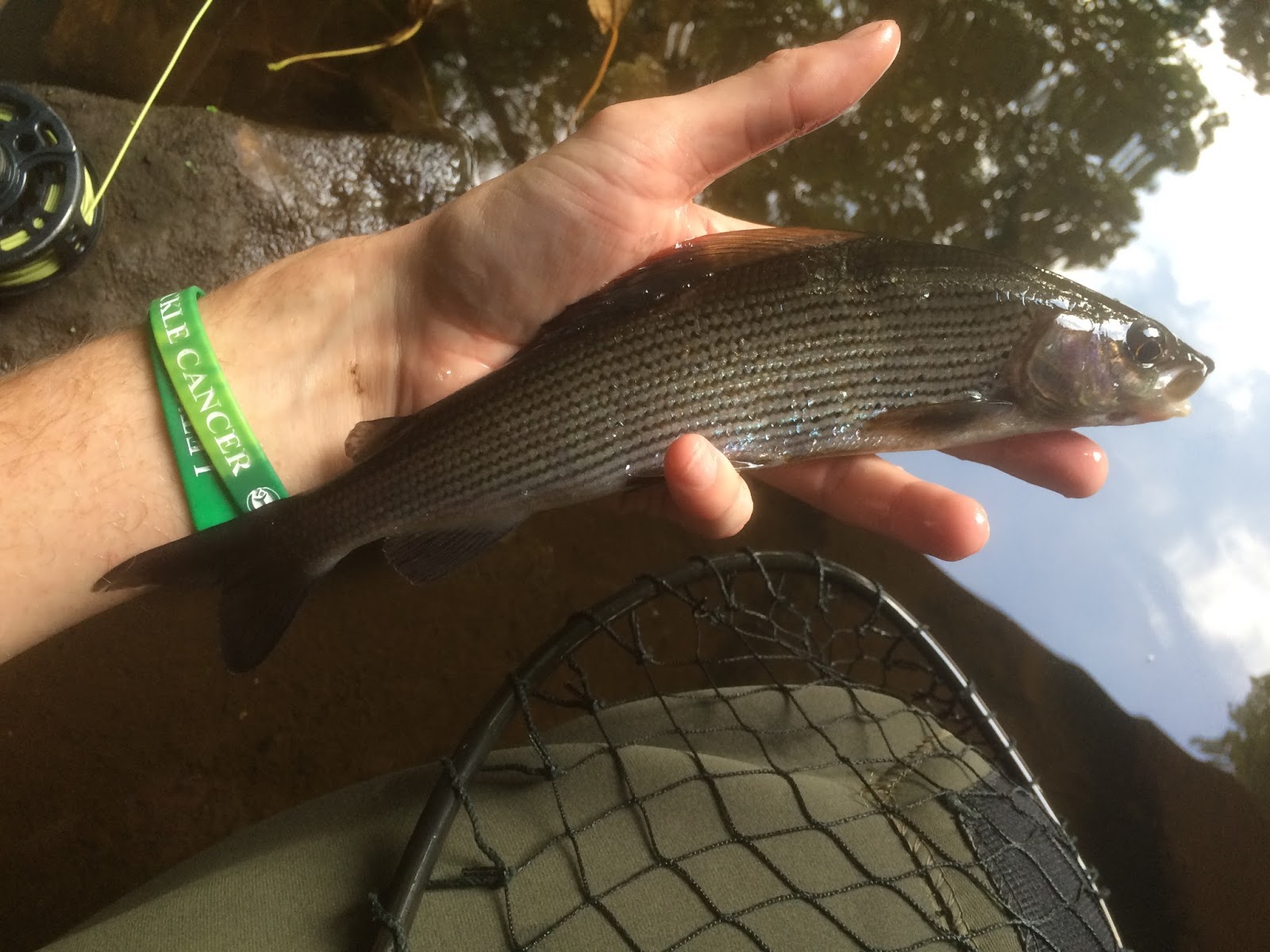 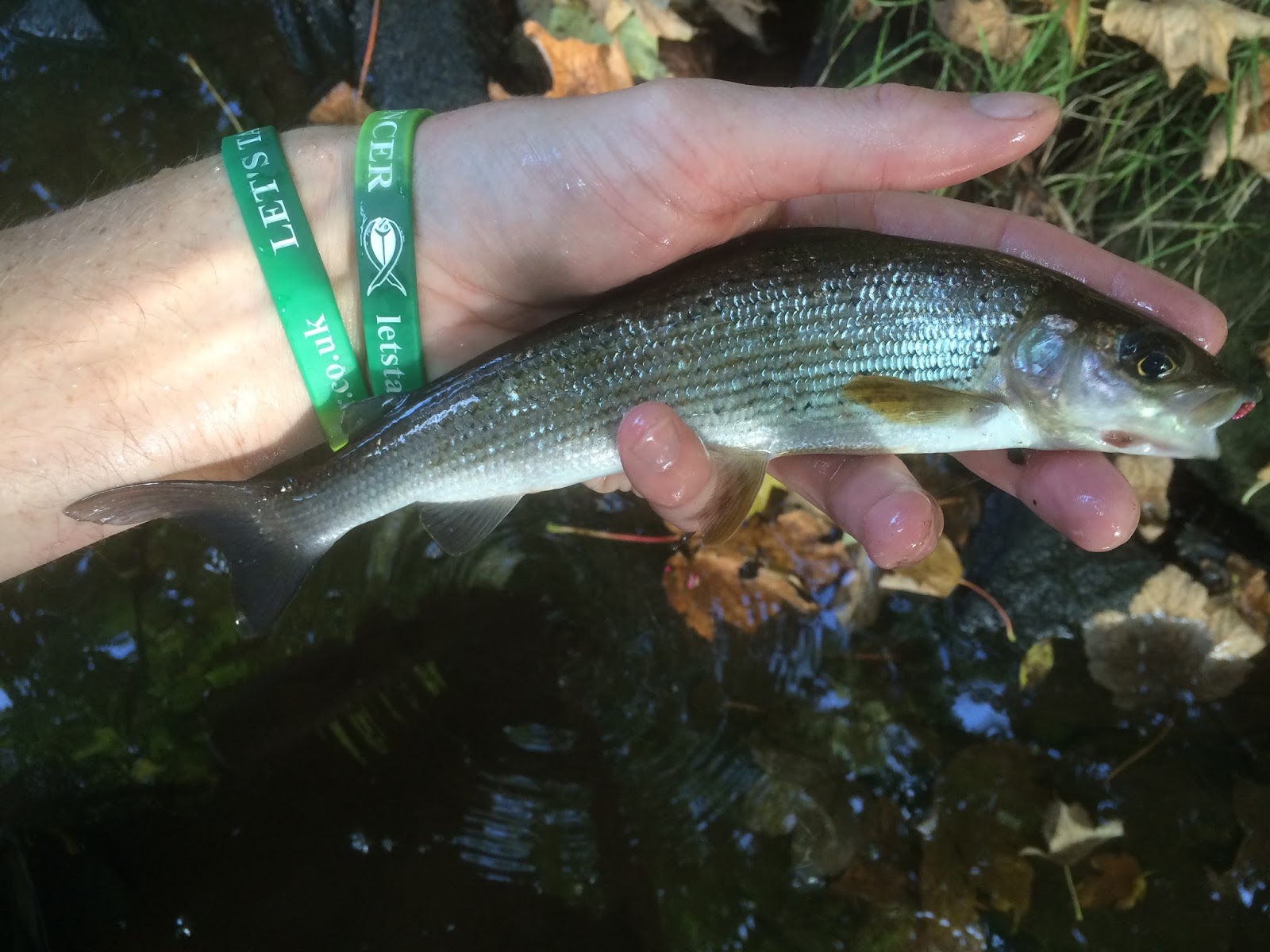