With the mother-in-law letting me and my partner down on child minding we canceled our fishing trip together, and thus trotted off on my own.  I still had the dry on from last time, i walk so i don't have to take anything apart.  The weather had been favourable of late and with John Norris promising to resend me my polaroids as the postman has secretly taken up fly fishing and gone on the rob. 2 packages in a month now hmmm.

It was a windy day, sunny but the wind was cold. I headed down to the river where it was down to summer level and easily 3-4 feet visibility.  Shows how much the river changes.  There were a couple of rises again where the kingfishers were 2 days previous but it wasn't interested, another rose once behind and again nothing. My sinkant for my leaders seems to wear off despite it being a recommendation Density Mud. Maybe i don't put it on right.

I walked upstream to see kids throwing boulders into my intended fishing areas so i climbed out and walked up, about 50 metres above them i stood atop a hill. This hill was covered with plant life at one point but the introduction of a tree swing has led to a mass of plant loss. a barren hill exposed to land slides. Even the lone tree has suffered damage as there have been fires against it. I stood atop this hill leaning against the tree, watching. A lone rise next to a boulder covered by a over hanging tree. So i headed down the hill and crept into the river.  Several casts, nothing then it rose again, a little further under the tree, 3 casts later and bang.

It was a smash and grab take but this trout was on meth. Smashing around for whatever reason, i'm sure it had a tooth loose and was trying to pull it out via my line. It kept flapping on the surface constantly despite me mistakenly not giving it a tight line as i wanted it to go under the water as i lose alot of fish on the surface. It tired itself out that much with it's crazed actions that it was straight in the net. A lovely 13 inches, a PB on the Dry Fly. 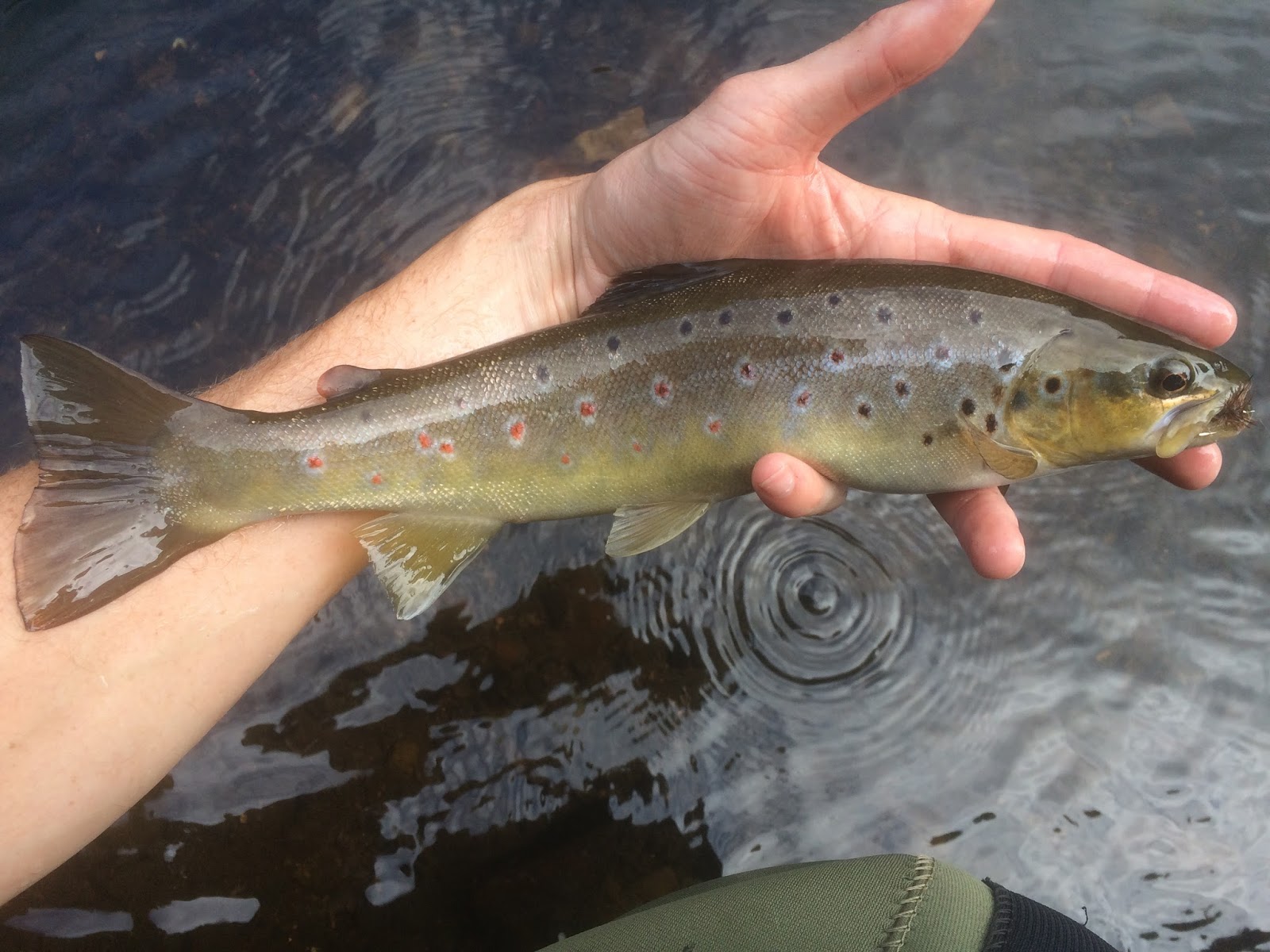 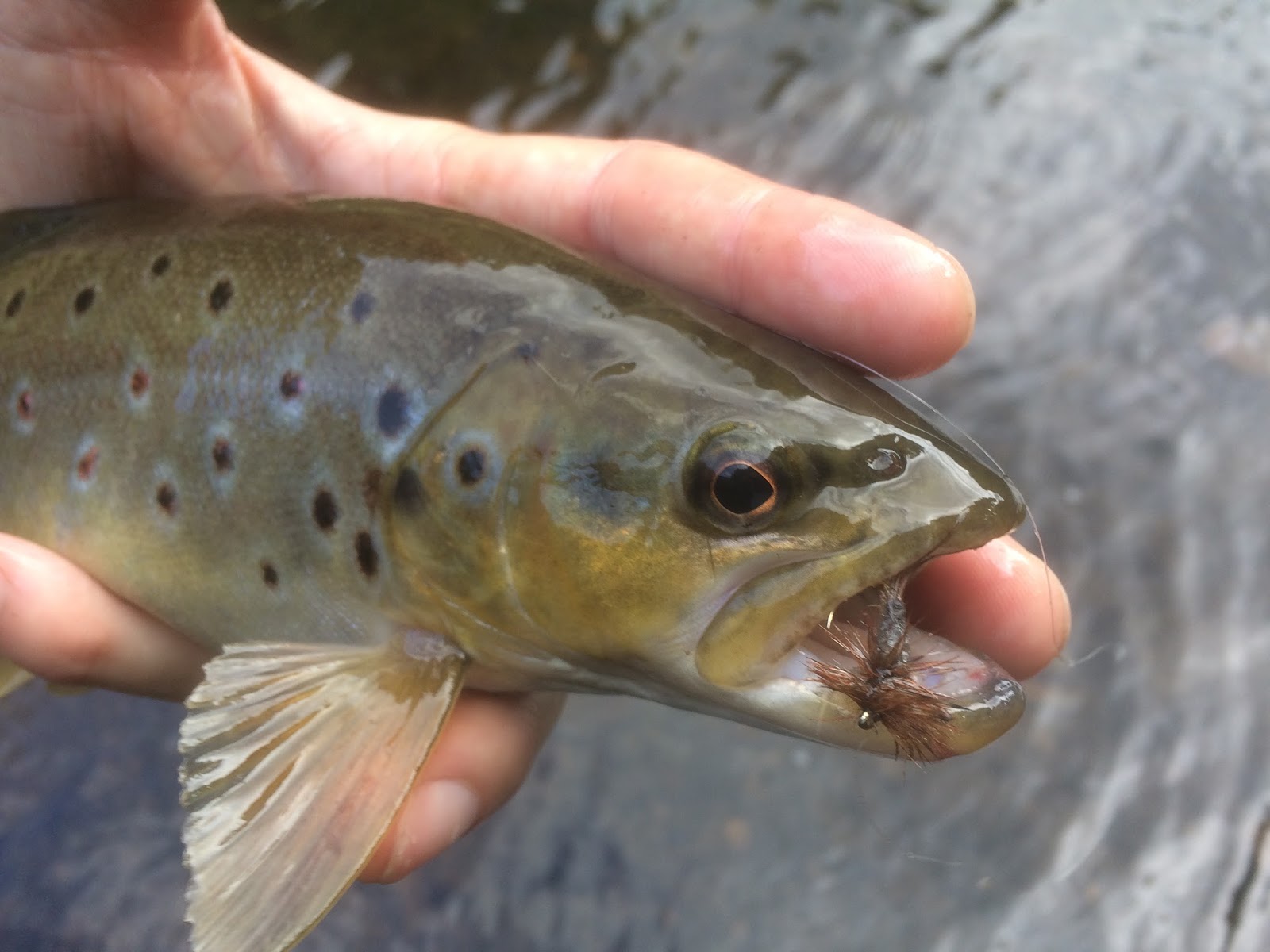 Moving upstream i cast to more rises and missed one rise. But alot of the rises stopped after a cast or two. I must of been spooking them somehow, was my leader showing? It didn't appear so.

Moving up to where i bagged 2 a couple of days previous there were a couple of small rises and one of them was a familiar one. I got a take and it have a good fight, but that wasn't the surprise, the surprise was when i landed it. It looked familiar, hell, is this the one from the other day? taking a picture of the fly in the mouth i noticed a tiny red mark, checking back on previous images it was the same place the hook was in previous and the markings were identical. It was indeed the same fish. This was showed how effective well practiced catch and release methods can be. A fish fighting fit 2 days after it was caught previous.

I missed a few fish later on, one showing it's back before it snapped at the fly, a peculiar moment. But my casting is still improving and my watercraft is increasing but still alot of work to be done! It's only a matter of time. 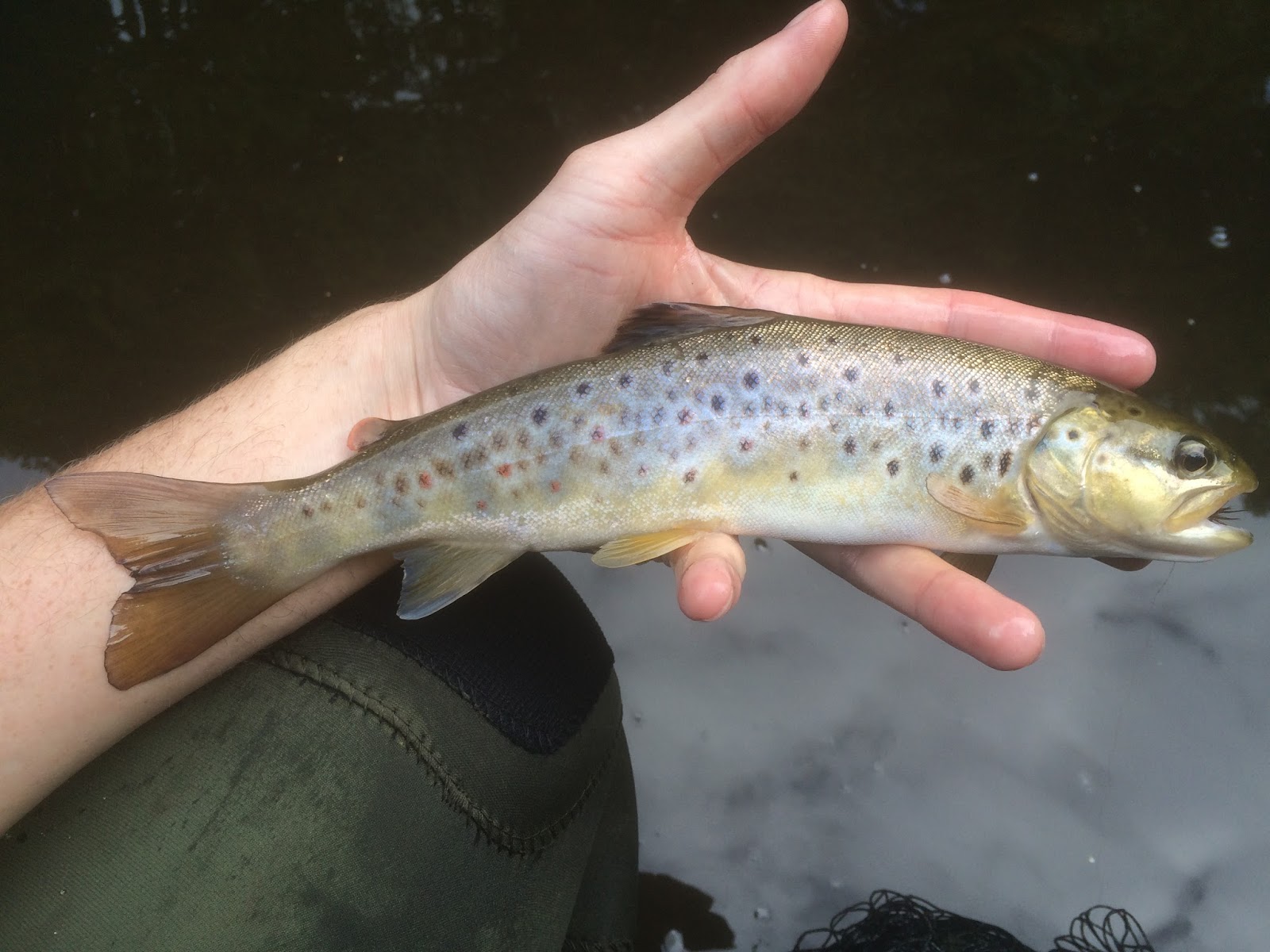 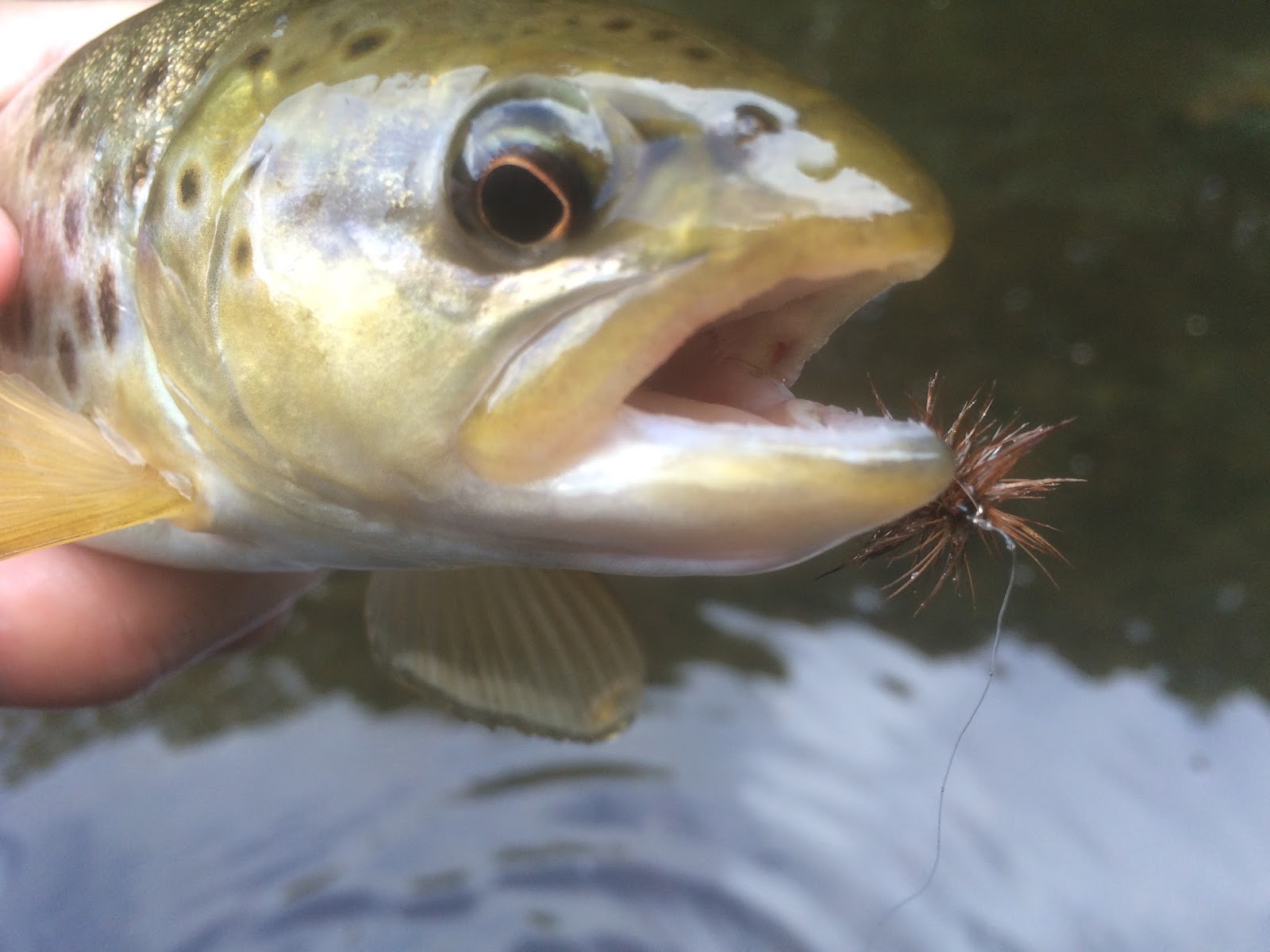