With a couple of hours to spare i headed off to the river in search of some late season trout. Reaching the pool where i lost the big one, the sun lay behind me but thankfully the trees shadows hid mine and the the trout were happily feeding off the top.

With the same set up as last time i cast towards the rises and on the second cast i hit into something big but unfortunatly it was off in a matter of seconds. Strangely, unlike last time, the rises continued constantly. After 1 small miss and 6 different dries later i decided enough was enough and they must of been having a Friday night party as they just didn't seem interested.

I popped on a klink hammer with 2 nymphs below. no weight in them at all and headed off upstream.  I lost 2 small ones after they flopped around on the surface but was finally into one as i fished under the canopy of trees. I had just pulled the weed off the hook for the upteenth time as even with no weight i was dragging the bottom. It was a average size trout but a positive as with losing 2 on the nymph and missing the ones on the dry i thought it was going to be one of them days. 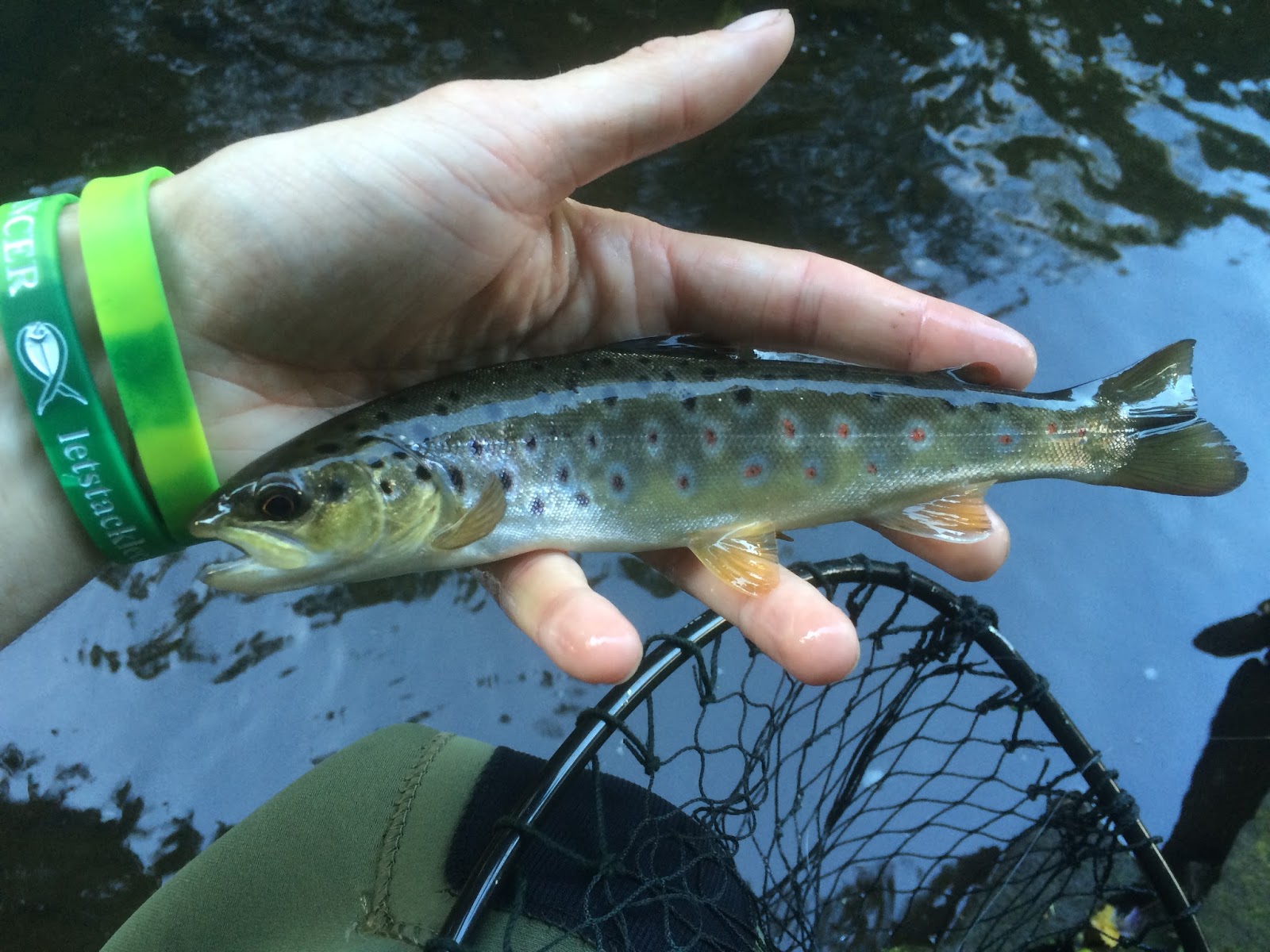 With no further hits i headed to the last run, it was strangle quite despite the off rise where i caught the same trout twice in a week. This time i was nymphing however so i fished the riffles which where heavily weeded so wasn't worth it before moving to the pools. The mid pool, a 10 foot run between 2 shallow riffles, produced one fish but after it tried to become Tom Daley it was off the hook. Frustrating but my own fault. I was keeping the rod to high rather than fighting the fish.

Moving to the slower pool and the riffles tail water i was quickly into a trout and it felt a good one. It initially stay down deep which made me think it was a chub but i quickly realised i was making the mistake, i was trying to pull the fish up rather than fight it. As soon as i started turning its head i was on the surface and into the net. It was a cracking 14'' trout. Plump and with great markings. The nymph i was test driving seemed to have gone down a treat! 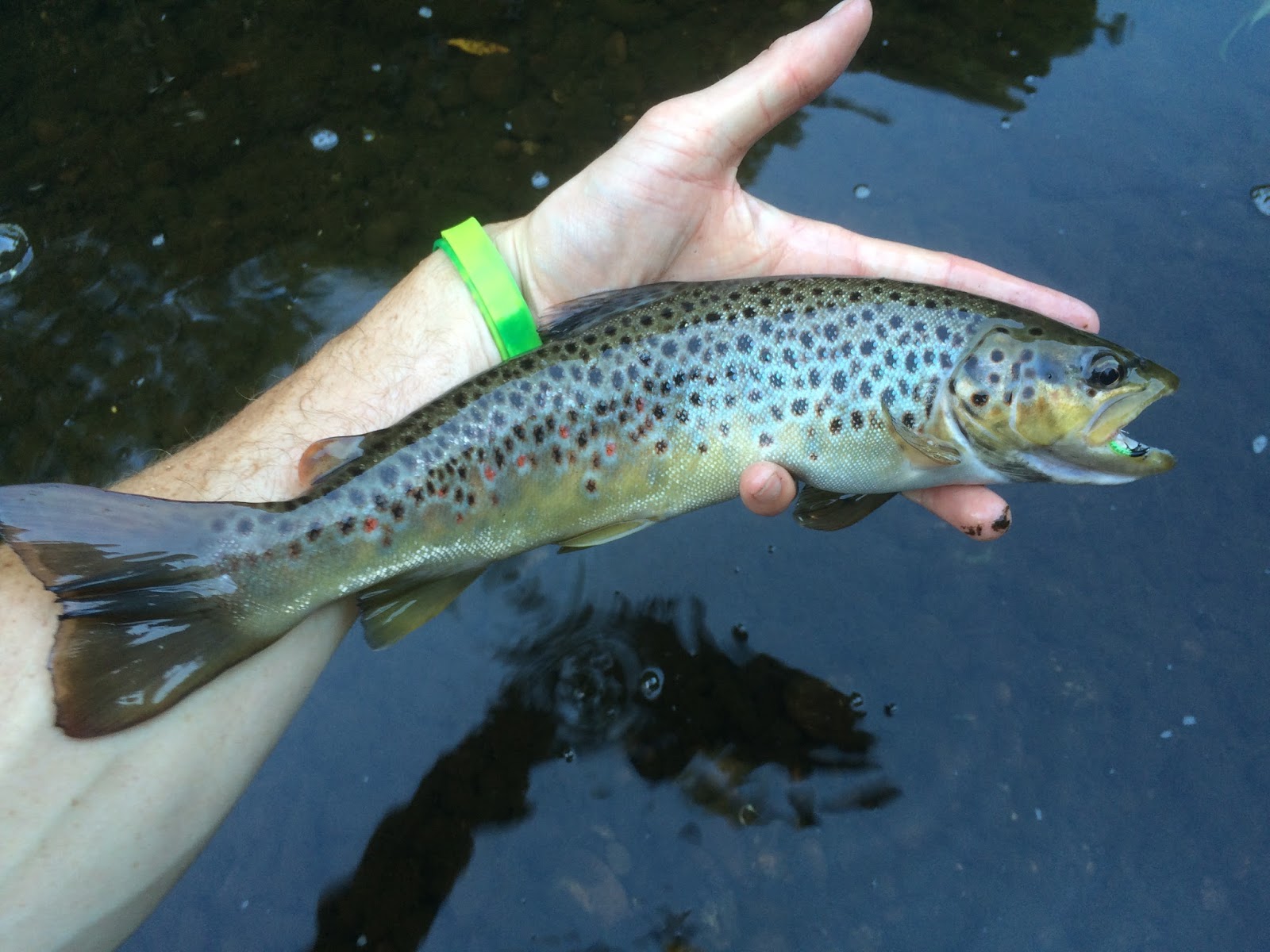 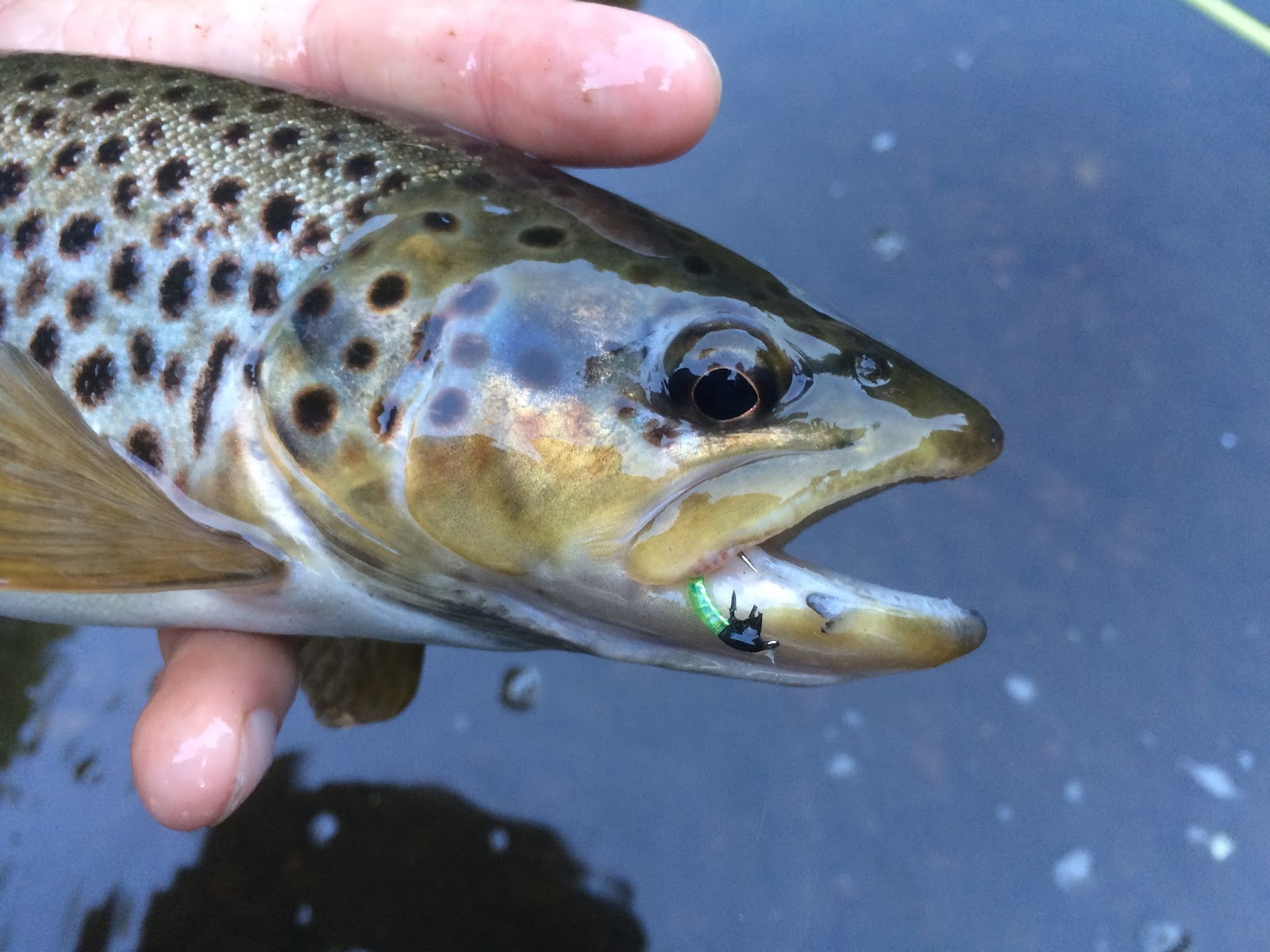 5 minutes later i cast and saw a large flash of trout colours where my nymph had landed, I had spooked a decent trout but a couple of casts later i saw a flash just below the surface and i was in again and this bugger wanted to give a fight. It fought hard as i got it towards the shallower water but a quick turn and it was heading into the deep water, my rod bending with it. Pulling it back and forth, constantly turning its head i got it to the surface and with a lunge i had netter it. It was the same length as the one previous but a whole lot fatter. The butter cup yellow belly lighting up the gloomy water.

It was a great way to end the day after an interesting start, hopefully i can pull a few more of these trout out before the season shuts! 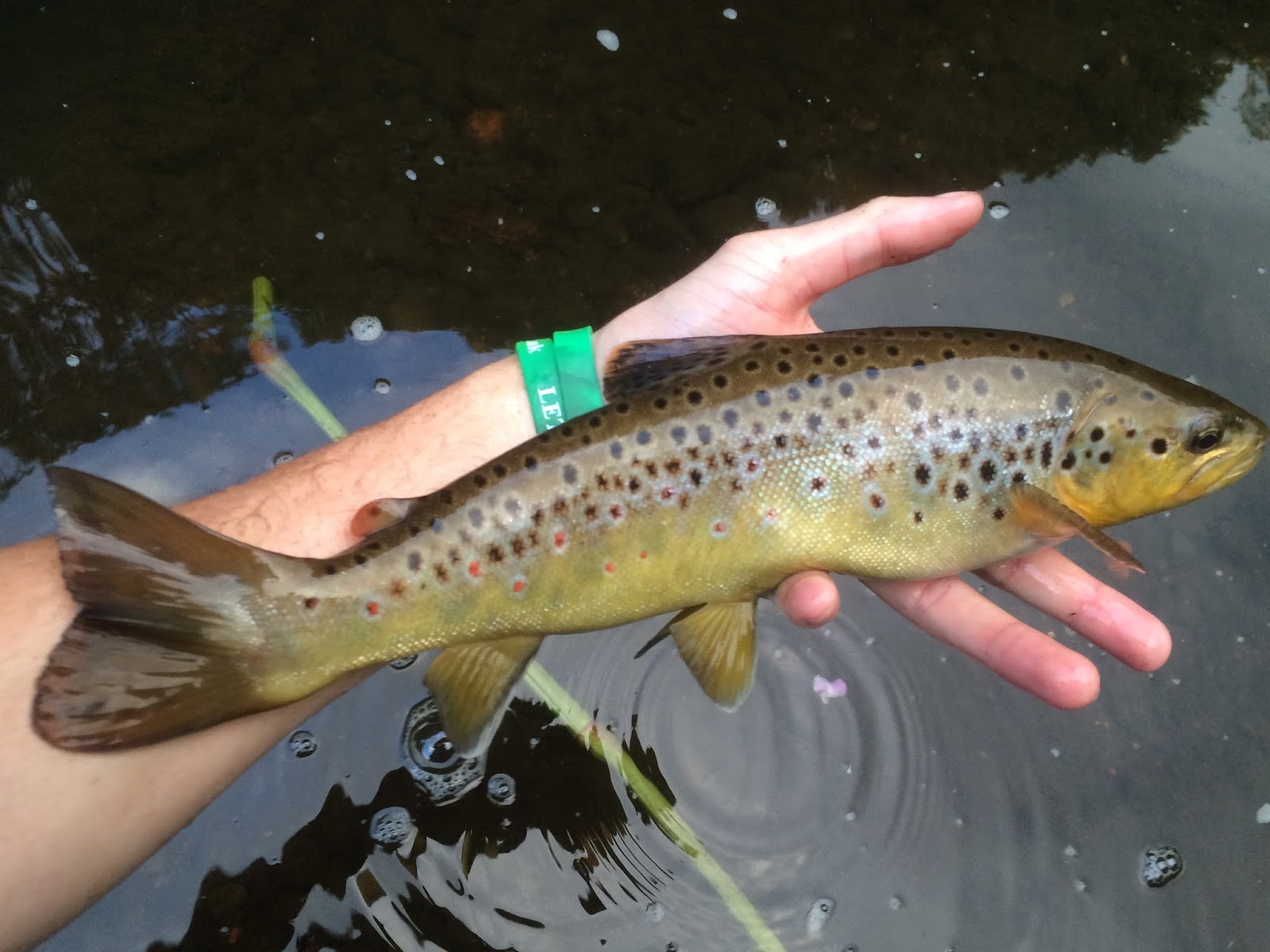