So it's been a long gap between my last fishing trip on the 25th, i had planned for a long session the Friday after but the heavy rain ruined it, and a walk with the rod a few days later, ended up just being a walk. Today i took the rod for a walk and was pleased to see the river looking pretty tasty.

It was still a funky brown and visibility was about 2 feet deep but to me that's all a trout needs.  Cutting through the bushes to my spot i stepped into the still fast flowing water, my rock marker noting the water level was down at least 30cm.  Looking upstream i noticed movement. Someone was fishing on my stretch! Thankfully just a heron.  Noticing me cross the water it flew off in an angry rage, screaming at me, those who have heard a heron know it's not very pleasant.  Well if the heron is here then so are the fish.

Initially i started with an olive nymph, worked one set of riffles with no luck, hmmm, decided to go New Zealand style with the duo and added a hares ear on the point. Working the top of the riffle i caught a small trout on the top olive. Pleased with knowing the fish were taking the fly i moved up to the stretch were the heron was.

Now i usually work my way up the river using a 10 cast system, 3 for each lane and 1 just in case ;) now the cast gets reset should i get a hit or catch.  I was in this pool for 2 hours.  Now it was interesting fishing, as i couldn't work the fish out despite getting so many hits and takes and that doesn't include the ones that came off just before the net.  For some reason, bar 2 trout, they all took the top dropper, because it was olive? no, i swapped the hares ear and olive round to help with the hooking (as NZ Style can cause problems with setting the hook) but then they'd take the hares ear on the top fly. I took off the dropper and tried solo fly but nothing. One for me to figure out.  I caught 5 here and lost at least a dozen as i brought them in. i could feel the fish hit the top fly as they hit the line also and the hit felt huge even if it was a tiddler as most of these turned out to be. Also one of the bigger ones didn't even fight, i went to retrieve but felt a weight so believed i'd hooked onto weed, low and behold a trout pops out, probably as confused as i was.

i took pictures of 9 fish, 1 showing the size of the small ones, no need to take pics of them when there hitting so often.

It went strangely  quiet so i moved on up to the next set of riffles and was watched by an audience. Caught 2 here much to the belated excitement of a young child screaming 'GO ON! GO ON!' luckily no other hits were here so i could move on up.

I got to a spot were i had caught one before even though it is literally ankle deep, and bagged a small trout on second cast.

Reached the last section before the weir and caught 6 here, the bigger ones were here, fought well, staying deep then kicking for all there worth once near the top. lost a few decent ones again due to hook setting, but again about a dozen lost on the retrieve, caught a trout with a pretty mangled mouth, didn't effect it though, was like a jack terrier the way it ran across the bottom of the pool. And bagged a nice bronzey coloured trout with red spots, not sure if  the hook displaced in the net but it was in it's cheek when i pulled it out.

Dogs ended up in water, as people sat and watched. so walked back home but did a couple of casts in the riffle i started in and caught 2 more.

All in all 16 caught, and at least 2-3 dozen lost on retrieve nevermind the hits. Today was successful beating my old PB of 7 on numbers caught, but it could of been astronomical if all the hooks had set properly.

Also had a fight with the wire snag think it is below ground as i found another part about 50m away, got would i could out but the rest goes underground. Need gloves for a proper pull as was cutting into my hands slightly. will find my flies on it once its dried out. 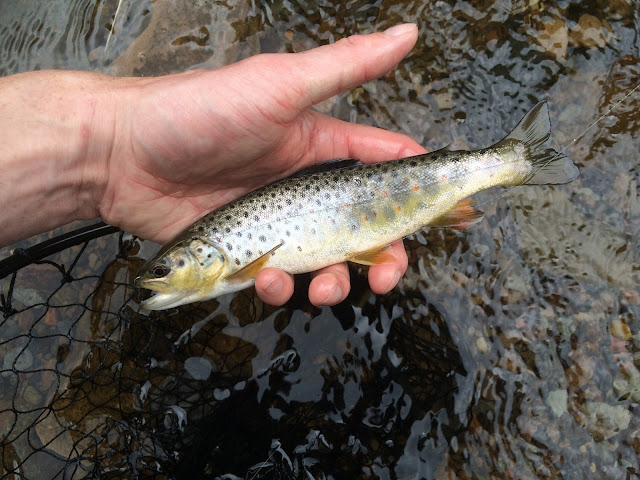 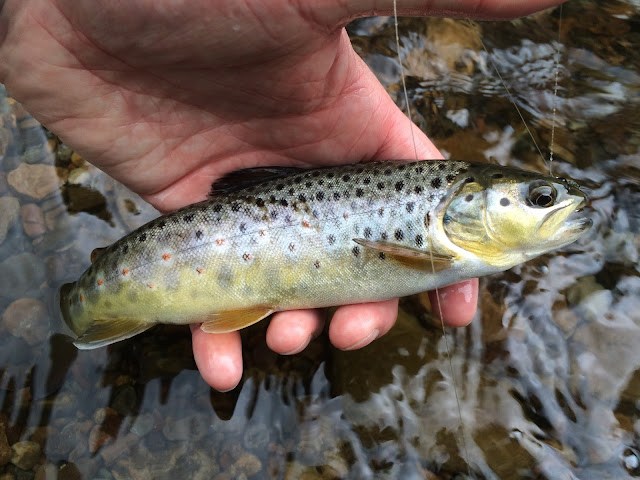 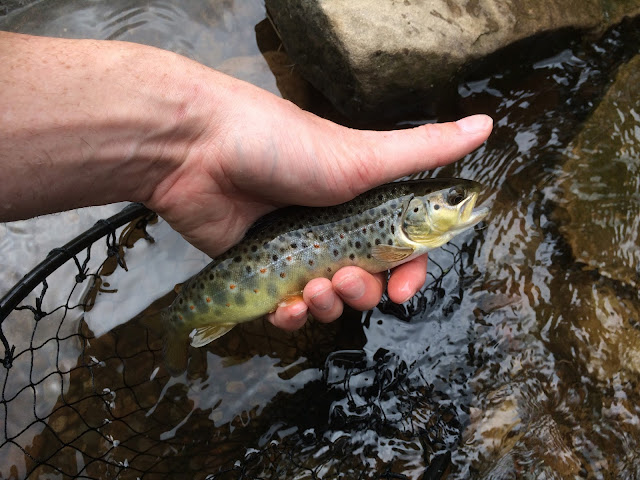 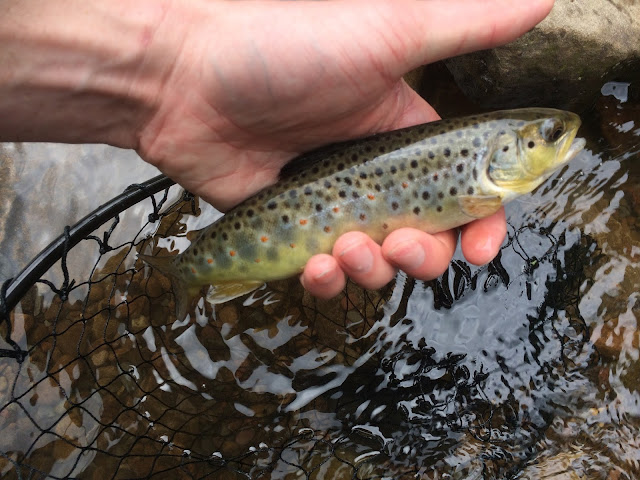 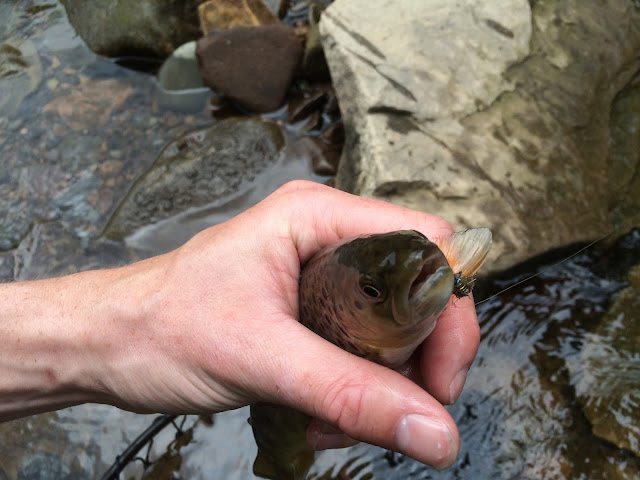 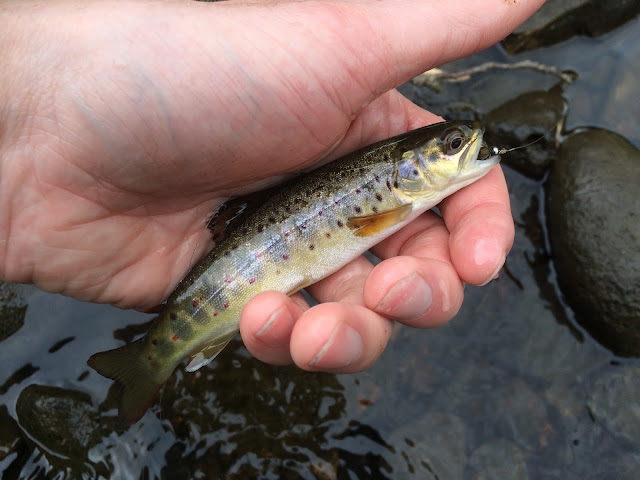 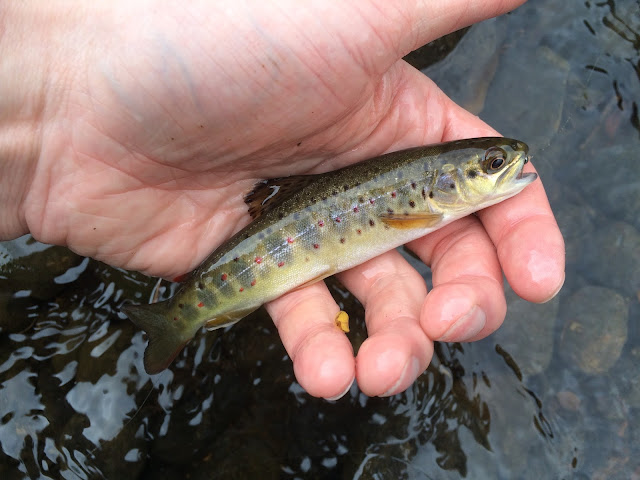 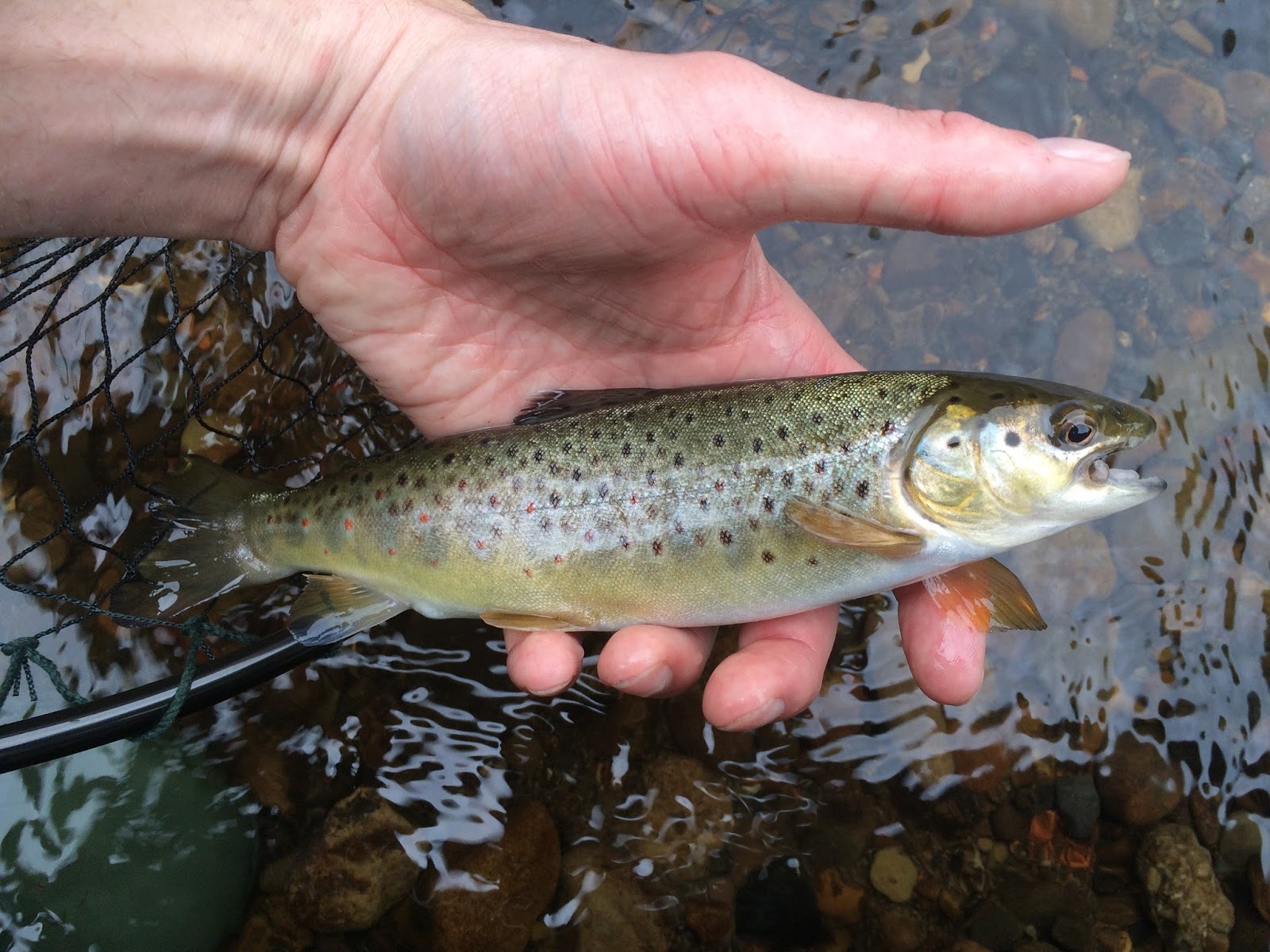 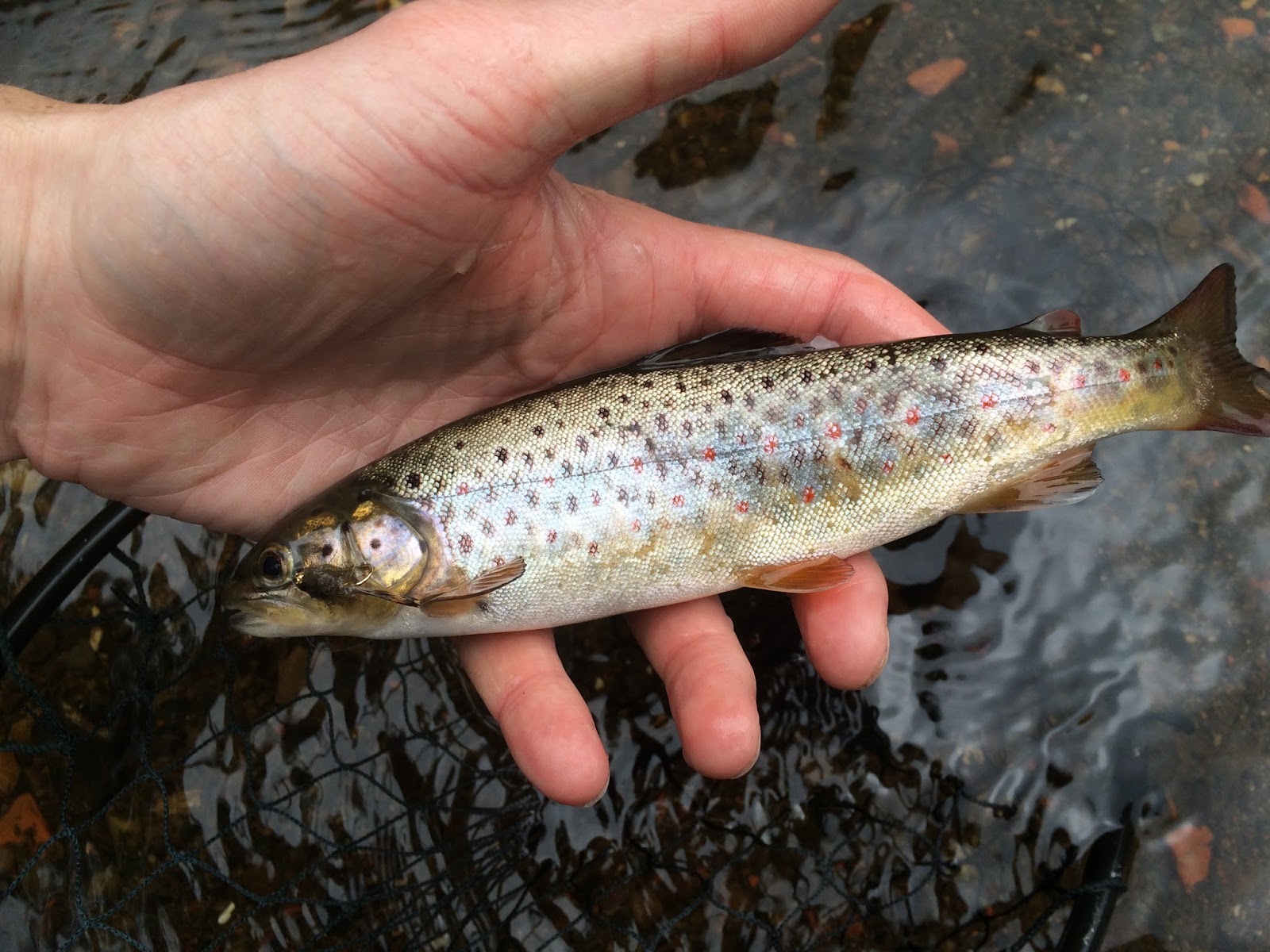 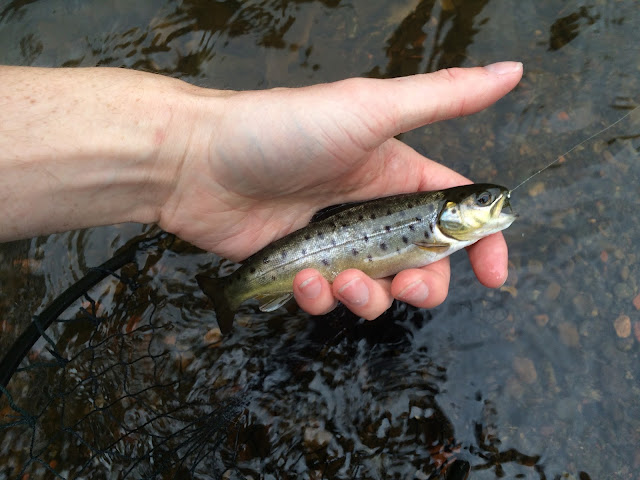 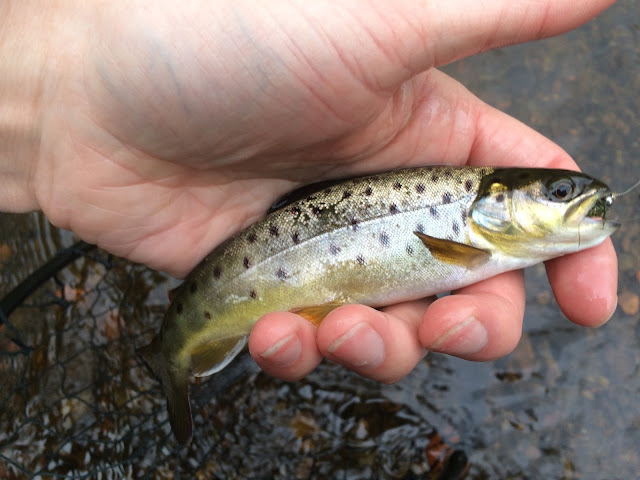 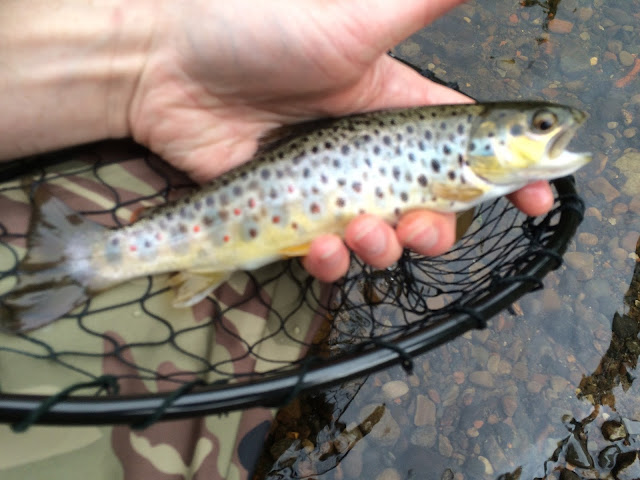 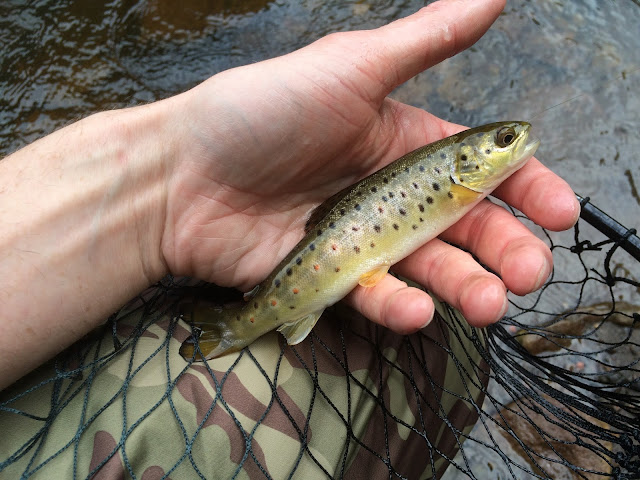 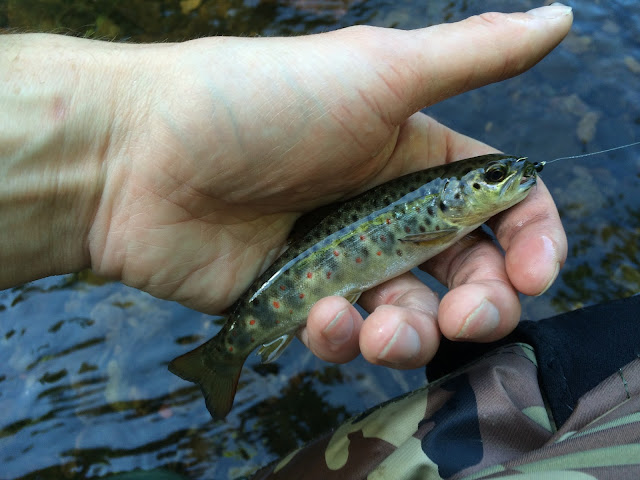 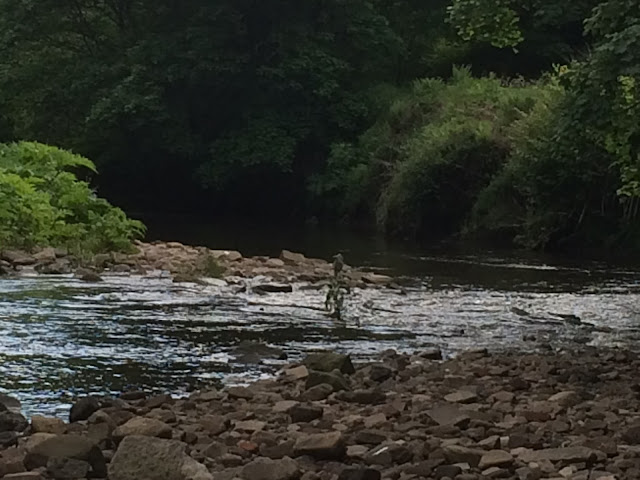 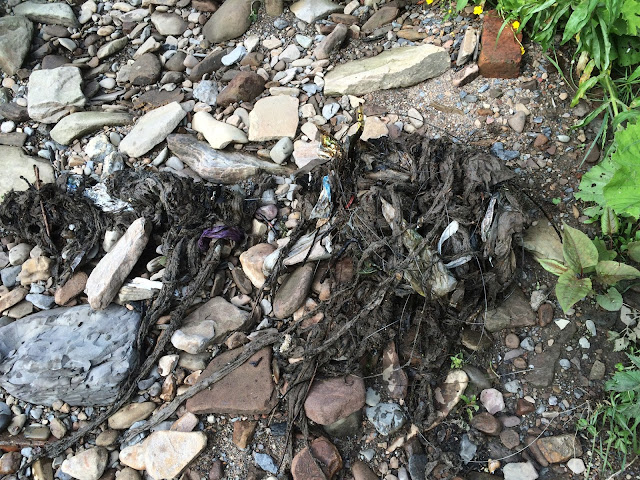 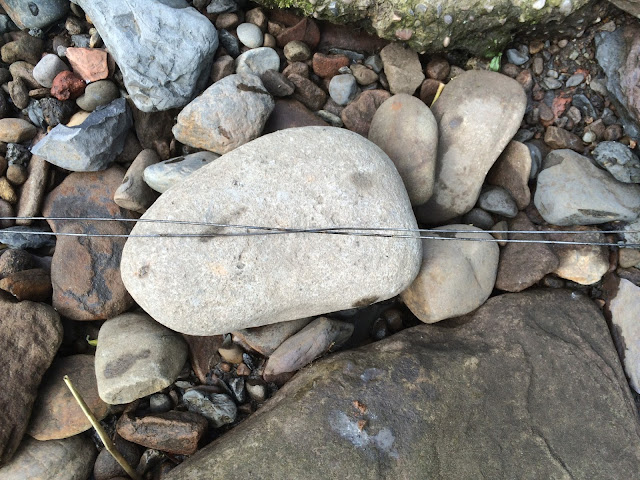 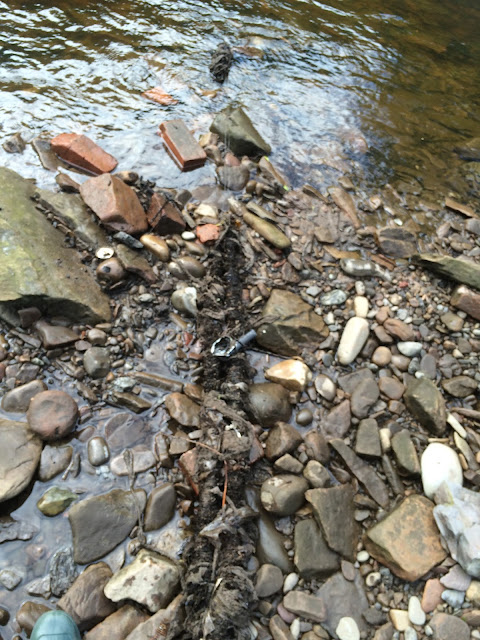