A cloudy morning lead to a hot humid day and with a few days of odd showers i expected the river levels to be higher but they were barely up an inch or two. Reaching the river i changed my flies from the canal set up to 'The Depth Charge' and a hares ear and worked the first riffle, nothing.. but i seen a few small trout rise and then a big ripple rise in the slow section above, so i quickly swapped my nymphs for an emerger and a dry and worked the run but nothing.

Disheartened at the loss of time without a fish after seeing a few rises i swapped back on to the original nymphs and moved to the pool i have been quite successful in, well unsuccessful as i have lost the last 2 big fish here but an 11'' and a 15'' from here is quite good. casting at the beginning of the pool i felt the bottom a couple of times before i got a hit and a got my first trout  just bigger than the average ones but the girth on them is increasing, had a white trim on its anal fin. 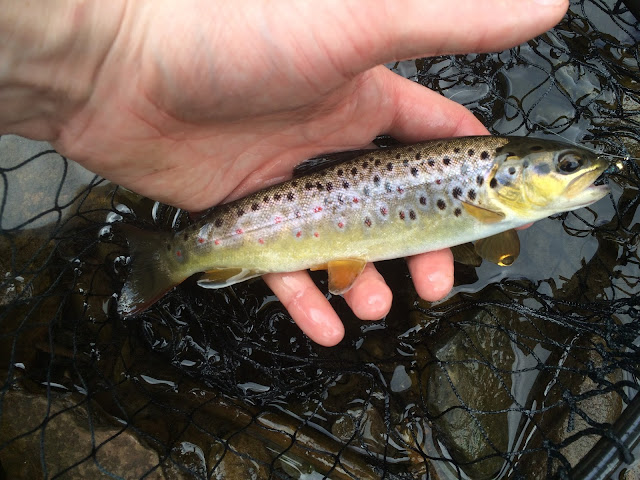 Moving to the top section of the pool where the underhang is i cast and thought i seen a slight take, striking, i felt solid weight, didn't really feel movement just seen my line moving as it was right under the rod tip. Then it bolted, climbing up the pool bank to the shallower area i seen a long line of gold under the water, clenching teeth i said a loud, 'i got it again' thinking back to the big trout i lost here last time, after pulling about 5 feet of line off it turned back into the pool and shot down, i pulled some the lost line back but maybe should of left more as my rod tip bent under the water from around 4-5 feet up (i can't raise the rod higher due to the tree cover) it turned again and then ping, the hook was out and about 10 feet up in the tree above, gutted i was, it had been a quick battle only 20-30 seconds or so. i managed to get my Depth Charge back but lost the hares ear so i replaced it with another one and begrudgingly made my way upstream.

It was fairly quiet in the open runs i caught a small trout in the wooded area again but lost a decent size trout just before the net, gave quite a fight to be fair, didn't bend the rod nowhere near like the other trout did.  Moved up the shallow bend that runs between 2 deep sections, managed a small trout and lost 2 other tiny trout on retrieve. by this time it was getting quite late in the day so with an hour to spare i decided to do a quick fish back in the odd spot. 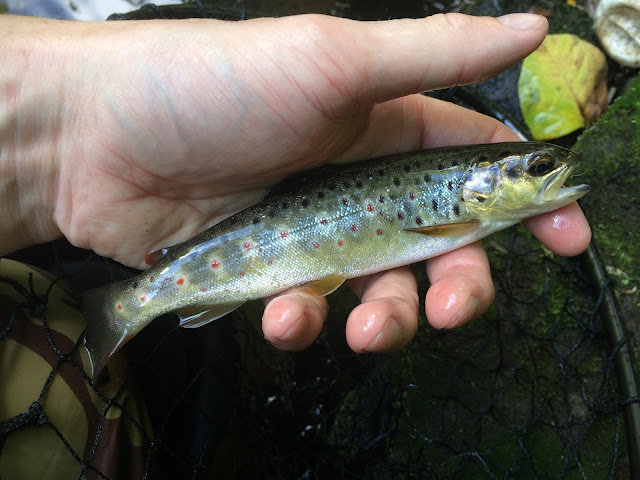 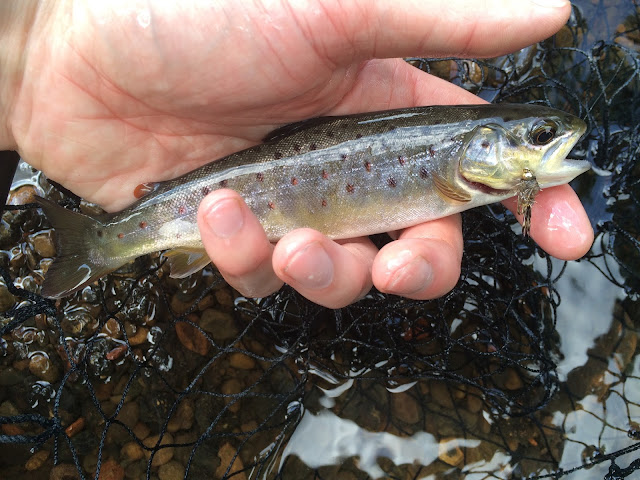 Going to the start of the last run i cast into the deeper pool which i try to avoid sometimes as the water slows alot here and has numerous snags, so weighted nymphs tend to just sink like a stone with no movement  but i was in on the first cast and it was off downstream,  i gave it a little line as it started to jump and dive, scared of losing it i pulled it towards the shallow gravel and raced out to meet it, at least i had rod room here. scooping the net under it the fly pops out. just in time,

Very decent fish, about 10 inches as it was the width of my net, good girth and great condition! 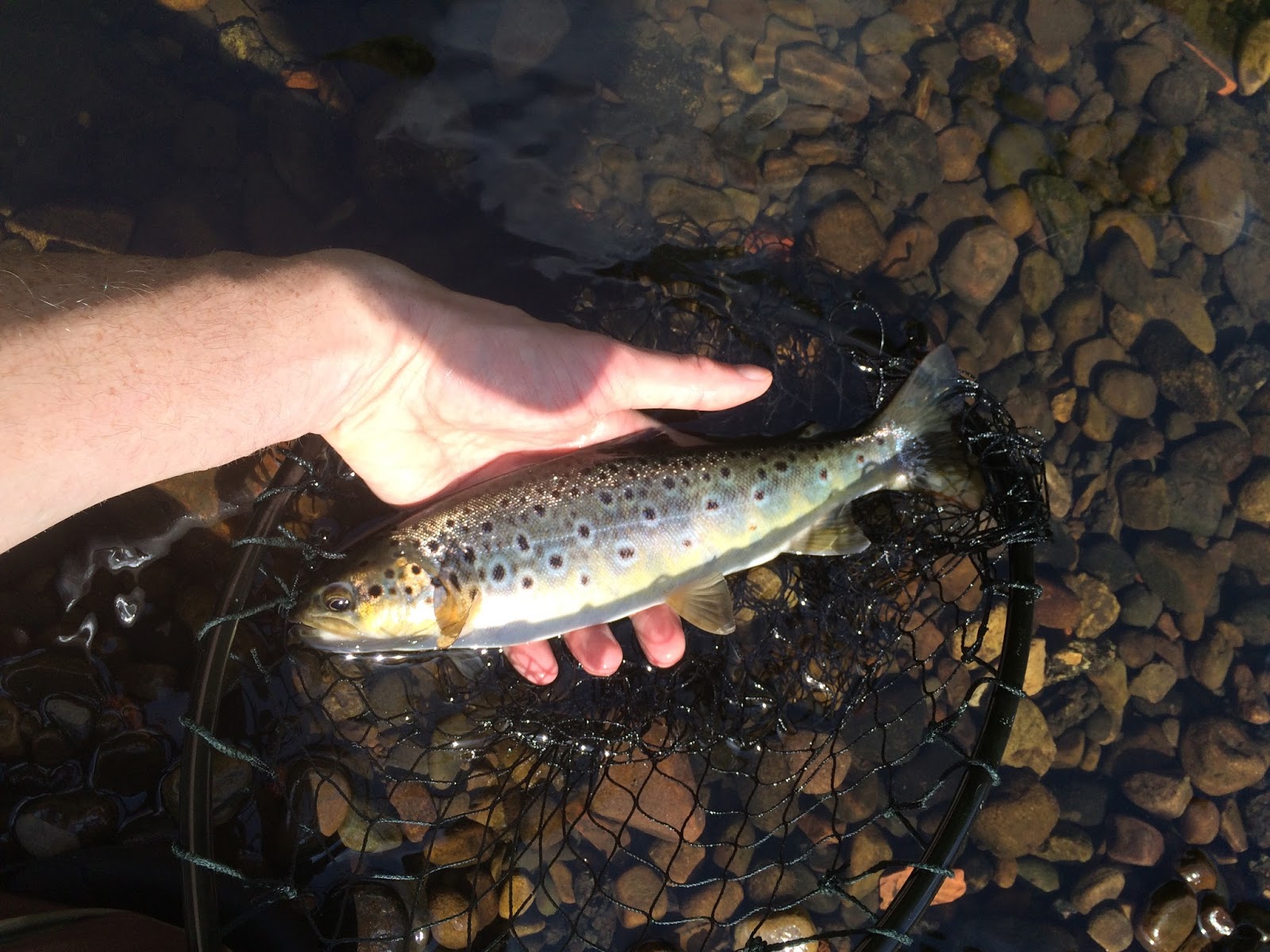 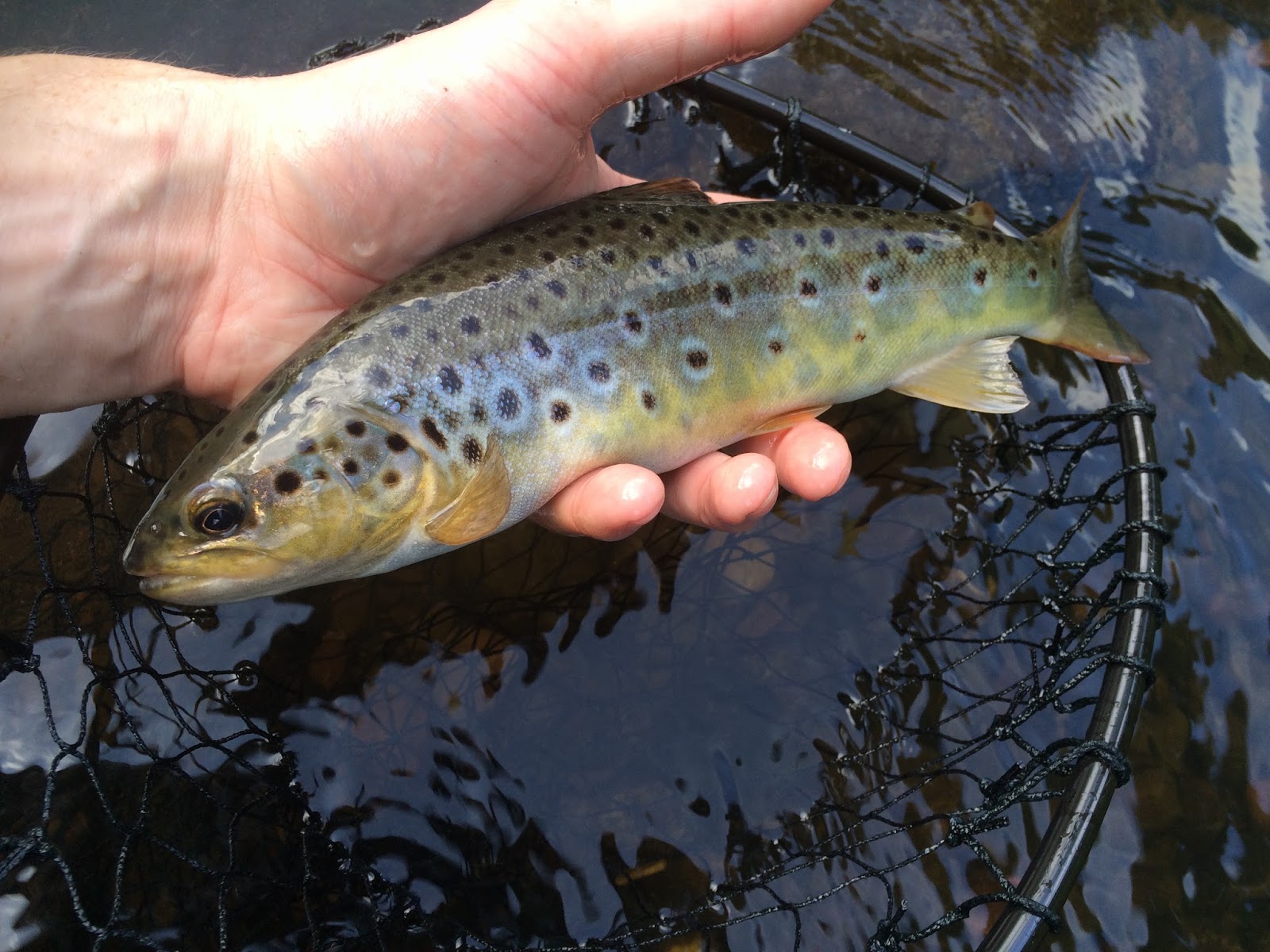 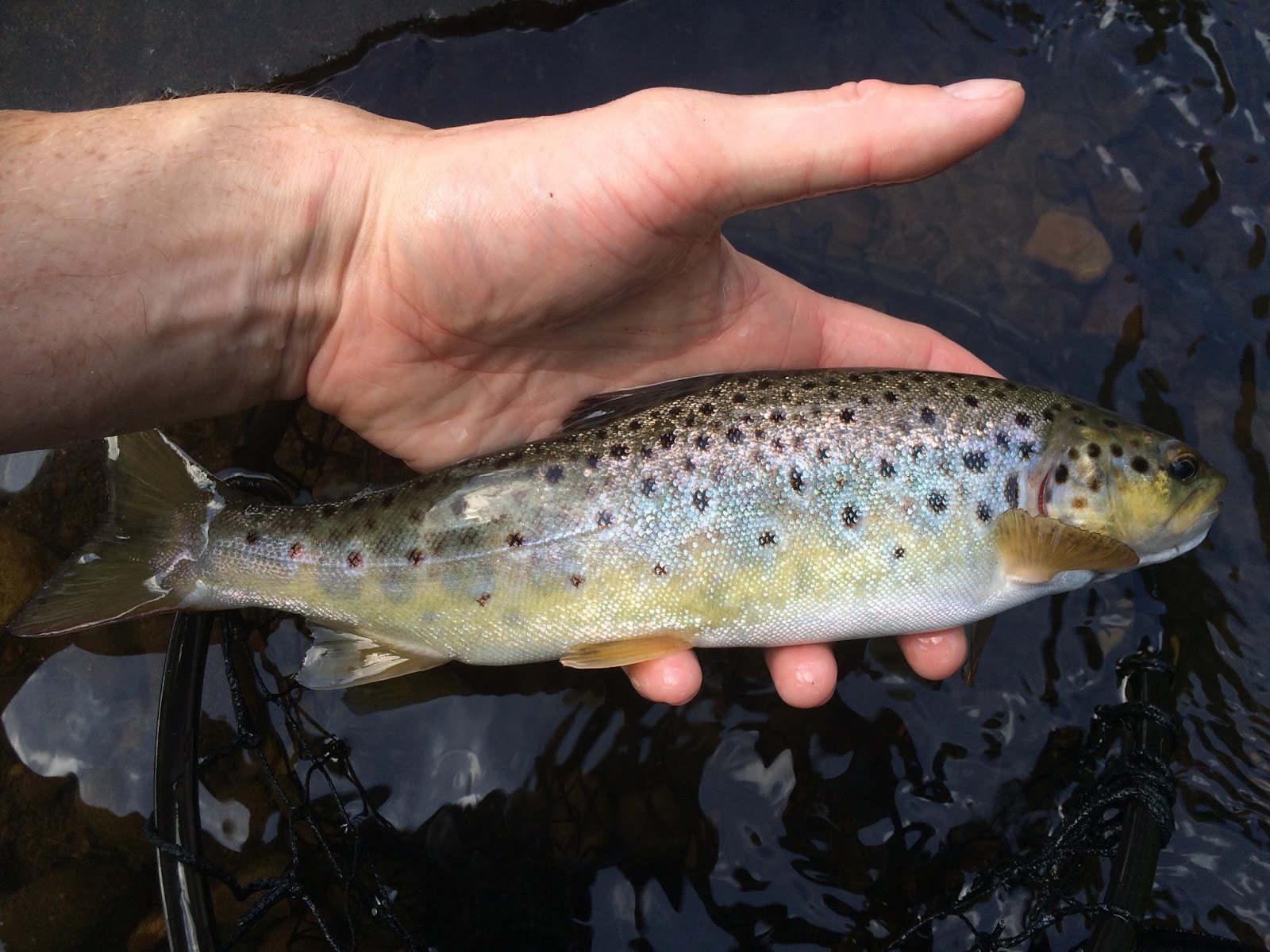