I'll keep this pretty brief as it covers 2 days of fishing. Was fishing on the Tuesday and it was a sunny day, not too warm like it had been of late but warm enough to enjoy it.  I started off in my usual run, working the riffles and the back eddy, it's a prime spot for a trout so to not get a nibble made me change. i decided to but on the czech nymph and a epoxy buzzer and within 2 or 3 casts i was in to a trout. Worked the rest of the run but to no joy but at least i knew they were biting.

Now last two times i fished this next section i had a 15'' and an 11'' trout so i tempted fate once again. Watching the line slide under slow i struck, it was a weird feeling, i didn't feel a particular feeling just resistance, but alot of it, and the only indication it was a fish was the fact my fly line was now hurtling off to the other side of the pool. Now this pool is probably 10 feet wide or so but it is about 8 feet deep under the overhang at least, and this fish was keeping me down there swimming round dragging some extra line out to reach the bottom, i kept my rod up and fought back hard managing to turn it round and make it swim up the bottom of the pool towards me, retrieving some line the fish turned round to go back into the pool only to realise it had less line so couldn't do that, so it jumped. the line went loose. i swing my line towards me to see that it had snapped my line.  Now i only seen it briefly as it only jumped once but it was far bigger than the one i lost previously upstream. i was gutted as it had taken both flies as well so i can only hope it manages to clear them so i can have another pop at it again.

i managed another 8 trout that day, all average size of what i've been catching and a rather green bellied minnow.

Today i went with Mark Thomas​ to share some tips i'd been taught as being a newbie myself it was all fresh in my mind and it was good to see us both with very similar ideas on our approach. I explained how we would use different flies to cover more ground and at the first riffle i caught nothing, knowing this isn't right i popped on a duo and Mark bagged a trout at the eddy.

We moved up to the run where i had lost the big trout on tuesday and Mark fished the slower water managing to bag another trout.  Now we was fishing quite slow as i was changing my rig alot, so i put on the depth charge and the czech nymph and cast into the shallowiest riffle going and hooked a tiny trout only for it to drop off. Damn it.. well at least there taking these flies.

Fishing up the river and saving ourselves of a good few snags, i waded in for one stuck to the knotweed on the far bank which Mark had caught, can't lose a fish catcher!  But it was pretty quiet and we was nearing the end of our stretch and i was still on a blank.

Mark caught another trout at the start of a pool and ideas were quickly running out for me. I hadn't blanked in ages. then it dawned on me, i had bought some maxima line, chameleon and ultragreen, now i had chameleon on so i decided to switch to ultragreen.  Went to a shallow run and thought i felt a couple of hits and believed i saw the flash of the fish but i wasn't believing it till i caught one. Next cast i was finally in! Mark came up to meet me and caught another trout in the same run and as he was unhooking i pulled another 1 out.

After another hit and miss it went quiet so we decided to go to our last spot on the run, we spotted 3 king fishers at this point, now i told Mark about the river life and despite this area being a really nice looking section i have only caught 1 or 2 here and the rest minnows but luckily i managed a small one. At the start of the day we had upturned rocks and seen the invertabrates that live there but here we did it and it was bare of all life but for leeches and a lone tiny olive. With a sewer outlet only 10-20m upstream i can only blame that.

It was good fun fishing, quite tough at time but was good having good company and hopefully a great confidence boost to Mark who i'm sure is going to just crack on with pulling trout out.  As we walked back home we stopped to watch a trout rise.

I decided to go fish on the canal for a bit of a laugh and the Mrs was staying at her mums. Changing to an emerger acting as a float and putting a midge on i cast to the far reeds, caught a small perch on retrieve and then noticed my emerger was moving against the wind so i struck to find a nice roach on the end. 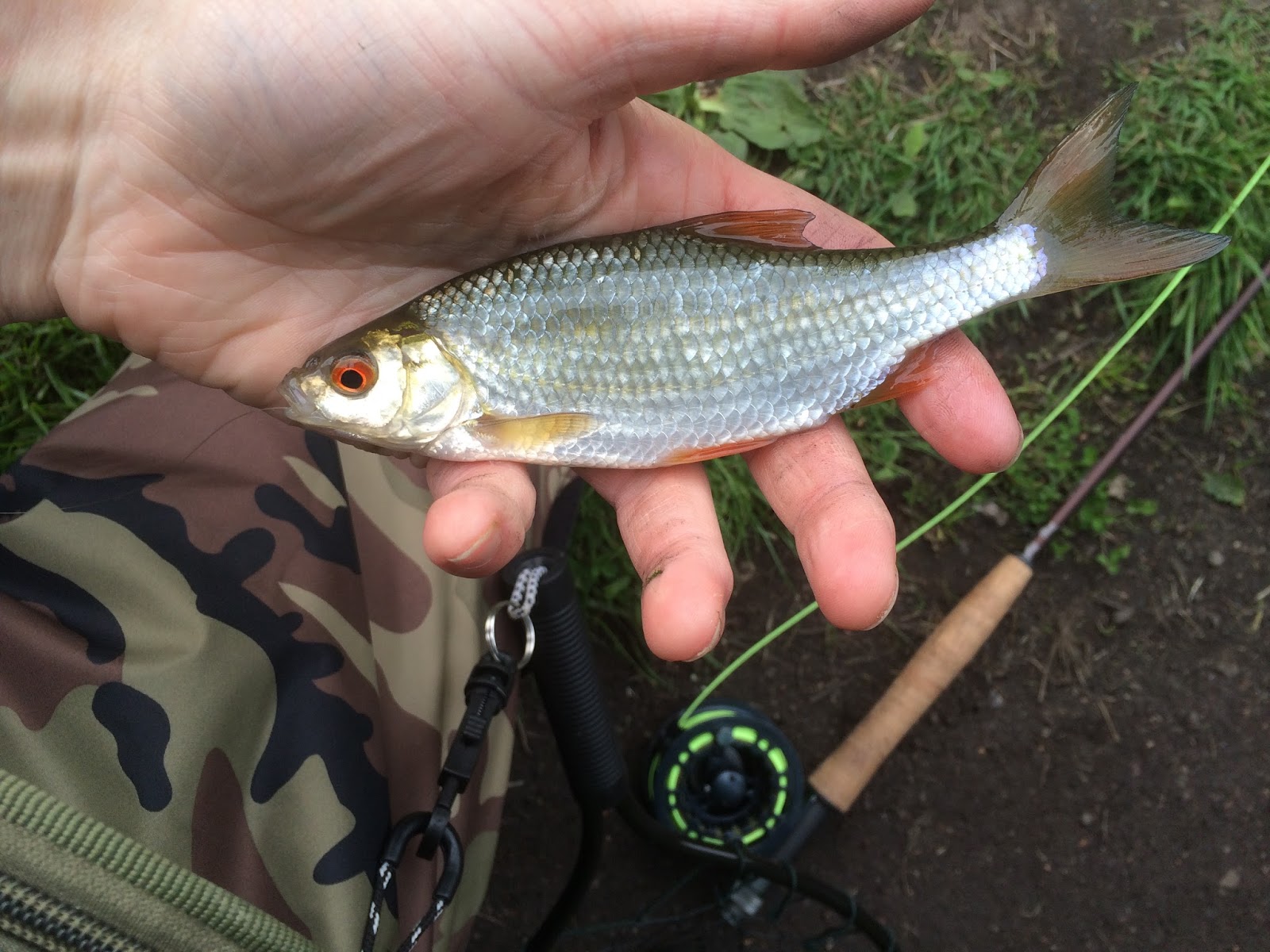 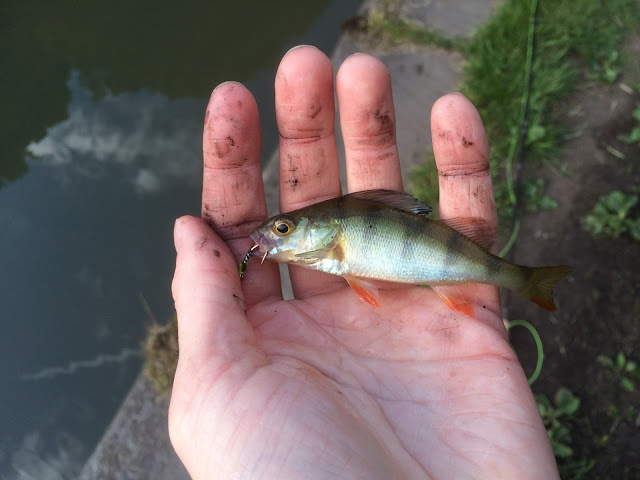 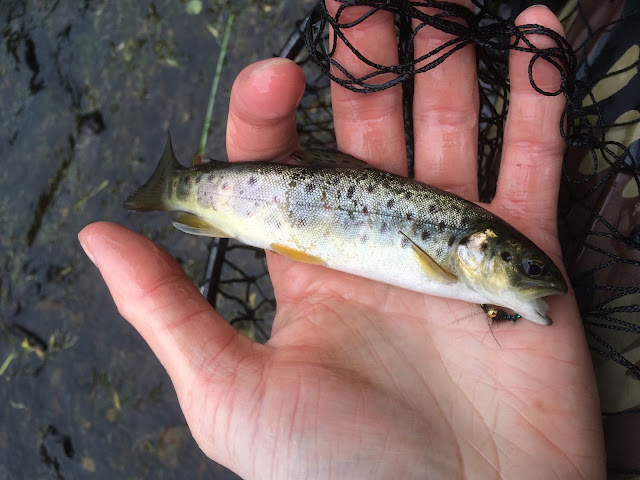 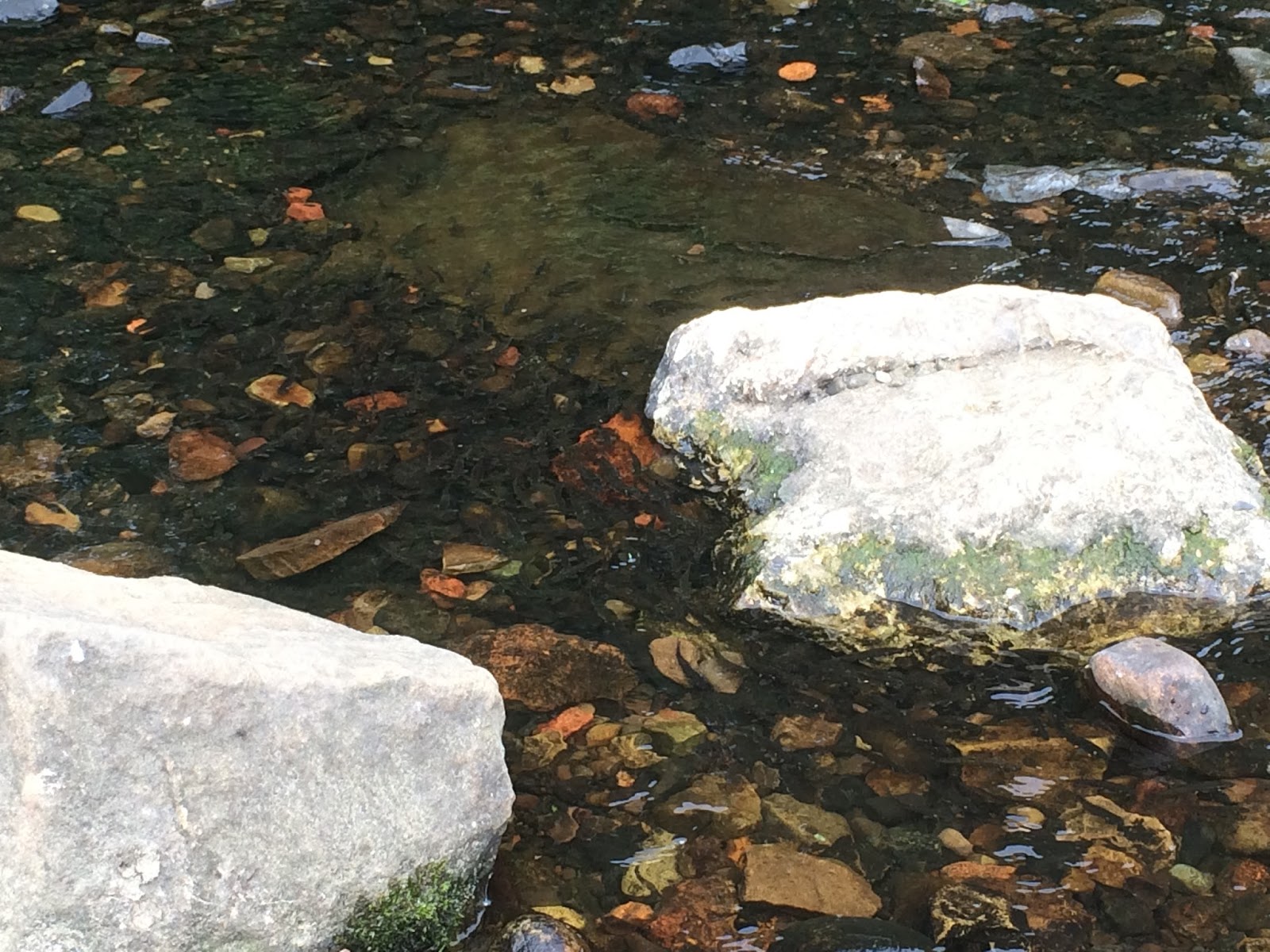 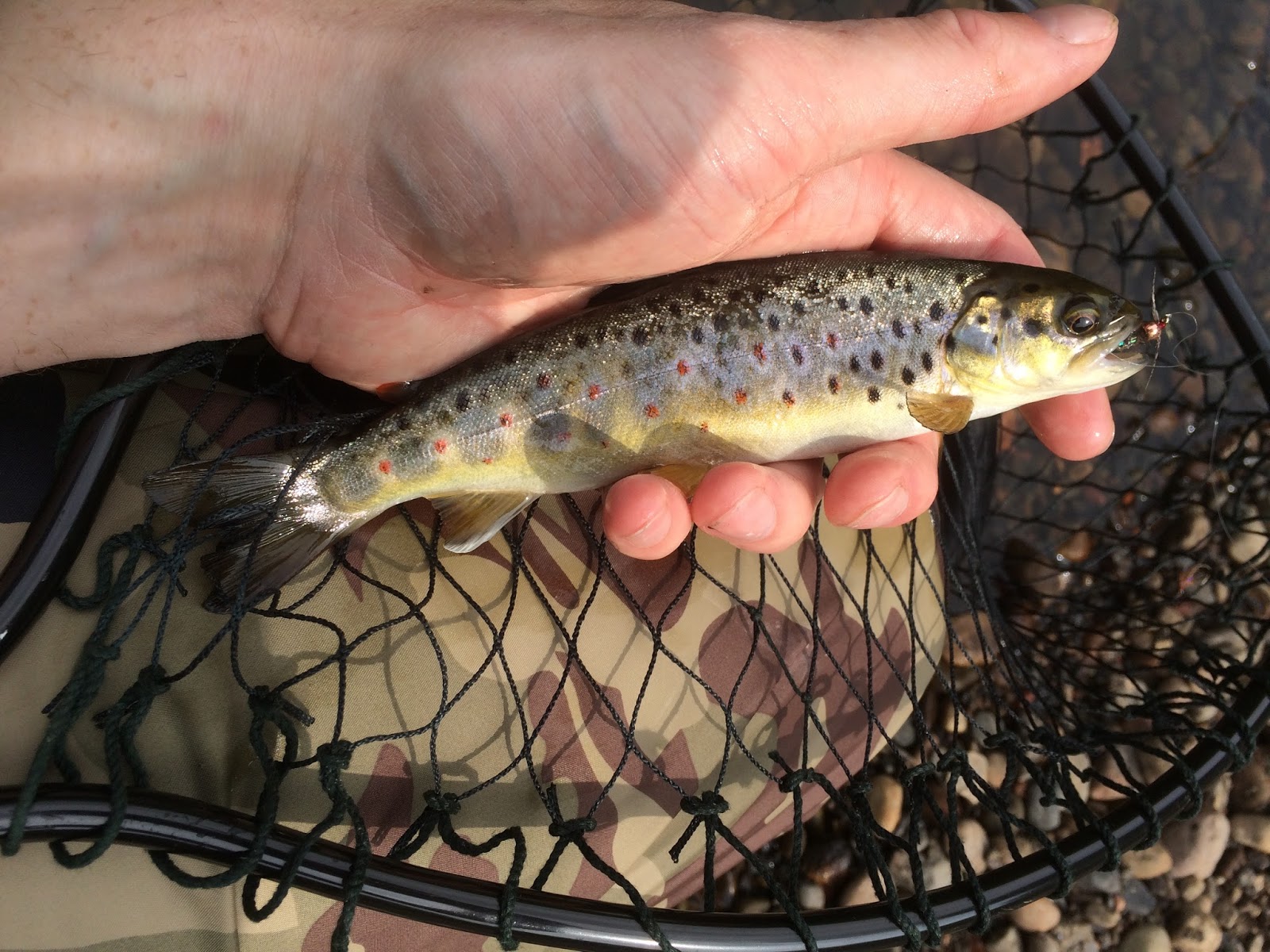 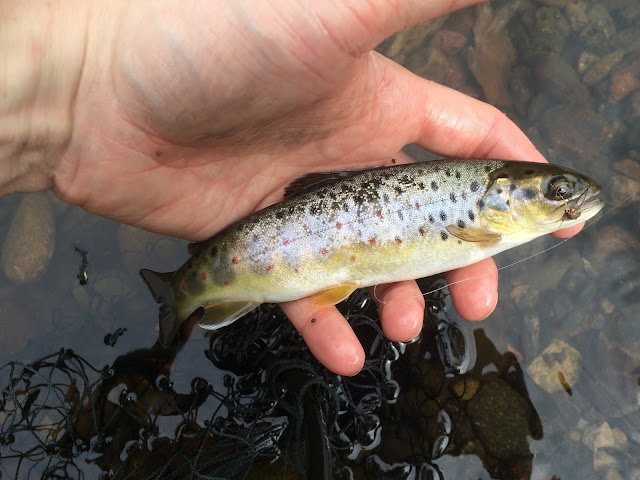 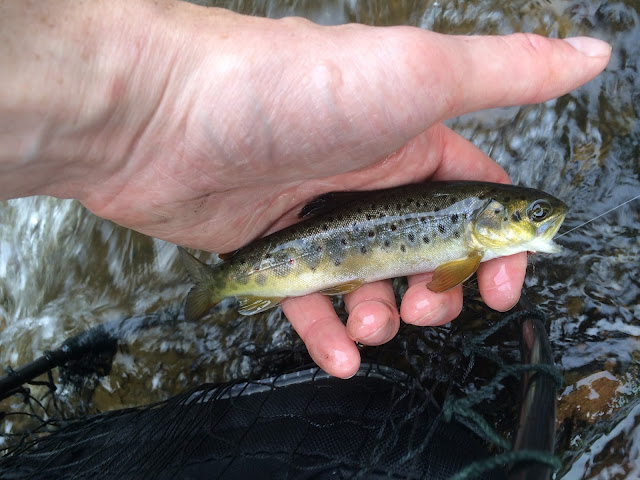 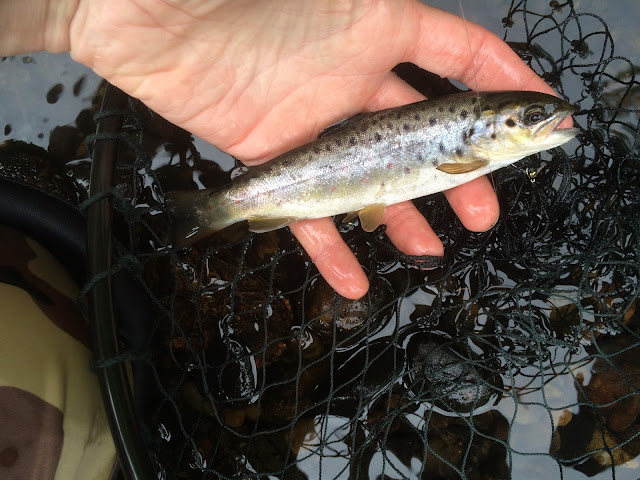 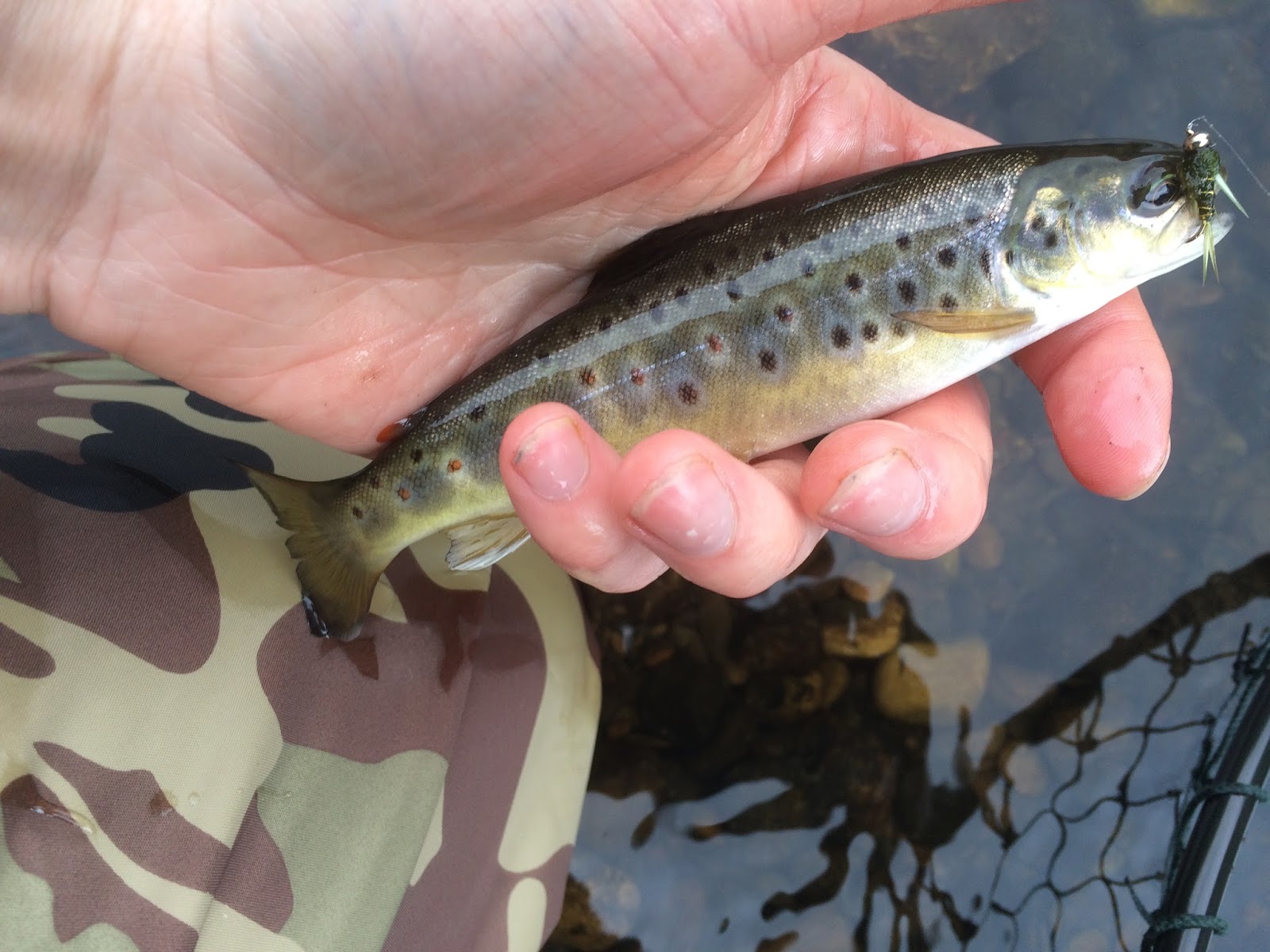 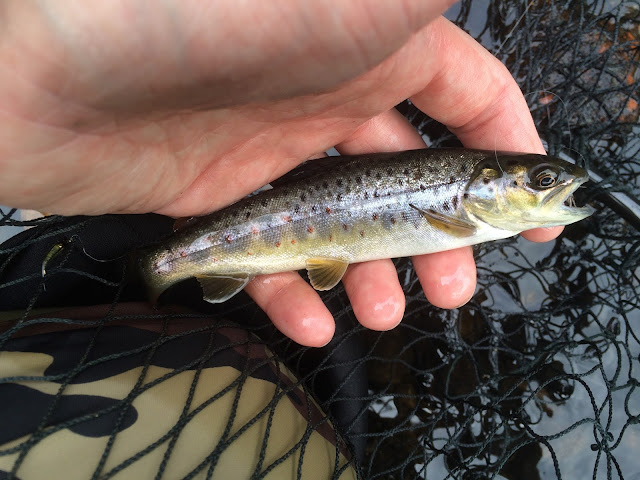 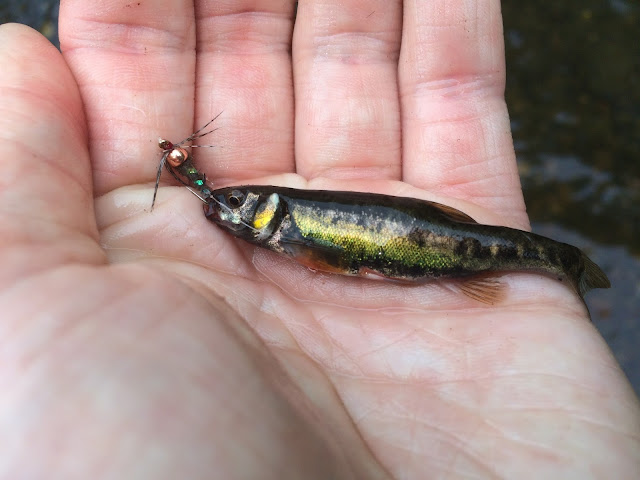 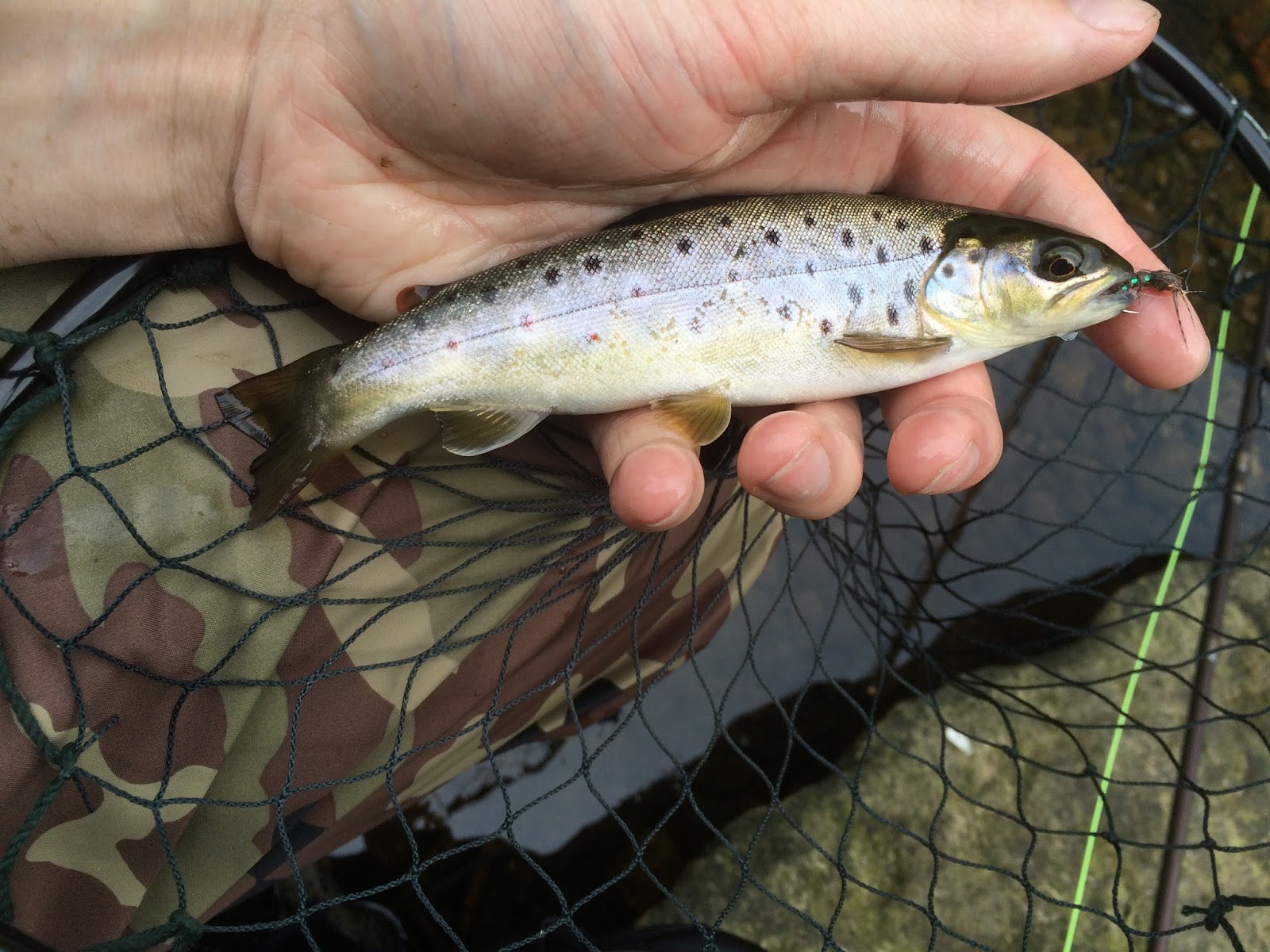 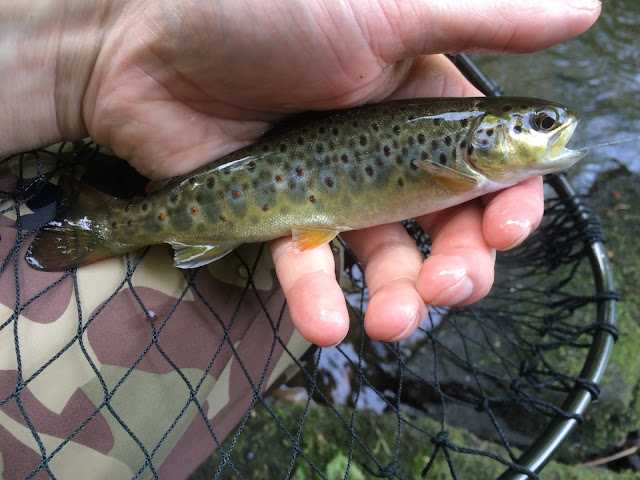 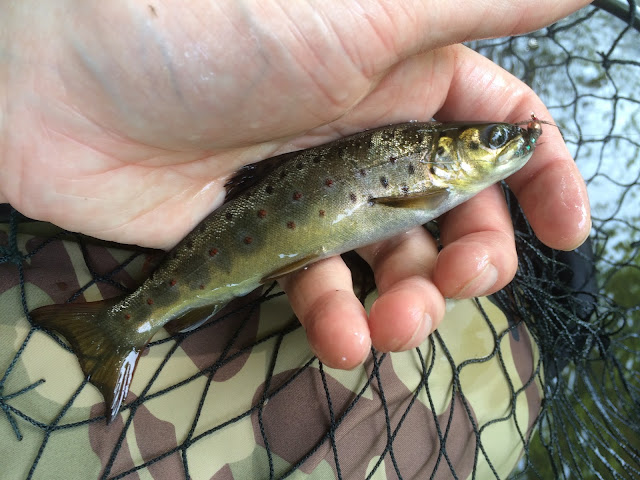 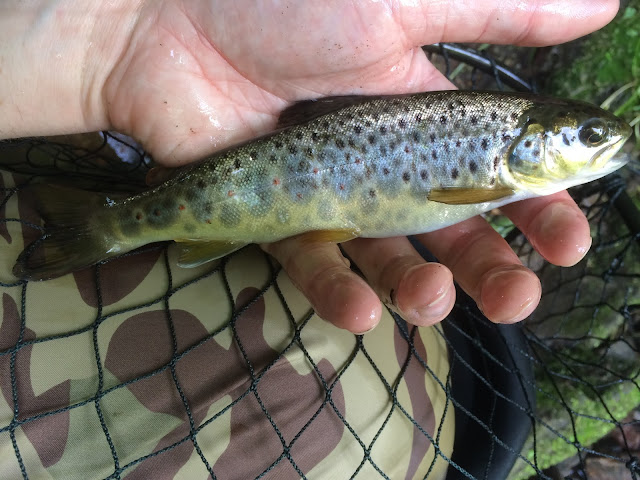 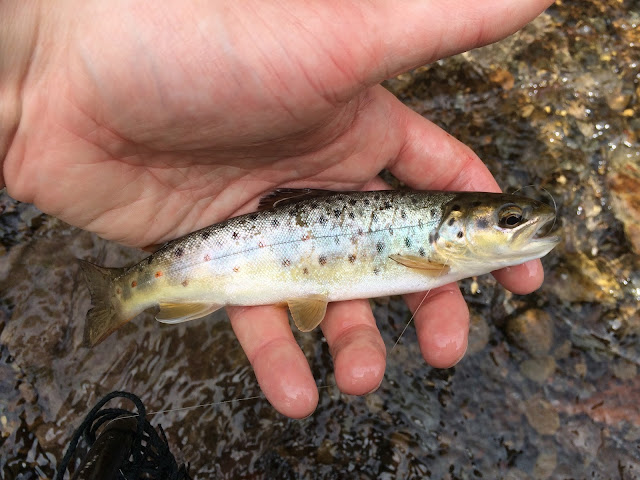