After watching the weather intently, and rain forecast for the whole week, i put my hopes on a rainy Monday to be a sunny one, after sorting out arrangements for my daughter to be at her nans with the plan to take my Mrs fishing to see what this river fishing crack was. Day license purchased for her and after she finished work we got ready and trotted off. Myself in waders, Rebecca in wellingtons, at the water side i told her she would be getting her feet a little bit wet. i guided her best i could over the shallow rocks but it didn't take too long for it to go over the top. After reaching the spot i fished last time i showed Rebecca the basics of French Nymphing, while i set up the other rod she fished. Now with 2 rods we worked a wider area, but her choice of a shorted rod seemed to impede her, (longer rod next time) but i was soon in, a small trout took the fly and i told rebecca to come look, she offered to take the pictures and the little bugger went safely back. We continued in the hole and both got knocks, several snags too obviously requiring me to silently wade in. After a quick break (barm and a brew) we got back to it and a cast to the far bank saw my fly go again, another small one, all good colors though, and safely away. Rebecca pointed out some small fry were at her feet and i had a look, their speckled backs told me they were trout fry which was a great sign! i told rebecca we'd move on up but not before i waded back in and removed a snag that had bothered me last time. A divan bed frame with cloth covering wrapped over a large rock. A nice spot for a fish to take cover behind now it's clear. Moving further up we cast into the rougher waters. Now we were taking turns with my rod as it suited her better. a man sat on the path opposite with 2 dogs, i begged in my head that his dogs didn't jump in. I cast into the waterfall and got an instant hit, i struck and felt the fish move, swimming upstream under the heavy current, bam, it was stuck solid. was i snagged? no, the force of the water on the fish was pushing it down on to the river bed, rather than pull the fish up through the current i pulled it sidewards and out downstream. it was another small trout but a fish all the same. releasing it in the back eddy we continued fishing but nothing else other than snags. we carried on upstream and found the fish rising, popping a dry on i cast to them, nothing, then a man shouting his dog, i look behind me and a black labrador has swam out to say hi, i did laugh a little, nothing else rose after that however so i told rebecca to come upstream as i pulled a bmx out of the water and we carried on around the bend. Rebecca continued to nymph down the sides, almost waist deep at this point, not caring her jeans were soaked through. while i followed the rising the trout on the left bank, some decent rises but with time against us with our daughter due back home soon, we decided to turn in. All in all a good day and the mrs enjoyed herself despite not catching, 2 big snags removed and put in a place were the council will remove them. (2 of a million but its a start) and some healthy fish despite their size. Will try to make it further upstream but this bend gives me alot of takes, so progress slows. 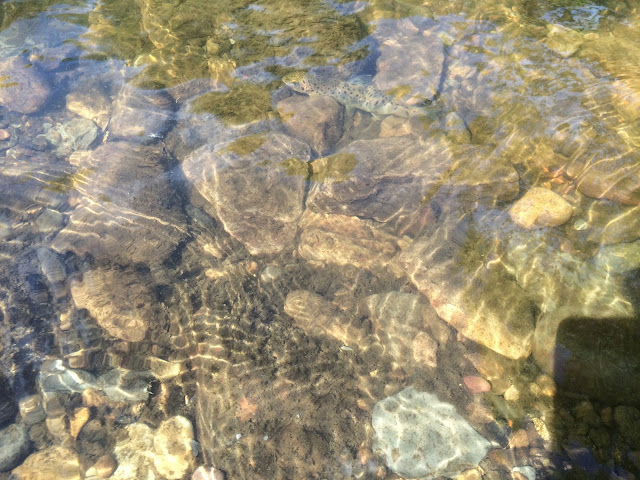 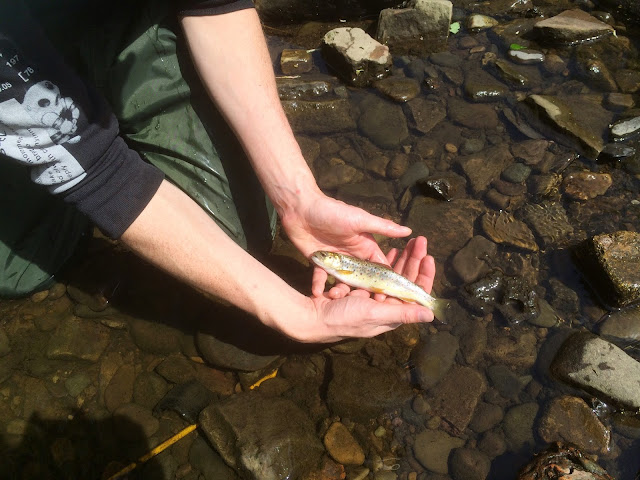 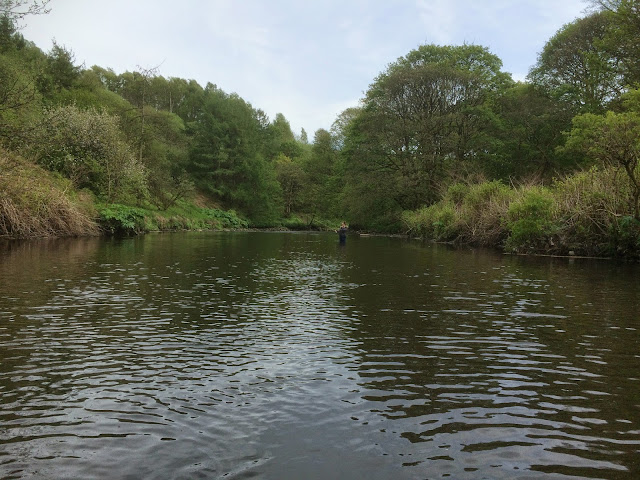 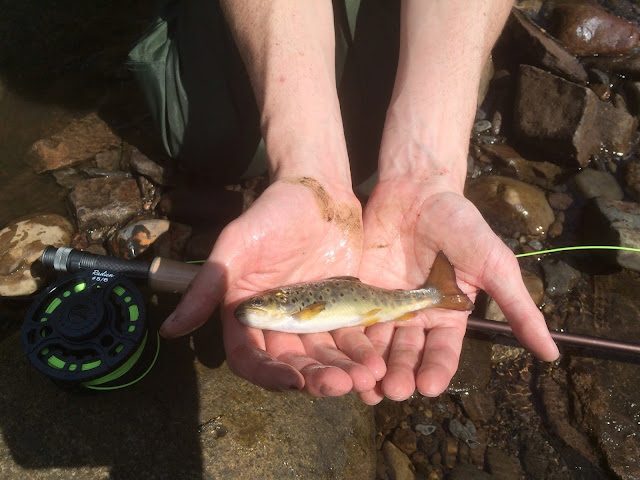