Another day fishing and was out for a early afternoon shift. Despite the sunny forecast it waa a constant drizzle. The river level was lower but no where near summer level and a slimy green weedy scum blanketed every rock on the river bed. Dangerous going i found out losing my footing and falling to my knee. Ripping my waders at the repaired hole. Grrr what a start! Fishing the spot i bagged 2 last time which takes some getting to nothing showed. Despite the nice large rocks acting for cover i found a solid rock bed underneath. Giving me the thought that not alot can live in that area invertebrate wise. Regardless i tried every rock with a duo nymph and didnt catch anything but avoided all the snags this time!

Making my way back up the steep banking i headed off to my usual holes. First cast and i was in! Only a small trout but a nice fish none the less. After a quick phone call with mike i worked my way up the riffles and cast towards a eddy at the back. 5th cast in that area bang! Huge hit and it was off! I seen a flash of colour and could see it was a nice trout but it was off downstream! No jumping from this one! Head down and foot to the floor this fish was using the water to get as far downstream as possible. I let it have 10 feet on dragged line. Wading down with it till it was over the last major riffle. Rod high up avoiding the over hanging trees i started to fight the trout back. After gaining around 5 feet the swell of the current caught the fish and it took off again. Giving it some line while i waded to a suitable landing area i pulled the fish in. Visibly tired as it gliding across the top of the riffles and into the net. Was a very nice fish and the fight had tired him out enough to get some nice pics. Releasing him back and picking my rod up i realised my line had snapped during landing so i was very fortunate enough to land it first time. 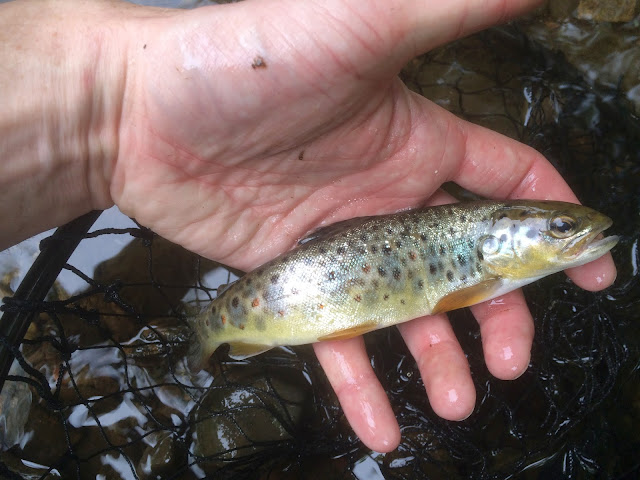 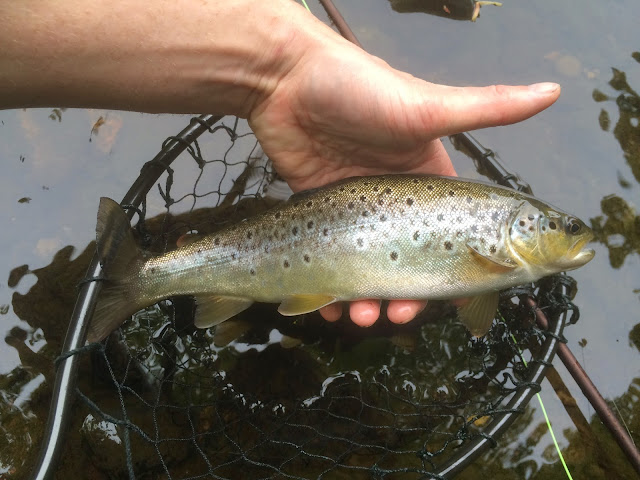 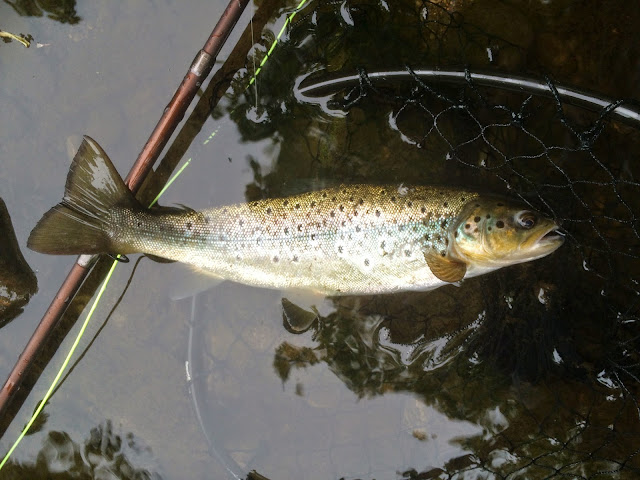 Moving upstream i hit another small trout but shook the hook. It was strangely quiet. Checking my hook every cast,  as weed was on the hook every now and again but often enough to be a problem. Due to the lack of takes i reach new sections of the river i had fished. A tiny trout took the fly just under a over hanging tree but again nothing. Reaching the end of my path i fished an awesome looking spot, surely there had to be a few here? Just one take and one fish. Water was deeper here so had to lean on the bank to safely get my phone out. Working the pools and riffles i hit nothing else. 4 out of 5 is good but expected more from the water i fished. Though the nice sized trout more than made up for it. 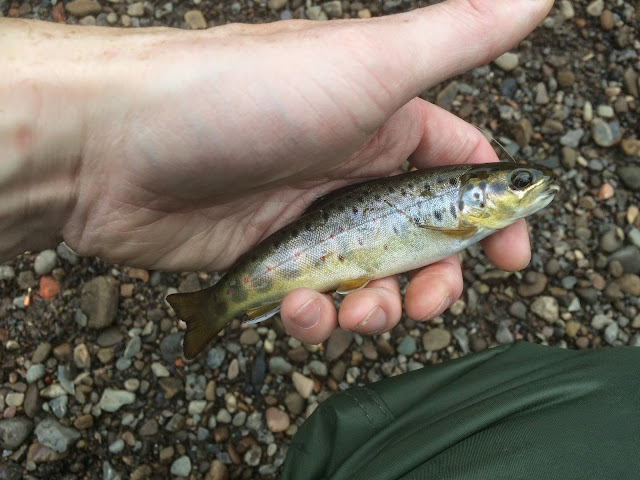 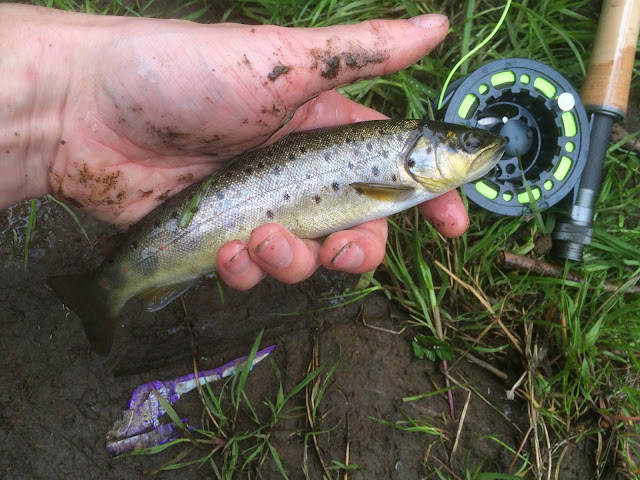