So last week the weather said it would rain for the next 2 week. Hmmmm well it hasn't been really has it? Suited and booted i headed off to my usual hole and worked my way up. Nothing. Very strange, i usually get at least a take, but no. Seeing the amount of people around, however, made me think the water had been disturbed. So moving across a rocky pool, hugging a bank of hogweed i dropped my fly into a deepish pool with a undercut, the line moved suspiciously and i struck, a take! Within seconds the trout was in and i was pleased to see there was fish in this spot i usually ignored as it was my crossing point. After running the fly down the undercut a few times and deciding there was nothing else there i moved on. 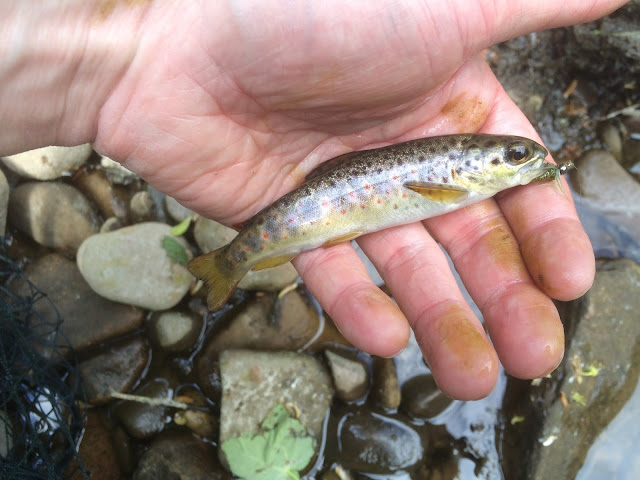 Heading upstream about half a mile i found nothing taking, then after a single take and loss after the fish jumped and then several snags and wading in i eventually lost my fly onto some thin metal wiring that is spread all around the area and i need to really remove at some point (it is attached somewhere)

Popping a dry on i walked upstream looking for rising fish that are usually here. I seen 1 rise but hugging the bank, i eventually snagged the bank and waded up to retrieve. Strangely in this part the bottom of the river is covered in what i can only describe as giant weed membrane. As i got to my fly my foot sunk in the ground. Strange. I looked down and a whole 2 metre radius around me was seeping bubbles like spawning carp. Fearing i was about to disappear in a sink hole i made my way back downstream and onto the bank. 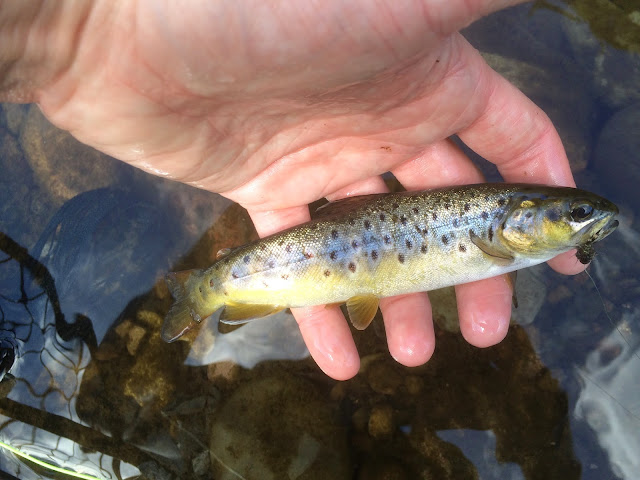 Heading back to where i was but on the bank i decided to pop on a wet again and try at the riffles. The water was shallower than i was last here but the huge eddy on far side looked promising. Eventually i hooked a tire and i went out to retrieve. Stepping lightly as the water got dark i couldn't feel the bottom, so dipping my rod in it came to the first eye above the reel on my 9ft rod. About 7-8 foot deep! I decided to snap off rather than drown and i headed back to where i started.

I knew the fish where here usually so i tried a different color nymph. Green this time instead of grey. I cast, straight away i was in, even if it was the smallest trout i had caught to date it was still a fish!  It was not far bigger than the larger trout fry i had spotted earlier when i was dry fly fishing. Now with time setting in, i decided to fish the river home which was downstream. Walking down i spotted a eddy next to a very heavy riffle area. i cast several times till i got the fly just inside the eddy but enough for the current to take the fly, bang i was in, it was a strong take and i was confident enough to video the fish coming towards the bank (cutting off to wet my hangs to handle the fish) it was my biggest of the day and taught me a couple of lessons. unfortunatly kneeling down while taking the picture i knelt on glass and put a hole in my waders so i waded and walked home with half a tonne leg of water. It was worth it though! A great day and some great fishing in the end, as despite only have 4 takes, i landed 3 of them. 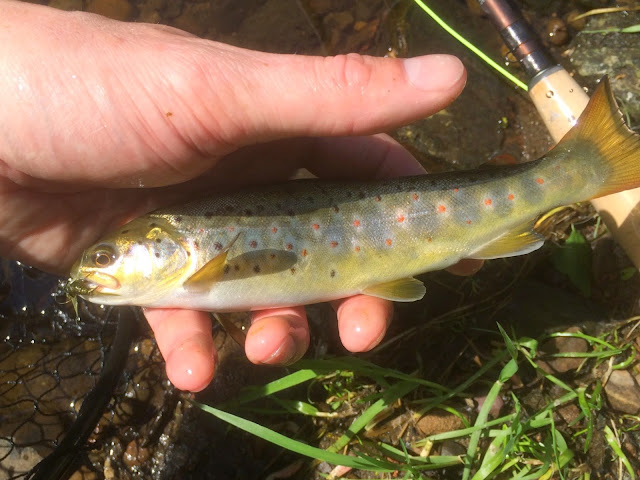 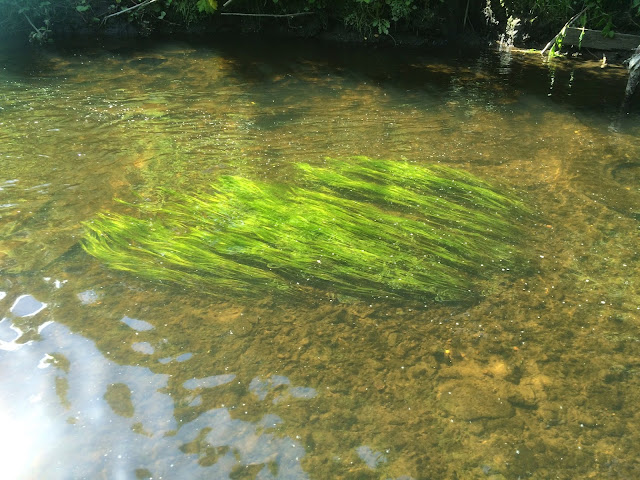