Organised a trip with Mark to fish a section of the Irwell he had only fished with conventional methods.  He'd had some good fish from there before so decided to give it ago. On arrival had a good look around, it was muggy but cloudy and the water looked fishey. Very slow but fish were rising so it showed they were here.  We walked up to a weir and fished the pool. It was very deep and i am still unsure how to fish weir pools on the fly, trying a klink and dink method with new flies didn't work as the klinkhammer sunk slowly with the weight. We worked down a short riffle which had some deep cuts perfect for fish, except for the big dead tree lying in the middle of one. Still nothing.

Wading down we reached the deep slow water we previously spotted and had to wade across. I hate wading new water as i am unsure of whats below especially when it's up to my waist. Not being able to swim plays on your mind.  Safely across we fished the far side where there were a few rises. Alot of small rises with the odd big rise showed a mixture of fish. I got a couple of sniffs and one decent take but it didn't take the hook but i did notice it was a very silver fish.

We pressed onwards and seen some very nice pegs but the water was so slow here the wind was blowing everything back upstream. So we headed down towards the bridge where we became Lara Croft, shimmying around a wall above a very slippy weir ledge and over a very deep drop off. Again it was good water but the 'food lane' was too far to present a fly as it crossed to many currents.

Heading downstream we came to more shallow riffles with nice cuts and a couple of fish rising in the deep tail water. our casting was on form but even when they started rising like hell they wouldn't take it. Heading back up we seen a big rise under the bridge so i fished towards it, a few rises around the pool and still nothing. Only a mink slipping out of the water and hoping along a small shelf under the bridge made me see why they weren't taking at the bridge. We headed back to where the fish were taking before for 20 minutes and i eventually hit into 3 chublets.  My first chub on the species count but we had expected bigger things.  Perfect water for trotting or a waggler but not so much for fly fishing. Regardless the banter and the adventure was worth the hassle as we look onto a little adventure next week. 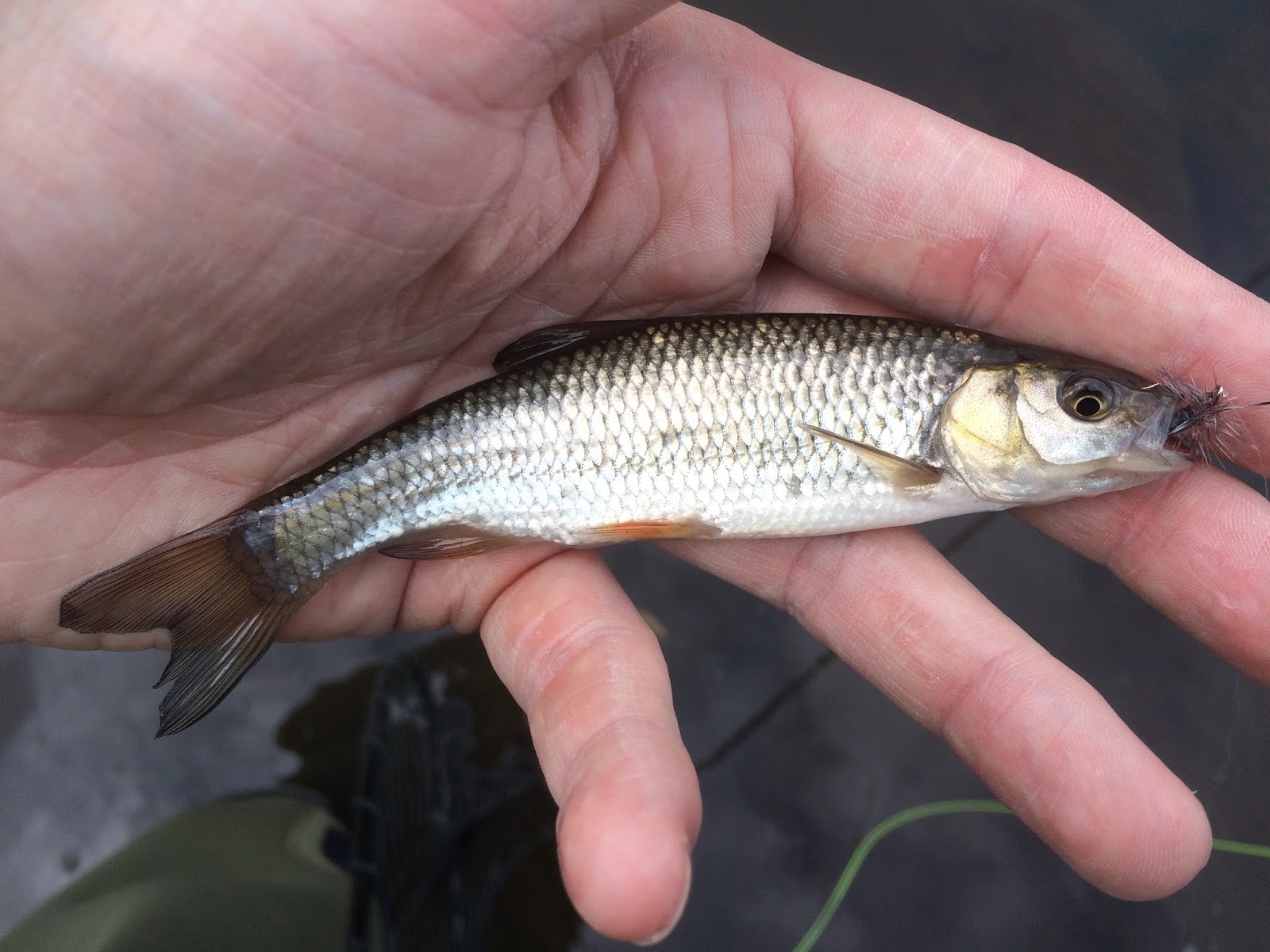 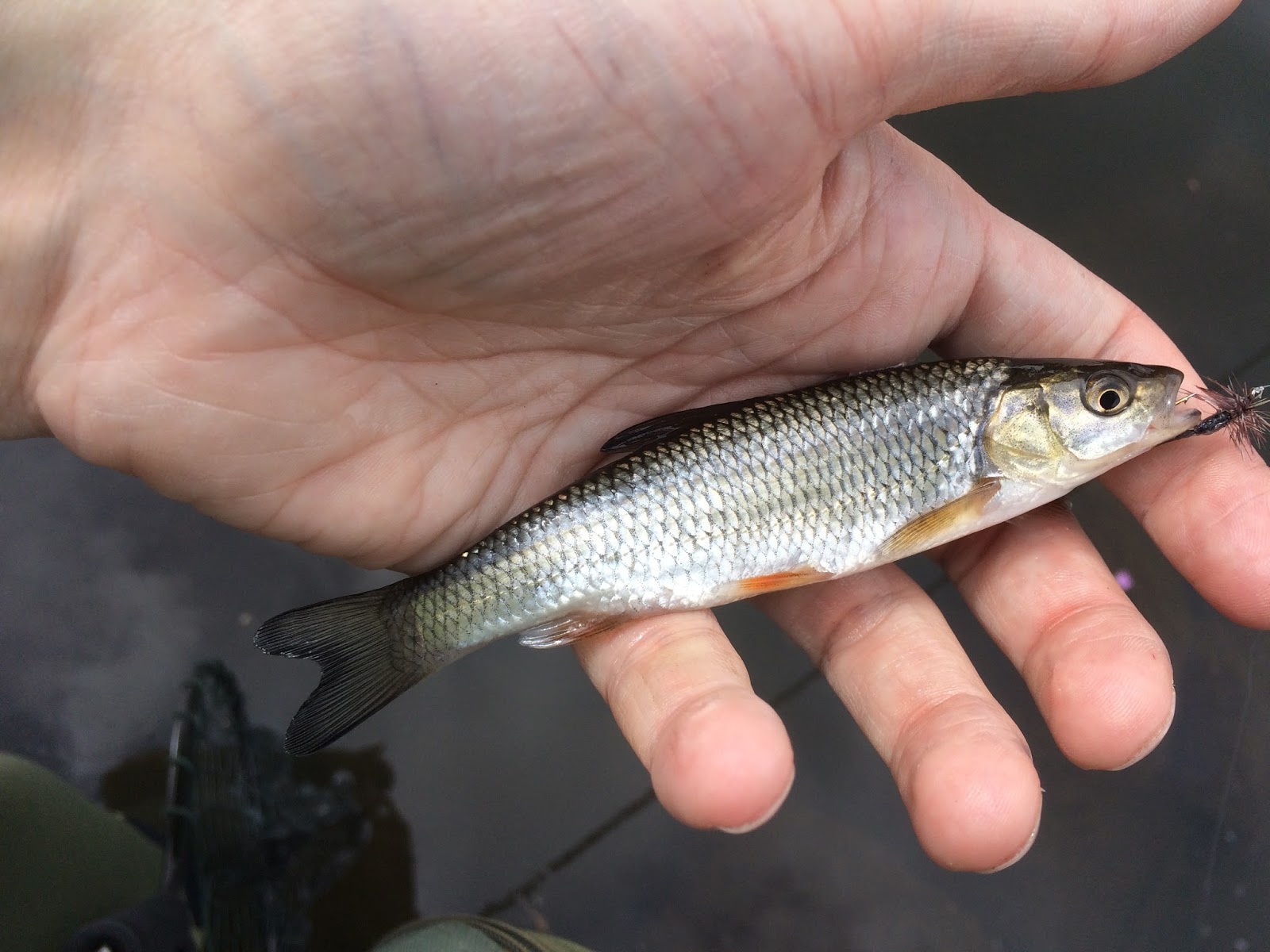 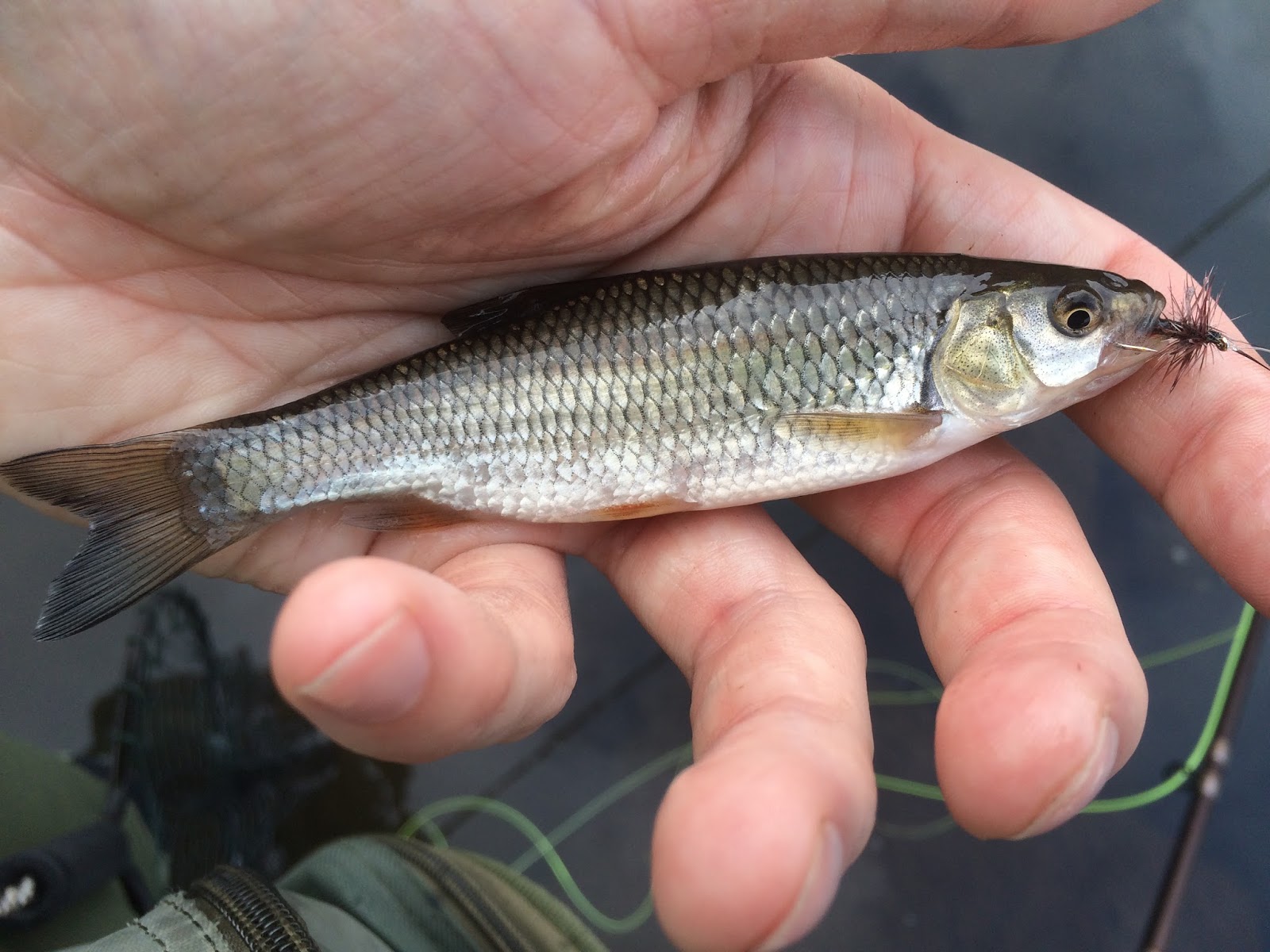