With a couple of hours to spare and the sun beating down i headed off to the river. Starting off in my new starting run, the deep slow section i tried a new klinkhammer, a white body with orange back, and the good old BWO flymph. I also had my new line that i got from the USA 'Drift' for the price it had very small diameter so was willing to give it a run.  I worked up the slow section and quickly worked the riffles, they were very shallow and fast but i seen a trout jump from behind a rock to chase the nymph but gave up. It didn't try again unfortunatly. As the way down is the only way back i fish my way back down stream, and yet again a got a hit and was into a trout. It fought well for it's size, plenty of energy and didn't want to come up. after a short fight it was in the net and back safely in the water. 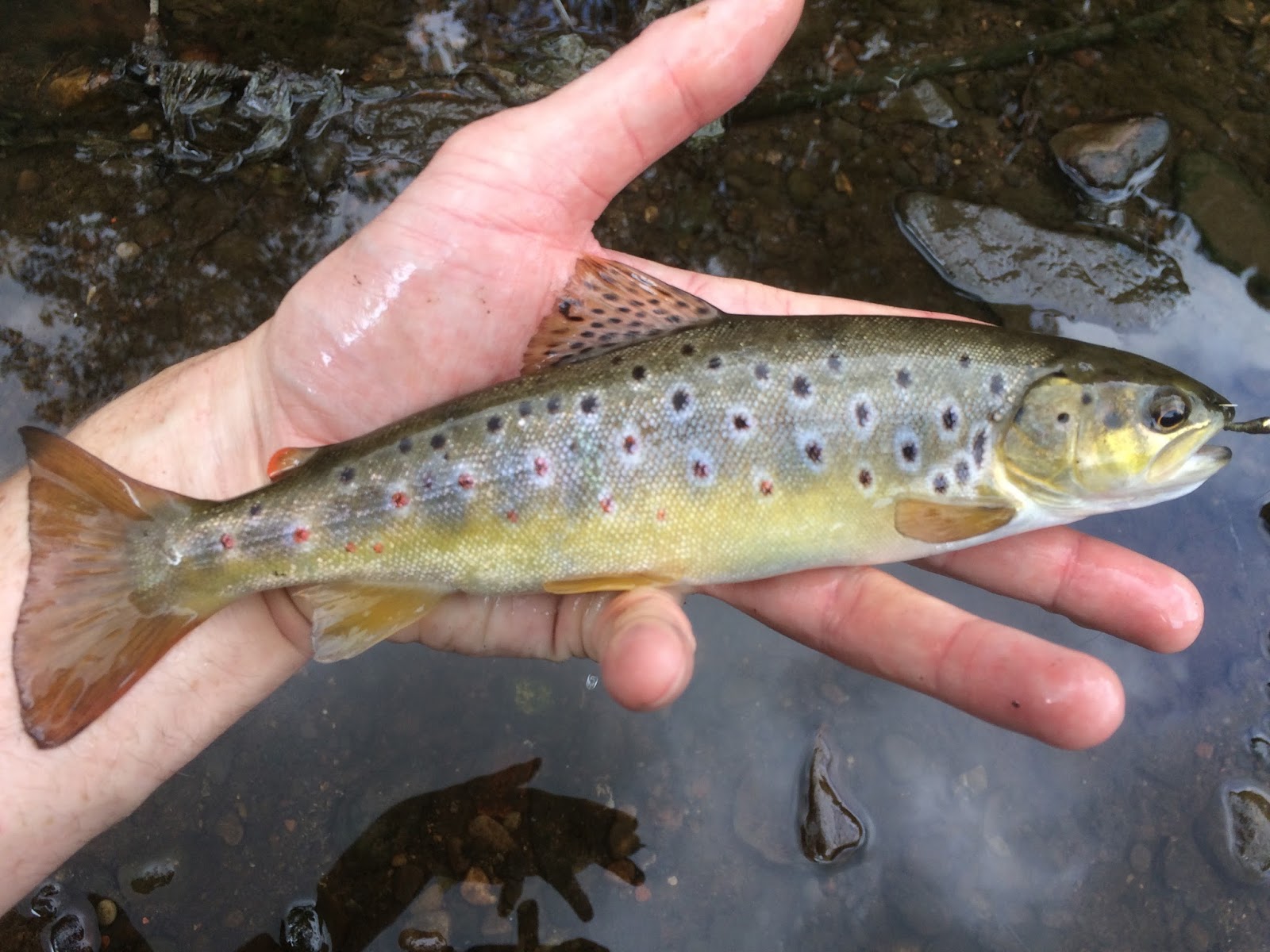 That was all there so i headed off to my usual run and noticed alot of people around. it was school holidays and a hot day, people were rife around the river in these conditions like hogweed. How they find paths through the woods i have no idea. I had cast in to a riffle when i struck into a fish, just as 2 small kids came through the woods on the opposite side to see if i'd seen 3 people. A bit of a distraction as the fish was intent on flying, jumping at me twice i had no time for the net to reduce it's chance of injury and managed to keep it from smacking on the rocks. 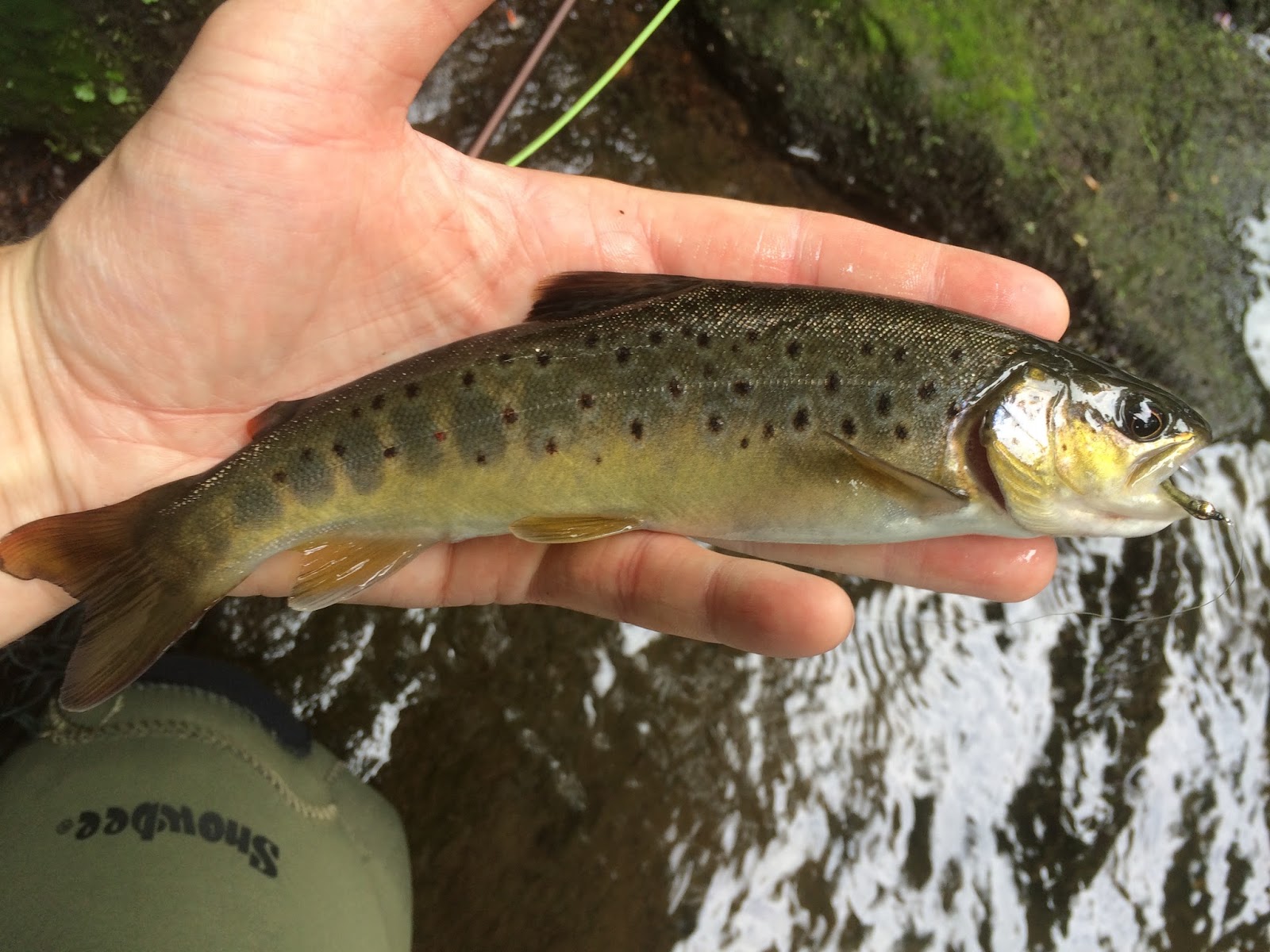 I reached the end of my stretch and it was quieter here surprisingly, and in the top shallows i was into a 3rd trout. Another jumper! Something about them today made them all want to jump. And that held true as i looked downstream to see plenty of rises. 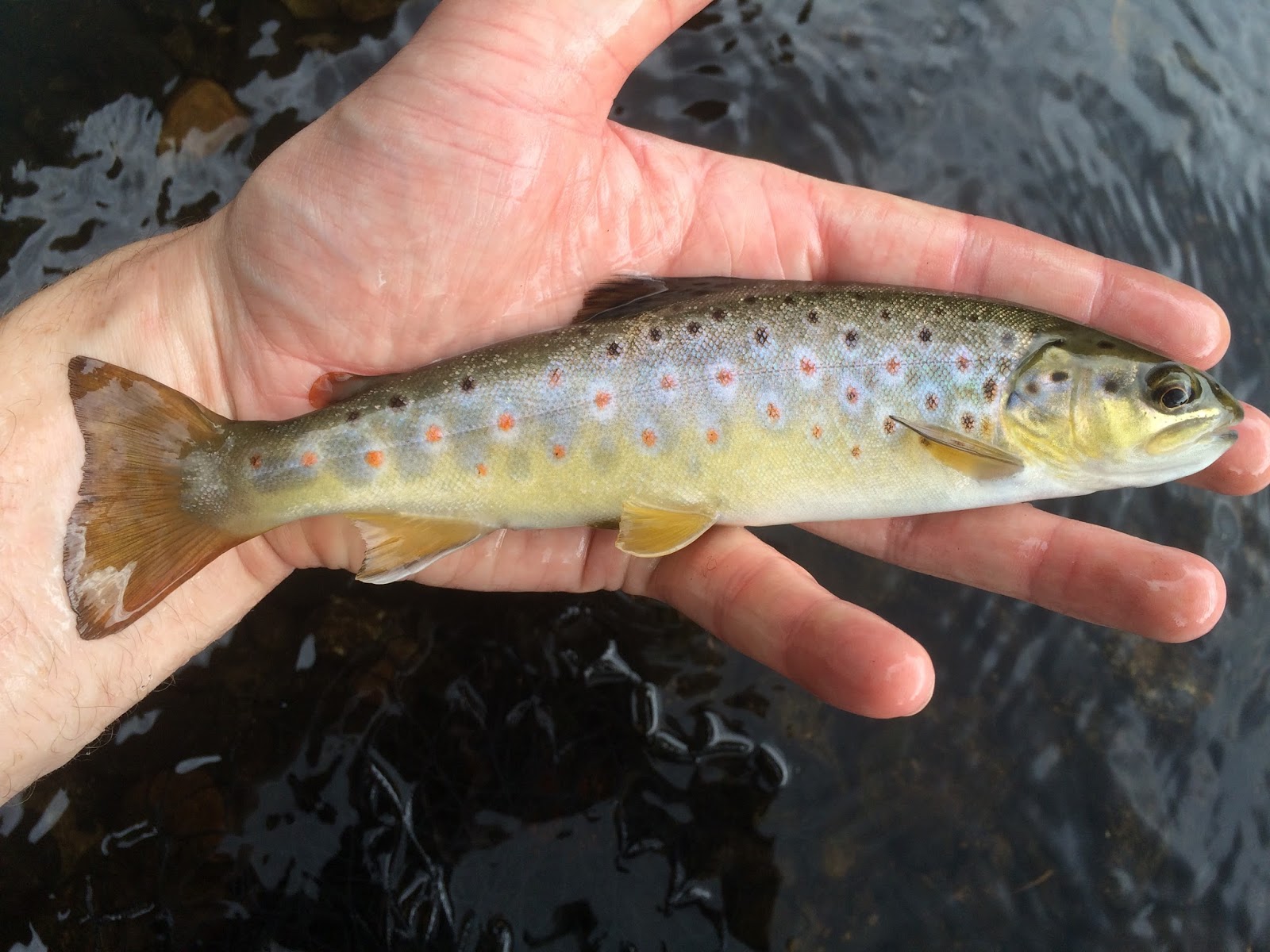 With a nice long stretch downstream with an almost clear behind i decided to practise my casting on the dry fly. i had had some pointers from Mike when we went for Grayling and he was happy with my casting on the canal but i had to put the presentation in too on a river.  Fishing downstream i had to create slack to avoid drag. I had only ever caught 5 on the dry prior to today and was quite excited when i seen the fish rise and take my fly. i had done it right! A small trout but it was fooled none the less. 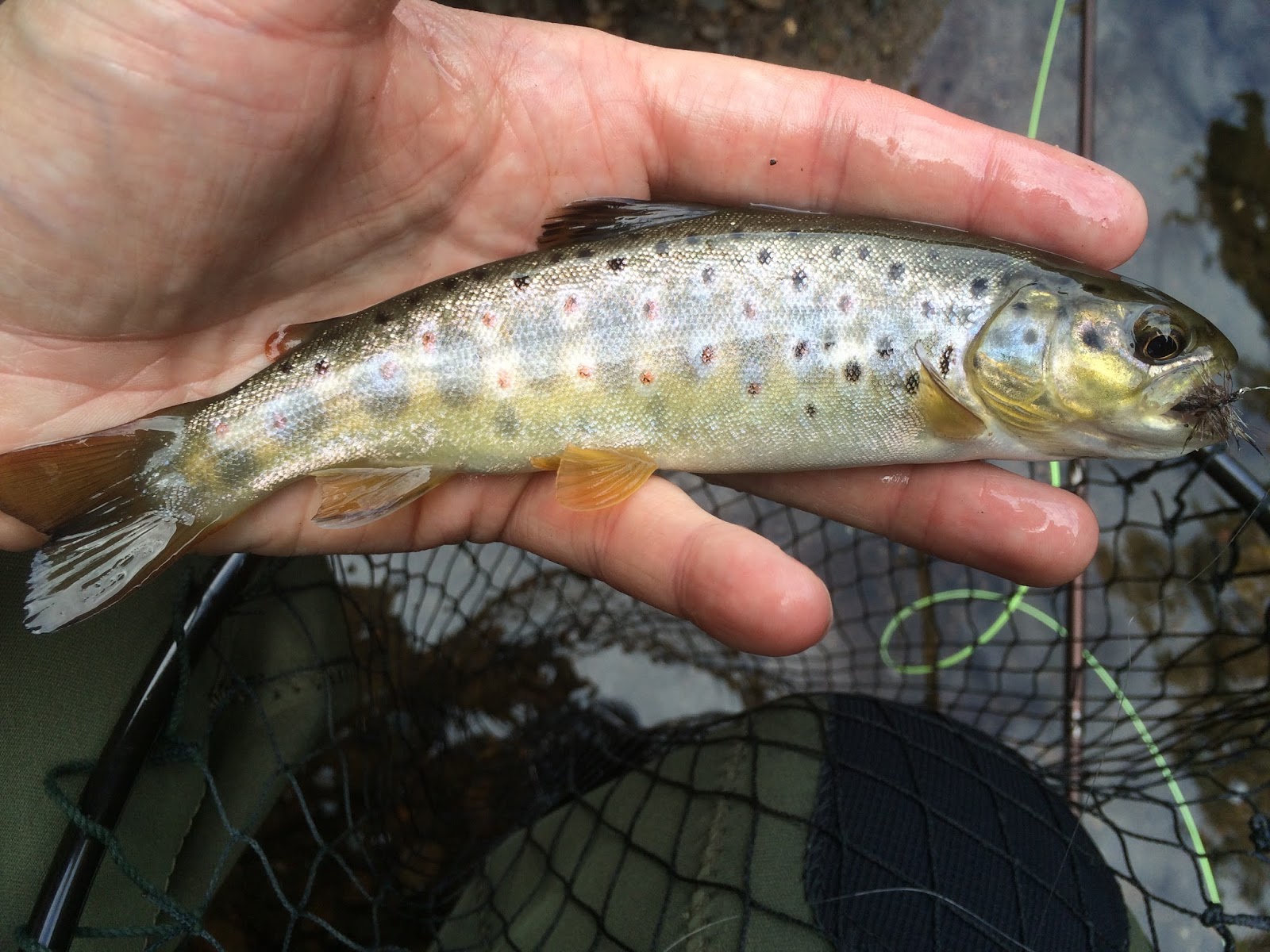 Now i had to keep consistancy and not long after i was in again! Magical! I love fly fishing due to the different methods and tricks that you can use. With nymping being so successful for me and enjoyable, some of the hits you get are unreal i was still lacking in my dry fly ability. Seeing the fish rise to take the fly off the top was confirmation i was doing it right! Another small trout but i didn't mind. I had tried several dries before today and this was the first to be consistant. 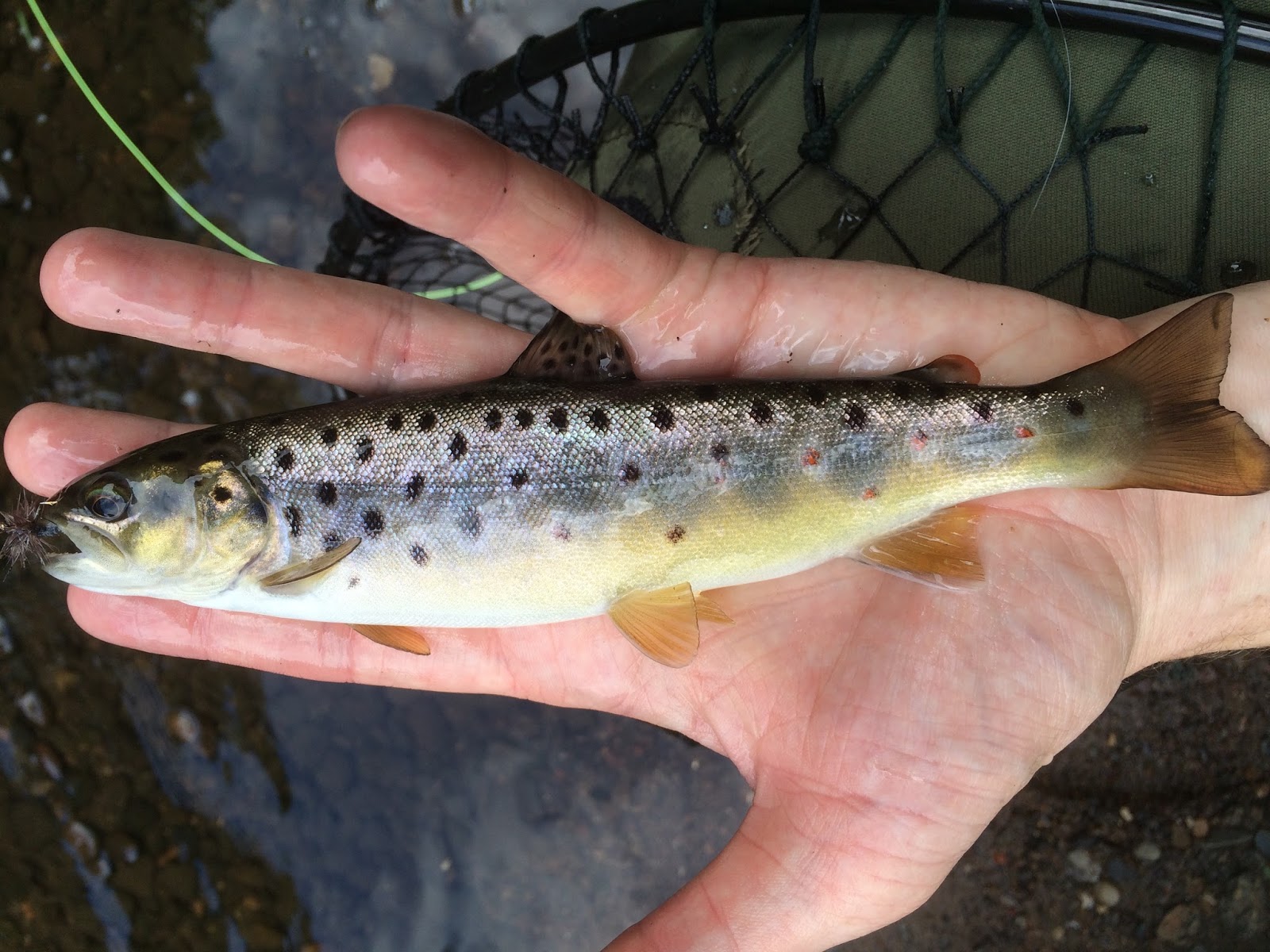 Now having had 2 i decided i had to try to present a fly upstream. So i waded downstream and turned to cast upstream. After seeing a rise after 5-10 mins after the fish had settled from me wading past i cast to it, and it popped up and took it, again a small trout but it had helped me in my confidence with my presentation! 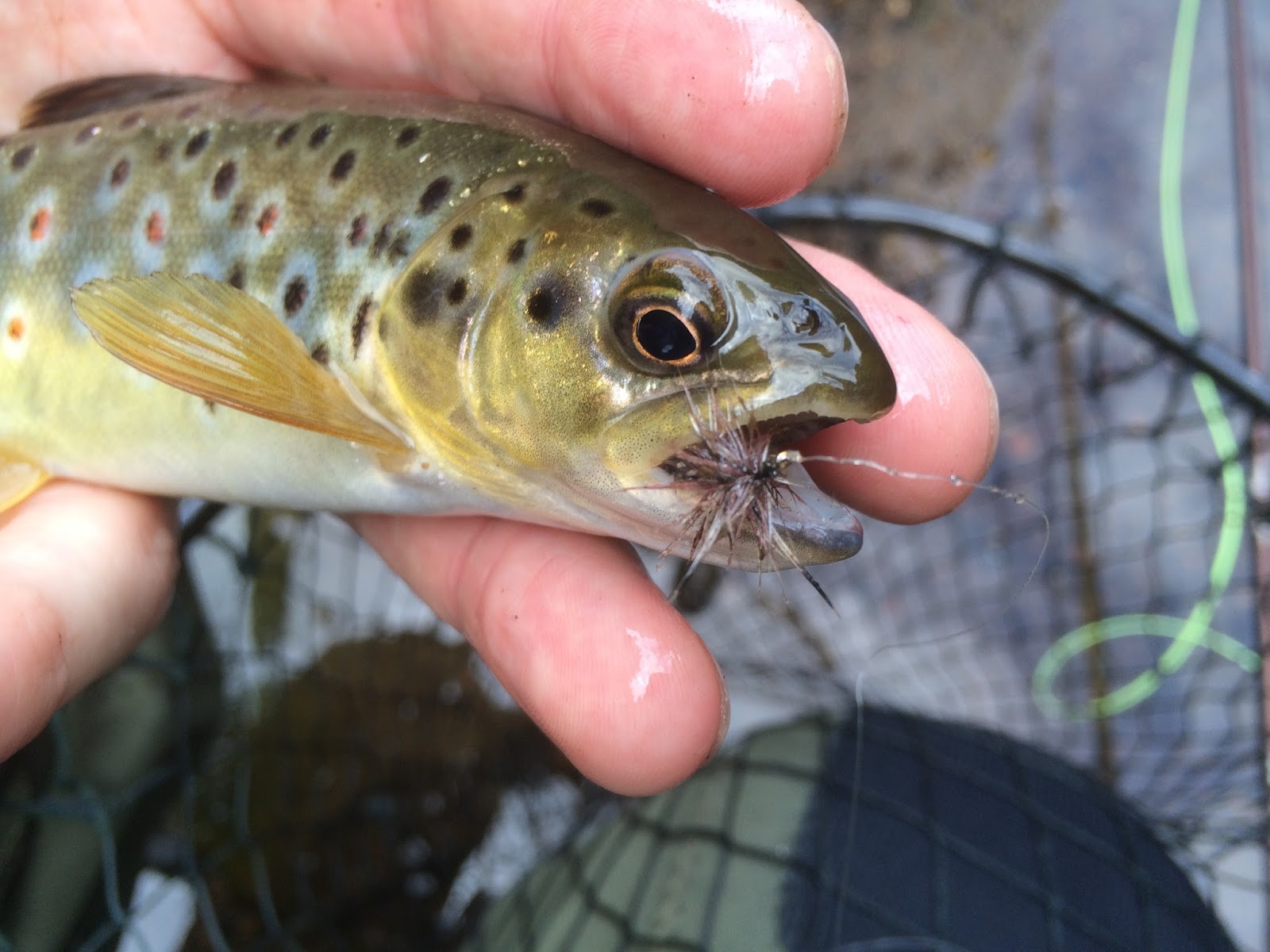 3 children asked could they watch despite their mother telling them to not mither me, i said yeah why not and 5 minutes later one through a rock into my swim. I questioned him, 'i'm not going to catch a fish now am i?' Reeling my line in i set off home.

Cutting through the woods i ran into a few fish rising, and was spoilt for choice in where i cast. I chose the closest rise and it soon took it! It was marginally the biggest of the day and a nice way to end the day.

Was crazy to think i almost doubled my dry fly tally from 5 to 9 today. With confidence now in my dry fly i won't be put off as easily when the nymph is a bit quiet and with 2 methods in my arsenal i can cover more fish! 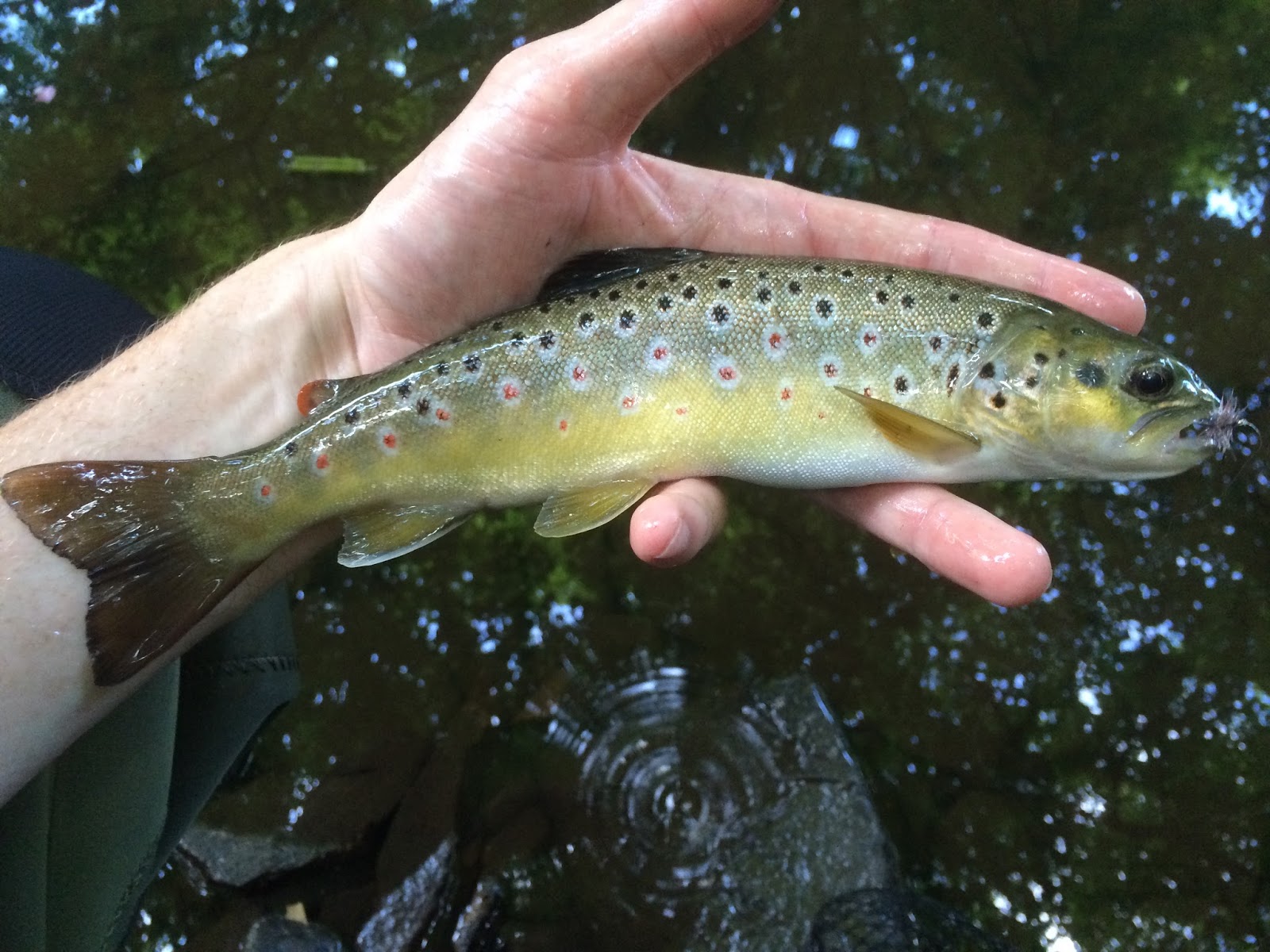 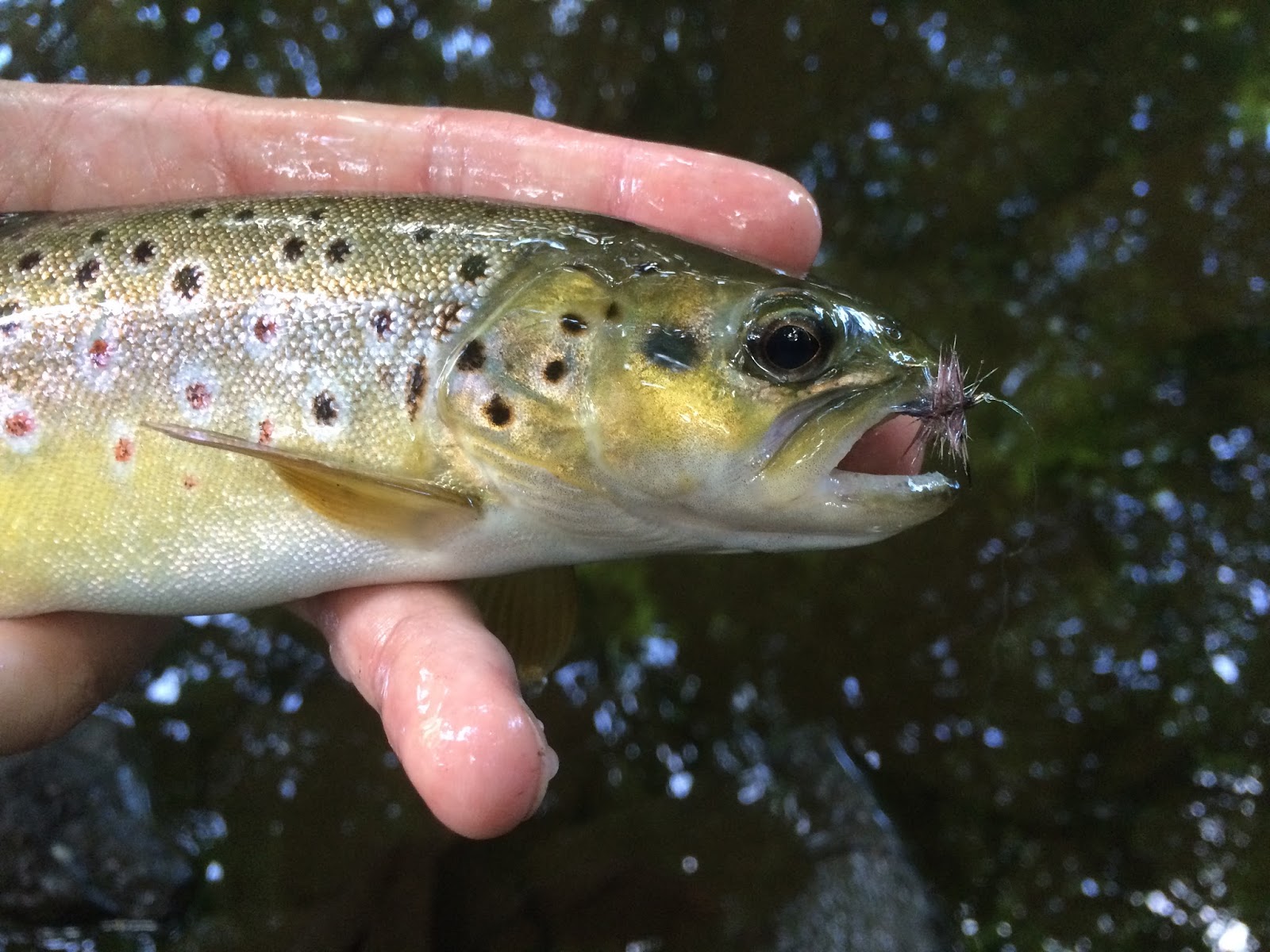