Had sorted a pike and perch fly session on the canal with Mike mainly for a laugh. Whether we caught or not we didn't mind but we'd give it a go as it is very much possible. I arrive late to find Mike has already bagged a pike so we now had the intention of catching a big perch. It was warm but cloudy. Not comfy fishing but better than bright sunshine.

Starting off with a false bread fly acting as an indicator and 2 feet below i put on a white nymph which other than imitating the caddis on the river looked a fairly good maggot. But after 10-20 minutes without a nibble i switched to a bloodworm fly. basically a red nymph with a bit of pipe cleaner either side.  I felt a few nibbles but they were probably small perch and after 5 minutes or so i eventually got a good enough take and struck. A nice small perch but i wanted bigger.

With a few nibble inbetween it was 10 minutes before my next decent take in which i struck and got a nice perch. There was some activity around, pike or carp knocking about but after a few more nibbles it went quiet for 10 minutes or so. Mike came back from the pike fly to target perch, had a quick chat and fished the opposite side of the weeds. 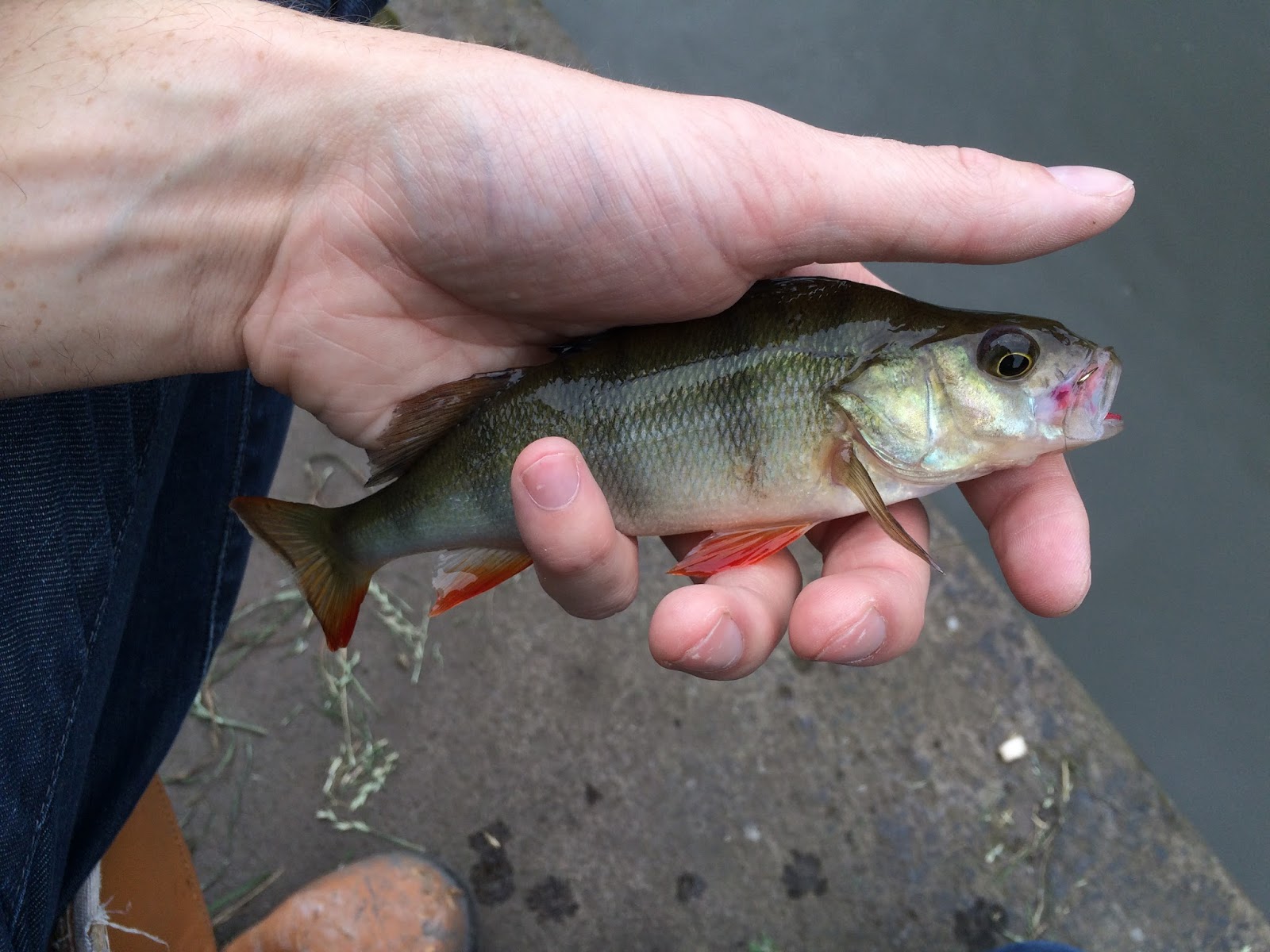 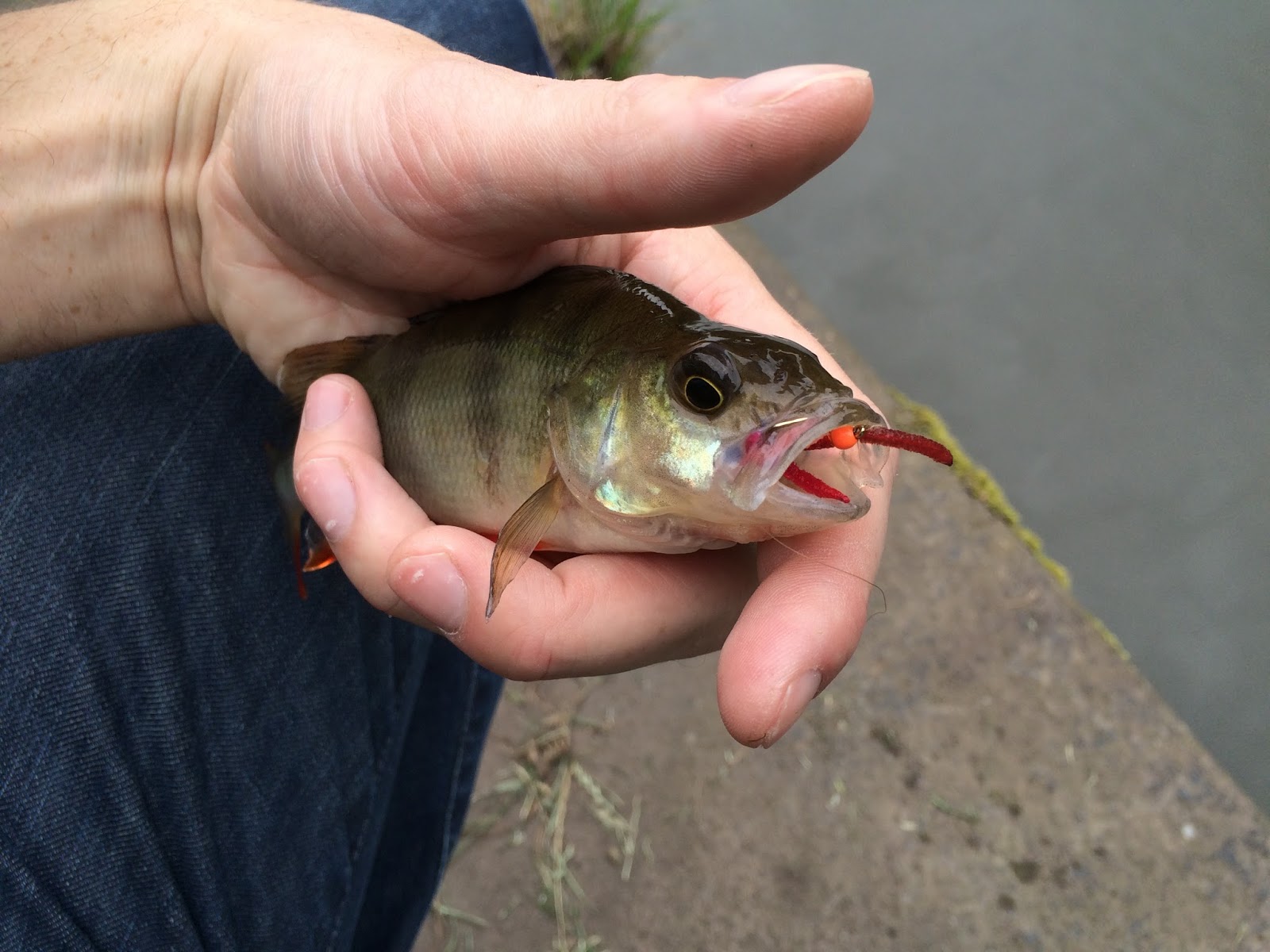 It went quiet which i pointed out to Mike until i saw my indicator wobbling slowly then it went under slow. I struck, it was heavy, it wasn't moving particularly fast but i had 2lb leader through to tippet on so couldn't pull it to hard. I seen a tail and knew it was probably a tench with its short broad shape. I fought it the best i could basically having it swimming round in a big circle, the rod held high above my head as it swam against the bank under my feet. I pulled it through some weeds and managed to get it flat on it's side. Mike readied the net were it tried one last pull but it was game over and in the net. A very nice tench and a personal best, i've only had 1 previously in my life that i'd landed.

But that wasn't it. 15 minutes later after resetting up. i was in to another tench. I fought this in the same way but the weed stuck to the indicator this time and i had a good amount of weed snagged up.  Mike readied the net but with the fish dead weight at the bottom we was unsure if it was still on and if it was in the large weed build up that occured. we gambled and netted the weed which caused the tench to rise up beside the net, with the indicator snagging in the net the sheer weight of the weed and the tench diving caused the 2lb tippet to snap. A shame but all good fun.

A very fun day for the short space of time we fished. with 3 species caught on the fly between me and Mike it was mission complete.  Probably the first Pike, Perch and Tench caught on the Fly on the MBB Canal. 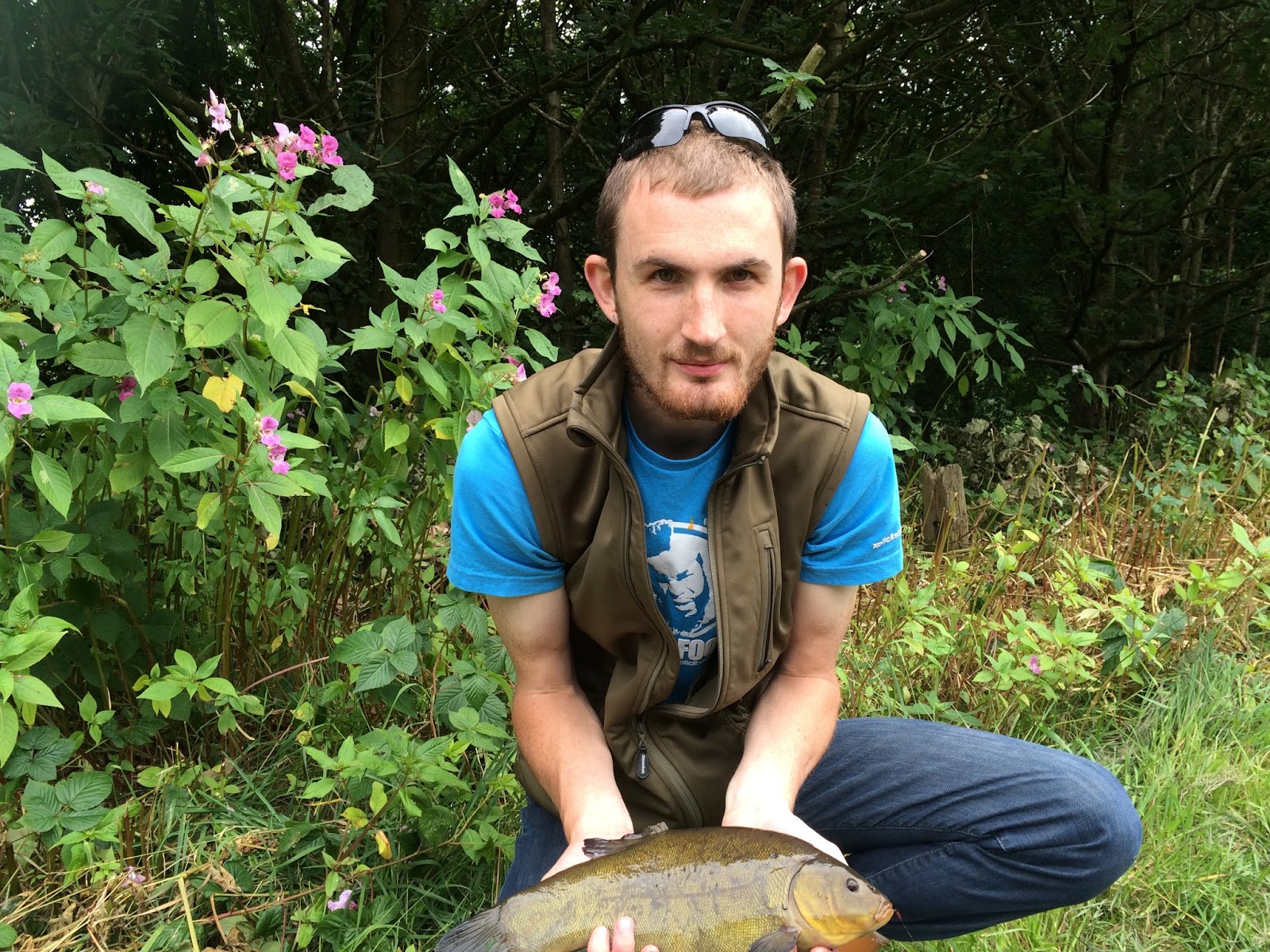 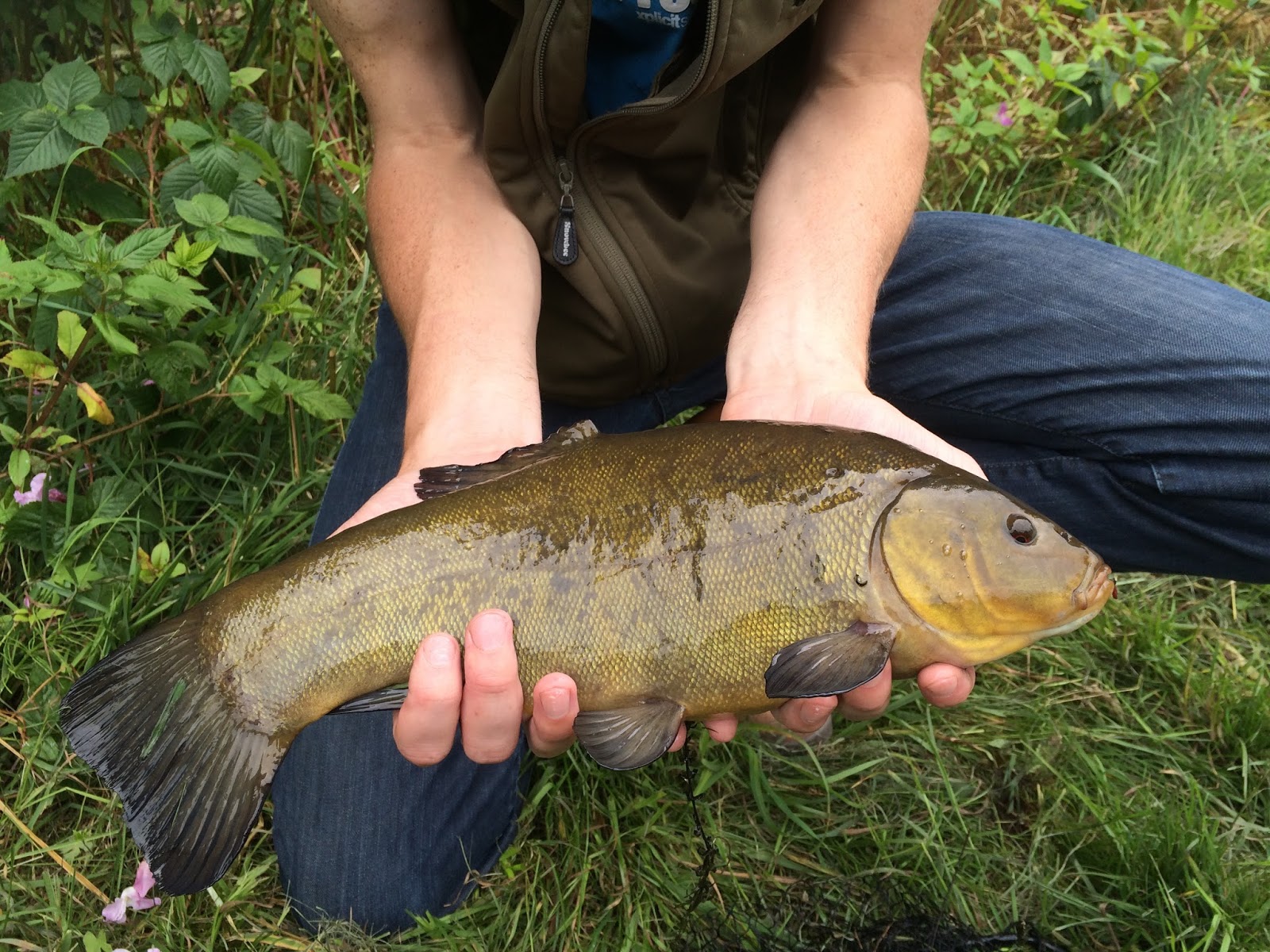 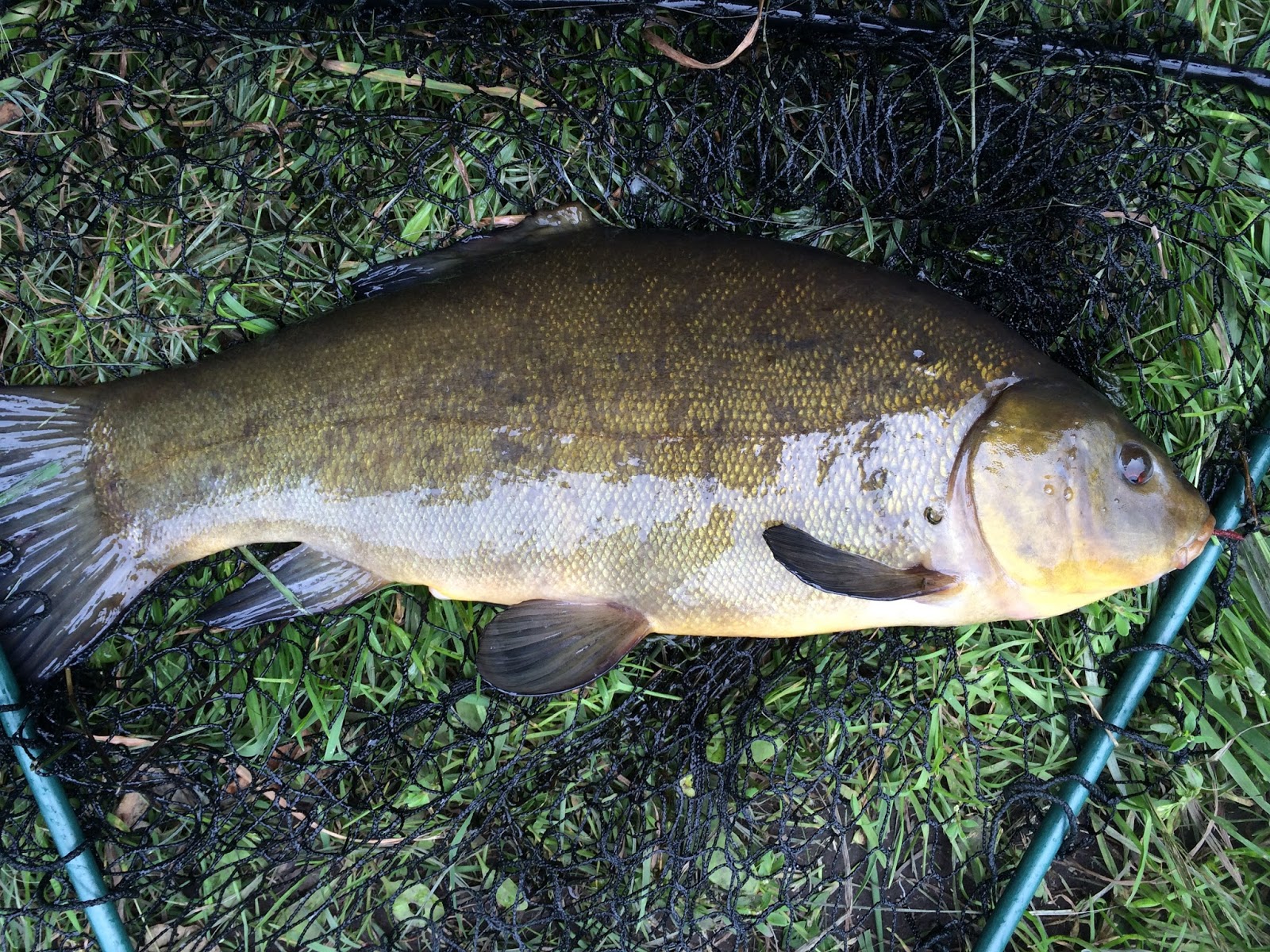 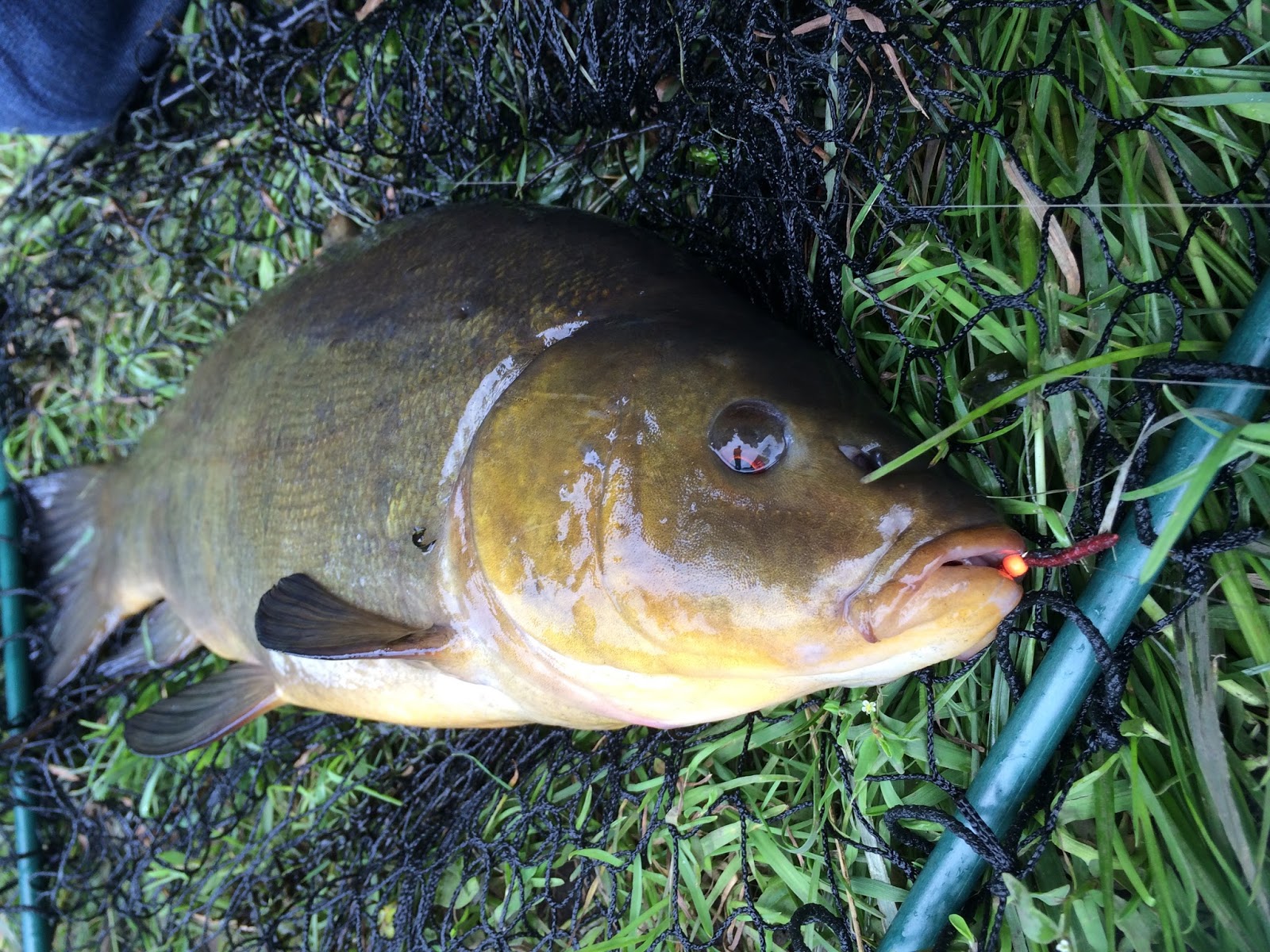