Fly Fishing - A day of 2 halves

It had been an interesting start to the season, with spring snow contrasting to hot spring days, the humid air bringing ideal conditions to our invasive species with hogweed growing rampant and knotweed springing from nothing to 3 feet in a fortnight. I had hoped the cold snap would shock the plants into dying but it seems our own native species are not as resilient to frost and snow.

Regardless i was making the most of the sun with my daughter, with more working days i find it harder to balance family life and fishing so a few trips have had my daughter entow. One such trip was next to the small brook i had fished previously and i took a quick trip down after some time on the park to show Emily the fish she wanted to see. She now shows how big a fish was when asked by holding her arms out.  A dozen casts and i had 2 fish, a trout and a chub which caused me to end the trip. I didn't want to walk further upstream as i had my daughter and didn't want to continue fishing a pool that had chub in so i made the decision to fish closer to home.

On route the weather took a turn and despite it being mildly warm my partner took my daughter home as it rained. It was a pleasant temperature even if my shirt was soaked through to the skin and upon reaching the river fish were rising nicely. The rises were more of a plop which you tend to see with smaller, less experienced fish, who break their cover and reveal themselves to predators.  The pool was at the bottom of several lanes flowing into the far side which made it hard to get a presented fly correct, plus the fact some 30 feet foam sheeting wrap was trailing across the swim that would allow a fly to float nicely into position.  After 10 minutes or so of frustrated drifts over sloppy rises it all went quiet and i removed the rubbish so it would not ruin my chances next time.

I walked the whole river for an hour or so looking for a rise, but nothing, slightly disheartened i went back to the start of the swim and bung a PTN style flexifloss nymph on. First cast, first fish. A tiny trout but a trout all the same and more reassurance that my own flies do work. It was much the case up the rest of the river, hitting into just over half a dozen trout and only losing one which to be fair deserved to shake the hook. A leap of a good four or five feet by a small trout certainly impressed me and i only was dismayed as i wanted to give him a high five for effort.

One trout was suicidal that i hooked into at the top of a weir, trying to force itself off the edge into the raging waters which meant the fight lasted longer than it should, either way it avoided the rougher waters and was safely released in one piece. 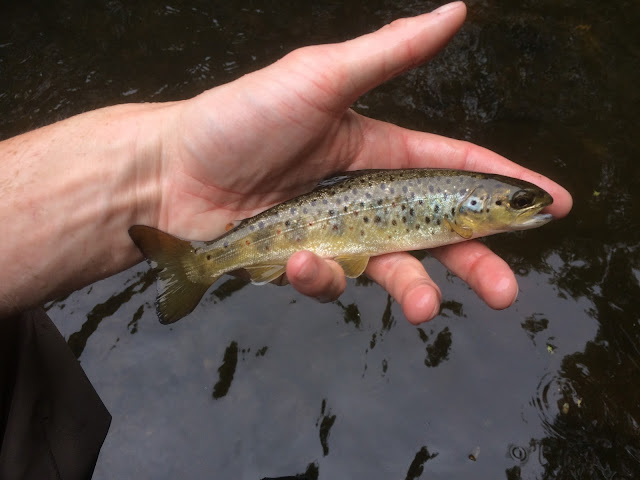 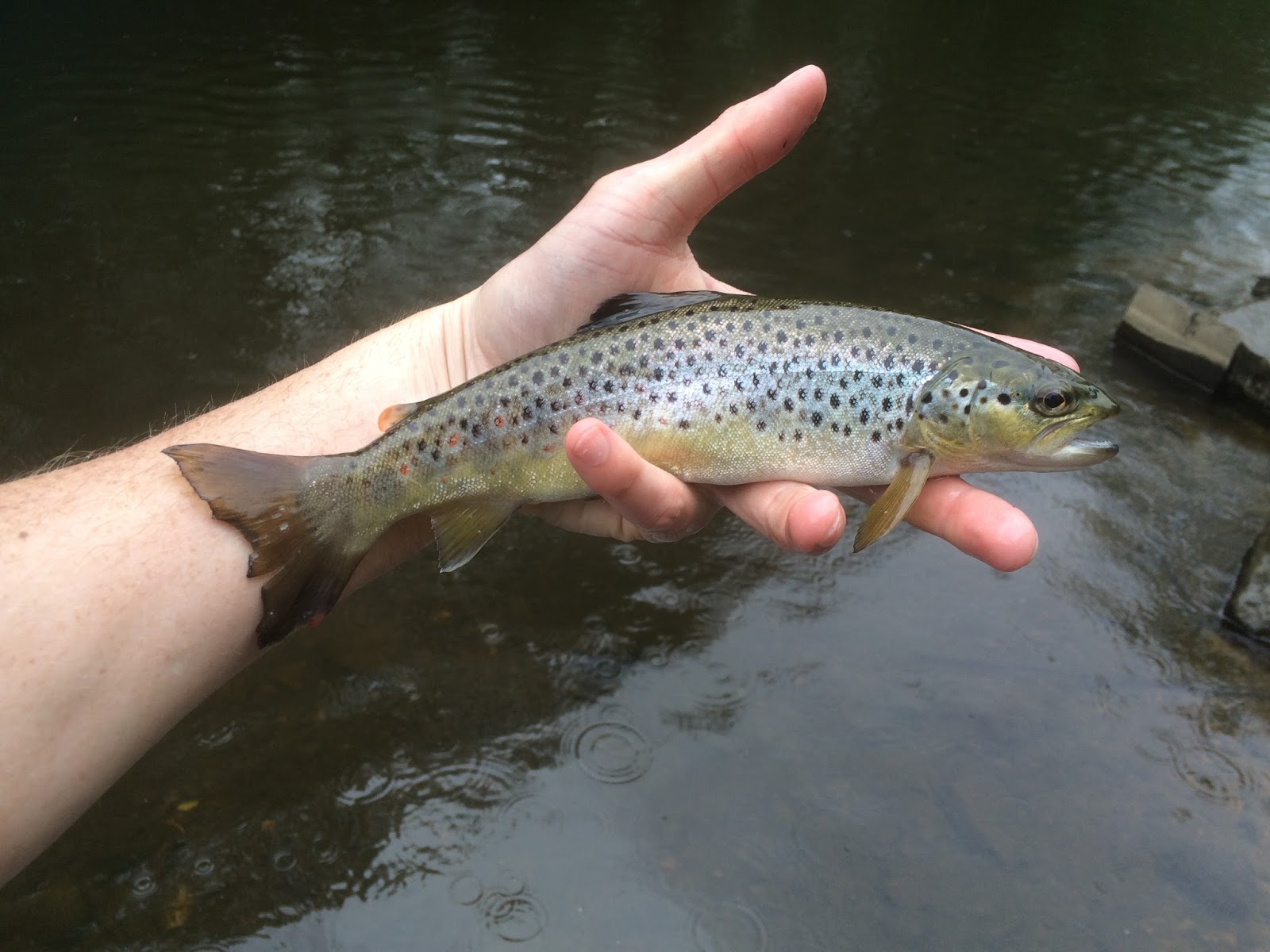 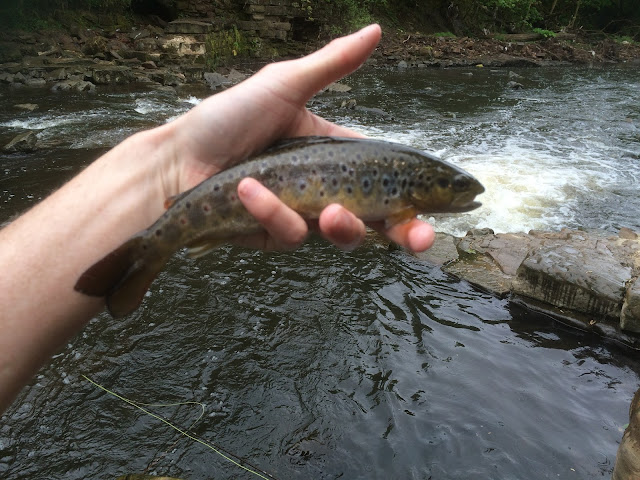