It was a muggy miserable day, a good day for fishing on the river, with the temperature warm enough to encourage a hatch but horrible enough to keep the water ways quieter.  I set off on my long walk at 12.30, doubling back home as i left my reel on my wychwood rod which was out of action and was carrying a 2 piece redington which a work colleague had given me from his father in law.  Wychwood have sent a replacement tip for free, good to see a company i hold in high regard for quality also have great customer support.

When i arrived at the river i geared up and watched and listened. Nothing, small green olives were abundant and tiny upwings were hatching off but nothing was rising.  So with the hope of some risers a set up a klink and dink again and got to work on a few pools.

I missed 3 and then eventually hooked into a 4th, it was a small trout which explained the misses, not getting their mouth round the hook enough to catch the hook, but it would be one of them days again. Last season i went through a patch of trout writhing around on the surface and pinging off the hook, this was the case. It wasn't till my 7th take did i land a trout and again it was small. Nothing wrong with small trout but i was hoping to hit into, or at least sight, a decent trout while i had the peace.

I swapped to a ginger polish quilled nymph sz 12 with a wider gape and continued, i landed a few small trout but had now seen them attack the klinkhammer too, unfortunatly they weren't catching the hook on that now!  The nice thing about klink and dink is if your fishing with a light enough nymph you can effectively dry fly to a rise. Allowing a quick response to a rise, this was the case in a few runs and eventually i got one on the dry. This trout had had some action prior with some of its mouth looking a damaged which was a shame, being the biggest of the day so far, not like it was massive anyway! 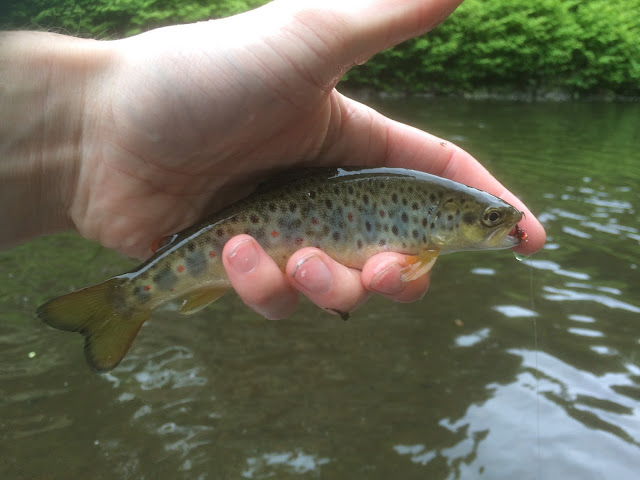 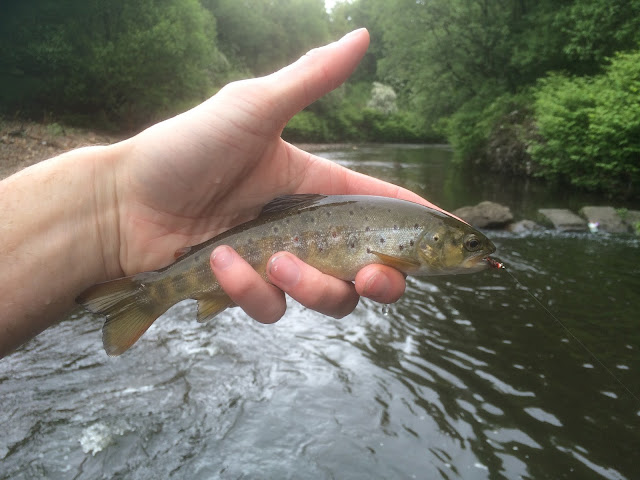 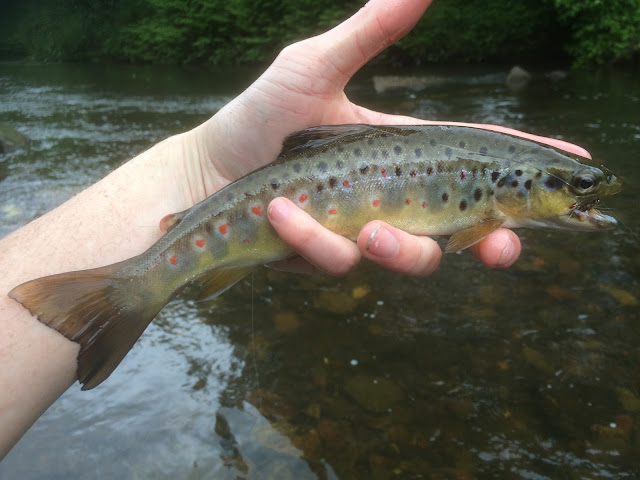 The day continued the same for the 3 or so hours i was there, a fish did rise and the klinkhammer was taken, again a tiny trout but was nice to end the day with another on the dry.  All in all it was a decent day, i had hoped for at least hitting into a decent fish, even a 1 1/2lb trout would have been great, but not today! 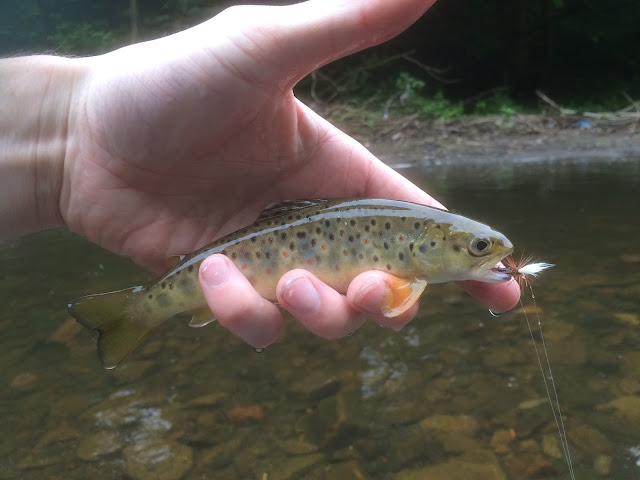