I had planned for a early morning session before my 2 weeks off work ended but after waking up at 6 i decided to go back to bed. Waking up at 9.15 i followed the usual routine and was off out at 10.30. Reaching the river at 11 i did some clearing to ensure safe passage for the entire season. I eventually got set up and was ready to fish around 11.45.

The river was still clear despite the rain the day before and made good fishing. However again, those fishy holes were not producing. I managed a small trout further upstream and eventually hit a slow long motionless glide were i saw a rise. Anticipating another i changed to a dry fly and got in position. As i did the wind started blowing harder as the clouds rolled in. The wind was bitterly cold and my left hand was starting to numb. The river resembled a choppy lake so i soon moved on after no let up in the weather. 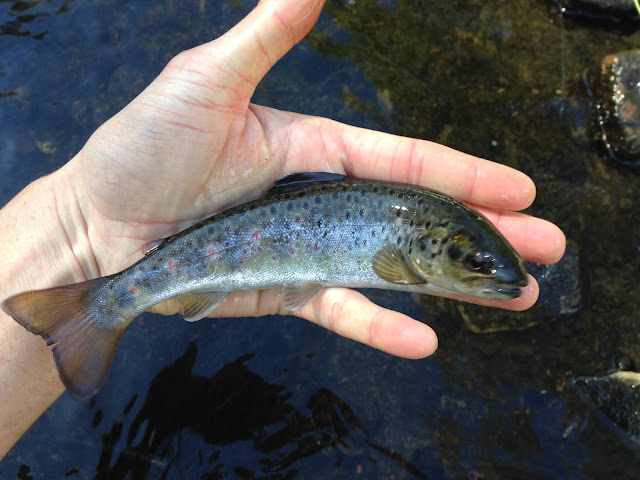 Switching back to a nymph the snow began to fall, it was fairly light with a mix of hail but only reassured me of how cold it was. I hit another 2 up here and lost one of them, again only small but a fish none the less. It was nearing 2 which was when the rises tend to start happening. However it was still windy cold and snowing. So i stuck to the nymph, i caught another 2 on my way up and the weather swung in my favor. The snowing stopped and the sun came from behind the clouds so i prepared for a quick hatch and set up with a dry. 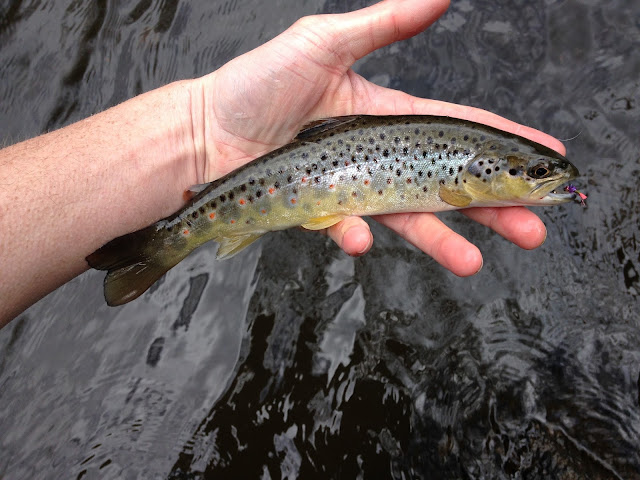 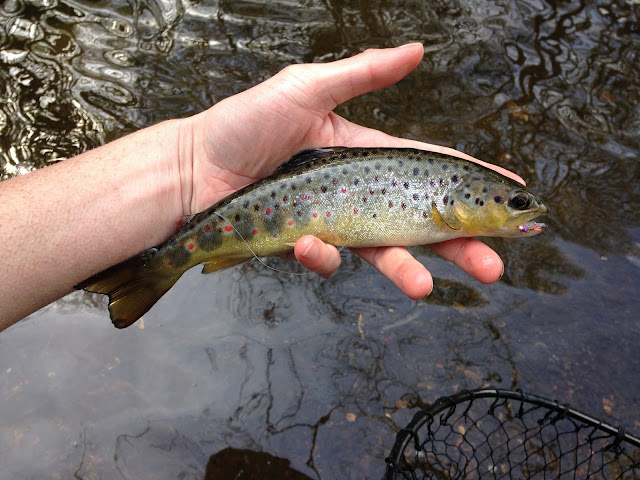 A small hatch did happen and as i sat and waited, nothing rose. I moved up and down to a few swims were i have seen rises before but not today. Within 10 minutes it was snowing and blustery again. Popping on a nymph i was caught a little off guard when i hit into my biggedt fish of the day, probably about a pound but it soon slipped the hook from the poor strike as i had been repositioning my feet on my first cast. 2 casts later and i was on a snag which wasn't very forgiving in the weather which had turned to sleet. The point fly came off and my hand was too cold to tie on another fly despite my efforts so i packed up and headed home.

Sods law was the weather subsided on the way home and steam rose off the road as the sun shone bright and warm. My only thoughts were that had i held out i'd be sat in the middle of a hatch right now. I need to invest in some form of glove, but then again it is almost summer!