This blog is from my last trip on the Irwell, a couple of week ago now, thanks to work. Another reason why this blog will be a little brief.

It hadn't rained yet and the rivers were super low so i had anticipated on fishing some hard to reach deeper waters, but upon my arrival there was already 2 anglers there. So i went upstream of them around 100 yards and set up my fly rod, they still hadnt moved by the time i started fishing so i cast into a pool under a bridge. I was soon into a fish and after a good fight for a fish of this size i noticed why. This fish was a fighter, a survivor. A large gaping wound near its rear had began to heal. This area was notorious for damage like this as i had caught many a fish with pierce holes or similar nasty wounds. Not only our these predatory birds eating more fish than the river can produce but the ones they cant catch they are giving them potentially life threatening wounds.

Now after catching this fish & releasing it i was soon set upon by the 2 'wannabe tweed' anglers who had insisted i had stolen their fish.  They soon buggered off after being given a harsh lesson in Irwell fishing tactics to the reason they had blanked thus far after fishing 6 hours prior apparantly. But wary of giving my watercraft secrets away i headed upstream, past the local mink who had amassed another pile of crayfish bodies. Cleaned the area up for him again so i can keep tallying his kills. This guy is very much a hero. So i continued upto a very bedrocky area about 30 minutes upstream, this bedrock was like ice but just beyond it i knew of some freshly collapsed banking which would provide a different environment in this typically barren area. I was fishing a current as it bounced round a bend and went round a boulder. I barely noticed the indicator go when i struck but when i did i immediately swore, knowing i hadn't fully commited in the strike i was worried it would soon come off.

It tried everything, at first it jumped and then it stuck down deep, the pool here was very deep but after a minute of so it tried to use the current against me and began swimming downstream. The water shallowed slightly but it headed towards the inside bend and into the cracks in the large boulders which left me scrambling on the slimy surfaces. After trying to get under and between the cracks in the boulders it tried one last attempt of getting into the faster water downstream of my but i wasnt so wary of applying the pressure to force it to turn and it was guided into the net.

It was a beautiful trout, its scales were pale and irredescant. Not the longish trout by any means but a very stocky deep trout which again reinforced the fact that the Irwell is, at the moment, recovering from its major pollution incident. 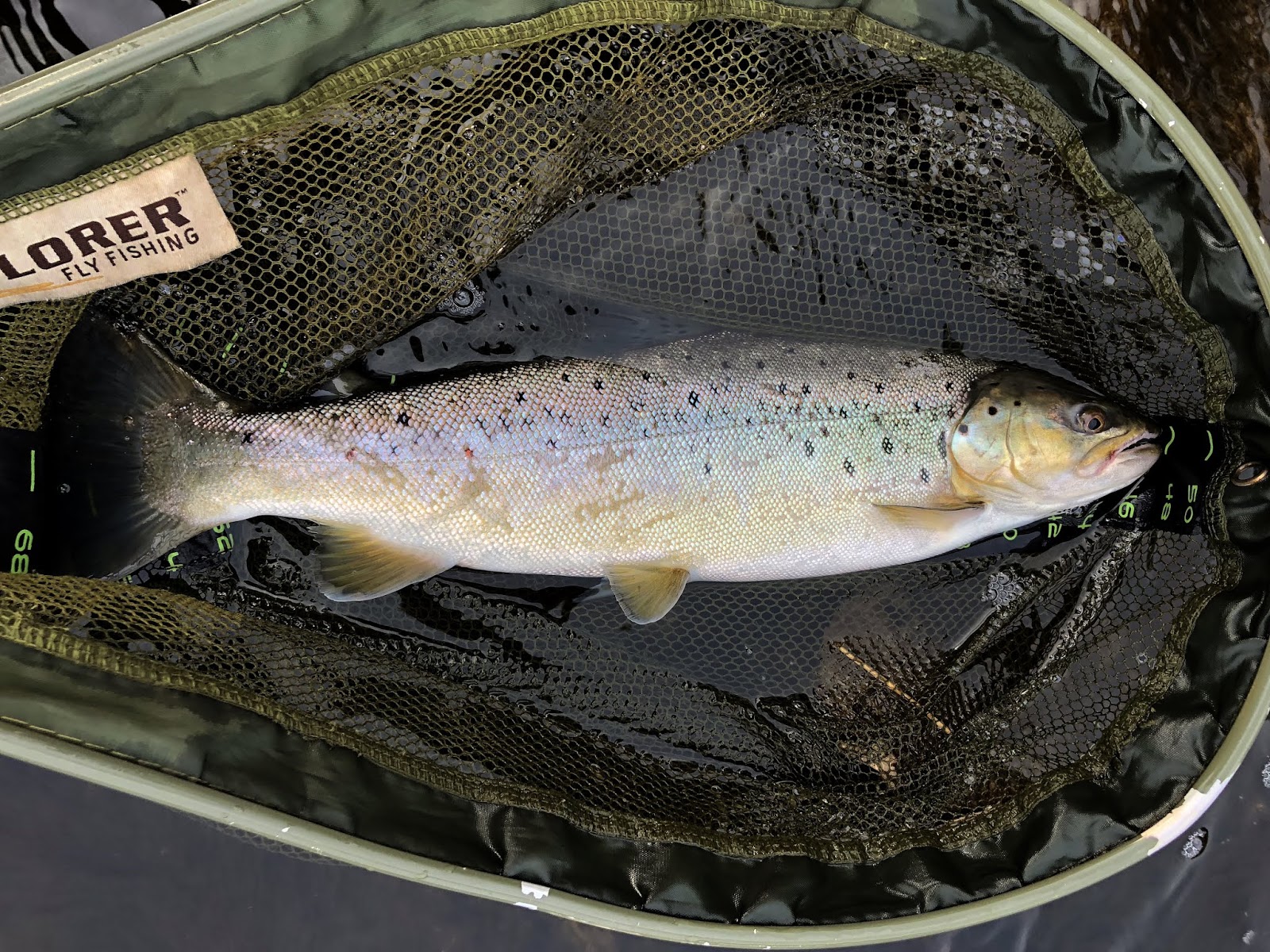 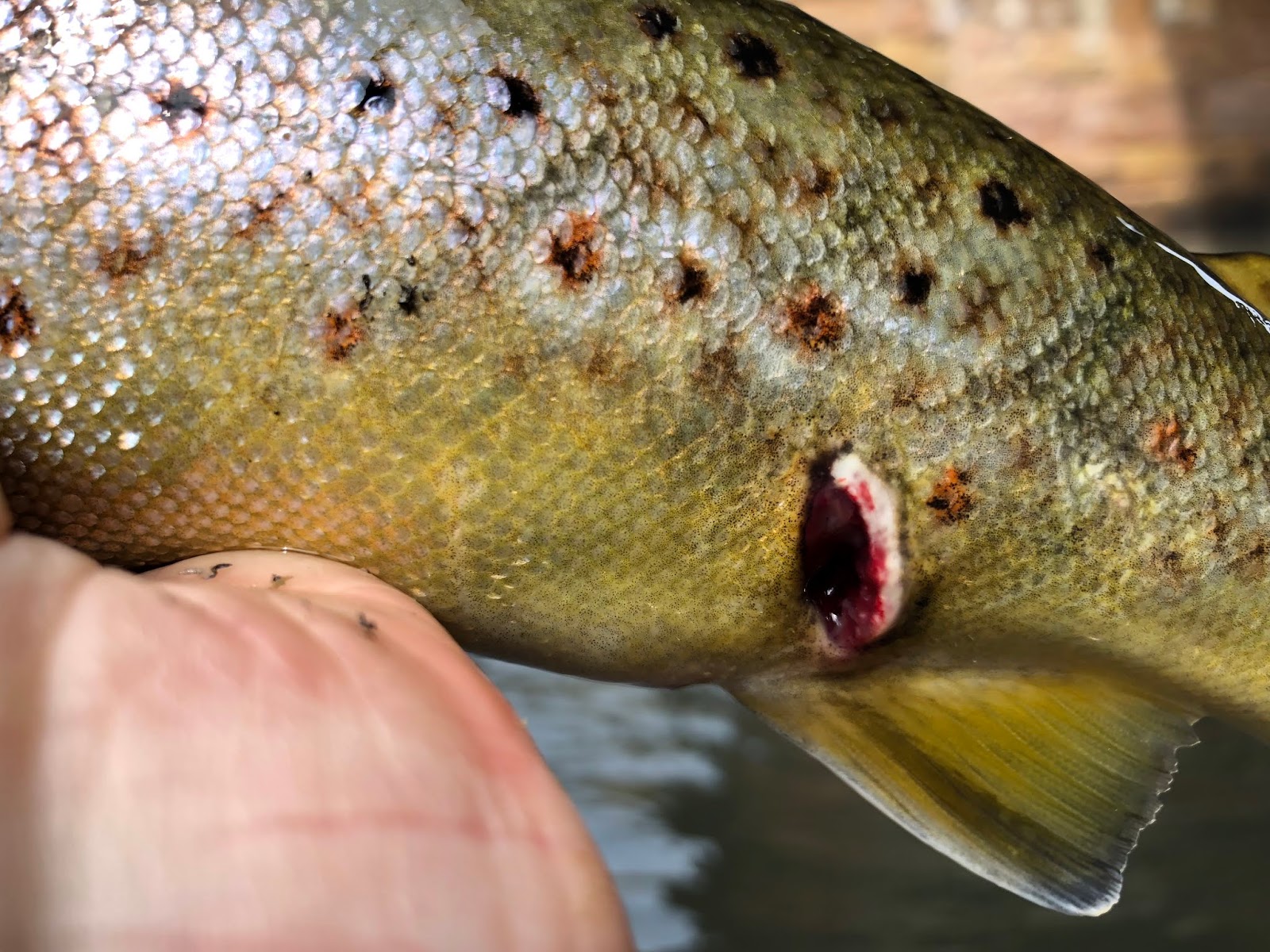