With a break in the bad weather i gambled with the river conditions and decided it was worth the hassle. Rain is still very much predicted and today was a bit of a fluke. A hot sunny day was sure to bring people out and there were out in their droves, alot of them hunting around the rivers and through the bushes for pokemon, though it is good to see people outside enjoying themselves.

The river was up a foot or two but wasn't a raging torrent, visibility however was very poor.  I set up the nymph rod as nothing was rising and opted for a orange tagged version of my nymph and a heavier black one on the point due to the raised water level. It wasn't long until i was in to a fish and despite it's size it was a start and within 20 minutes i'd bagged 5 more trout. Nothing spectacular but all pretty fish. The fish were showing in what you call 'summer water' despite all the rain we had, i fished the deep pools still but to no avail. 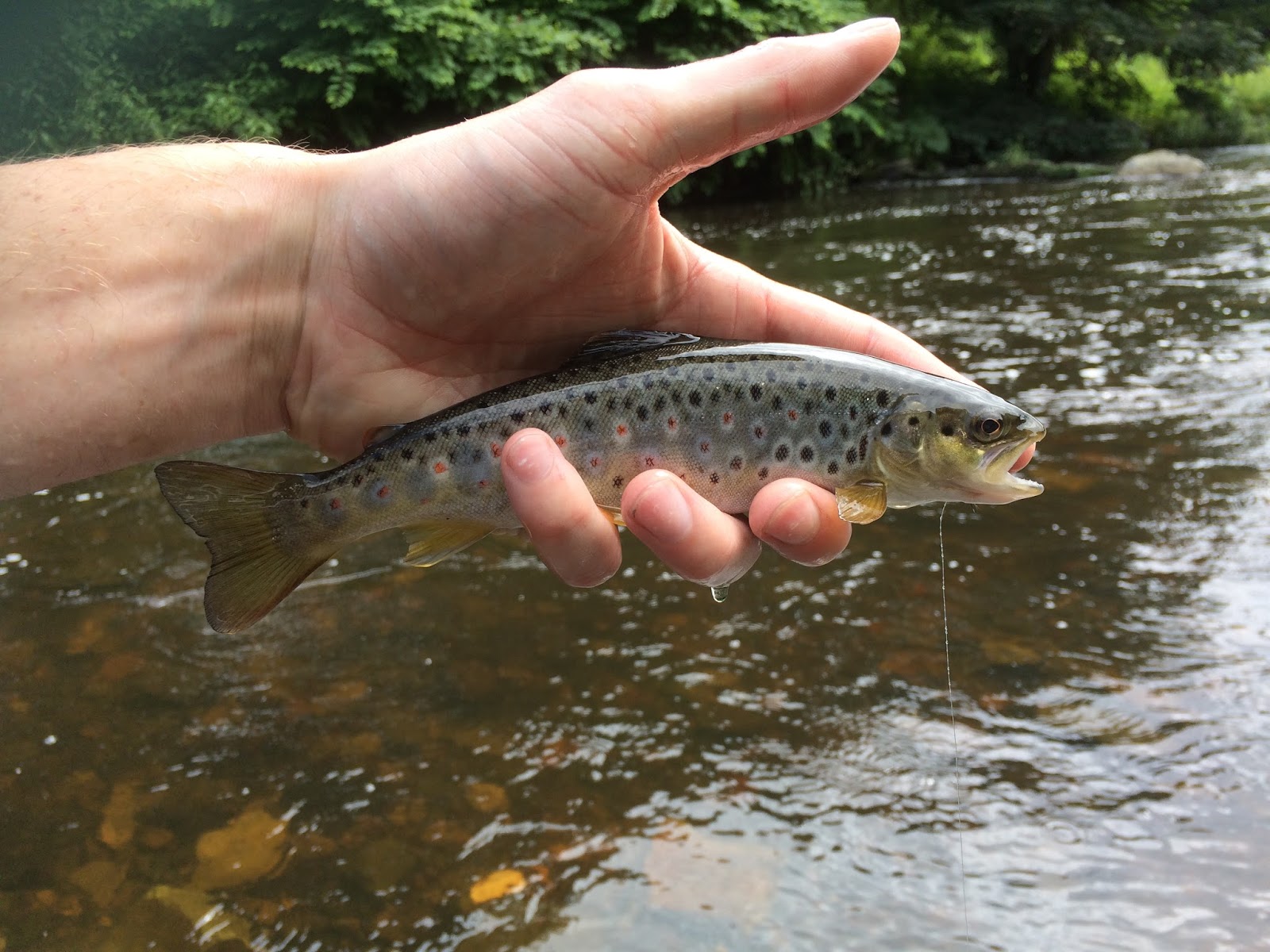 Heading up i ran into a man and two women who questioned my intentions, "Are you fishing? Is there anything even in there?" "Oh yeah" i replied enthusiastically "Trout and the odd chub." "Really? In that? I'm surprised if anything can live in there." "Well you know, there's just enough about it to keep them going, it's up to us to make it better" This exchange must of been intriguing or hilarious to them as one of the women pulls out her phone and starts videoing. Determined not to star in a video labeled, 'Idiot fly fishing in a dead river of sewerage' i positioned myself well and cast my nymphs so they landed near the back end of a low hanging tree. An almost instant take and almost breaking news for the audience, 'Man catches trout in River Irwell'. 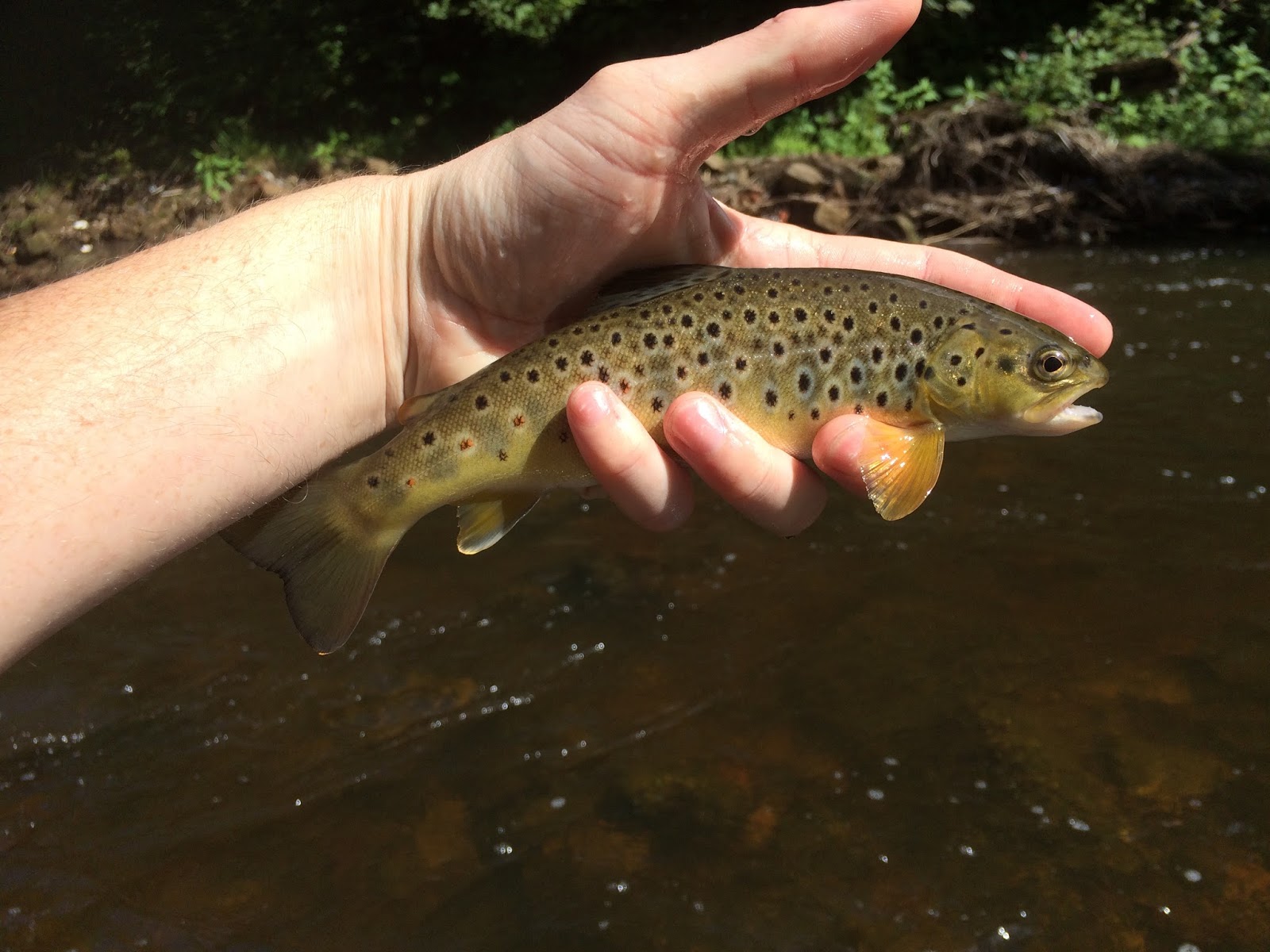 Another one soon followed and a 3rd made an acrobatic leap through the air before popping off the hook. The fish had done the business for the audience, a positive show, high fins all round, a pat on the dorsal.

I continued upstream and again were only finding trout, bar one, in the 'summer runs'. A heron startled from the river were i caught the trout in deeper water which may explain why it was there. Funnily it screeched when it noticed i had a trout as it sat high above me in the trees. I tried to get it in the background shot but i think my finger covered it. 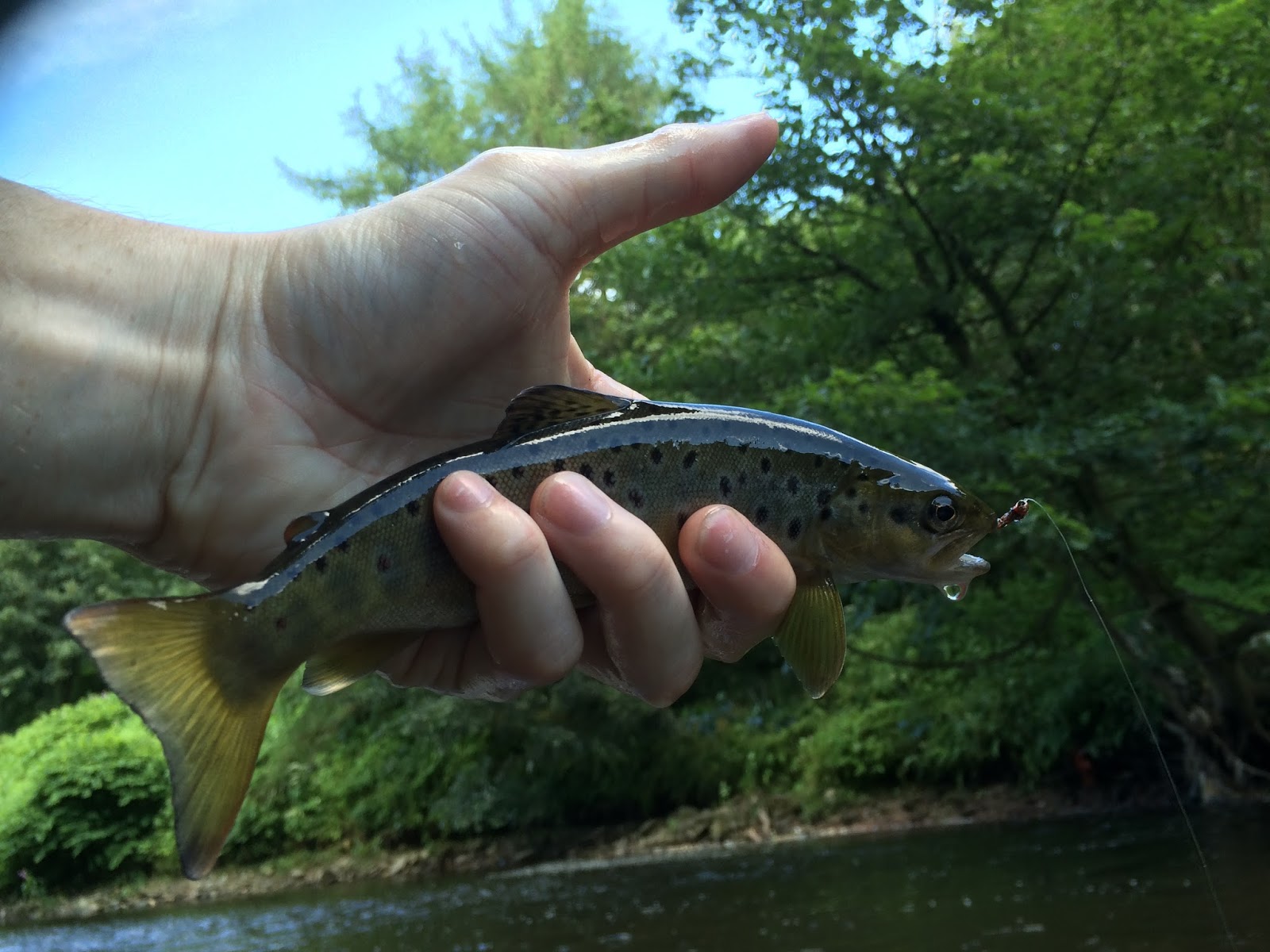 In all none of the trout were spectacular in size, taking a mixture of both flies, didn't even lose a fly in the end funnily enough and they accounted for 16 trout in total. 3 more had slipped the hook throughout the course of the trip. After packing up and squeezing my sock out, i had forgotten to fix the leak. I sat back in the sun and enjoyed it for a bit plus it helped dry my pants off! 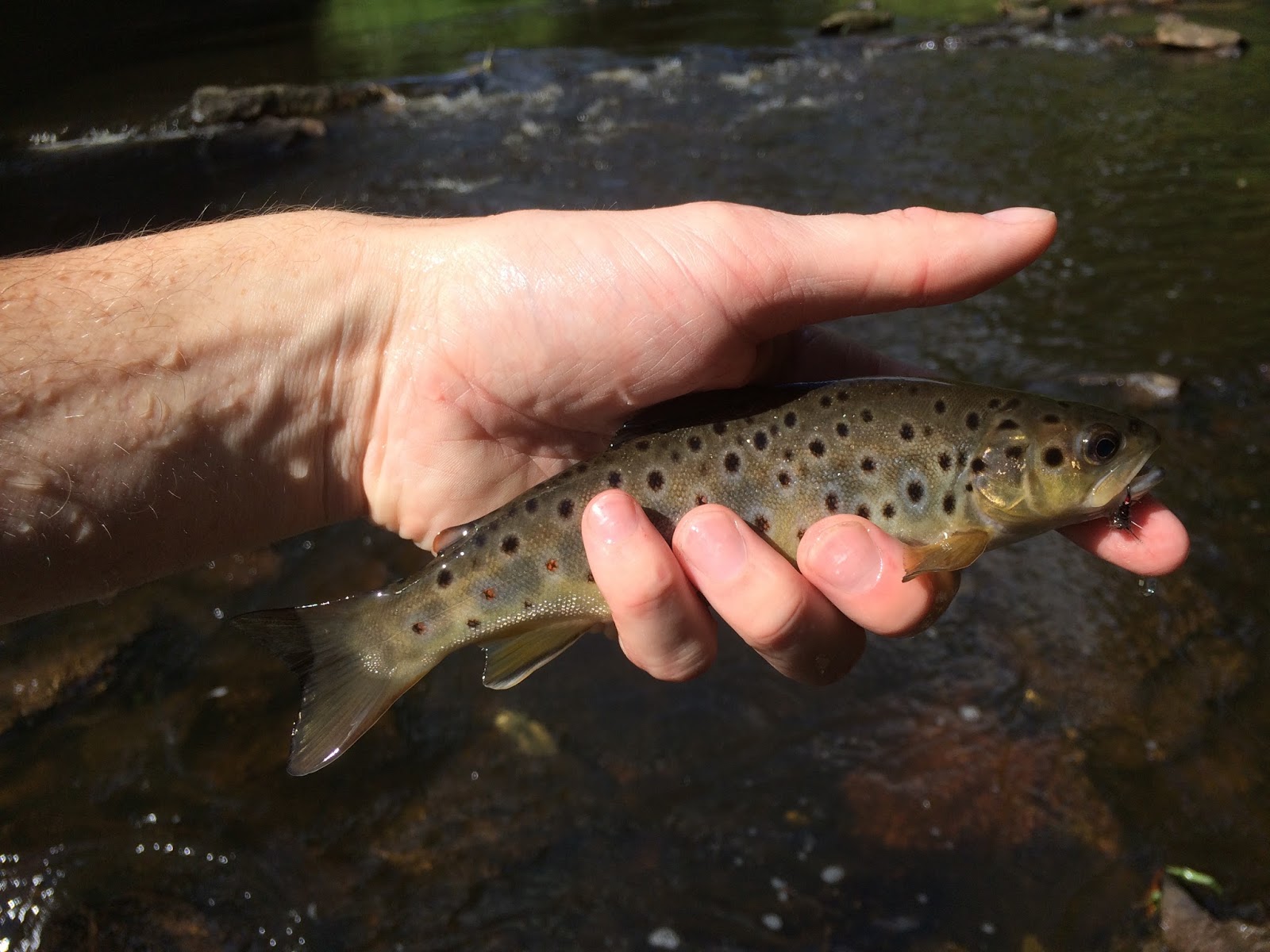