It was my first day back out from guiding and some practise at home was due a real test, until i got a lighter weight rod things would still be tricky as the rod wouldn't load as well as it should for the method i was fishing but i was confident none the less. The weather was stuffy but cloudy. There had been heavy rain for a couple of days but the day prior was fine so the river levels had started to drop. Visibility was around a 18 inches so easily fishable.

I bobbed around my usual runs, concentrating on what i had learnt previously but was surprised to not get a take for around half hour, in fact takes were very few and far between. They were small trout but a fish none the less, and there's always a bigger one lurking.  Strangely the fish seemed to be right up in the riffley water which i didn't expect after the rain fall, i had expected a few to be lurking in the deeper pools. 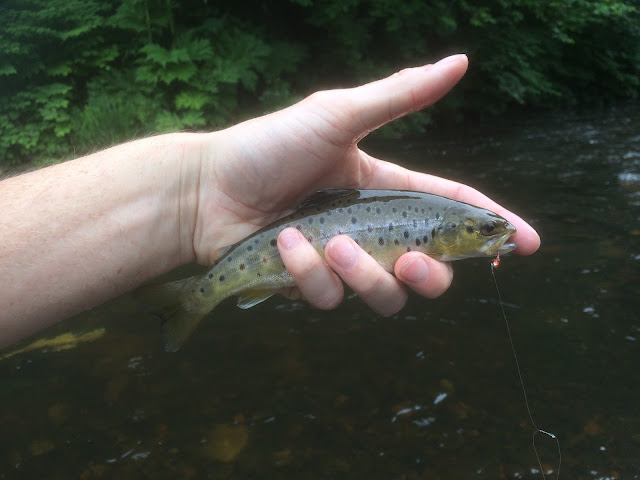 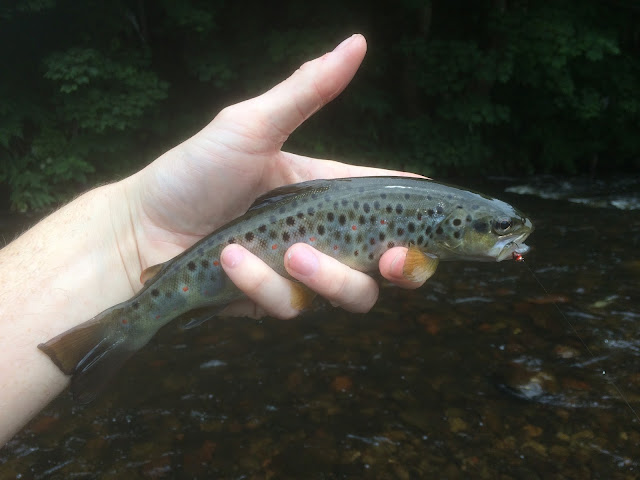 Around a hour and a half in i saw my first rise, it was a lone rise and never rose again, however when i was watching i saw a flash of a fish just ahead of me under the water and i cast around 2 feet infront of it, i got a take from a small trout but i knew the flash was a bit bigger so i cast again and on the second cast i hit into a slightly bigger trout. It was a nice trout and ended up being the biggest i landed. 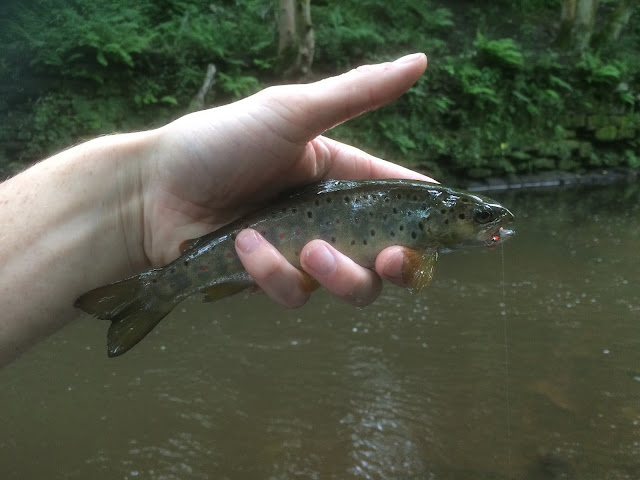 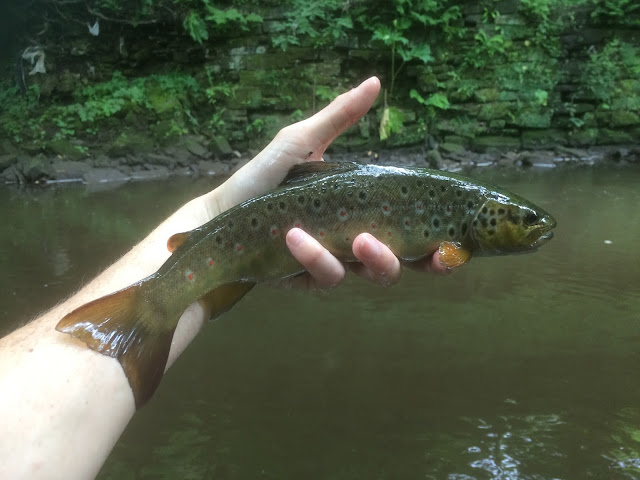 Further upstream i fished a long glide bubbling with cover yet didn't provide till right at the head of the pool, 4 casts 4 fish, 3 were small and one jumped off and the last was around a pound a half which after some violent head shaking underwater managed to slip the hook much to my frustration.

I then made an almost fatal error, i waded across a section of river i usually hit bigger trout (on average) however in my waist waders i hadn't anticipated the depth change due to the rain and was litterally an inch or so to being watered down, it was still raining too.  I fished around 20 metres until i get to a section of river i needed to be closer to the current but the river bed here is notoriously bad, big boulders around a foot, each one like ice, seems when your on them you can't find your way off them.  So i'm stood pissing around in the river trying to jam my stick into a crevice to gain some grip in the pouring rain when i think i need to call it, with so much sun and lower rivers i've forgot how to handle myself in a raised river.

However, by this time i know i cannot cross the river as the shallowest point i crossed previously is now above my waders, so i look to the hill, flowering hogweed and 10 foot high knotweed. Last time i was here i had a little path carved up this steep embankment, but christ how this stuff has grown. So i'm literally wading through this stuff trying to avoid a rogue hogweed leaf i haven't seen, and gently pushing past the knotweed, soon as i start hacking the stuff then i'm in trouble. It's a steep embankment so i need to see my footing and if i fall then hogweed a plenty is down at the bottom. Eventually after 5/10 minutes i managed to get up the hill, it's only 50m or so but it was the choice of drown or burn.

After reaching the top of the hill i noticed my camera was missing, ripped away from my by the knotweed no doubt, chances of finding it in all that? Not worth the risk, so it was a lesson learned today in a number of aspects. 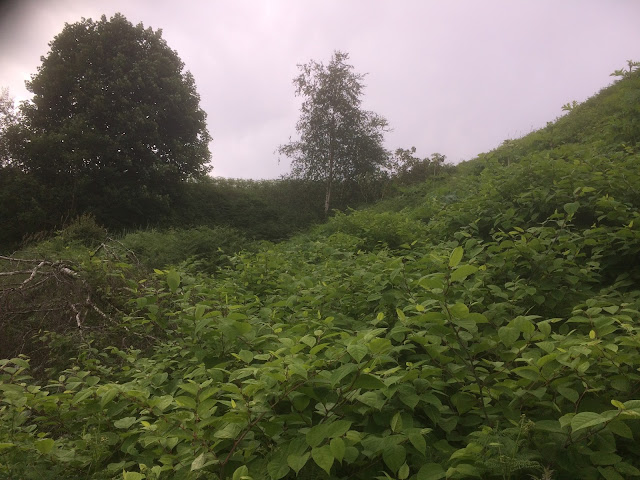 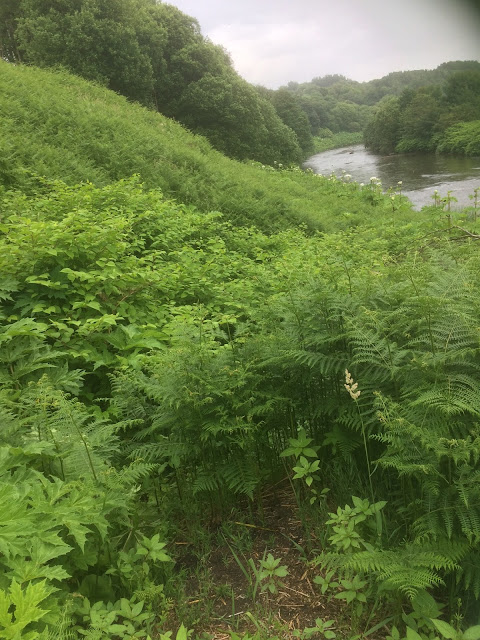