So i had come to the decision that there is only so much you can read from books and watching youtube videos of fly fishing in New Zealand, there's only one English channel i know of and that's about it.  Now there was some debate of guided fishing in one of my local groups but the age old argument of learning yourself off your dad showing you, which is effectively guiding, is all you would need.  But after a season of fishing i had a few quips in my method, books and videos don't tell you what your doing wrong that is affecting your catch rate. Whether it be presentation related or something else, i needed that second voice reminded me of what i was doing and as i tried to get my brain to remember it to constantly keep that form, obviously i would drift back to my 'natural' style but with reassurance it improved throughout the day to a point a went from catching the odd fish now and then to catching very often.

Now why John Tyzack, well if your going to get told what to do by someone why not get told by someone who i class as the best fisher catcher in Britain. Not only can he be dependable in that sense but he is just a normal guy, like myself. Don't get me wrong he is still serious in his role but from someone who doesn't really take orders very well i never felt pressured. He never forced me to do as he said, though it'd be pointless if i didn't listen, but i wasn't being barked at like a military sergeant. Now i have fished with John before and JT knew my style and method etc and i today i had a few specifics i wanted to change but with that comes alot of change from the 'natural'.

So here we are on the Irwell, i river i know well, i've got alot of information running round my head so at first i find things a bit tricky adapting, but with Johns reassurance and reminders and observations i eventually picked up the skills to a degree and began getting praise. Now one thing JT can't teach is reactions and though i always thought i was quite fast at reacting i realised i paused for a split second. Things started off ok, the odd couple of small fish here and there which was good. As we headed further up the river my confidence and technique improved and John would say his approval and like magic i'd get a take. Now if fish had pockets i'd say he'd been giving them backhanders but these fish were brasic. Despite their small size they were plenty fat so had obviously been skipping their salads this spring.

We had a laugh further up when a old man with a stick started waving it at us saying we was fishing in off season, we reassured him it wasn't explaining the law but he got more aggressive and wove his stick more, luckily at John more than me, and with the final words of 'Well i hope you don't get caught' he was off. Not long after while fishing a slower seam of the current i hit into a nice trout, plenty of girth and plenty of fight, keeping it downstream of my run i guiding it into John to net and we grabbed a pic or two and it was off. 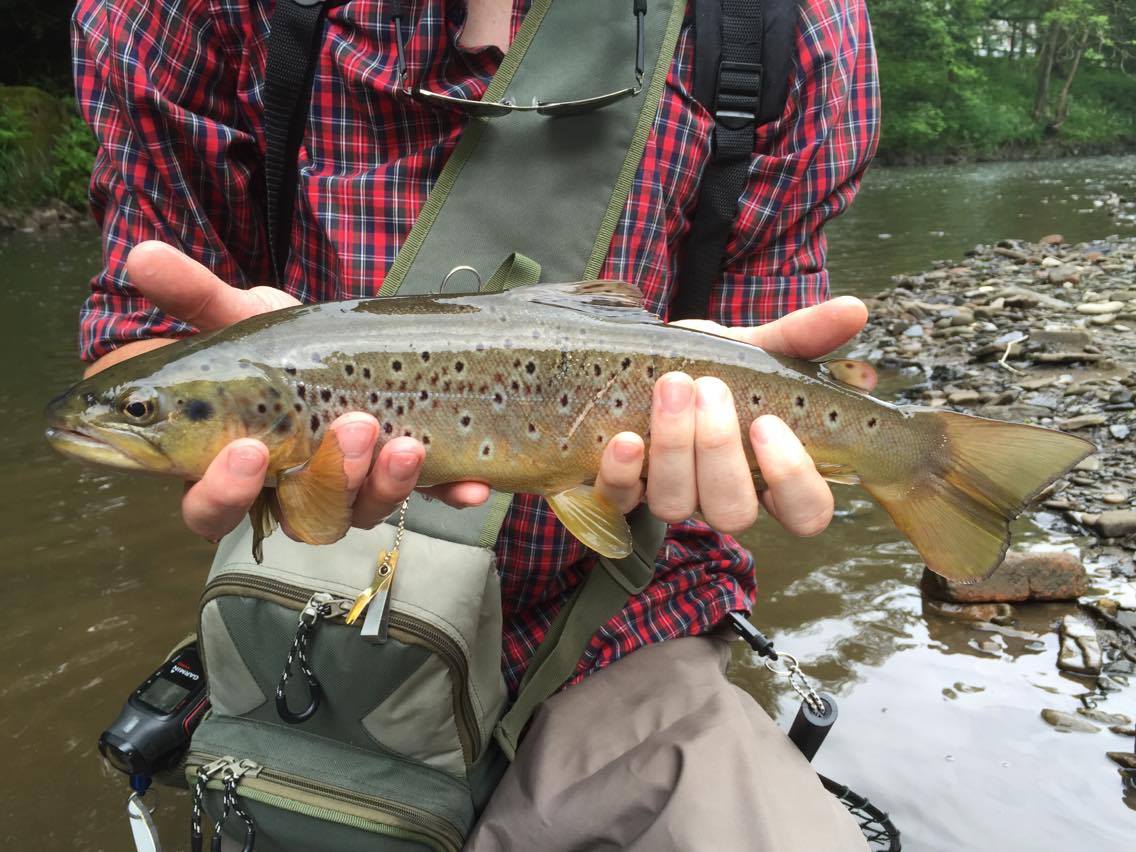 We hit into a lot of small trout and the average size ones but managed a couple more decent trout. The colours varied but we had a lot of silvery grey trout with shimmers of blue on them. But other than catching fish it was a very productive day, i had learnt alot and had felt improvements in my fly fishing, i knew i still had along way to go but i had improved and knew what i had to do to continue that way. Like golf, breaking a bad habit is hard but once it becomes second nature then it is easy.  Hopefully next time i see John he will be impressed in my newly developed techniques and we can try something else. 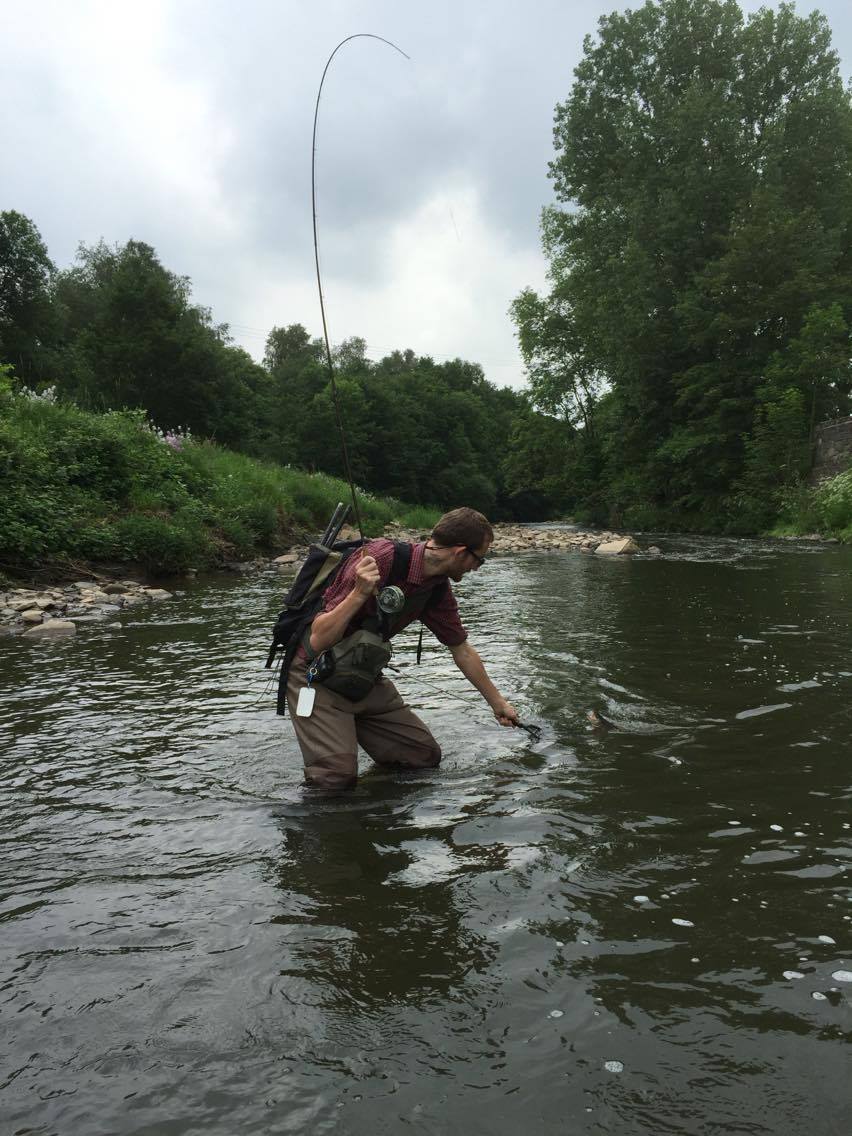