Fly Fishing - Before the lockdown


March the 15th, the season has just opened and i'm trapped in work. Coronavirus is going round the world, i'm in work, a key worker, watching hoards of people panic buying toilet roll. Begging for soap and hand wash, bleach and anti-bac spray. You know when you say 'you wouldn't want to see their houses'. Well it made me think how little people were cleaning in the first place that they all had to start buying some. I fish urban rivers, i carry hand sanitiser when i go, for obvious reasons. Maybe it's easier for me to not touch my face and maul about because of that thought of polluted water courses still lies within me. Now because of the stupidity of people, all standing close to one another to get inside a shop? The only time i've really stood in a large crowd of people as an adult is at football games and the City parade. I like my space, i don't trust people like pick pockets and all that and i don't like the odor of most of them, so why don't people give more space regardless of a pandemic? And now it's affected the place were i have the most space, the middle of the river. I cannot seek my mental refuge anymore. I have to put up with the sheep of society as a key worker. And with 2 weeks of Easter booked off work, i will spend it indoors with my outdoor loving daughter because of everybody else.

Come the 17th though i was up and out with Krystian, the weather had been in our favor considering the previous weeks so we did expect a decent day. Though things started off slowly, usual places that held fish seemed barren and telltale signs of poaching over winter became obvious, the broken lines attached to trees attached to almost sea lures. I missed a fish in deeper water, wasn't too aware of it's size but it did bring me some hope but again, the waters fell quiet and we continued up river. It was there we found our prey, they were rising, which made it alot easier to figure out where they were. Now in this situation you'd normally pop a dry on, but there was no real hatch, the trout were rising steadily in this 10 metre section but there was no readily supply of flies on the surface. So we opted for very light streamers and cast at them. Krystian had the first fish, the streamer had barely touched the water when it took it, it fought hard but he managed to keep it downstream of the other rising fish, it teased my at the net a couple of times before i took the lunge and netted it. It weighed in at 2 1/2lb.

I was next, with the aid of my polaroids i was able to watch the trout chase the streamer, which can almost make you strike to early, but i waited till it turned after it took it before striking to get a good hookset. It wasn't as big as Krystians but we was still aware that one fish was still rising despite all this commotion.

This was Krystians moment, the trout followed it some 20metres so it was almost upon us and i watched it swallow the fly and stop, i shouted to Krystian that it had took it, but he didn't react, the lack of pull i believe was fooling him but then he struck and it bolted upstream for some concrete blocks. I warned him of this and then as he pulled on the brakes the line went slack. We had lost it. But then as he reeled in the line went taught, it had steamrolled straight back at us and Krystian was now chasing the slack. It then milled around in the pool in front of us trying to use it's body weight and occasionally go towards some snags slightly downstream of us but we waited patiently and i netted it again. It weighed a cracking 4 1/2lb.

The rising had stopped now, we gave it a couple more runs but then continued upstream, i reached a small narrow bend and came across a chicken hanging around with some ducks, which was quite amusing. Regardless of this i was adament i had seen a black line follow my streamer just at the foot of my rod tip, so i ran it through twice more before i hooked into a fish, i pulled it down into the slower water and just had to avoid all the obstacles in the water before i could net it. My trout weighed 2 1/2lb.

At this point we was on top of the world, we could have easily have gone home at this point but we was only a couple of hours in and the rest would be exploratory. More signs of poaching as we headed up river and 1 decent trout spooked as we made our way up river. It was about another hour before Krystian hit into the next fish, fighting hard in the deep colored water it tried to go into the plants against the wall of the river but i pushed upstream of Krystian to net it and rounded of his catch total to 10lb with a 3lb trout. The thickness on all these fish was promising that food was plentiful, but the lack of signs of fish and the amount of poaching signs were possibly the reason there was so much food. I managed another small trout in the next hour but there was only signs of one other fish that rose once.

The day before lockdown which we could all sense was coming i took my chance to take my daughter out to show what social distancing really means. Heading down to a safe section of river it allowed Emily to try out her new waders and develop her water legs which she fully enjoyed, not having to be carried across a river. The fishing again was tough though for her, her casting had some how improved over winter and almost every cast she made deserved a fish, only snagging a tree once which i crossed over to get for her. She eventually caught a trout which really didn't full reward her efforts of the day and it's sometimes hard to explain to a child of 5 that sometimes no matter how good you do something it isn't always rewarded. The trout itself was a nice little fish, probably of a pound or so as i didn't weigh it.

We fished our way up river, skimmed stones after each pool and headed back up to a place i reported last year for leaking sewerage. Well, it hadn't been resolved, which after 6 months would explain the lack of fish downstream of it. The constant phone calls between UU and the EA ensued over the next couple of days for them to conclude, they knew about it and it needs a permanent fix. 6 months not long enough?

So now we are in lockdown, i am still in work for the rest of the week, walking past people having garden parties, BBQs and meeting on the park. So it's guarenteed that the lockdown will be extended and how we have to suffer both mentally and physically. As technically i could have 12 weeks self isolation due to my asthma, but i could not stay indoors for 12 weeks. I just have to survive this epidemic. 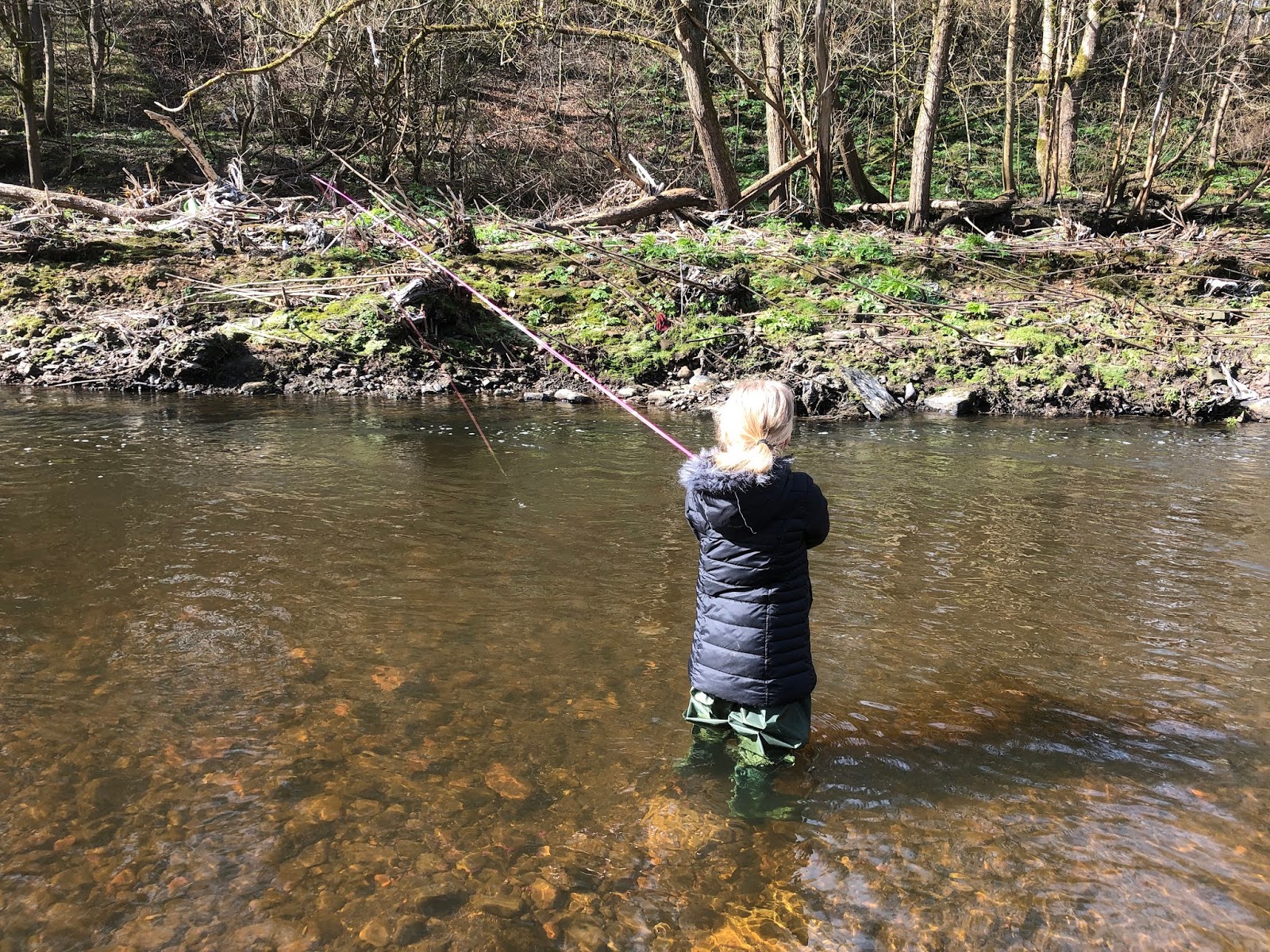 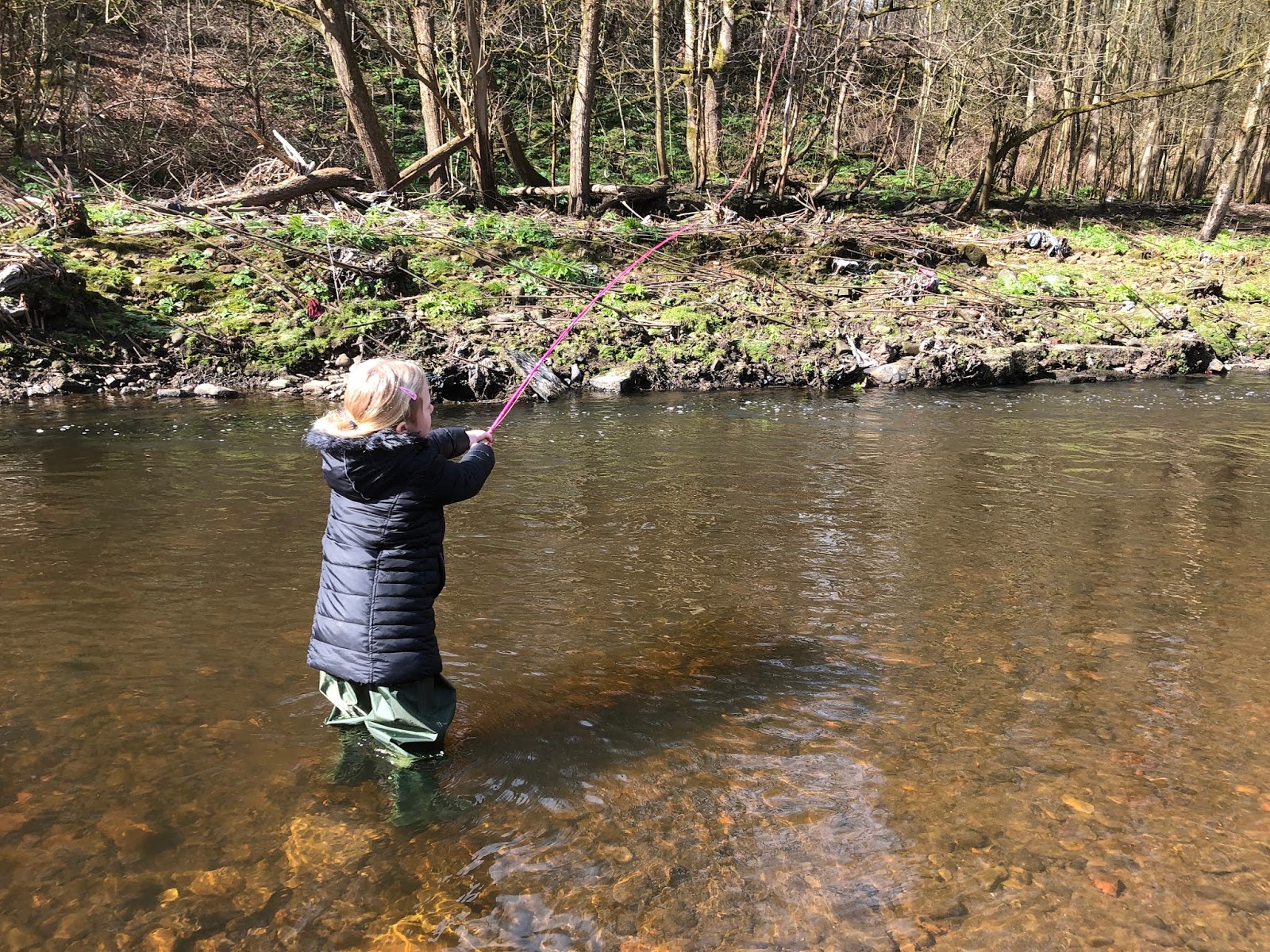 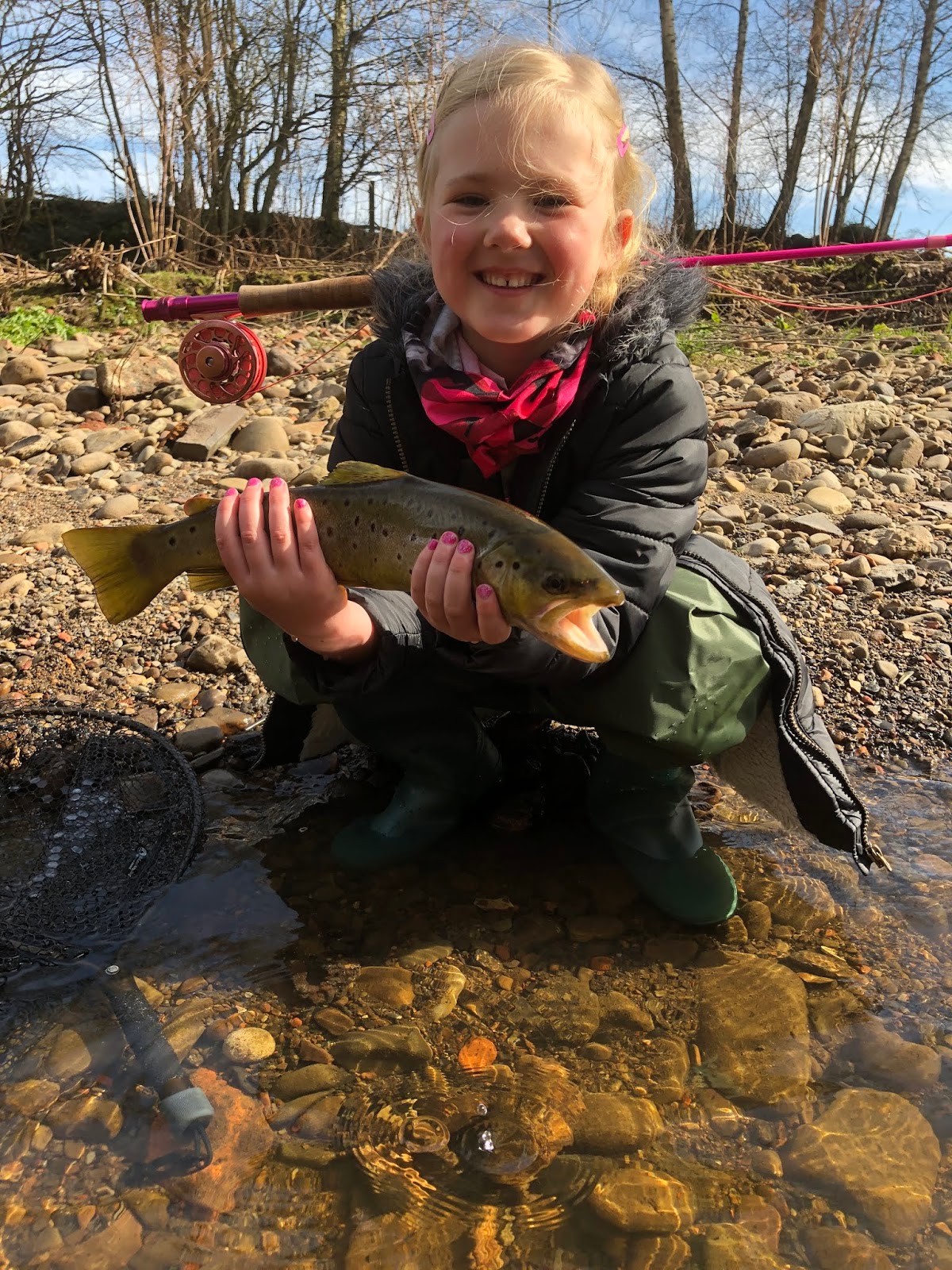 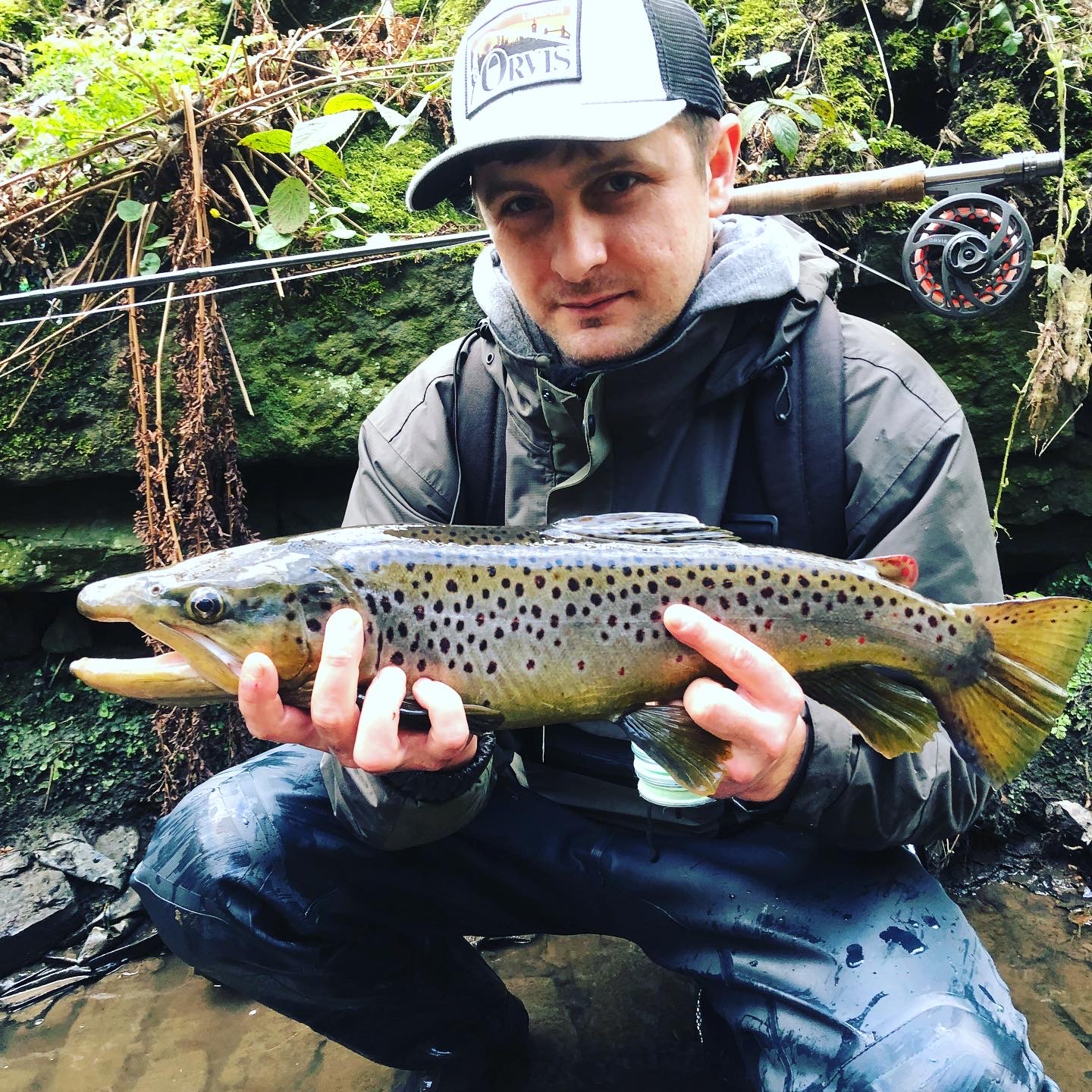 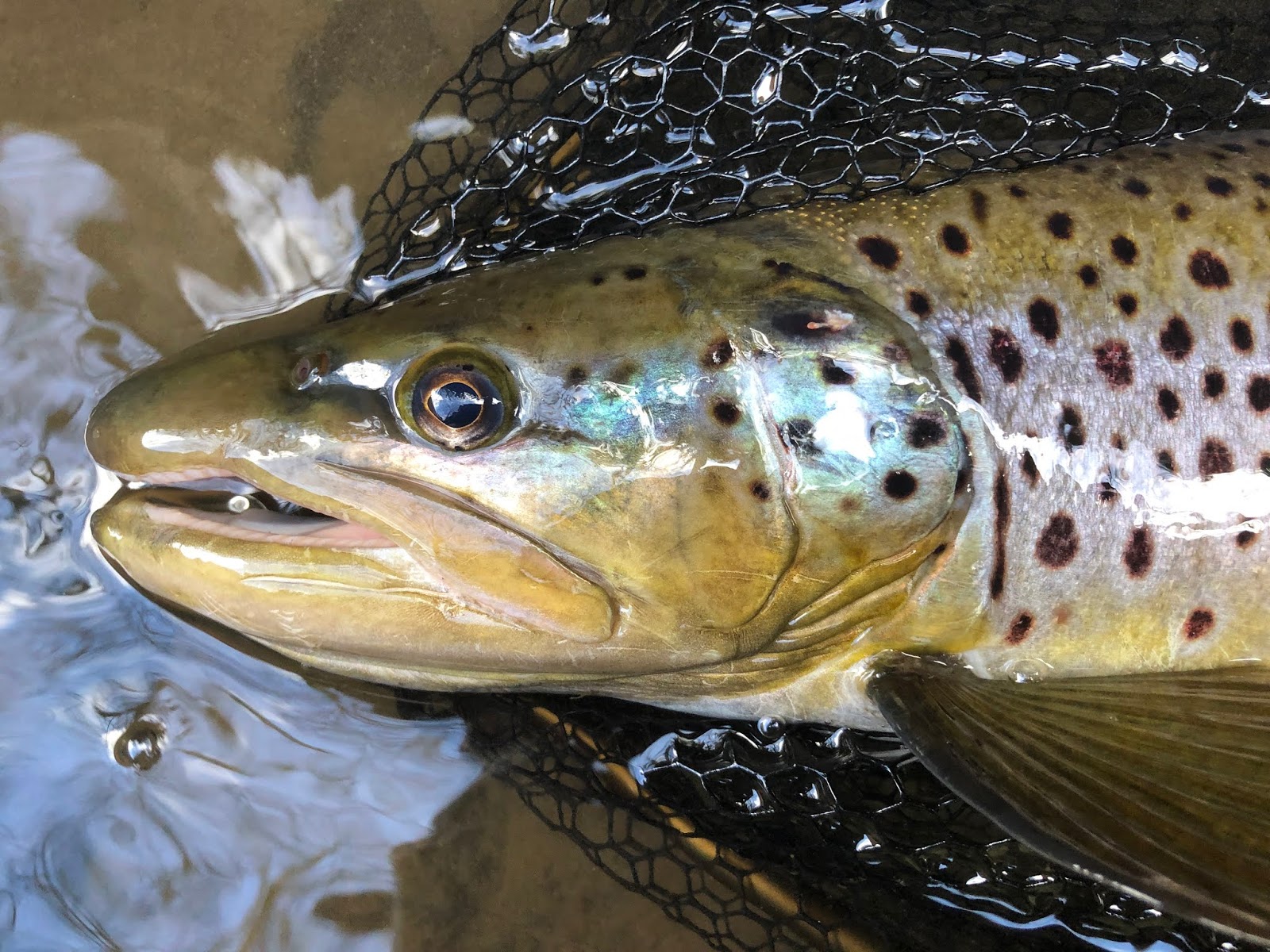 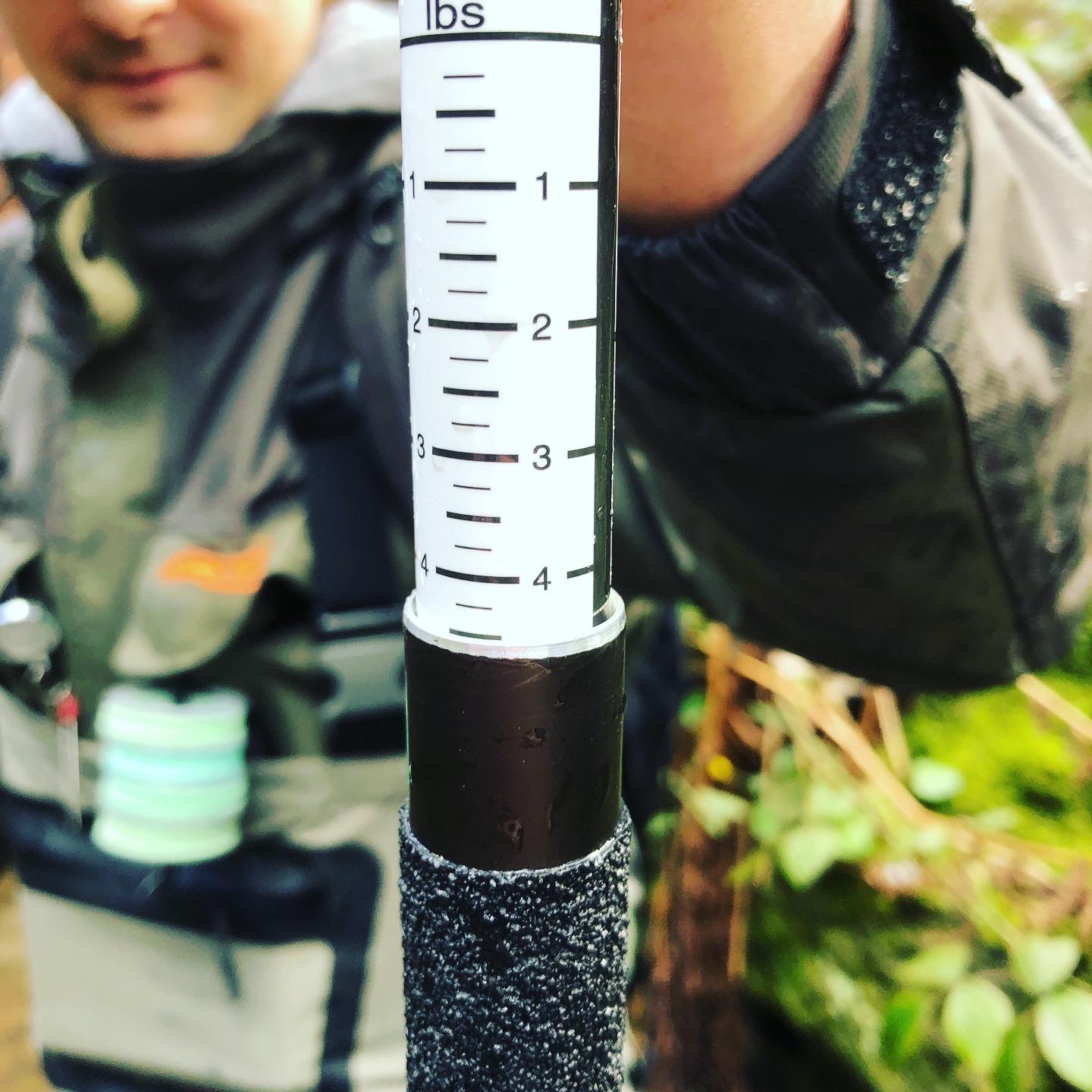 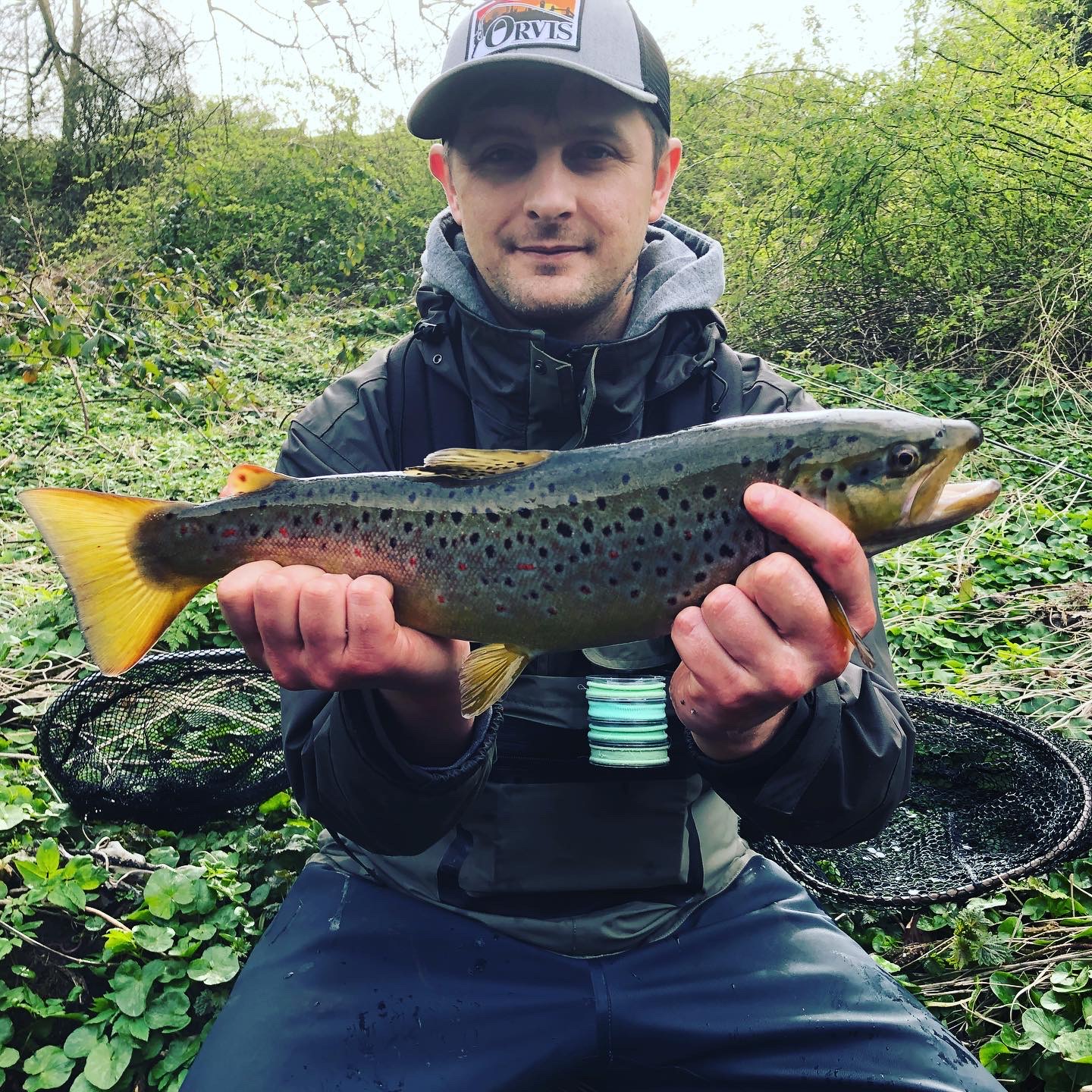 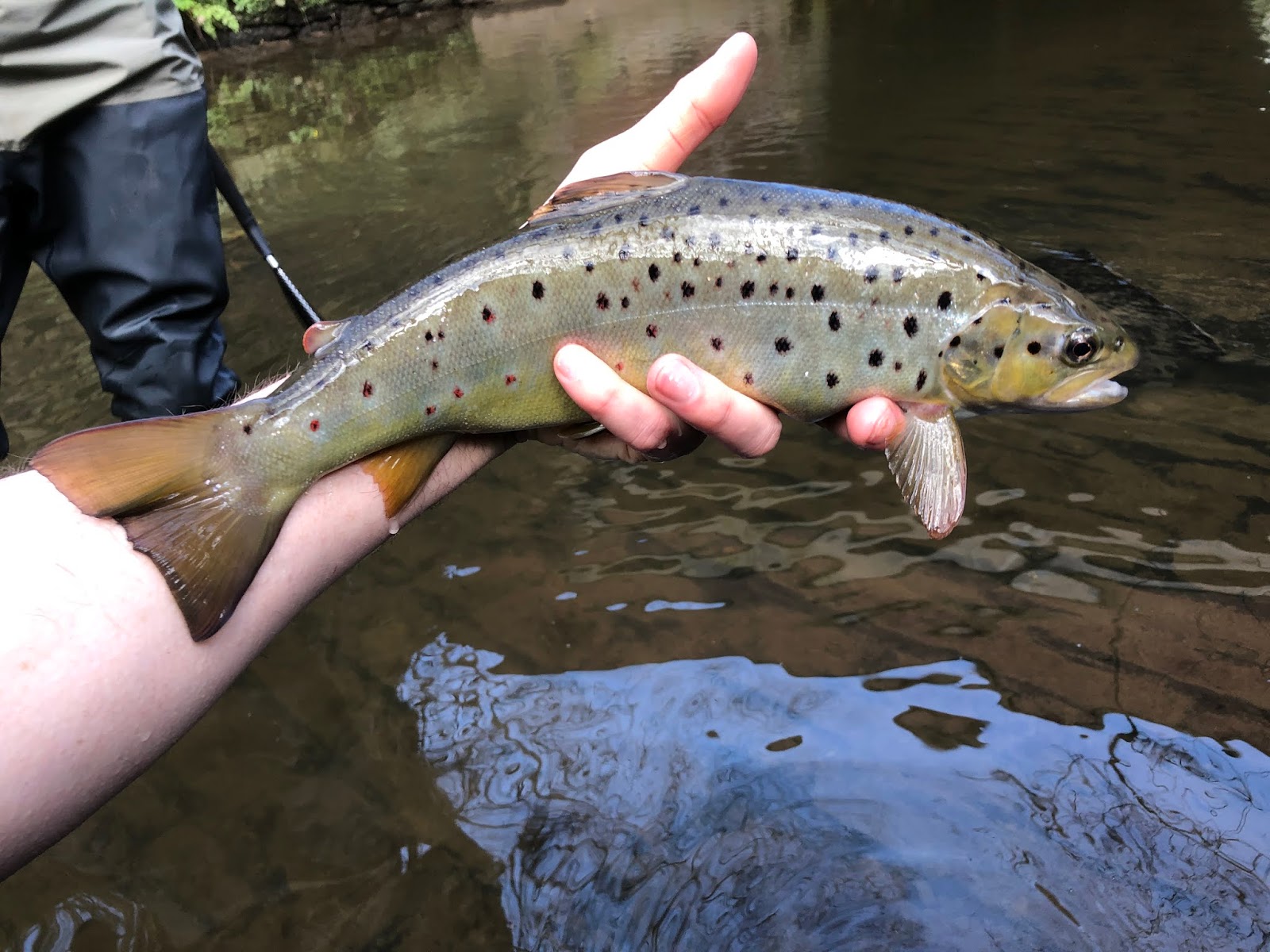 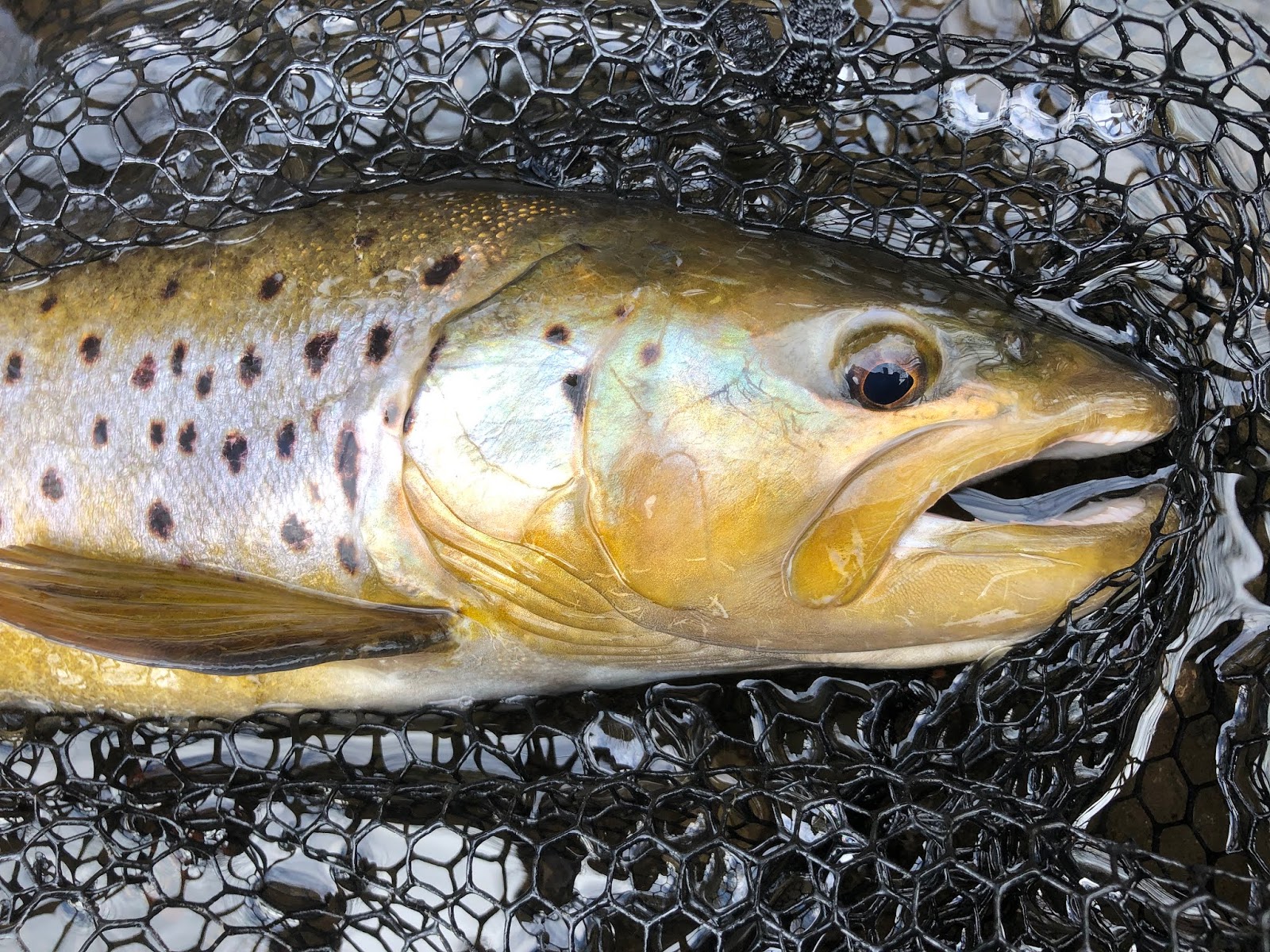 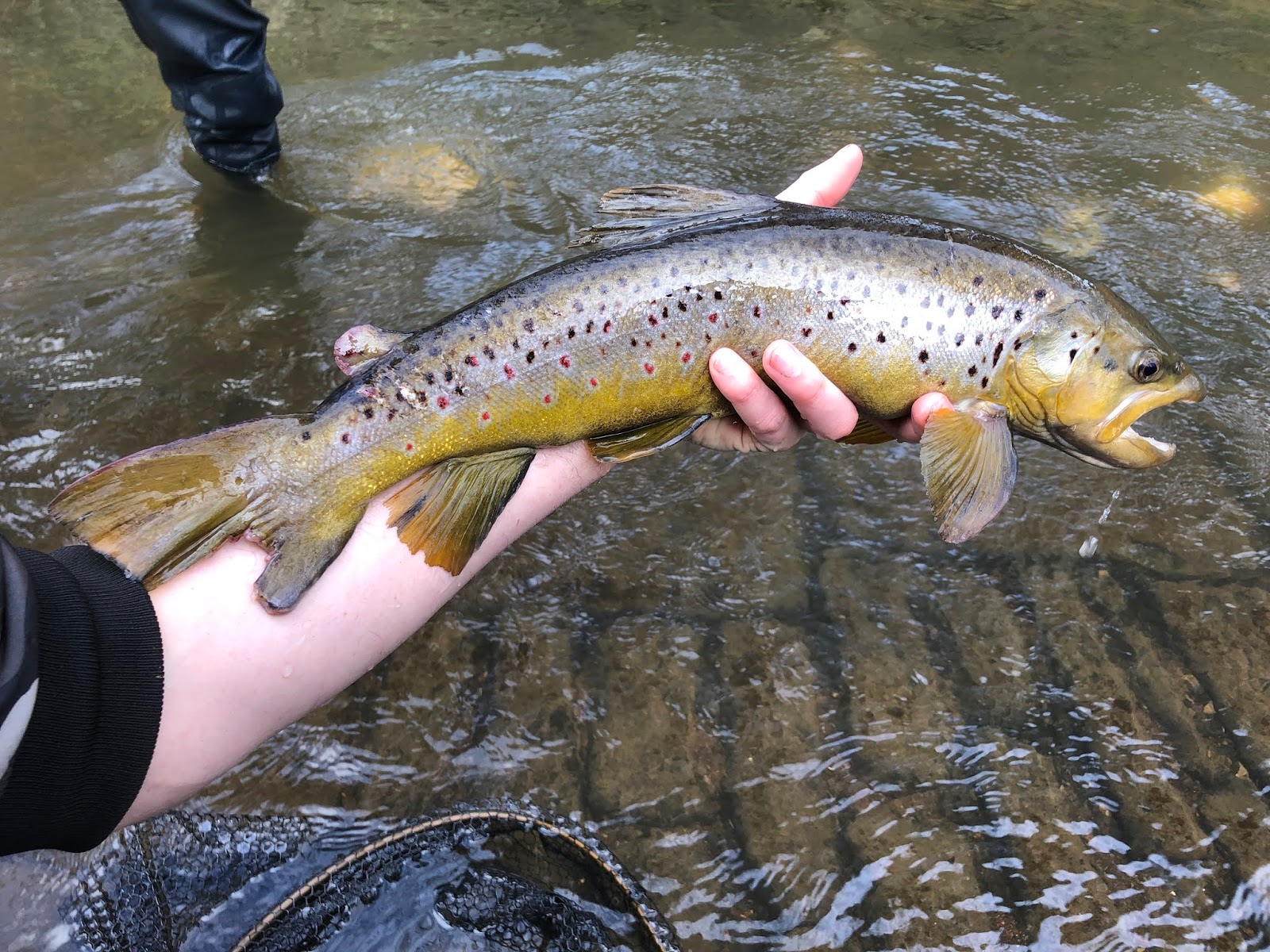 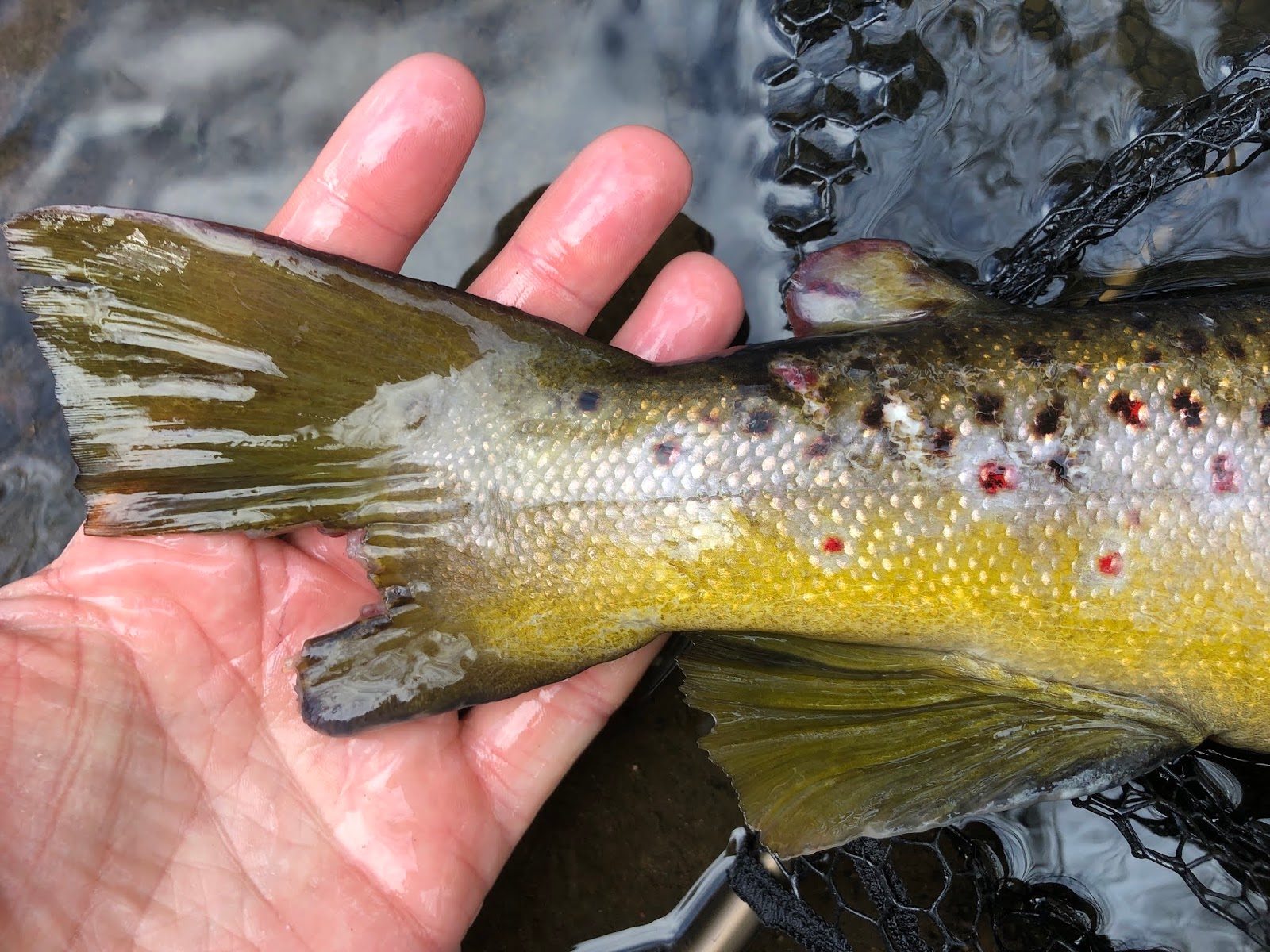 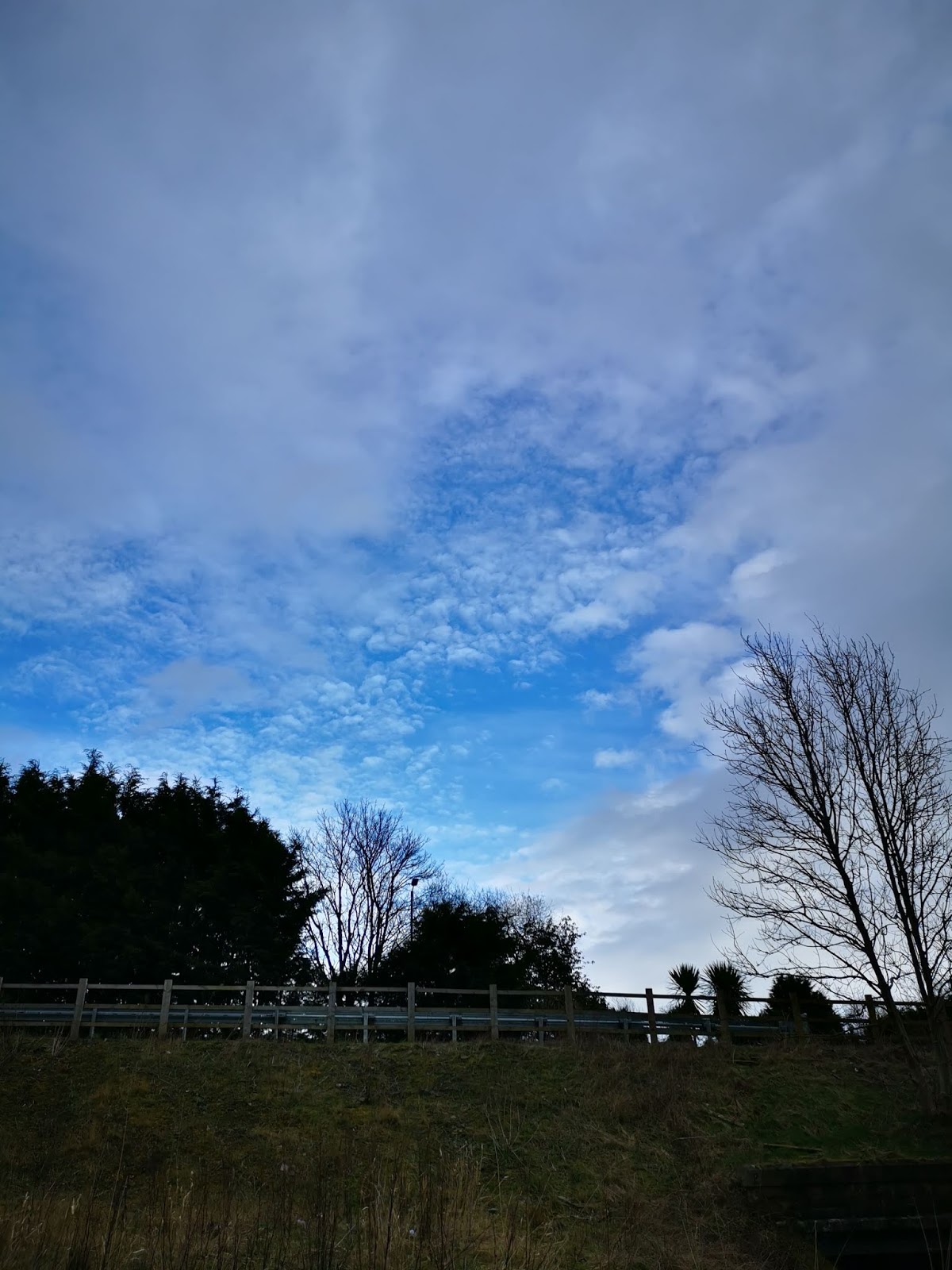 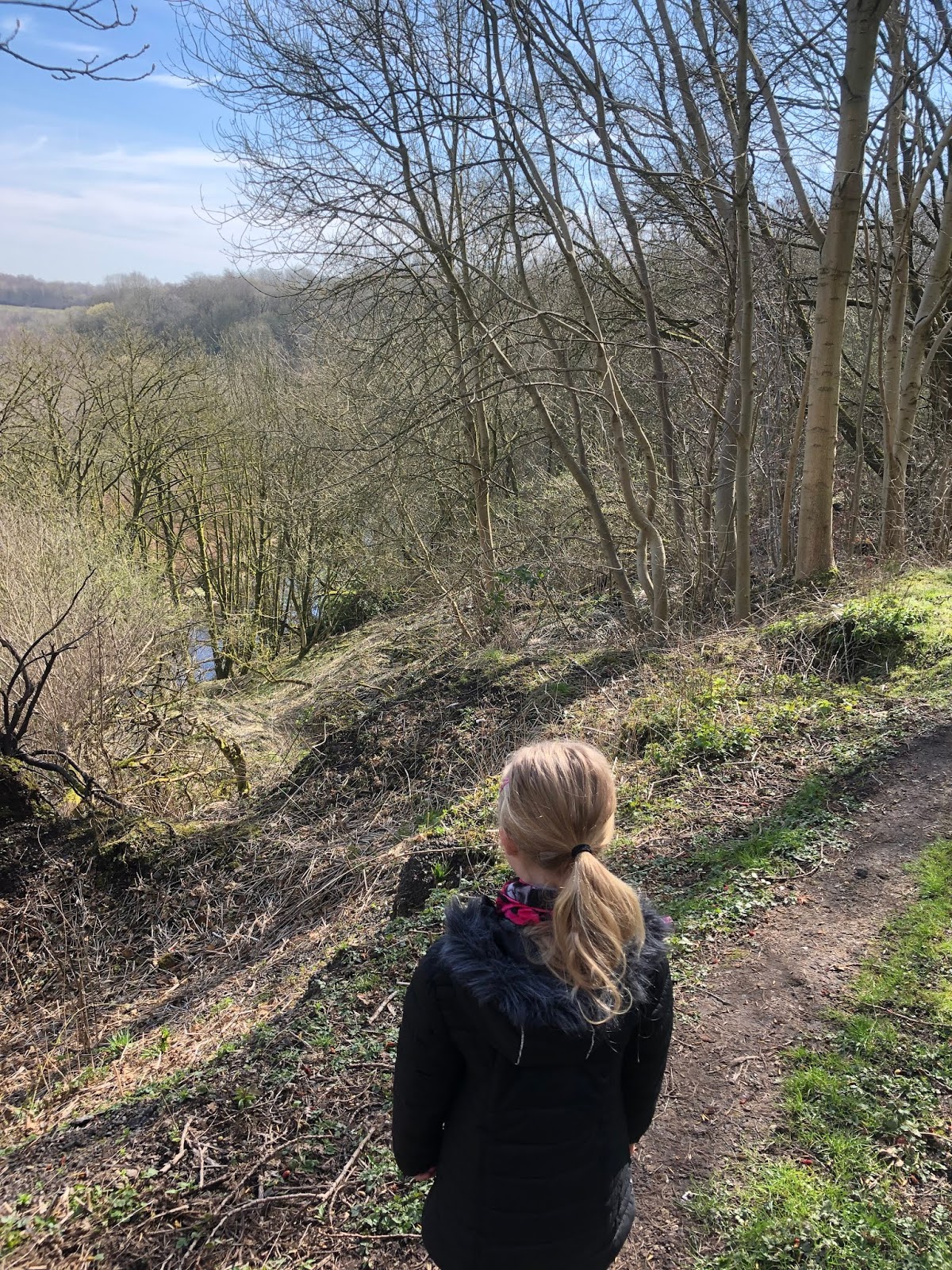 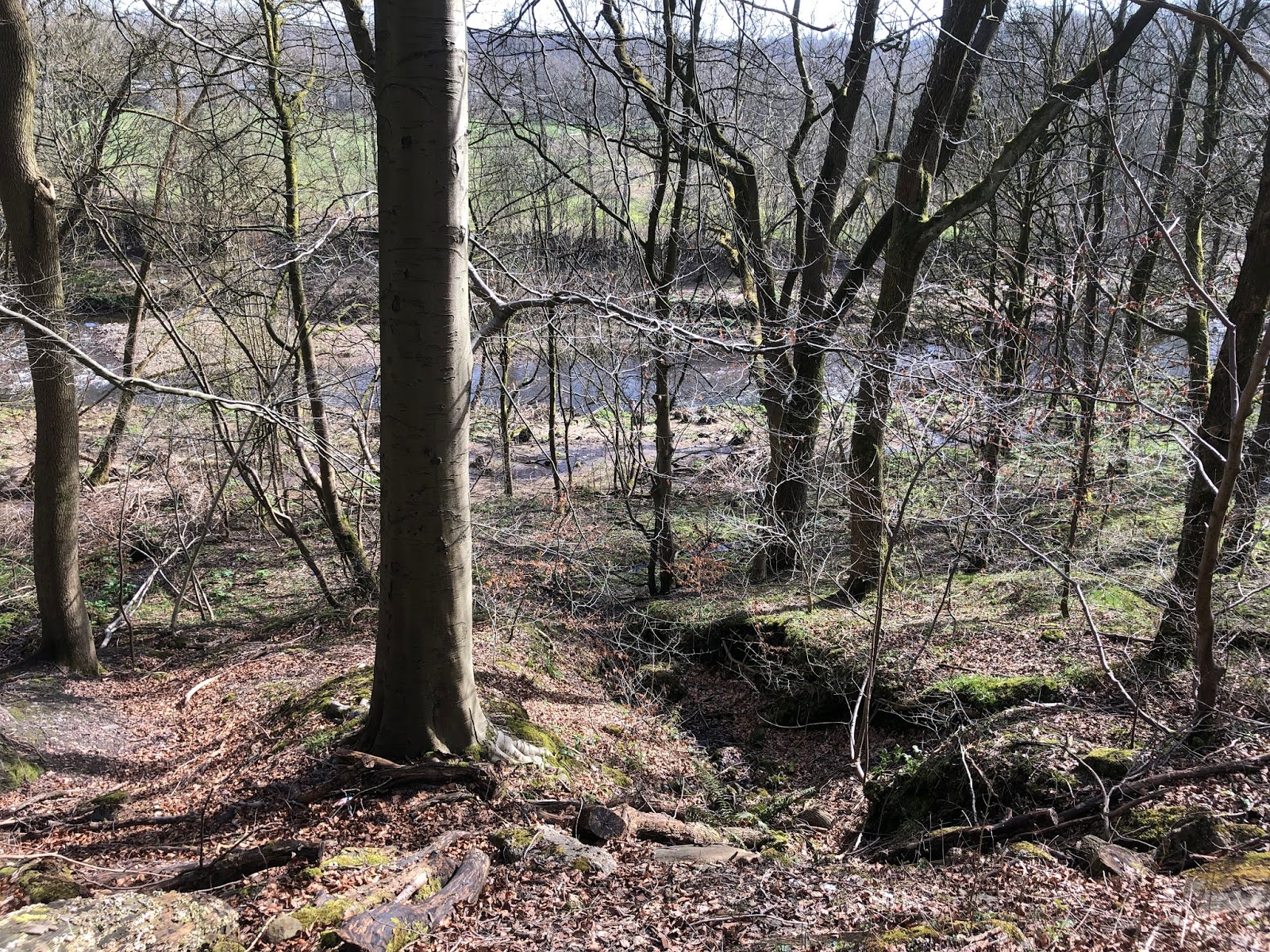 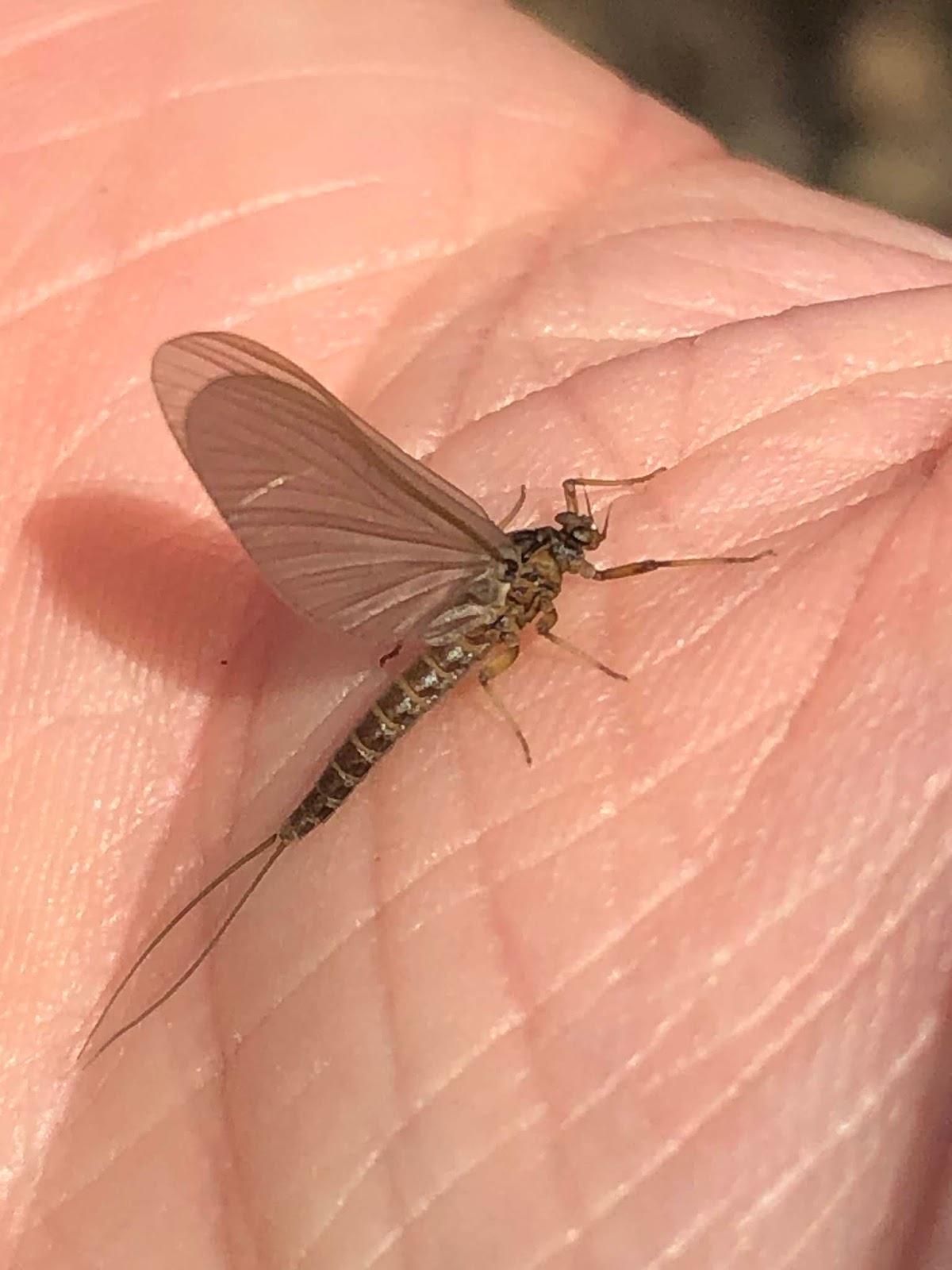 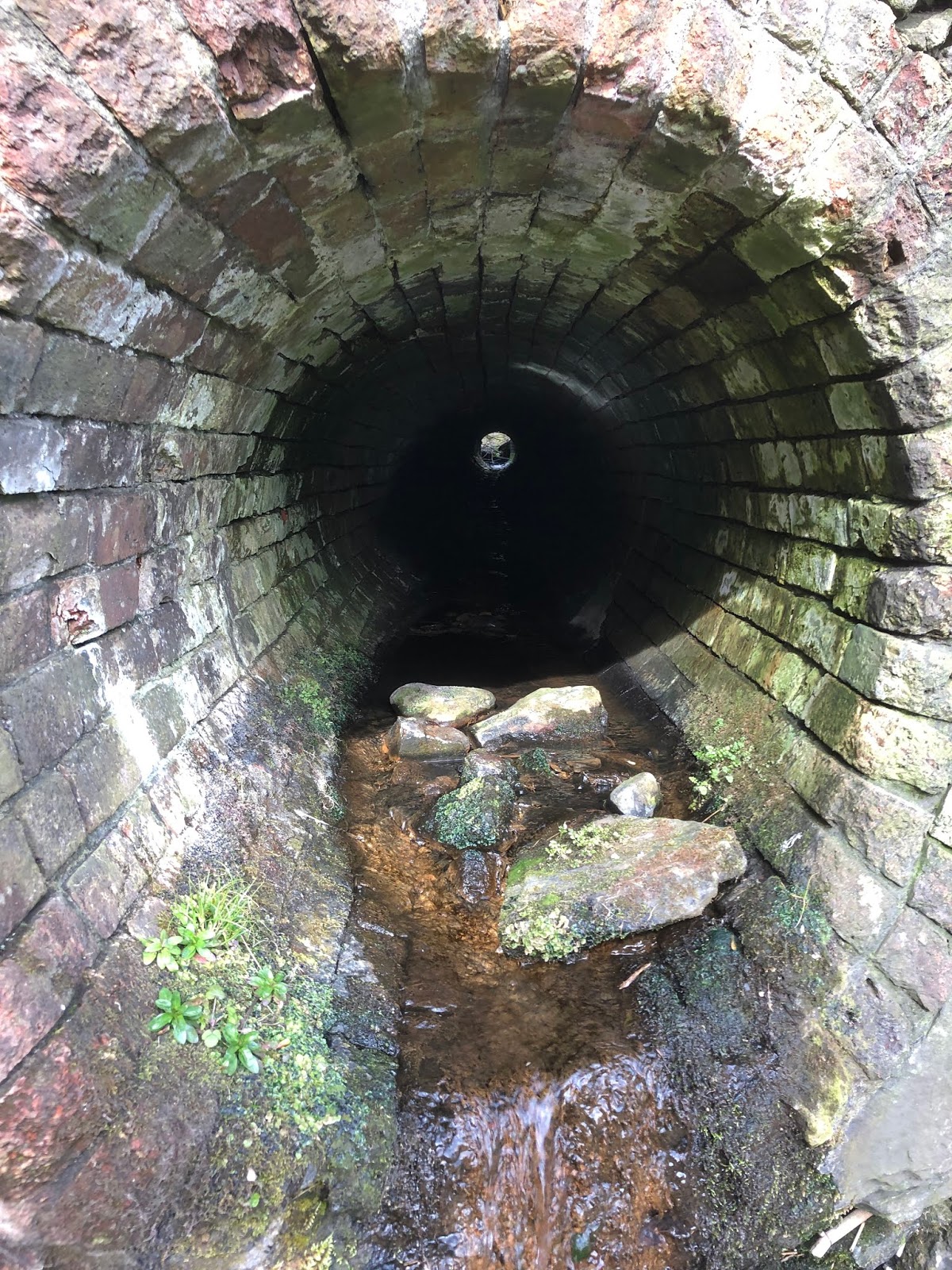 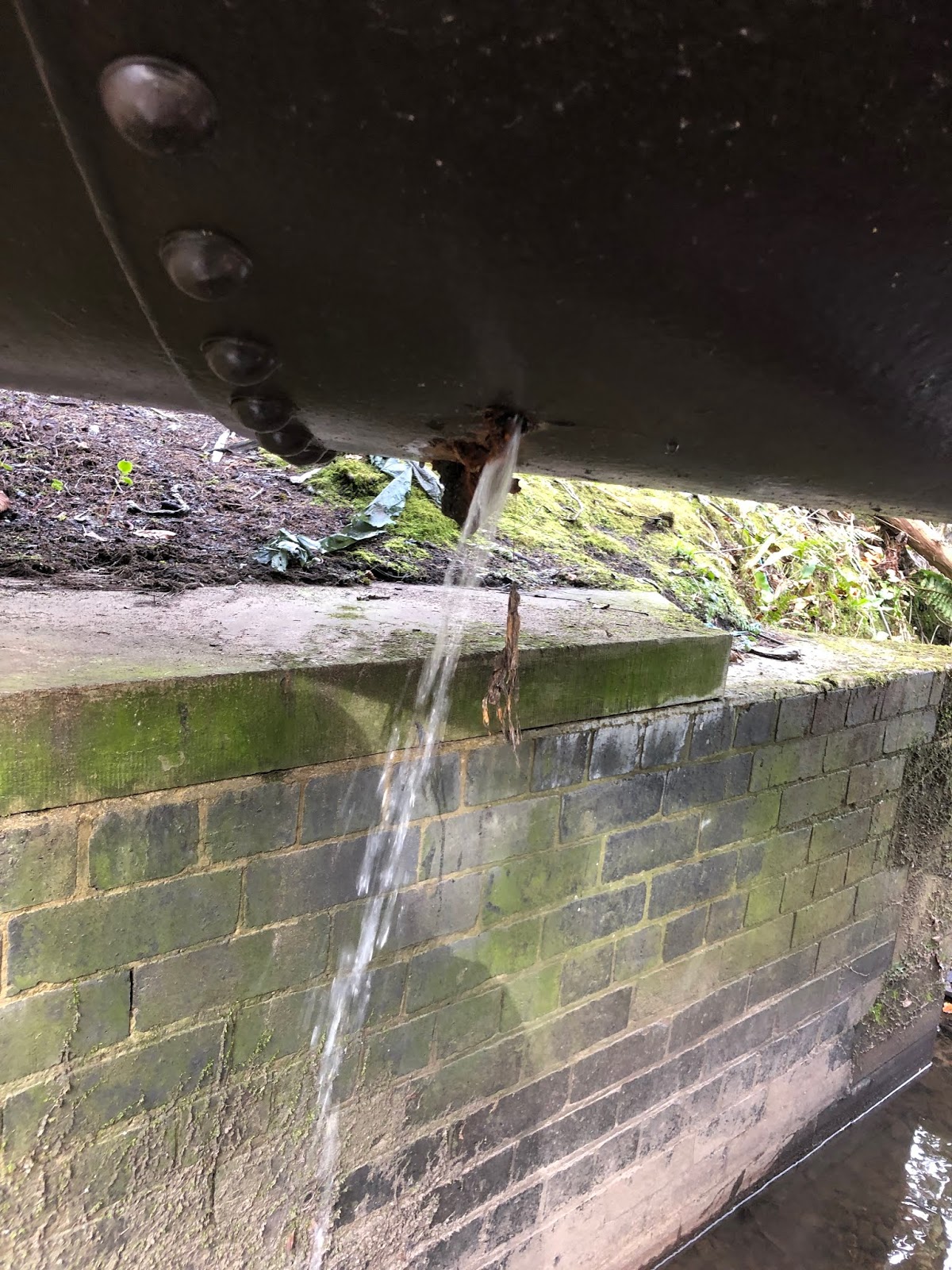 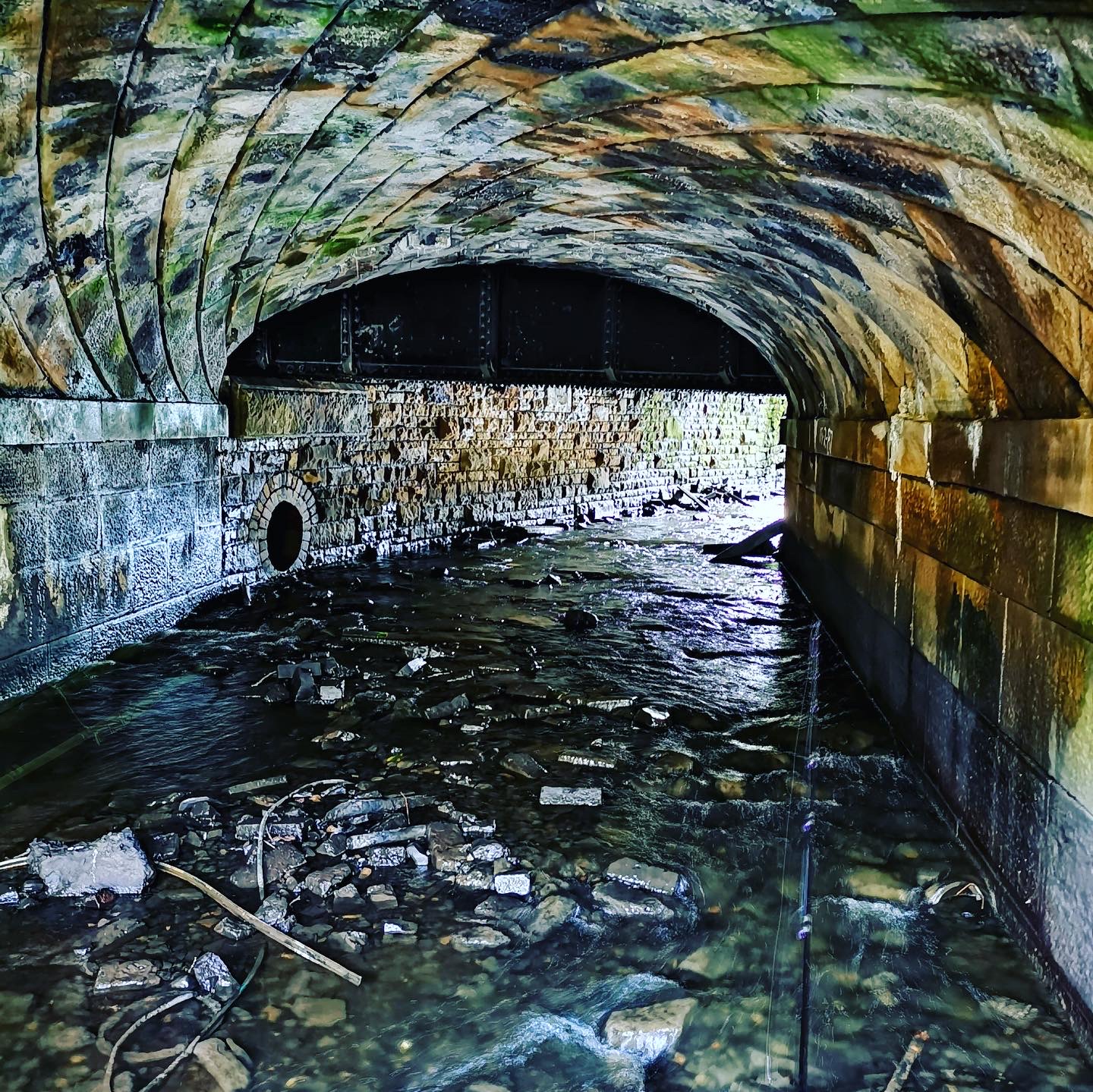