2017 - The year the Irwell 'died' and new rivers uncovered their secrets.

Years are remembered for different thing, you look back in the past and you mention a year and the memorable events that happened that year, and depending on your interests, certain dates stand out more than others. When it comes down to my local river, The Irwell, it has it's own little timeline. 2015 for example will be remembered for the boxing day floods and 2017 will probably remembered for the Irwell pollution incident.

The year for me however didn't start like that. It all started back in February where myself and Mike France had been planning on a Grayling trip in Wales, however the weather hampered us with heavy winds and rain leaving the river high and brown. We had still ventured to Wales just incase it was fishable but eventually ended up on a fishery there. Having never fished on a fishery before it was a different experience, fun none the less and a small observation i made here helped me on the rivers later in the season.

After a trip on the old river and one more grayling change before the trout season opened i was back on the Irwell in familiar territory and was surprised by the lack of fish caught. The river level had dropped but was still murky but with nothing on nymph until the very end of the stretch i wasn't sure if i was just out of form. However the last pool i fished had several fish rising heavily and i caught and landed all but one which snagged me round a rock and pulled free before i could reach it.

That day was the sign i had missed. The fish had been feeding heavily on dries due to the pollution incident hidden in the murky waters, with the third highest river level of 2017 at 3.28m (behind 3.38m and 3.48m), happening the day after i had been on the Irwell alot of evidence would no doubt have been washed away. 'Luckily' 2 weeks later on my return to the same spot with my daughter the evidence was undoubtedly clear. I didn't go fishing for another 2 weeks. Once in 5 weeks, especially at the start of the season, is unheard of for me. With another one happening not long after that i was back out fishing mainly to see what affect it had had on the river. Fishing just above confluences of the Irwell then heading on to the Irwell i would catch fish on the tributary but not on the Irwell bar the odd decent sized fish. They were surviving on minnows.

Across the year i fished on the Irwell below the source of the pollution 3 times, i caught 3 fish. In comparison to last year when i was primarily fishing the Irwell i had 249 Trout in 28 trips. Thats a decrease of around 90%. If you put into account time spent fishing and the distances fished then it would be higher as i would usually go home after a good couple of fish.
I fished upstream of the pollution once this season and got 4 fish. That was more fish in one day than i had on the Irwell in 3 days, across a couple of hundred metres of uncharted water, and it should of been more had i had them take the dry as often as they rose.

However the pollution helped me meet Graeme Barber, also affected by the pollution on the Irwell, we soon were out on different rivers each time looking for new waters to fish, find out what was hiding in long lost sections of river. I learned how to streamer fish effectively thanks to both John Tyzack and Graeme. I took my daughter out more and she became a such a strong little angler. I also managed to have one last trip out with Mike before work took a hold of his time but discovered a new go to fly for my fly box. The 'Bendles Bug'. I enjoyed days out catching small trout with Arthur Hamer and helping him catch a PB for himself. I got stuck knee deep in silt and fell in the river 3 times. Not the best when you can't swim but all good fun!

Now, mine and Graemes explorations took us on both good and bad rivers across the Greater Manchester area and sometimes beyond. On some rivers our fish would average 2lb+ but the amount of small fish would be worryingly small, while on some rivers the amount of small fish was astronomical. It didn't matter to us, we did love the big trout, but we enjoyed catching any fish even a small perch on a streamer. Sometimes just seeing the fish on the sections of river we explored was a good sign, thus maybe a little frustrating especially on the Medlock.

Come the end of May i caught my PB trout at 25inches, my daughter was the filmographer and camera lady for that one. I cast to a rising fish for it to be a small trout, only to find a fish still rising in the same spot. It would a beautiful wild brownie and what better more to share that moment with my daughter who turns out can take a decent picture at 3.

Our explorations took us into dark under city tunnels and drains. Into rag filled rivers and alongside rubbish tips. We visited the ugliest areas of river you could imagine, but the trout that lived among it would be some of the best marked fish we would see. We visited beautiful sections of river, all wild and grassy, trees over hanging and would blank. The rivers around Manchester are fish no book can tell you how to catch, only experience from doing it will help you catch. I saw the same big trout 6 or 7 times this year, in the same spot doing the same thing. Could i catch it? No. Is it a PB? More than likely.


As the season came to an end it had been a good year overall, but a bad year for the Irwell. I will no doubt go to my usual haunt with Graeme to see if the fish have recovered even partly. But we also have 100 more spots to try on other rivers that we still haven't explored. Our map of the urban rivers around us is growing after seeing what fish live in it has made us want to explore even more water that you just wouldn't think something lived there. Don't get me wrong, some rivers were exactly that, or at least them sections.

I ended the year typically and how it had began. With Mike France chasing Grayling. It was snowing at this point though. Reaching the river it was a call to the EA, an riverwide oil like slick covering the surface. Thankfully it went after half hour or so but it shows us how much of it goes by unnoticed.

Looking at the stats for the years catches, i caught 157 fish on new or distant rivers. 75 of them being Grayling. But my overall catch rate dropped to 6.1 across the year, the lowest since i started fishing back in 2015. That being a mixture of the Irwell failing and new sections of river not living up to their expectations. Throw that in there with the fact i caught 30 in one trip shows how hard it has been despite all the positives. I haven't caught a single minnow all season, i had caught 38 in 2 years, but not one in 2017. I have seen them in small numbers and small size. But they are there and will hopefully recover next season.

What will 2018 bring? Well hopefully no more pollution, well i should rewrite that, no more pollution that has a negative affect on the rivers populations. Whether it be plant, fish or insect. (Unless it just kills hogweed, knotweed and balsam). My daughter has a new pink fly rod, a new pink fly reel thanks to Michael Duddy. New wellies and a pink waterproof coat. I need to tie her some pink and purple flies and get her a pink fly line and she's sorted for the season. I myself haven't thought about what i am going to do this season my concentrations have been on where.  I think i will buy a small kick sample kit to test and mark results down each time i go. It will possibly help detect pollution events that i may have missed had not all the cray fished died. 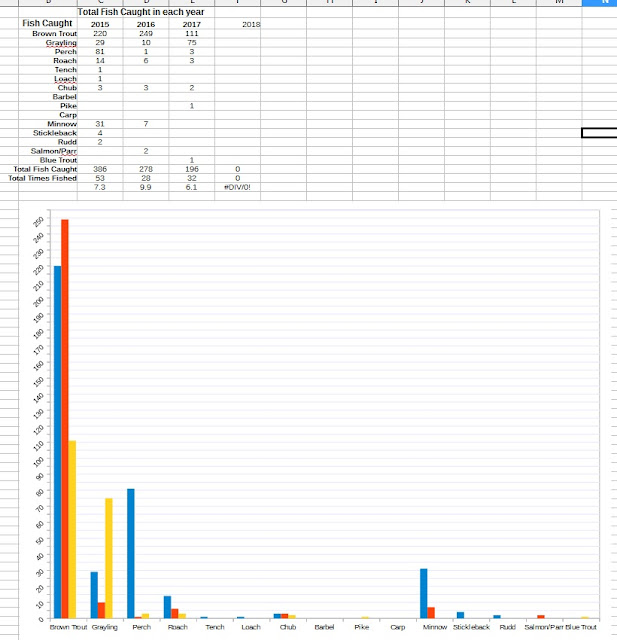 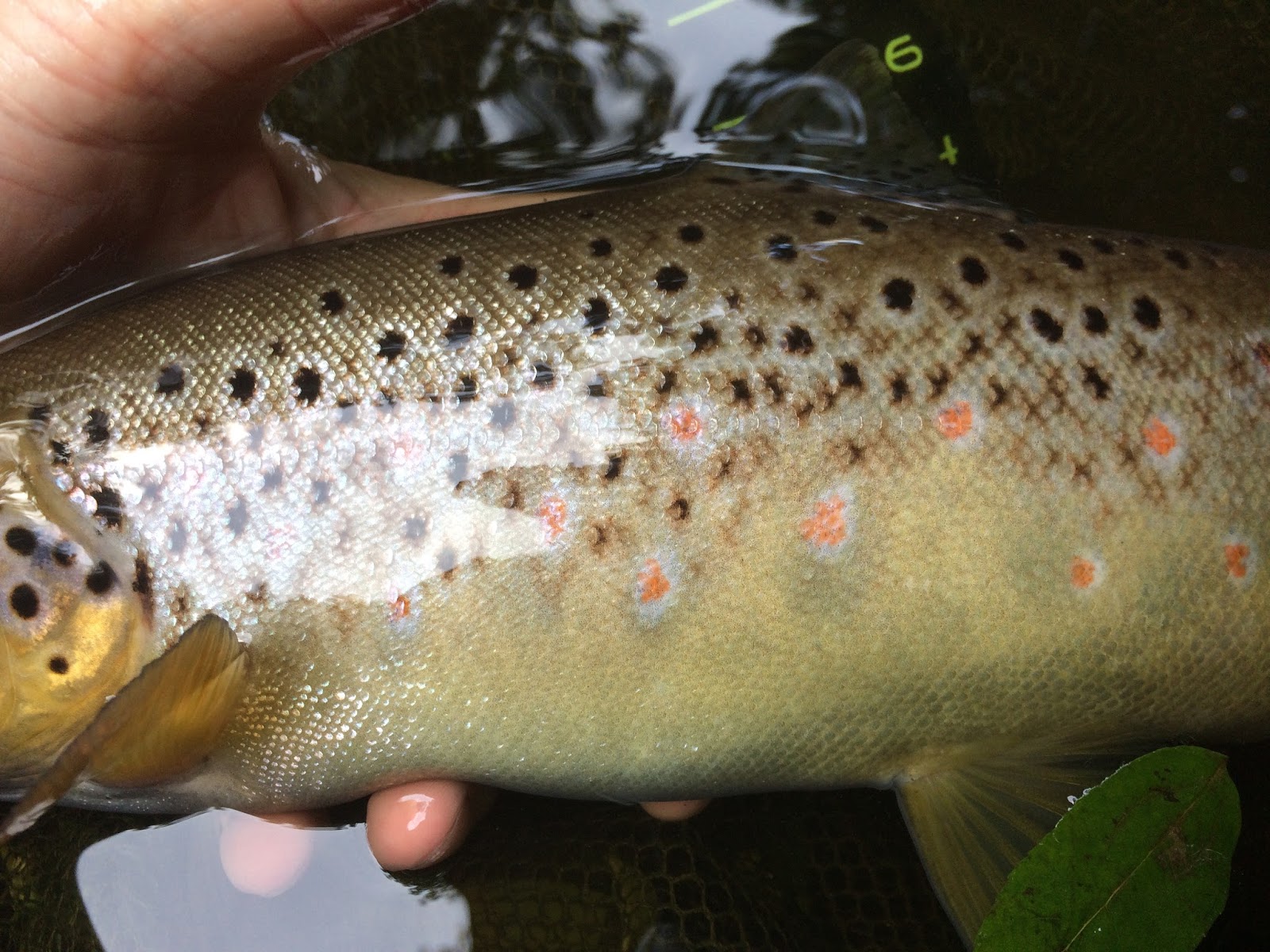 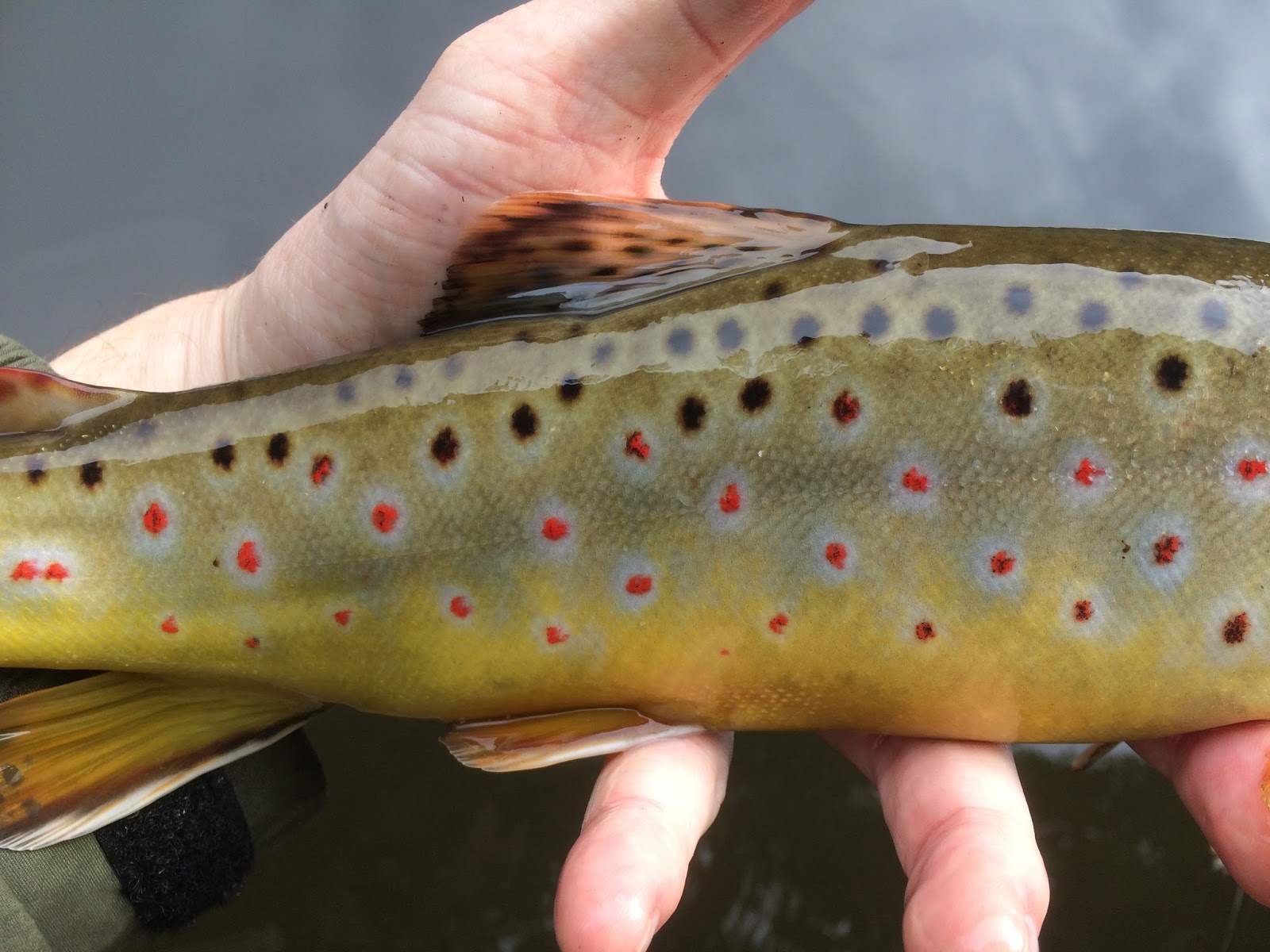 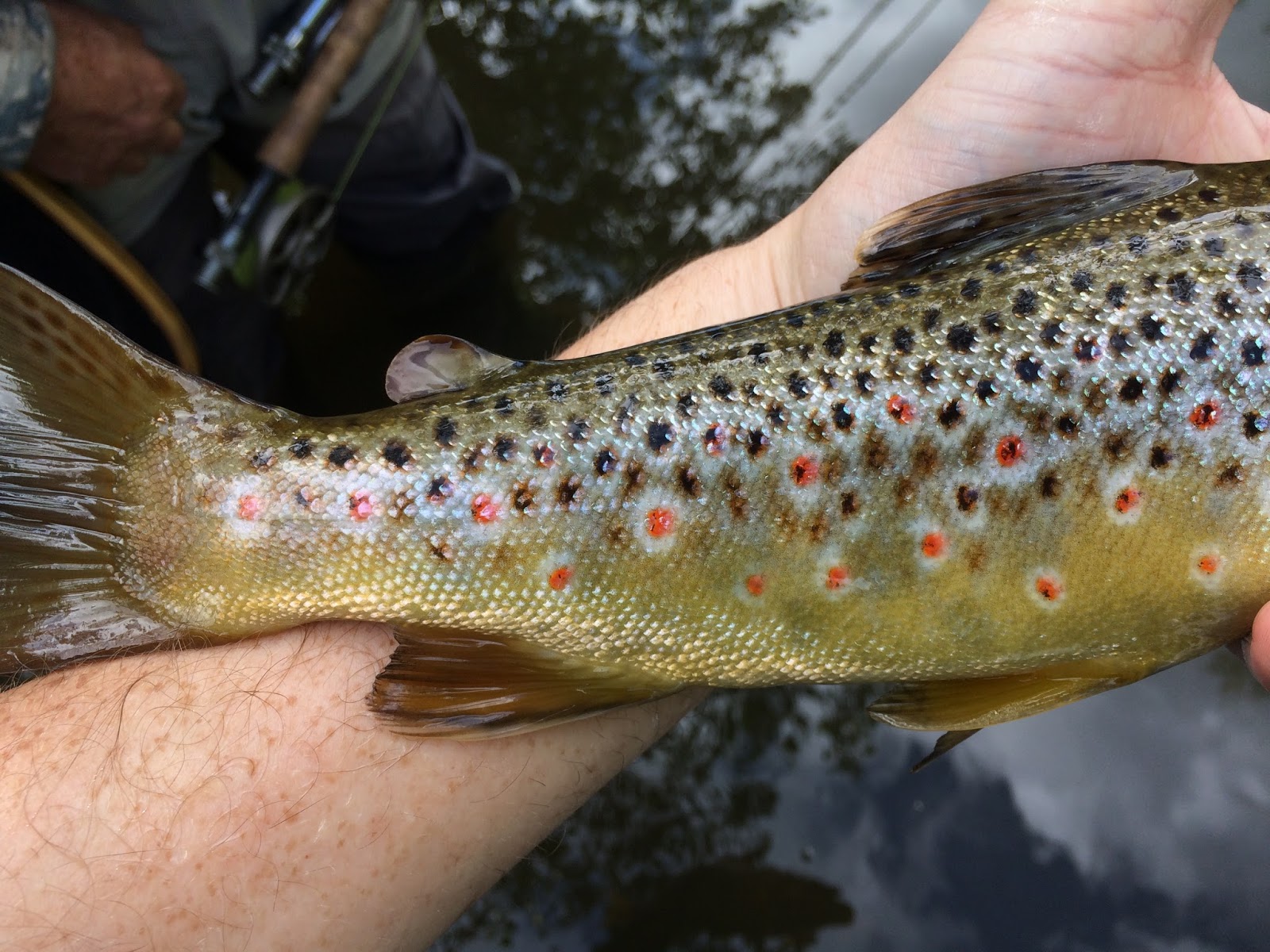 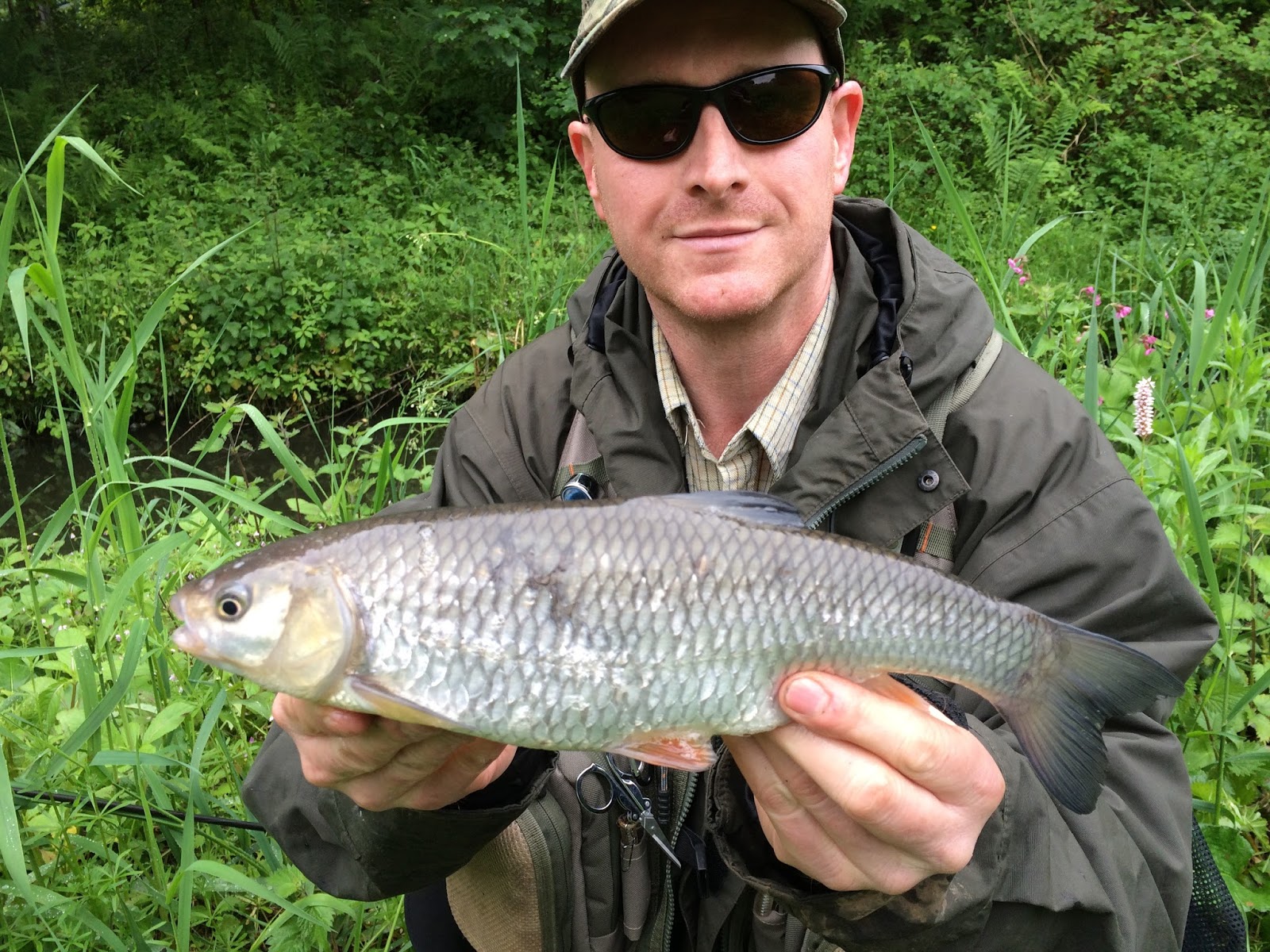 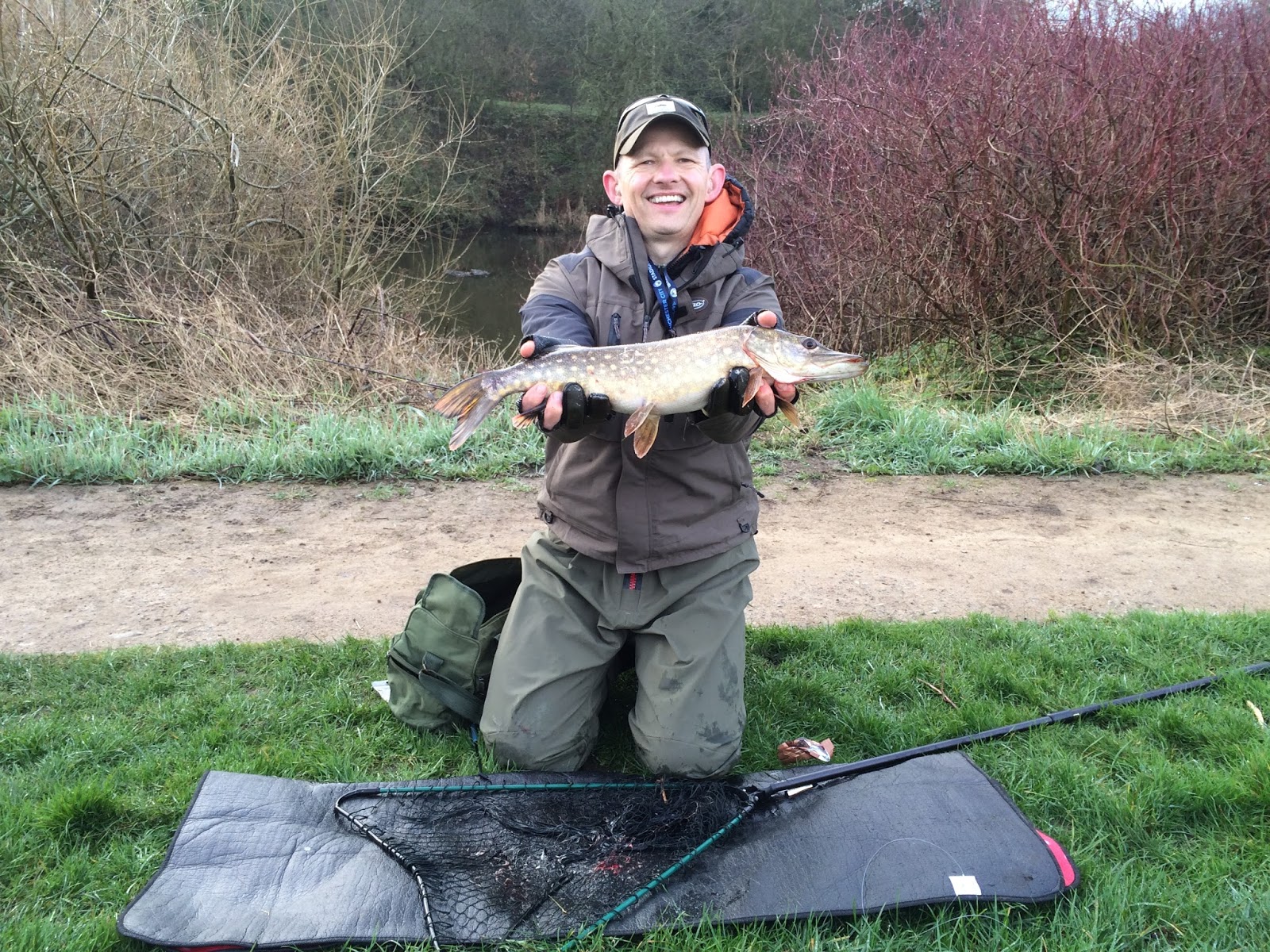 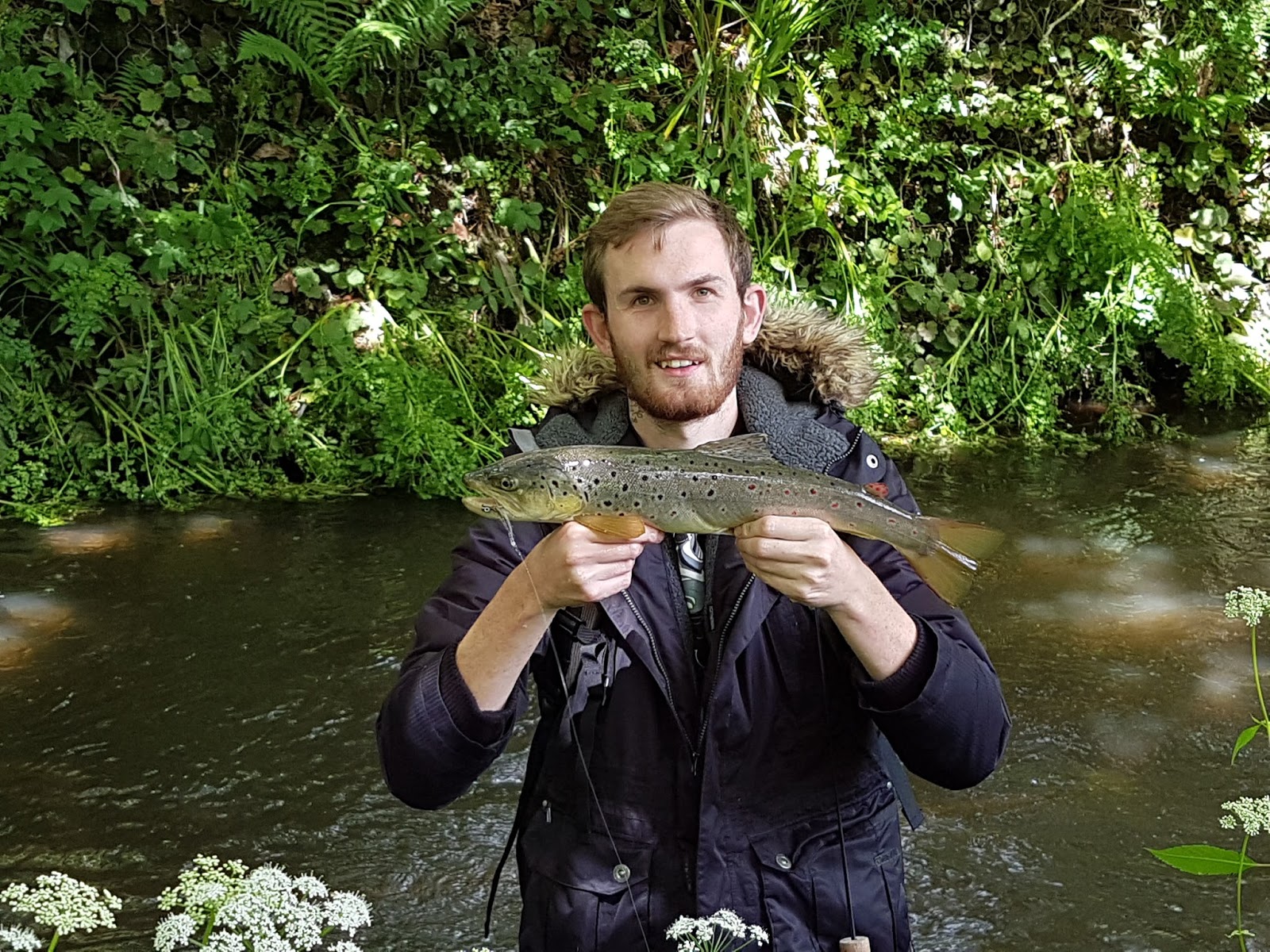 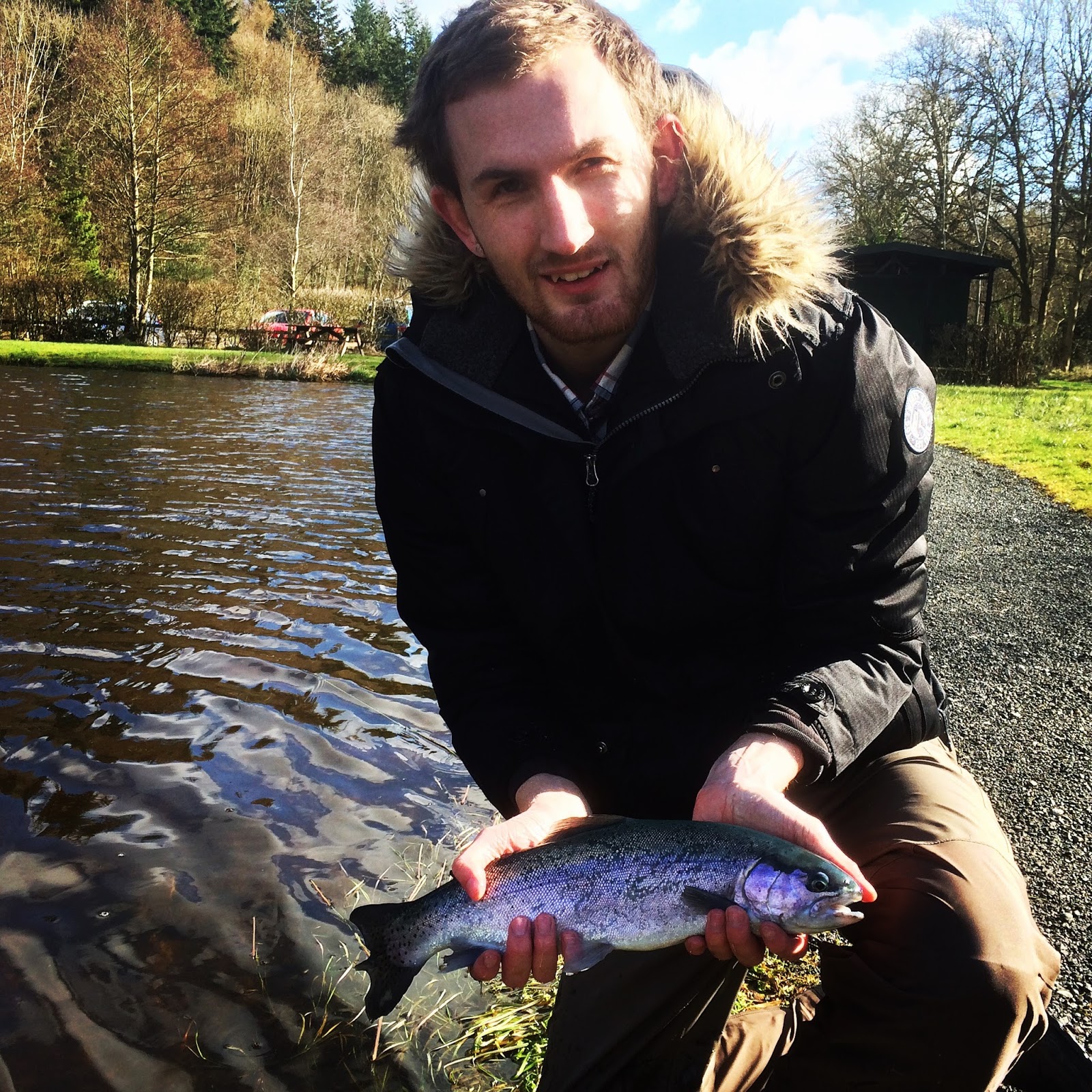 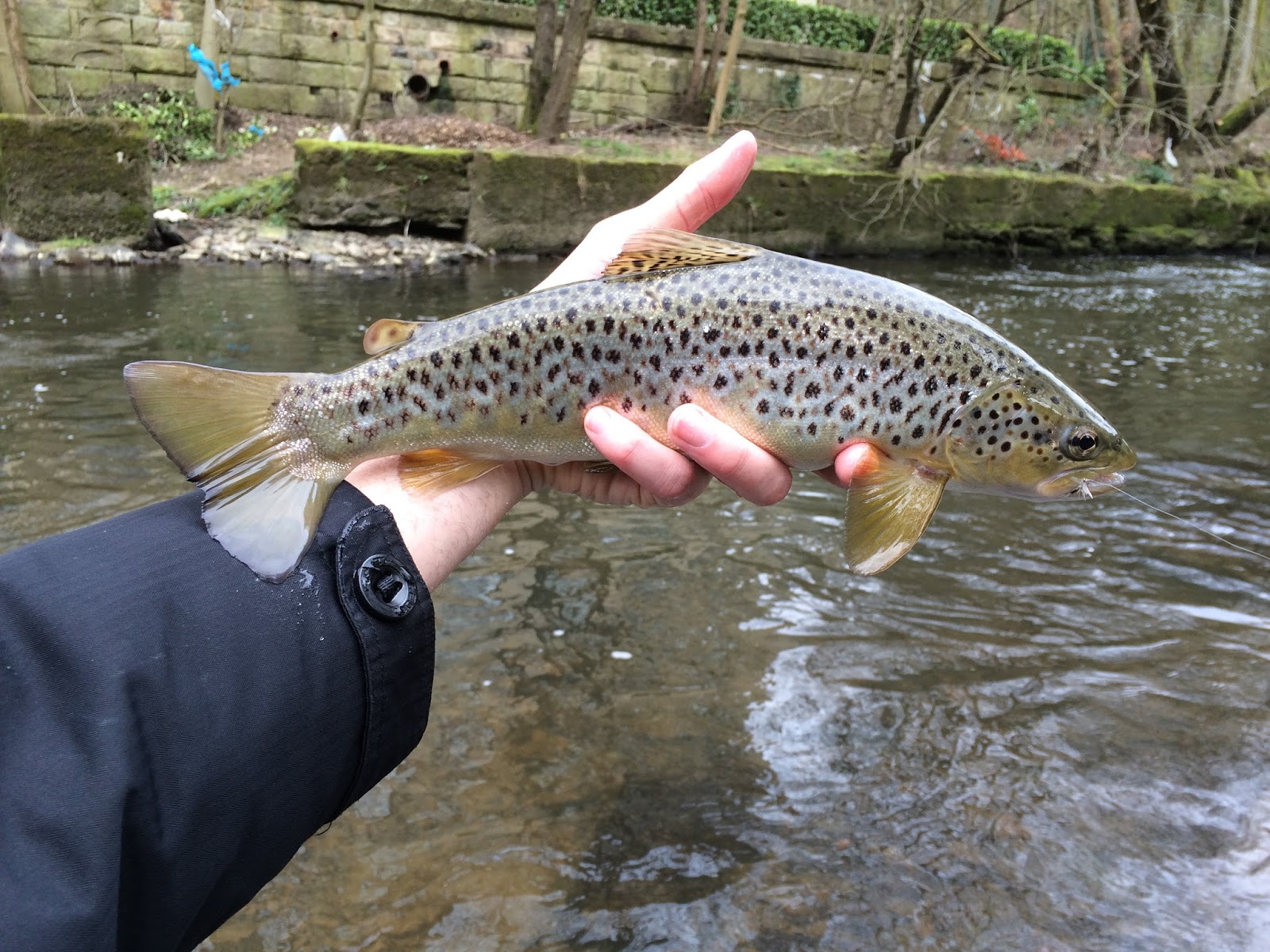 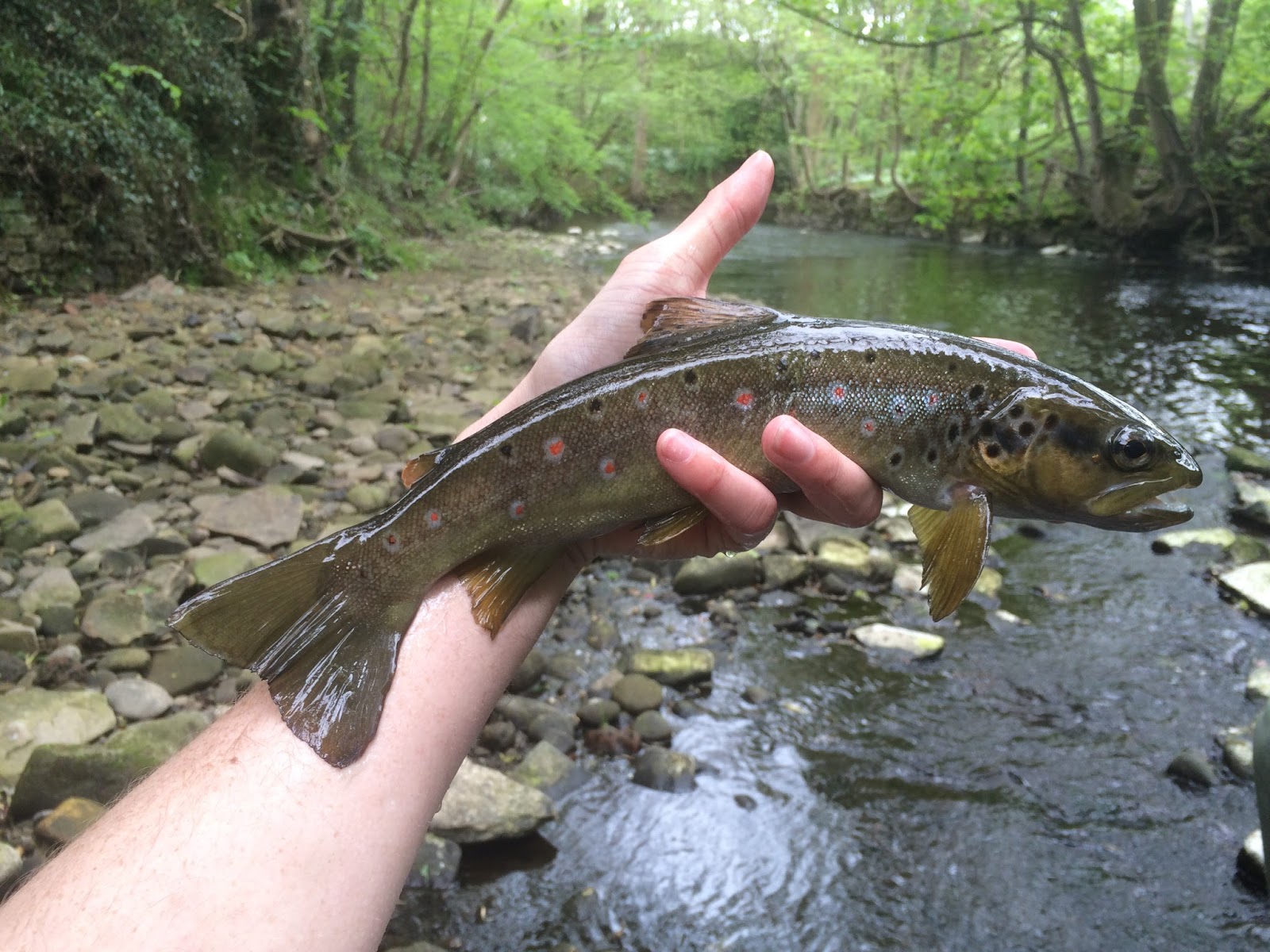 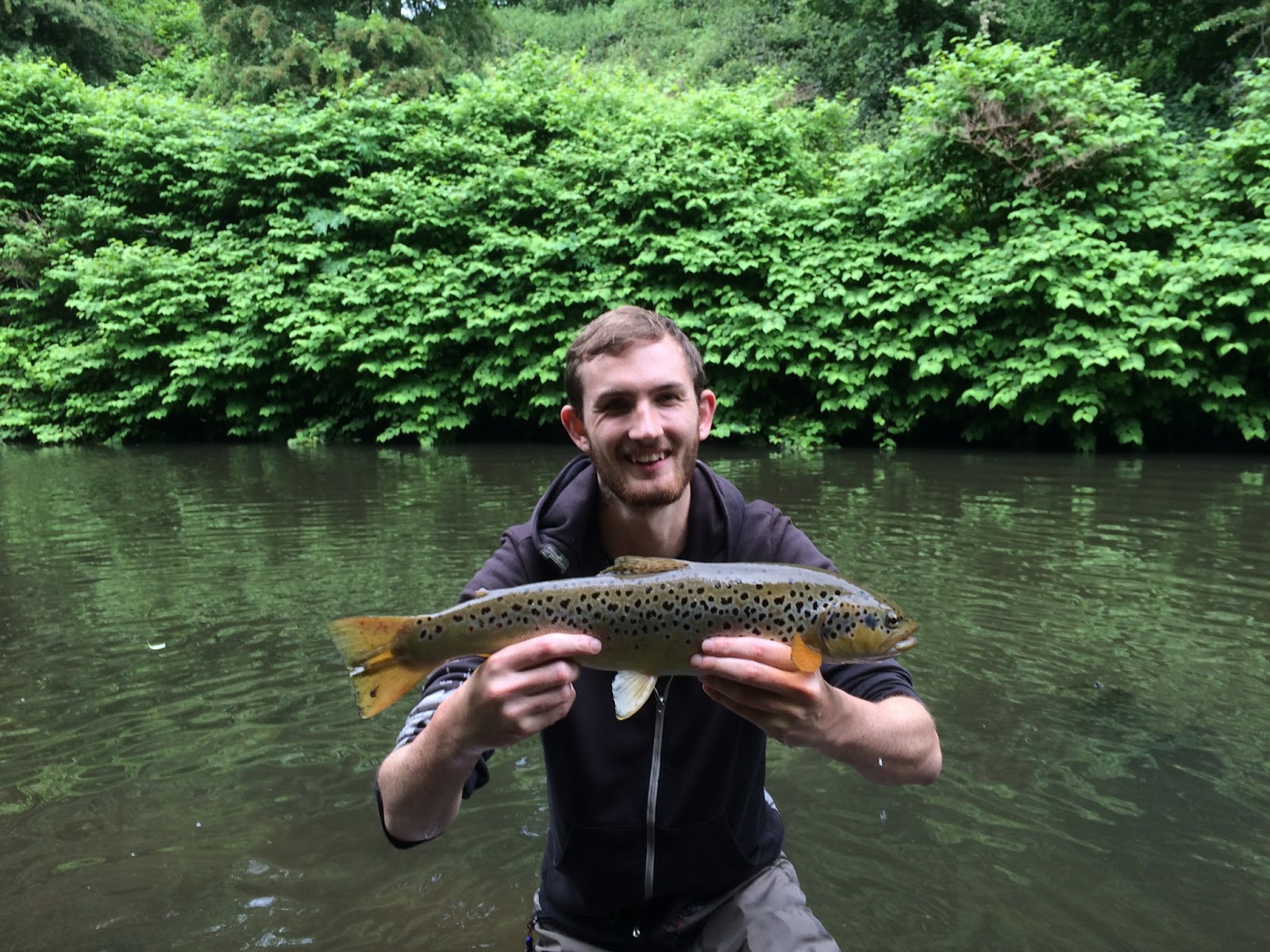 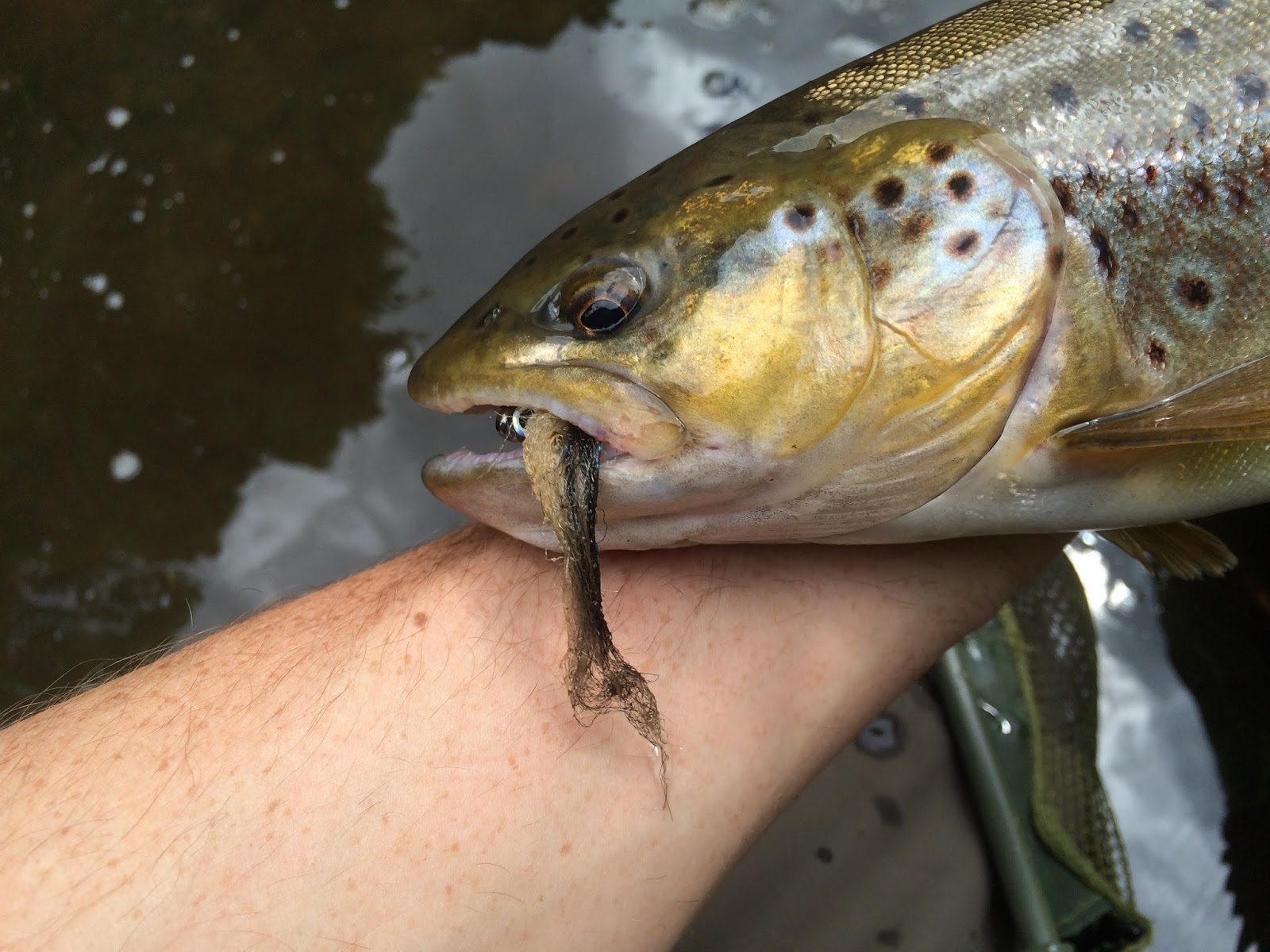 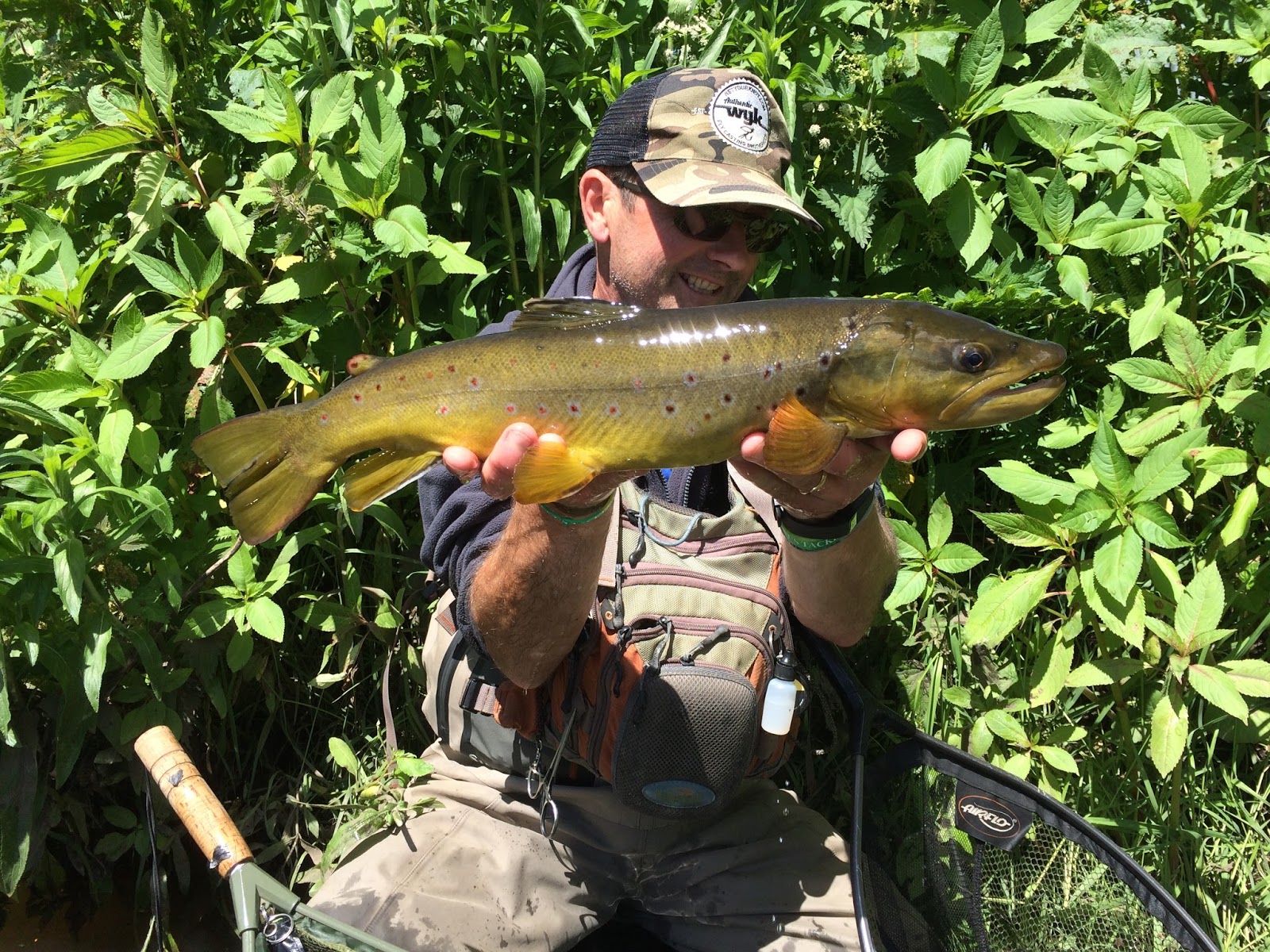 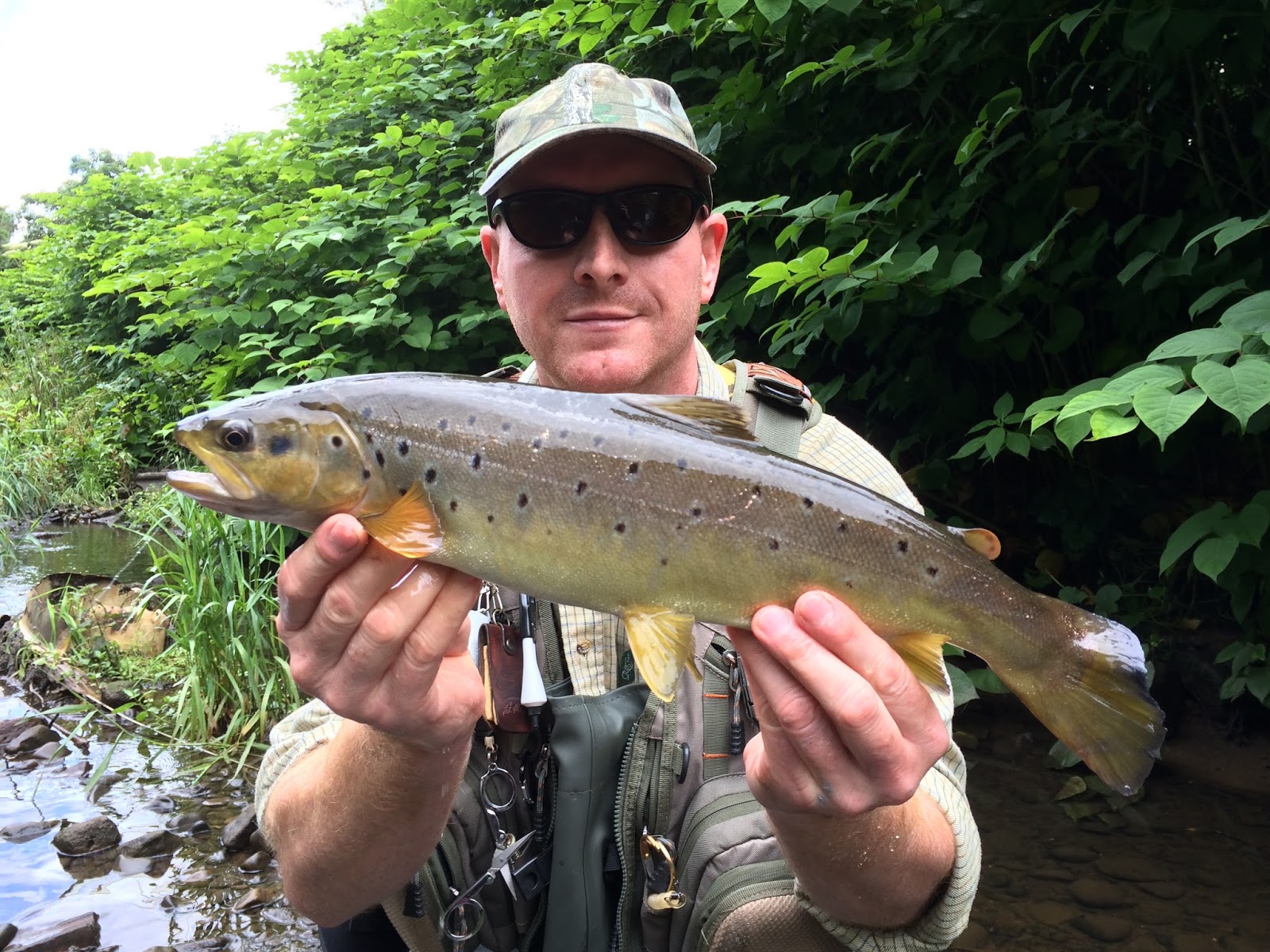 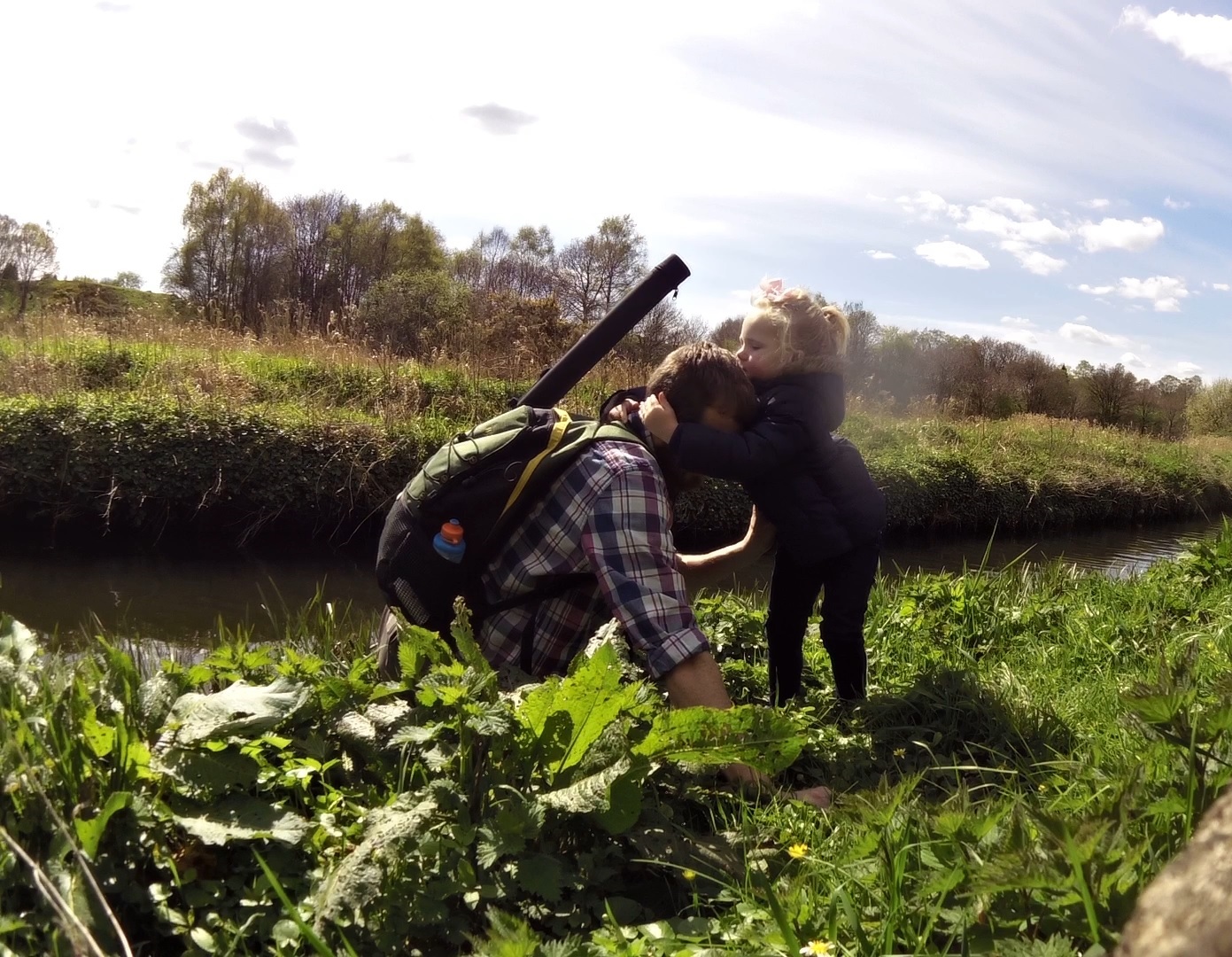 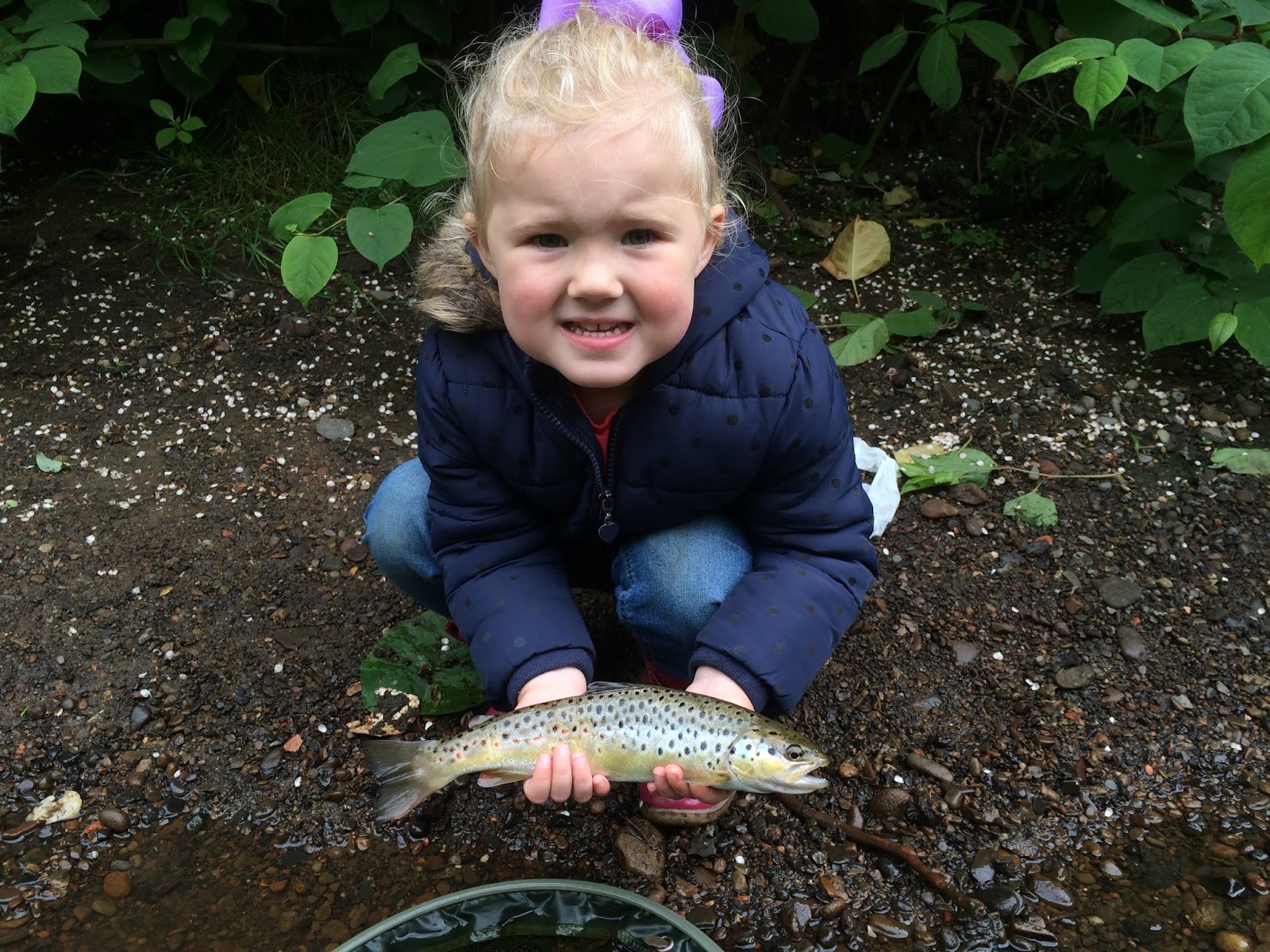 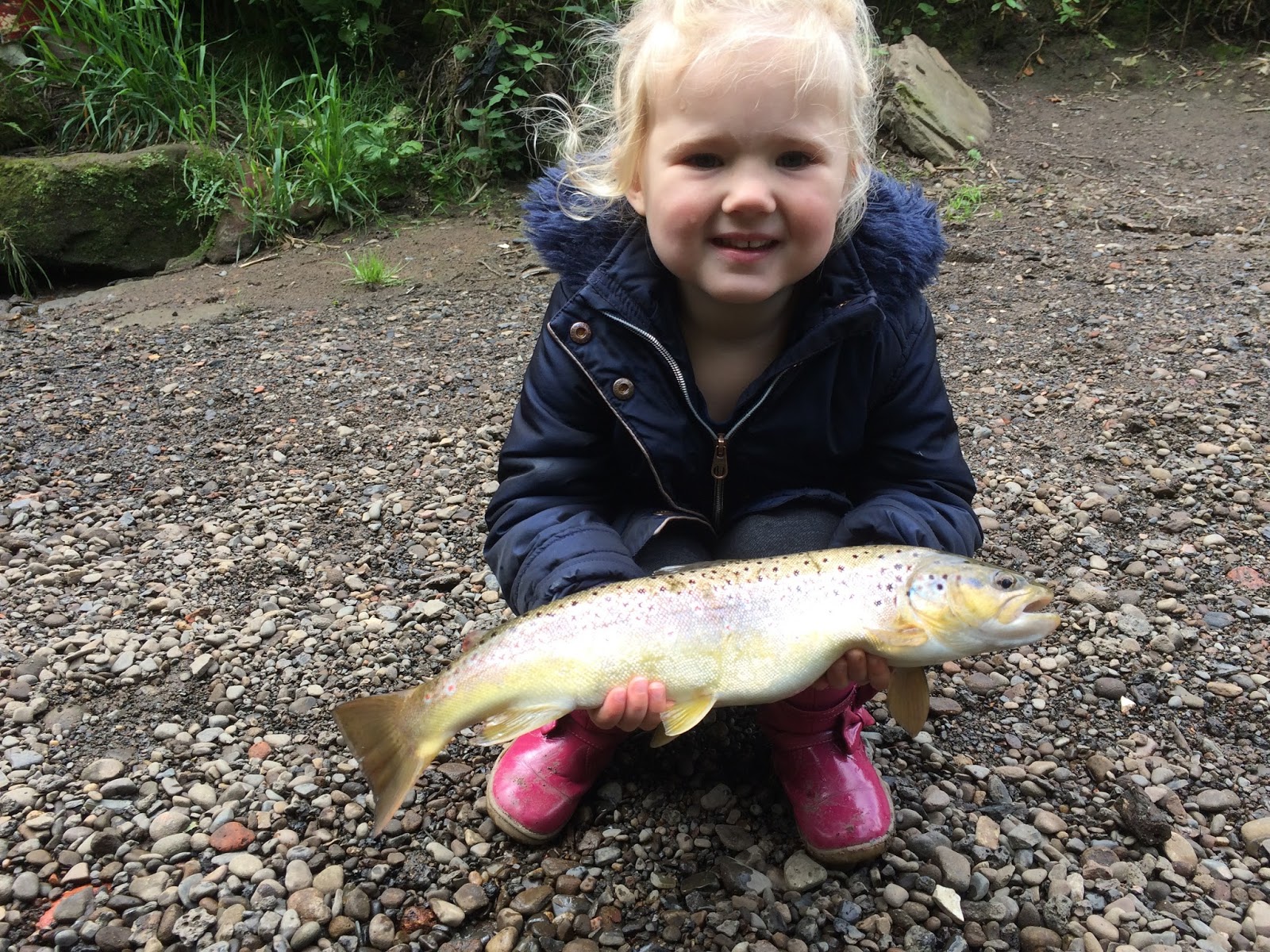 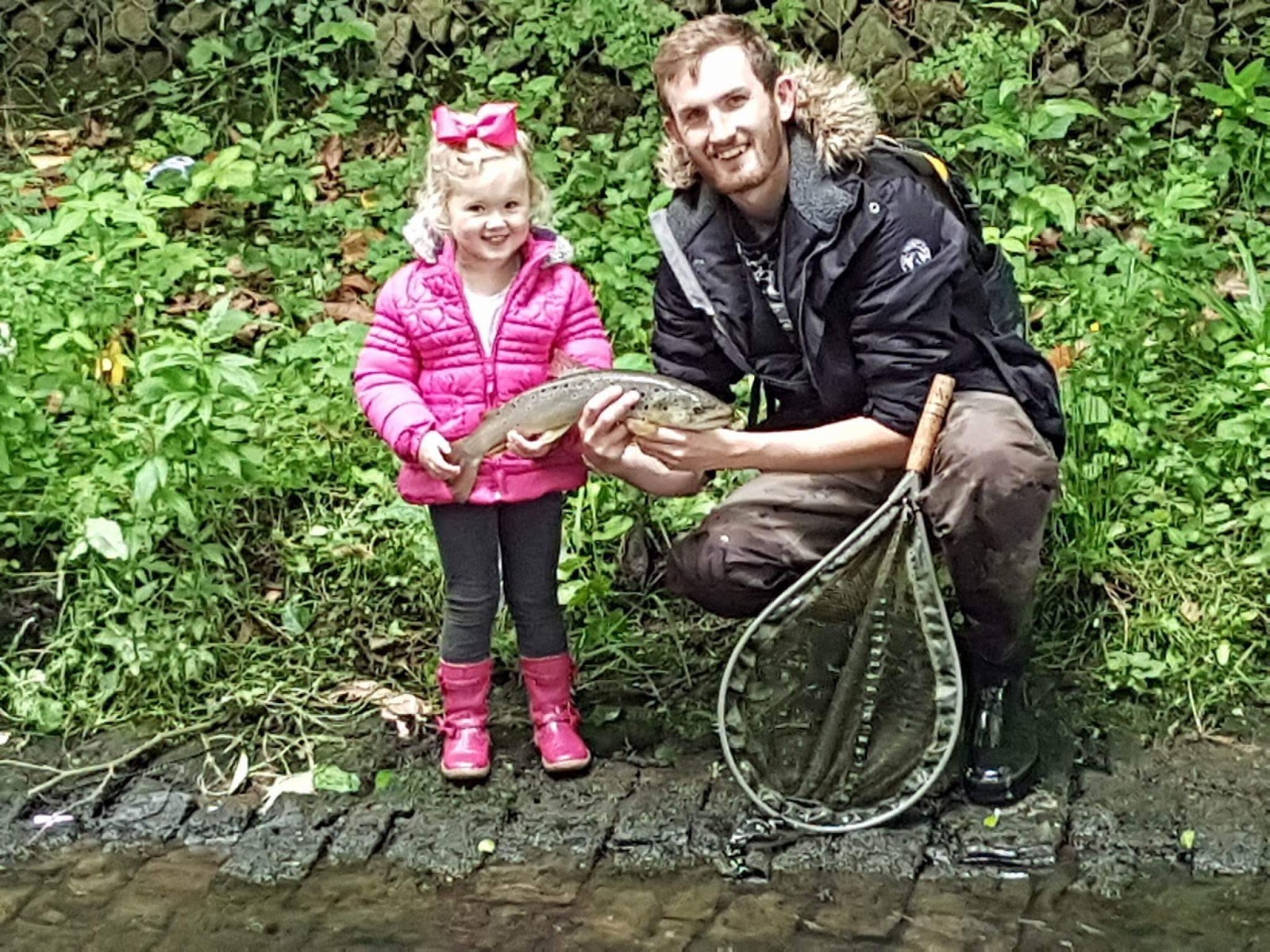 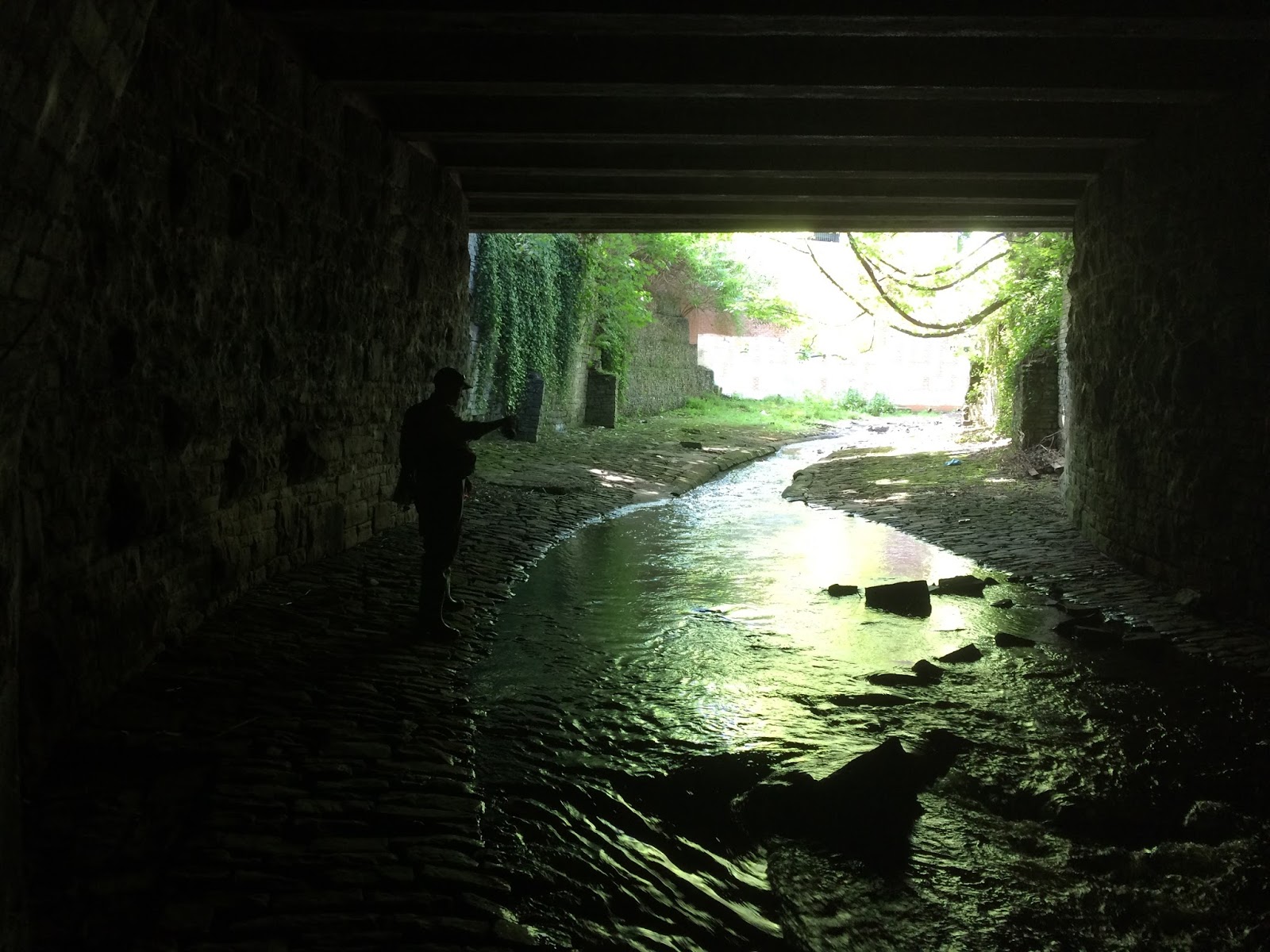 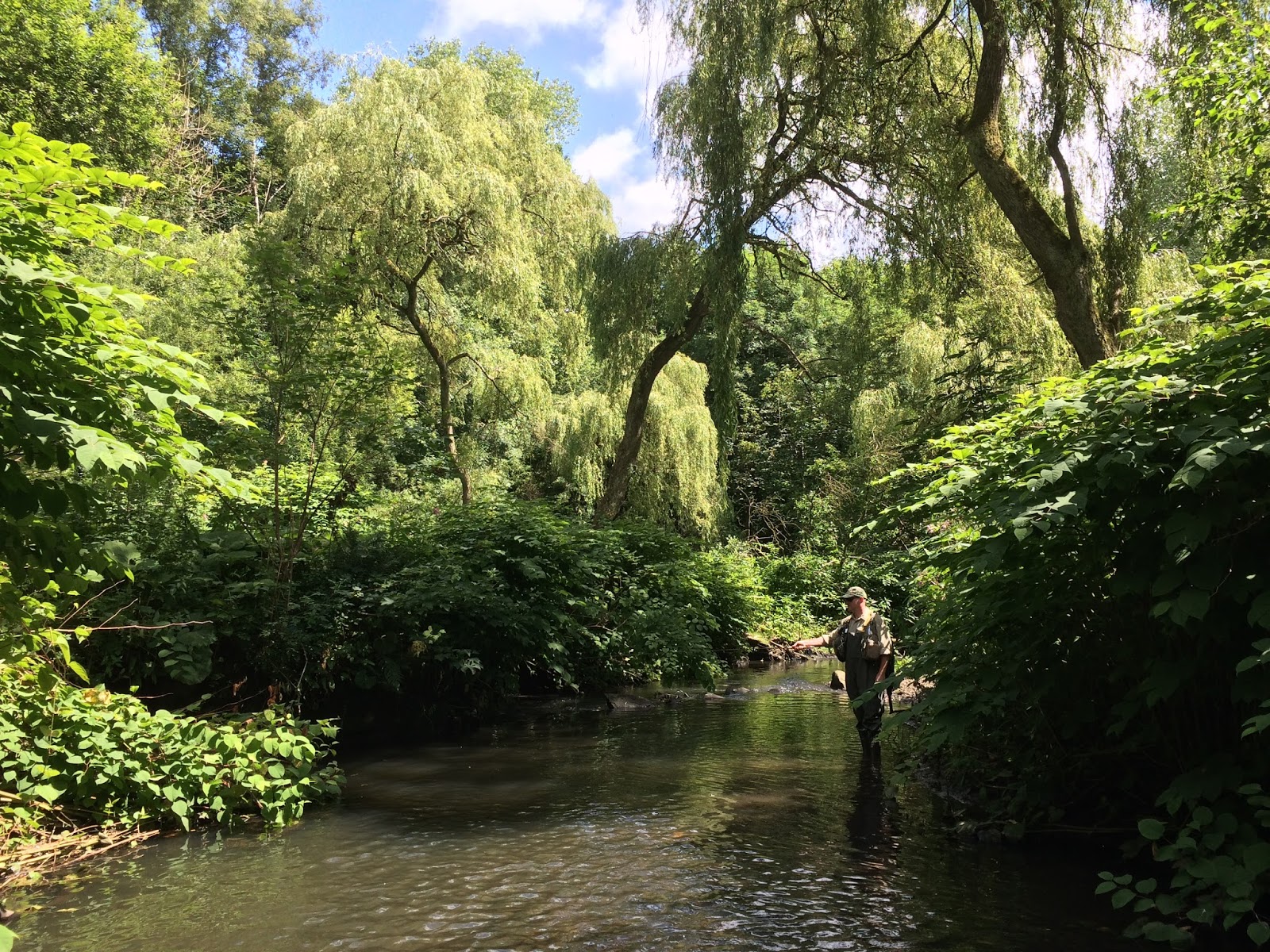 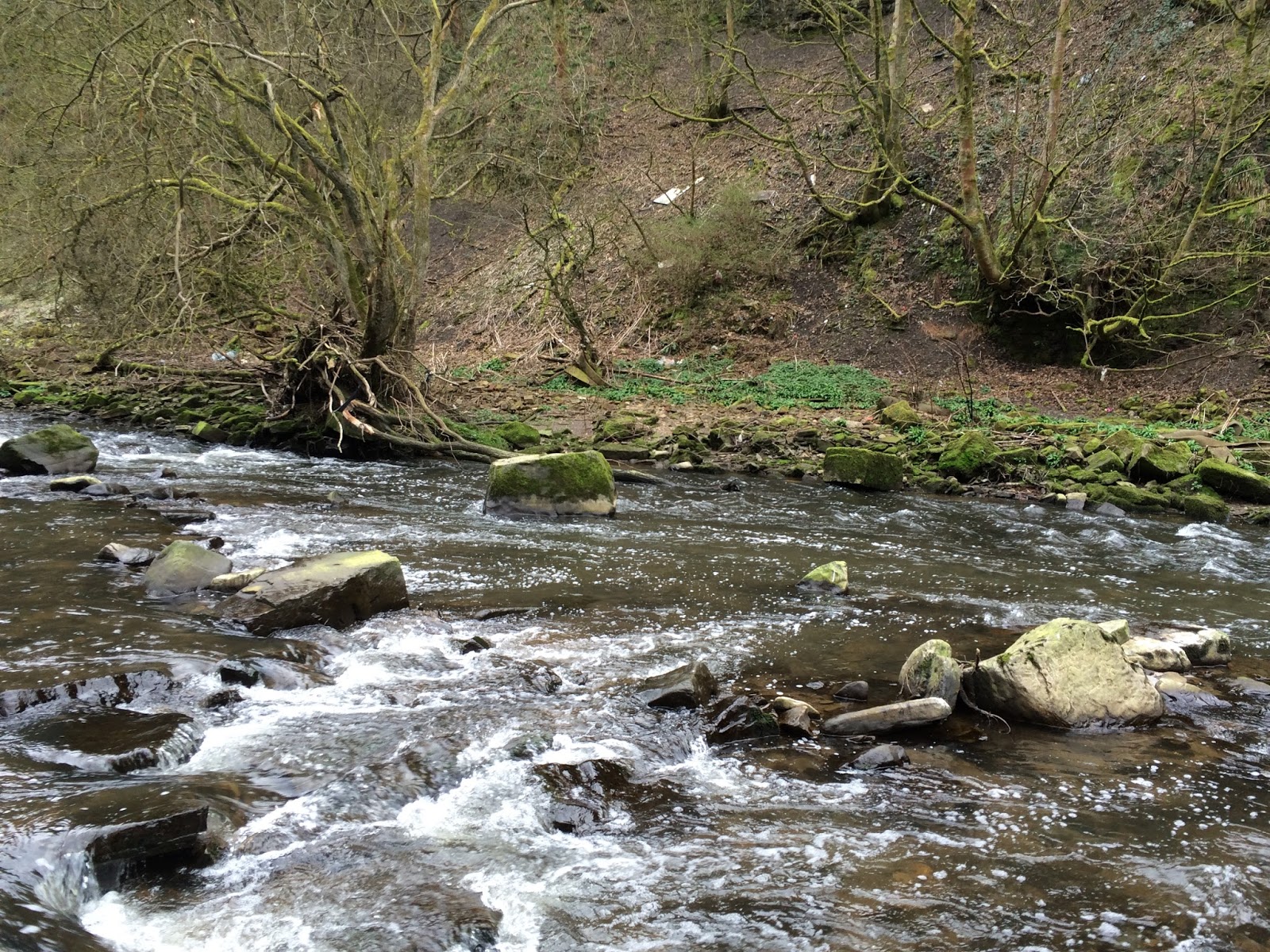 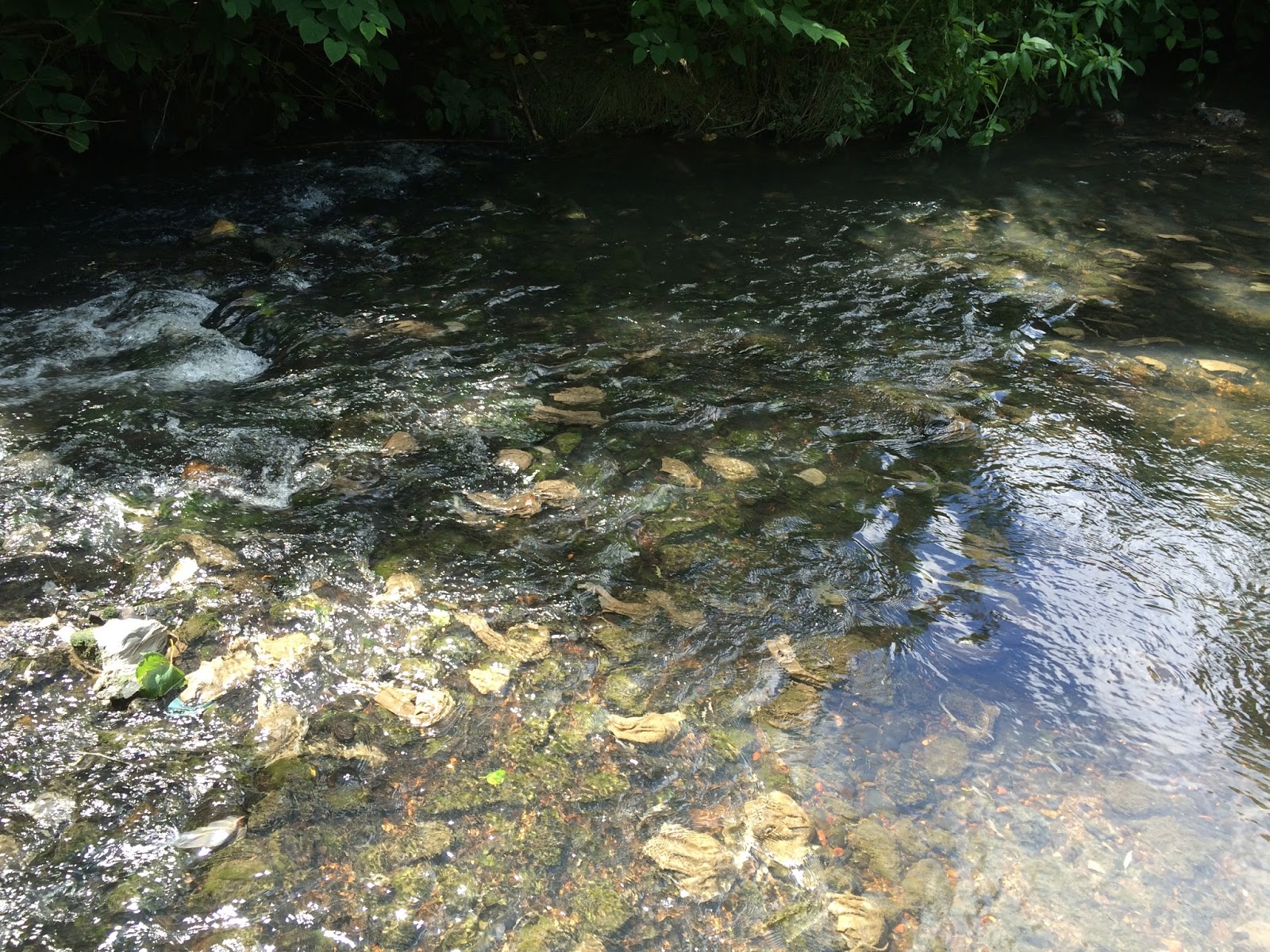