Back on the Grayling - Fly Fishing

After a tough year chasing trout and scouting new rivers due to a polluted Irwell it has been a tough year despite some very good fish caught. I do love a big trout but in all honesty i would happily catch small trout forever on a healthy river than one big trout on a river barely hanging on.

But with the trout season over and without a rod in my hand for 3 weeks, Graeme decided to treat me with a trip out to see some lady friends. That's right, Grayling! So off we went early doors as i had to be home before 5 as the Mrs was going out in the evening and we was lucky enough to have good weather. The river level was up but dark and clear and look immaculate on arrival. Bar the 2.4 million leaves it should of been a good day!

In fairness it was a good day, being a private water it was well kept and we was pulling plenty of fish out along the whole stretch, despite being behind 3 other anglers! With a mixture of banter and fish to go with it was a much needed rise in morale for the long cold winter ahead. We would likely come here again when all the leaves had fallen as they were becoming a problem as the wind picked up during the day.

On another day we could have easily hit triple figures but being behind 3 other anglers made it tough but we still managed 60 between us, around a dozen out of season trout making an appearance. Nothing big showing unfortunately but fun none the less! 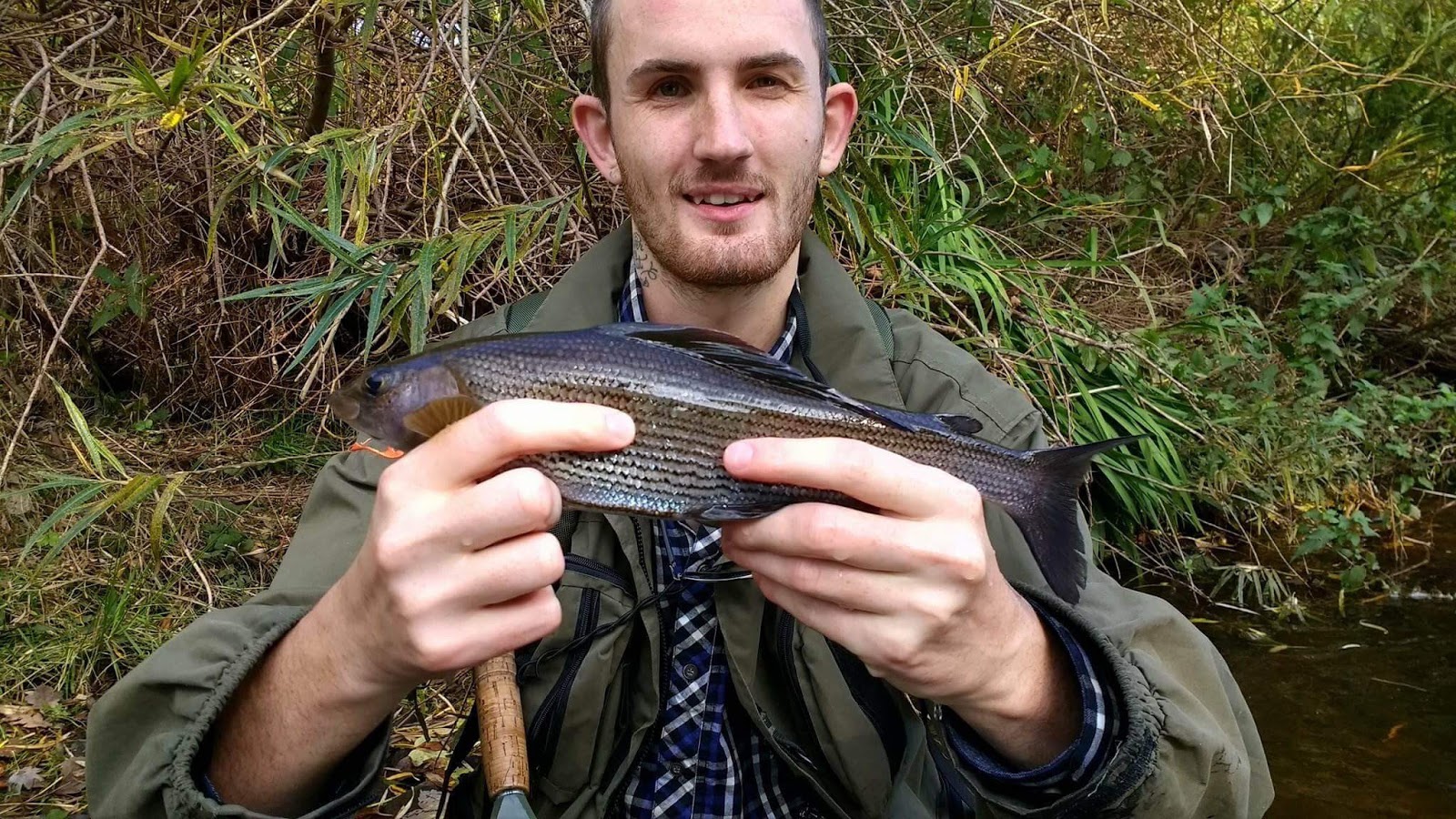