It has been a while since my last blog, over a month now and that has been for a couple of reasons. Firstly i am haunted by the final comment i made in my last blog

"In all it turned out to be a good day, despite the difficult start, i guess the nymph life at the moment wasn't strong enough to hold fish feeding under the surface and they were waiting for olive-o-clock."
It was only a week later that i returned with my daughter to catch some fish when i came across the pollution incident that has been in the papers and on the regional news. The crayfish bodies that were hidden in the murky water that week before were visible after a week of sun and it became evident that something was wrong. Was i naive the week before, there was no nymph life the week before which explains why the trout were so heavily feeding on the olives that, i presume, were coming back to lay eggs. Without the crayfish death on the scale it was would i have noticed it? I tend to kick sample but the week i took my daughter on our way to our kick sample spot, i always use the same spot, she grabbed a tree branch and it flicked back and cut under her eye so the kick sample was taken off the agenda. It's a funny thing, blaming yourself for not spotting something sooner, for something you didn't even cause but it certainly pissed me off.

With it all reported to the EA they're a few thoughts i would like to inform people about the whole situation based on the facts.

Almost all invertebrate life was wiped out, from up near the pollution source to burrs, a distance of 10 miles, kick samples results were down 99%, that is a catastrophic reduction in the amount of food available.
This in turn will force bigger fish to feed on minnows etc and those will bully smaller fish off food sources, so big fish will probably stay big and people will continue to catch big fish, or well, they will catch well fed fish. What you will find difficult is trying to catch small fish.


Another point made, especially after the other pollution we had following the first, was a question i asked the Lead Investigator. I asked if all traces of the pollution had gone and he said no, in slower water and in back eddys especially, the pollution will have settled. With the weather being how it is of late, we need a heavy rain spell to flush the river through which will also help push invertebrates down from the tributaries into the main river.

There were dead fish found, bullheads in fact, but these were not analyzed, as living fish (fry) were found in the vicinity. Now i am not sure on how effective that thought process is as minnows and fry don't spend their time on the bottom all the time like bullheads. Crayfish and bullheads would of been hit heavily by the pollution in my opinion and after the first signs of the pollution incident which i failed to notice we had our heaviest rain of the year at over 3m. That would have washed alot of evidence away, plus at the rate the crayfish were eaten, shown by the number of claws left on the rocks after birds and mink ate them, you can expect the dead bullheads would have met the same fate.

Now onto more positive news. I have been fishing, with it being the Easter holidays i have mainly been out with my daughter who's fishing abilities have increased dramatically, the key thing however is she enjoys it, laughing and smiling and even getting upset when we let the fish go.

I also went fishing the other day, on my own, with the plan to fish a tributary of the Irwell and then the Irwell itself, I fished 350m of a tributary and 400m of the Irwell. What differences did i find? Firstly rising fish, i saw 4 rising fish on the the tributary and caught 7 fish, missing 2 and losing 1. On the Irwell i saw no rising fish and caught 1 trout, it was 44cm long and was well fed. I caught it in a small pool were the majority of water pushed through due to a large exposure of bed rock, it basically caused a 20-30m wide section of river to flow through a 3m wide pool.

My fishing has become more of an analysis after this pollution and i am hoping to catch some small fish to see how they fare, but it is still enjoyable despite the odds. Well i think the biggest frustration is the amount of slime on the rocks, wading at the moment is like walking on ice, but other than that it is fine. I can only hope the river recovers soon and that process will be fine as long as nothing else, that has a detrimental affect on the river, happens. It will be 'nice' watching the kick samples improve but it won't happen over night. 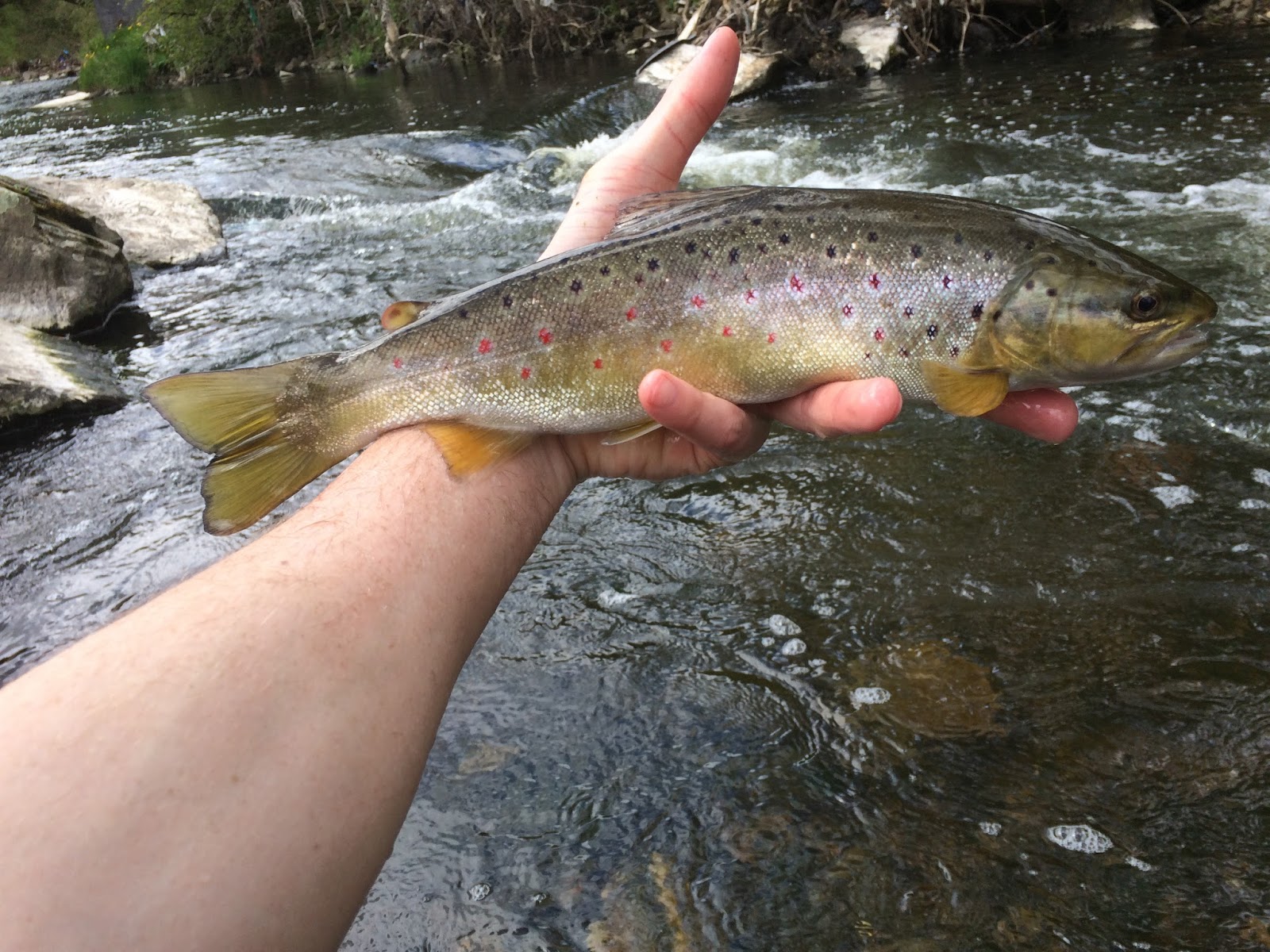 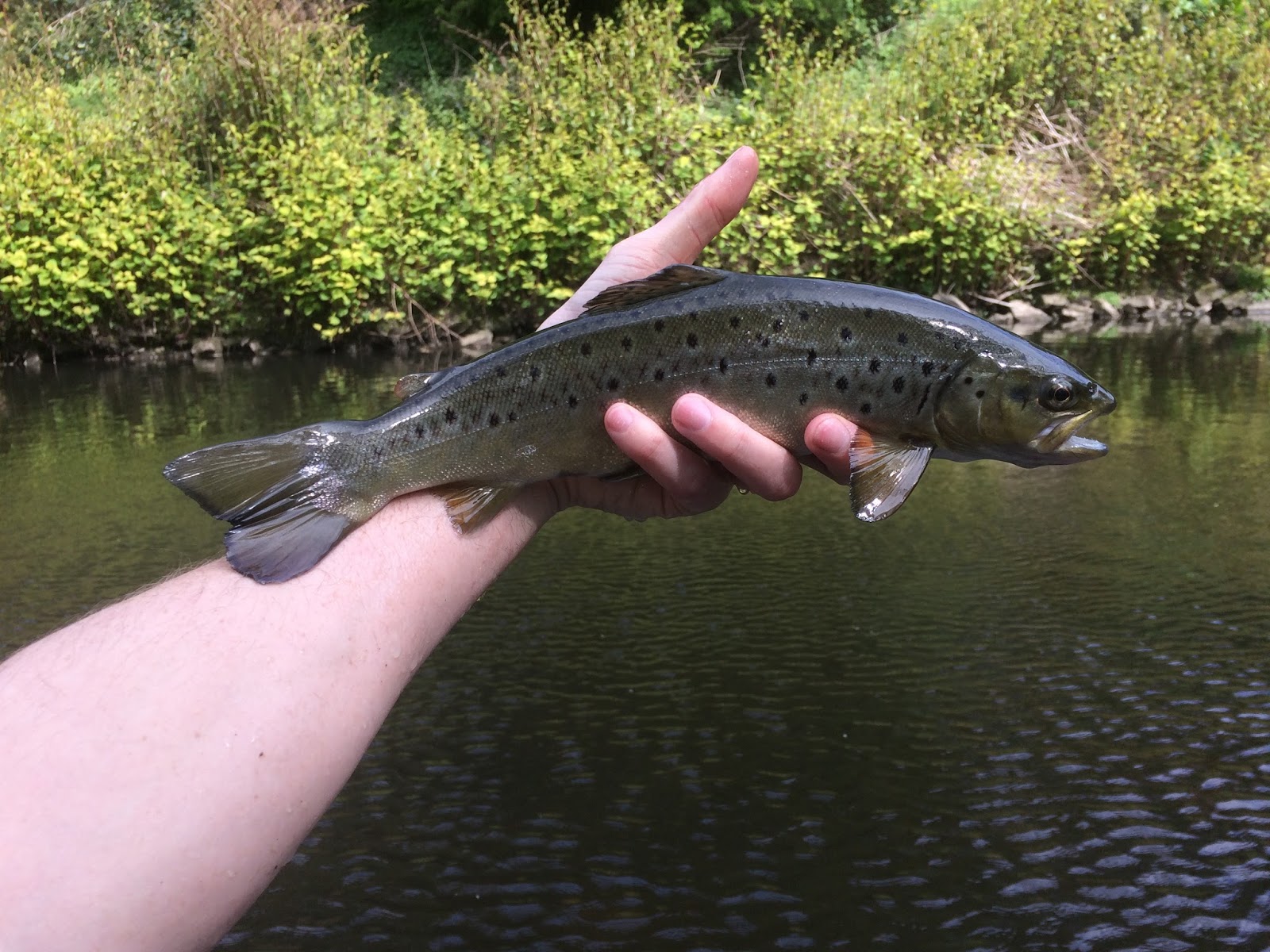 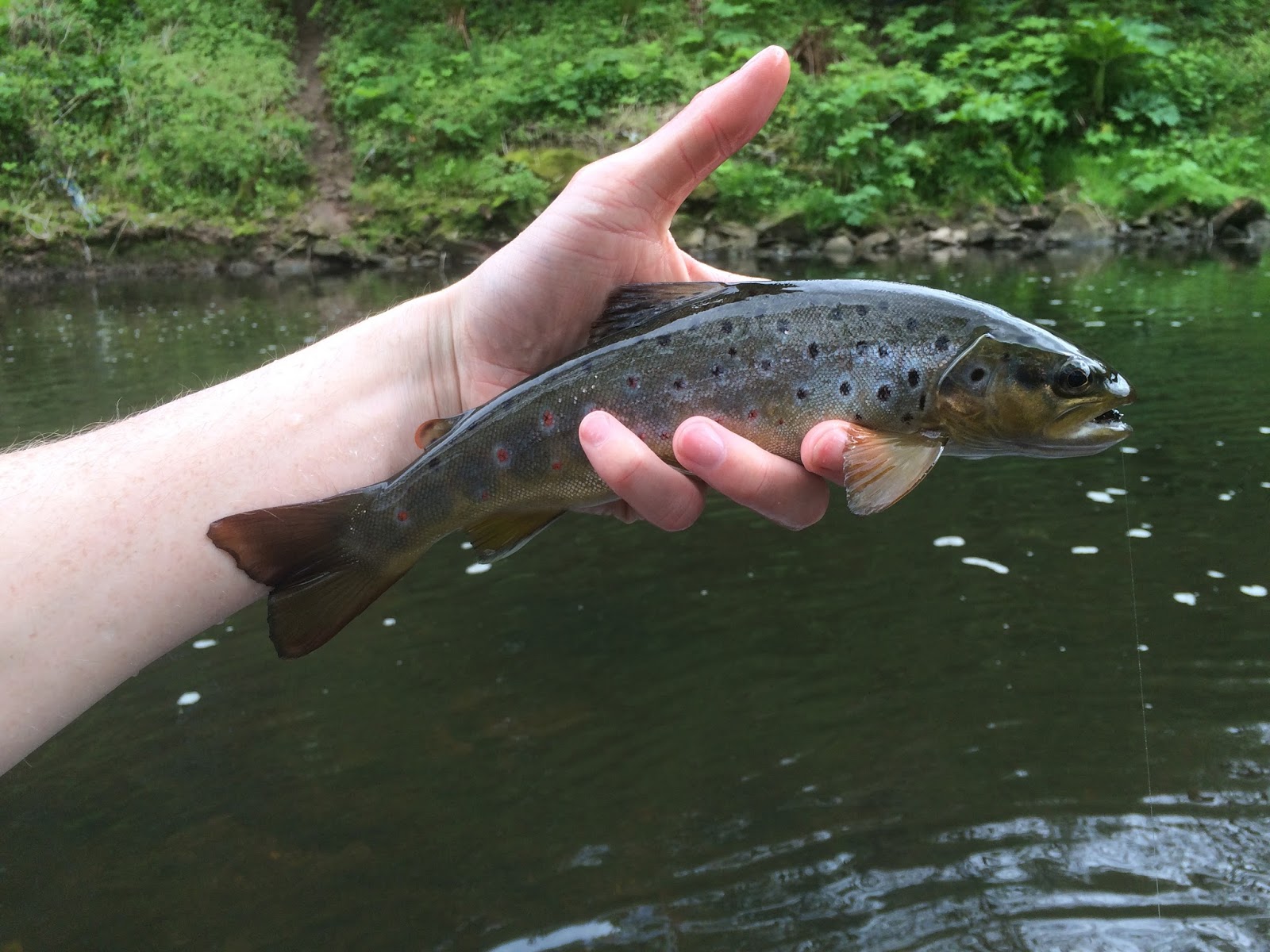 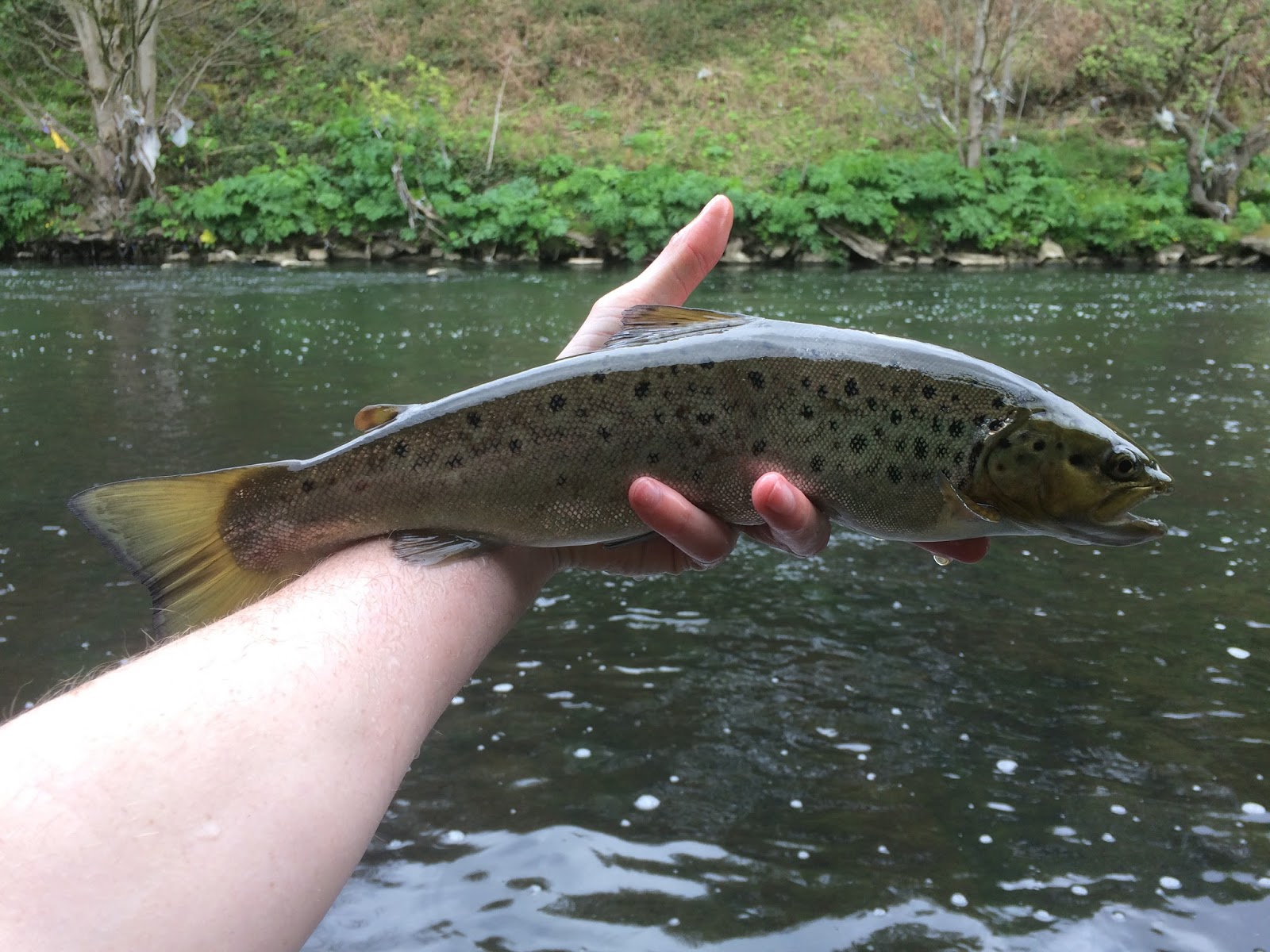