Fly Fishing - It never rains but it pours - Day 50

With a weekend booked off and a grayling trip booked with my good friend Mike France we was both excited, all our previous visits had been on low summer levels which had obviously affected the fishing even though we still bagged some fish and the main target, Grayling.  So we wanted some rain! It was a nice week with steady rain throughout the week meaning the river level would rise slowly and not colour up too much. With our departure time at 7.30am, the river was at the same measurement it had been all week, 40cm, 10cm higher than it's summer level which was a little surprising considering. The weather said rain till 11am where a micro-burst would be followed by sunny skies. The weather actually did that, however at 11 we was heading back to Bolton to do some pike fly fishing on our local canal. So where did it all go wrong?

Well funnily enough i have a tattoo on my neck which quotes 'It never rains but it pours' now most of you will know what this means but for those who don't it basically means when one thing goes wrong, everything does. Upon reaching our location the ducks were swimming backwards, the current to strong for them to swim against, the river was practically the Atlantic Ocean and it was up by around 3 feet (not 10cms nor the 30cms the map showed later on when it updated again) It was easily up 3 feet as the usual dry banking was now up to my butt and i'm 6ft 8. It was like we was in Blackpool in a storm with the tide coming in. Nevertheless we gave it ago, we don't get many fishing days together due to our work clash so didn't want to waste our good company. I went with a trio of nymphs. Heavy, rubber worm, Super Heavy. I still wasn't touching bottom and every cast was a strike as the leaves were horrible. So not only was the river raging, nor too coloured it was laden with thousands of leaves. We hacked it out for 2 hours before we called it quits.

Note: red line was level when we arrived (was up by 3 feet easily) green line is the usual summer level. 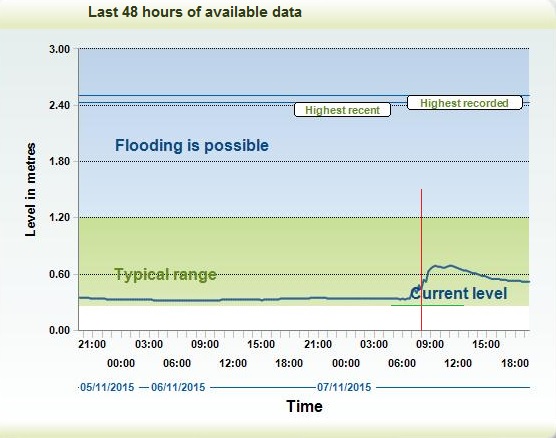 We came to the conclusion that would a fish sit there getting thousands of leaves smacking them in the face and building up on them, no, they would find a rock to hide behind or calm water and wait it out, now if my heaviest nymphs aren't even touching bottom, even if it was good visibility, the chances of tempting a grayling to move into that heavy flow was nigh on impossible if i wasn't at the bottom.

So off we went back home to do some pike fly fishing, Mike borrowed me his #8/9 weight set up and we was good to go, the weather here was bad with a bad cross wind and torrential rain, casting  pike flies feels so unnatural compared to the usual fly fishing so will take some getting used to but again, here, leaves were a problem. Mike Eventually hit into something big but it was solid and we guessed he'd caught the bottom but in fact it was a huge birch tree branch. We don't let things get the better of us so we landed the 'branch' posed for a picture etc fly et al.

The rain became heavier still so we called it a day, was no point making ourselves ill and risk ruining an enjoyable day despite the conditions. 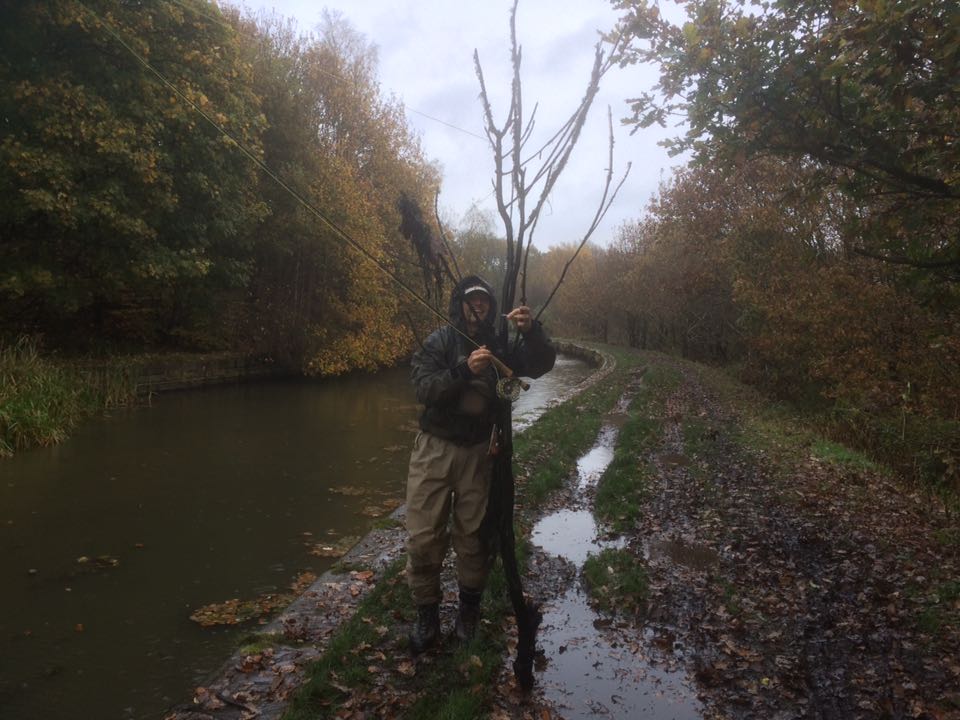 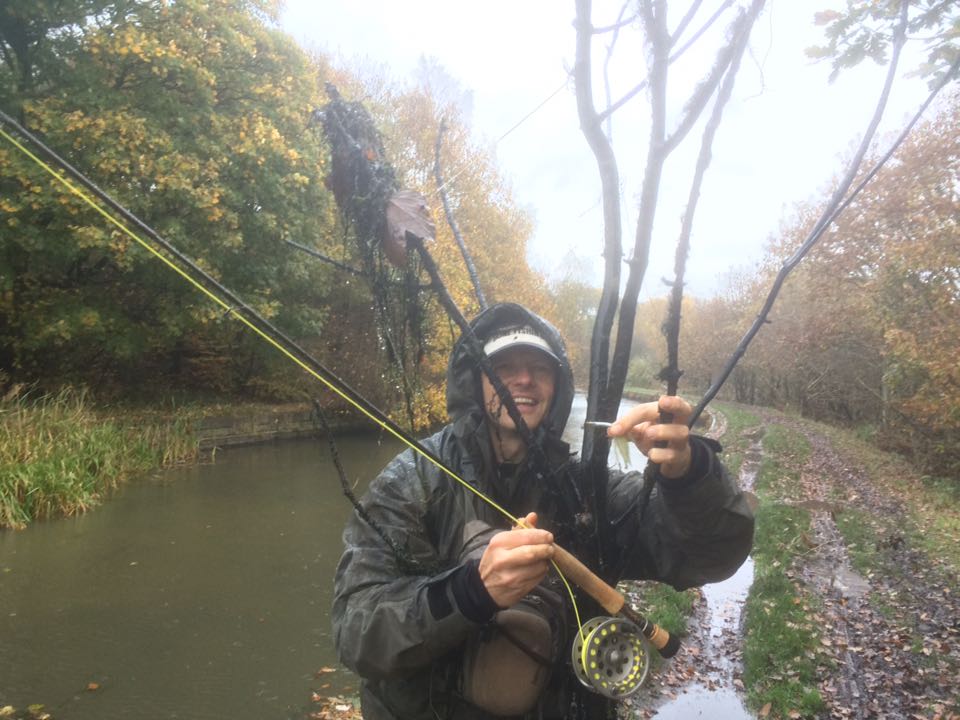