Fishing with a child especially fly fishing is no easy feat. You have the difficulties in transportation around the river which used to be a 100% carry job when Emily first started but now she's 4 shes on her feet in her wellies (anyone know of a decent set of waders that dont break the bank nor have a duck face on for a 4 year old). Now me and Emily have a few secret spots, protected by largely boring unfishable shallow water, high walls, brambles, long walks and 1 access point. Unless you abseil down from the city streets above. This spot however will always hold fish due to it being the only decent pool for a good length of water. How deep it is i don't know but you can catch a fish and disrupt the pool, see nothing go back in the pool and then catch one 10 minutes later.

First cast, i lost a fish, about 1lb, instantly got Emily interested so she was up for the next one, klink and dink with a bendles bug below, the river here was largely unaffected by the rain and was only slightly colored. Emilys turn next and she was instantly on to a good trout, it took the klinkhammer off the top and was well hooked. After a fight for 10 minutes and me having to remind Emily how to hold her rod properly during a fight, i mistakenly told her to hold the line as she caused a little too much slack, the fish bolted at this second and snapped off.

Several more fish followed, i bagged a nice green colored brownie and a few small fish inbetween we shared between us. We had lost 5 and landed 4 after an hour or so, so decided to just sit down and chill and have dinner. After half or so it was Emilys turn again to fish and after a nervous bow and arrow cast, she really doesnt trust not hooking herself, she was in to a fish.

She was quite fortunate this time as it was another big trout though this one didn't go off on fast runs, fighting more like a grayling trying to swim to the bottom it was another long fight of determination. Emily had learned from her earlier mistakes and after a couple of attempts to draw it to the net it was finally landed.A big kill and a cuddle while the fish was in the net and i set her pose up ready for the fish. Fortunately the fish behaved well despite the time to recover and was soon back in the water, Emily releasing it back into its pool.

With ground to make up i had a few more casts and caught 2 more fish in 2 casts, both small but regardless we had rounded the day off perfectly with Emilys new PB (22inches) on her, now christened, pink rod and some quality father and daughter time. With my new promotion at work starting on wednesday i'm not sure how it will all coincide with our free time together but hopefully we will be back out on the river again soon. 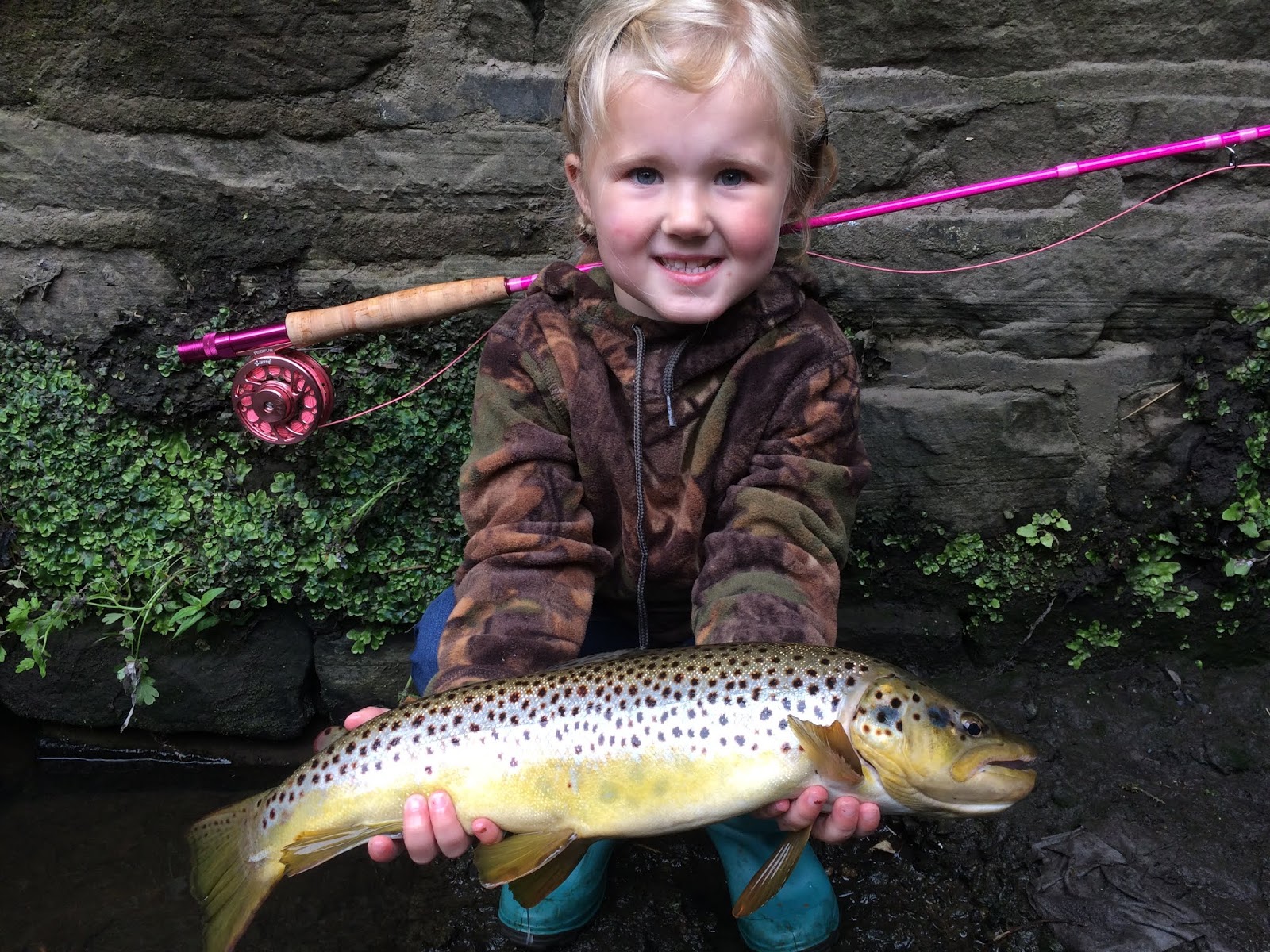