With the bank holiday weather at its finest alot of rivers were on there arse but heavy rain over night and the day prior it was a welcome addition and i headed out with John Tyzack to search for some big fish enjoying deeper waters. We drove round a fair bit checking river after river from bridges but they were all still very low, in the end we opted for a smaller river which despite low still had some colour running through it. No idea if anyone had rights to it but it wasnt well maintained so we presumed not.

Both with streamers on, Martins minnows on both i believe, we fished the first pool were we instantly attracted the interest of a few fish but their takes were sluggish and we missed both. Moving on up we found another pool, a little trickier but first cast JT was straight in with a good fish to start. Not a big fish but a pretty fish, big black spots with an olive oil yellow underside. Spotting a shoal of chub we gave the rest of the pool amiss as they were big chub and definitely streamer gobblers.

Further up the run i missed a couple after sighting a fish and casting above it i became tunnel visioned and missed the fish hitting the streamer on the drop. Silly mistake. JT then managed a better fish, longer but still a little lean, if this river has been anything like my locals then the feeding hasnt been great which would explain how lean they were.

We soon came to a weir and after my fly dissappeared into the foam a swirl and a touch of the line i struck into my first and only fish of the day. It was a nice cock fish, mottled colouring with a funny black mark either side of its belly i presume from sitting on the bottom.

At this point with us fishing the same fly JT switched to a strange looking fly, the aptly named 'sex dungeon' the action it created in the water was probably why it was named that. Even as it sunk it looked like it was swimming the way it swayed.

The next areas were scarce in depth but i couldnt reach a pool due to the mud and silt to get their so i left it to the professional and let JT use his long cast to reach it, it was perfect and i saw this big trout follow the streamer, as it reached it JT struck. He wasn't fighting it though so i was shouting 'you've got it you've got a fish' and he was shouting back at me 'no, no i aint'. i could see the fish slowly swimming away from where it was so i shouted again 'you've got a fish on' and JT continued 'No, im snagged' i then realised he was. the fly had snagged just before the fish took it.

Further up another deep pool that was hard to reach JT had a follow of another big trout, he ran out of room on his pull back so just had to jiggle it in the hope it would take it, it swam in a circle 3 times before it left it, probably put off by the shallowing water.

Things went quiet however, we sighted a few fish in shallow water but they didnt even turn a head. But when we saw a rising fish we obviously cast a fly towards it, still the streamer. The rise was on the left but a trout grabbed it from the right, which we hadnt anticipated, JT struck just as it opened its mouth pulling the fly clean out, one issue of casting downstream.

All wasnt too avail and after having a few misses by both of us JT pulled a black beauty out from an under cut, you couldnt see it as it took the fly but you could as JT struck into it. A dark peaty green back with a dark tinge all the way down to its 'yellow' underside. It was a lovely fish but again very lean. They all needed a meal on here.

As we headed towards the car we spotted a nice trout sat at the side, i went to cast to it but i noticed its tail was laid on the bottom and it kept twitching its head. It looked like it had just been in a fight and had a hook in it. So i said we should check it out. It was a little surreal, seeing a trout turn towards you, look you clean in the eye and then just swim to the side. It had bigger issues to deal with than me. I got it in the net and me and JT give it the once over, we couldnt see any hooks of any sort. So we let it go. It then turned belly up so assessing the water, slow and shallow i hopped back in and waded a few metres upstream to a small weir were there was more oxygen in the water.  We left it there sat upright which was an improvement but we can only hope it survives.

Overall JT showed how even in streamer fishing you can still be adaptable. Moving on to a slower sinking fly it allowed him to move slower through the shallower water and it definitely showed. 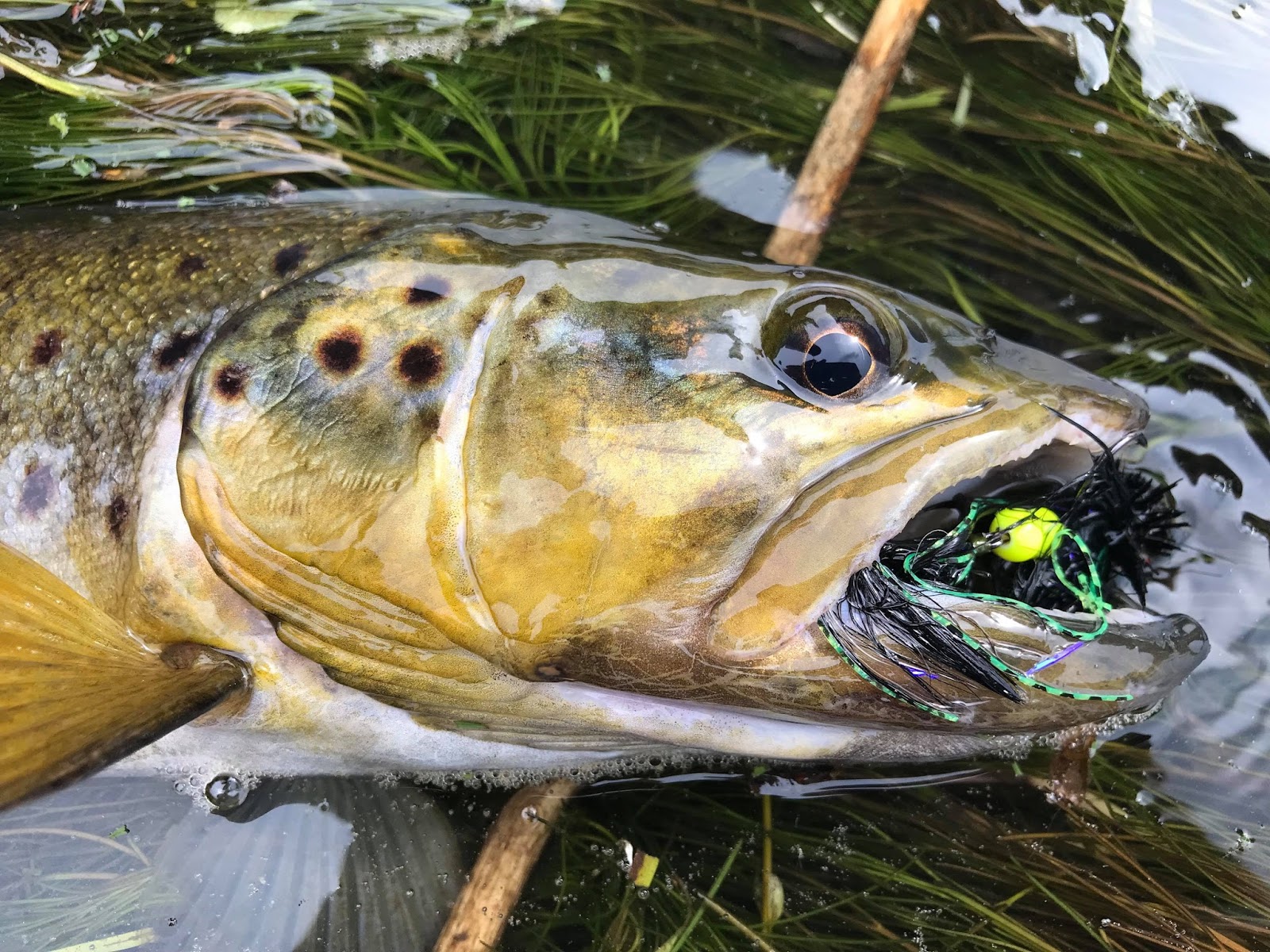 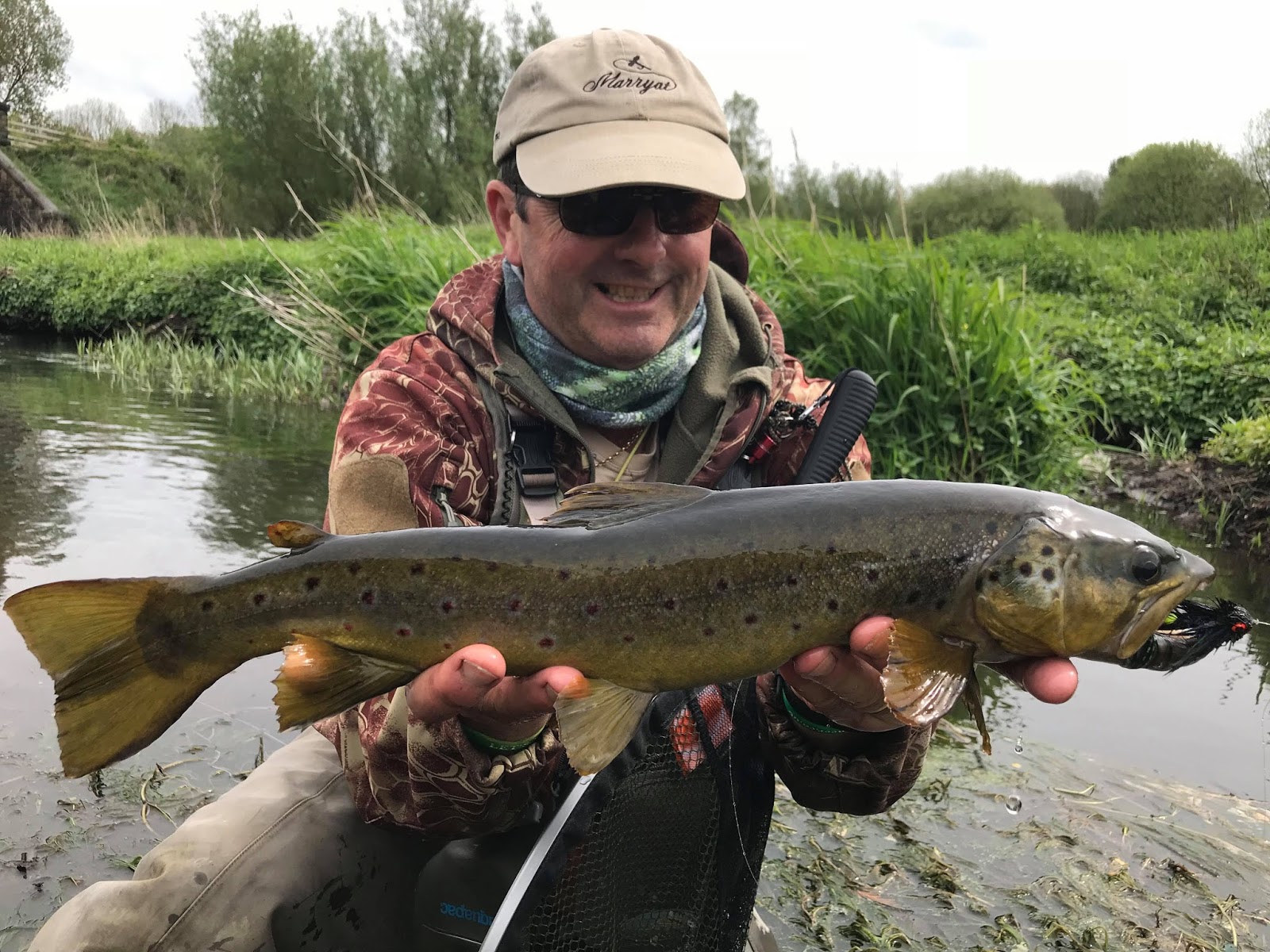 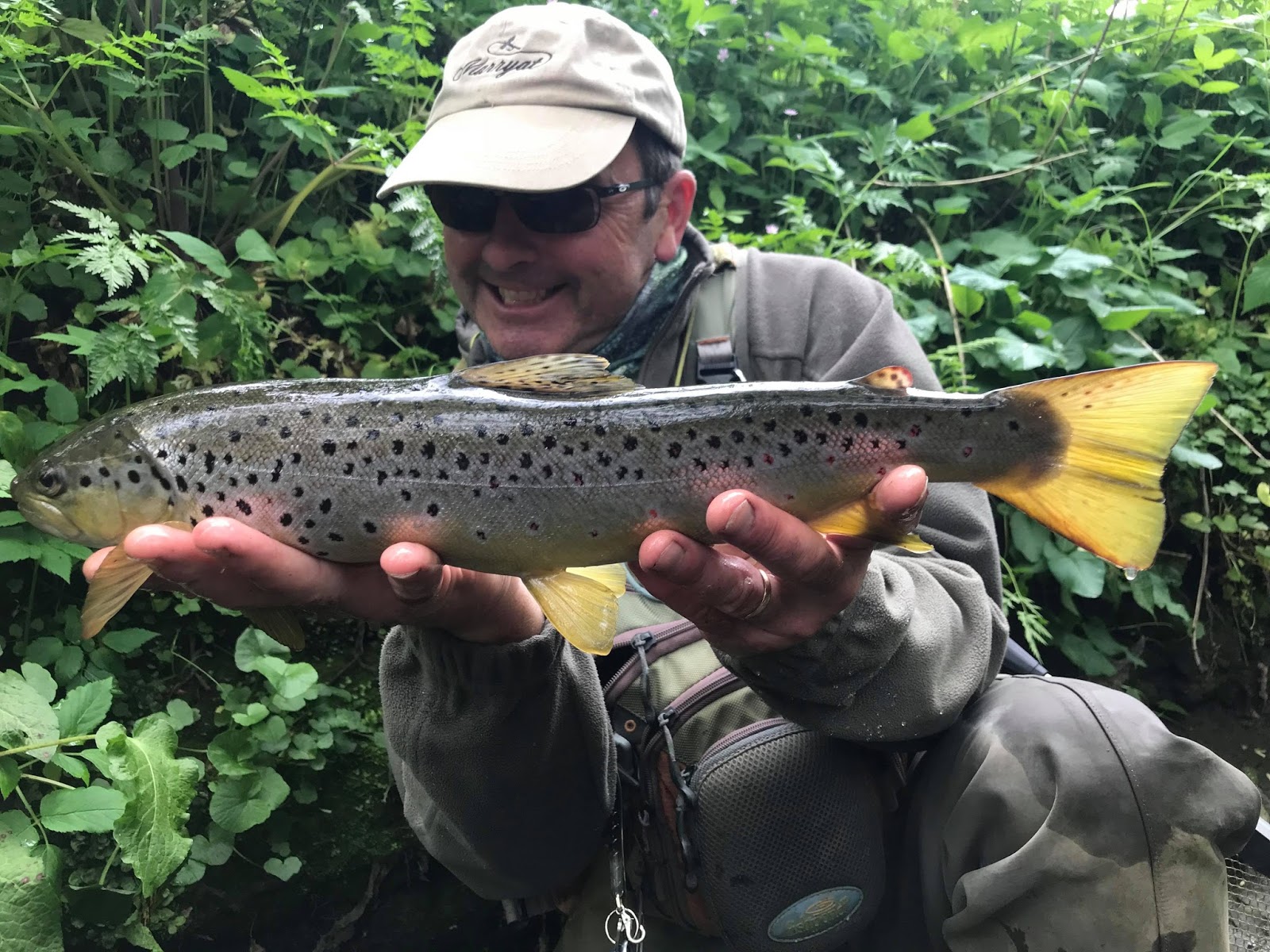 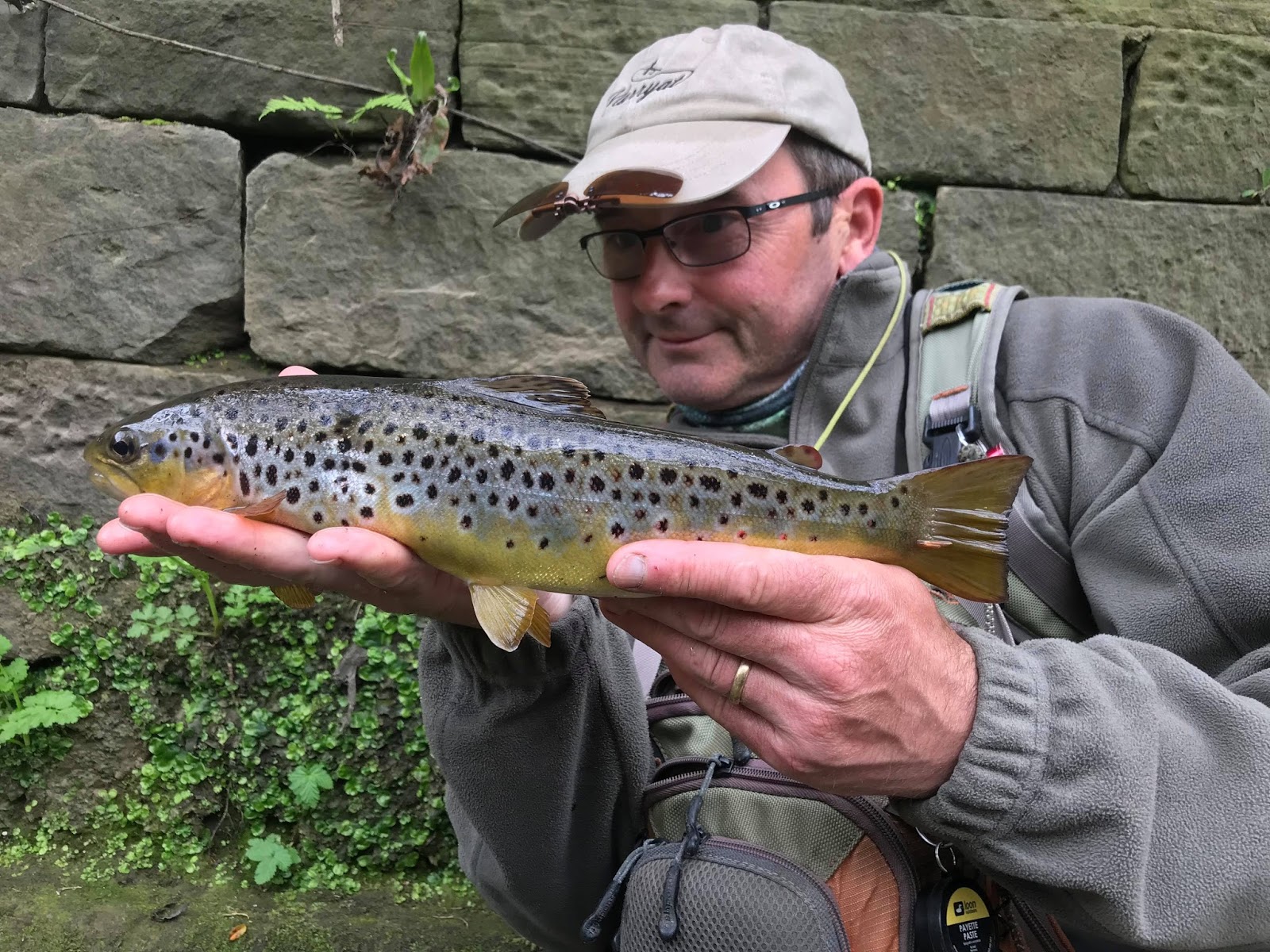