Well it finally came, the perfect day for fishing, how? i do not know considering the rain the day before, it somehow didnt affect the river levels nor the clarity. The weather was warm and overcast which opened up into breaks of sunshine, it was dry fly weather, so as i was off out with Graeme i only took my dry fly rod.

Our intentions were to catch alot of fish, not big fish, though a bonus they would be, so we headed to a river we have fished and had plenty of action. Why? The start of the season had been rough, temperatures and weather ruining the limited days we get to go fishing, the cold waters seemed barren and cold, with little fly life and plenty of signs of poaching over the winter.  We won't know if the poaching has taken effect until mid season when we get an idea of our catch counts. But in comparison to last year, i ended todays session with my 8th fish while this time last year i had already caught 19, with the april storm bringing the river levels way up and with the irwell pollution incident thrown in the middle of that for good measure.

With my total for the year being only 8 you can probably guess the plan for alot of small fish didn't go to plan. The first hour was awfully quiet, fishy looking pools going by silently, eventually i found a trout in a shallow run, small as expected but we thought that would be it. As we continued we found more evidence of poaching, all of them next to the best looking pools. Graeme missed a nice fish for this river and we headed up into more precarious waters were access was limited to the water level. Holding on to the cracks of a sheer cliff that had worn away over thousands of years as edged round a deep drop off we found a nice pool which held a couple of fish, but we only managed to land 3 of them between us.

Upstream a few more pools were quiet and coming up to 12 o clock the hatch i predicted occured. The hatch on my locals isnt spectacular but it always brings plenty of rises, except today. Nothing, the surface of the water lay motionless bar the ripple of a tire breaking the surface, or a sanitary towel berg swinging off a tree.

We upped sticks and moved off to another river in the hope it would come up trumps too, but again it didn't. With evidence of peculiar behaviour on the rivers our hopes were dashed again but after seeing a rise after an hour or so there i immediately pulled out the dries. It rose again as i was tying on, sat under a over hanging bush i cast in between, i watched an olive land on the surface and the trout rose up beneath and sucked it in, 12 inches above my dry, it had gone further into the bush, i edged my fly inch by inch further upstream under the bush into a small alcove of branches but on the 3rd cast i snagged a branch and had to break my dry off, the moving branches scared the fish off so Graeme helped me recover my fly.

Eventually though after switching back to a klink and dink i found a small trout, were it should of been, but where were the rest of them. In hope of it being because of the poor temperatures at the start of spring affecting the fishing rather than the astronomical amount of poaching that has clearly been occuring. I will return here again, to compare, in hope it was just an off day for the fish on a perfect day for dry fly fishing. 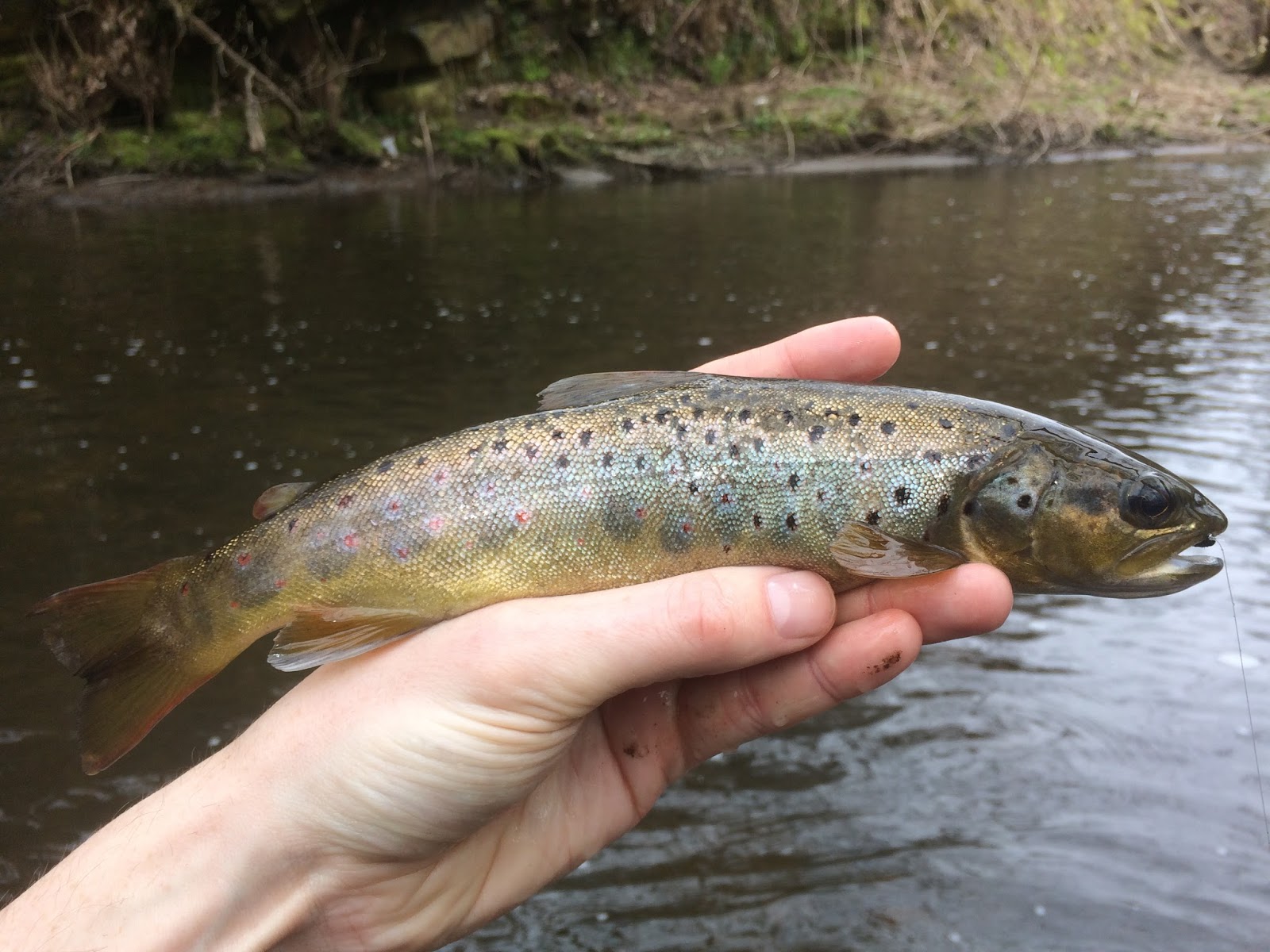 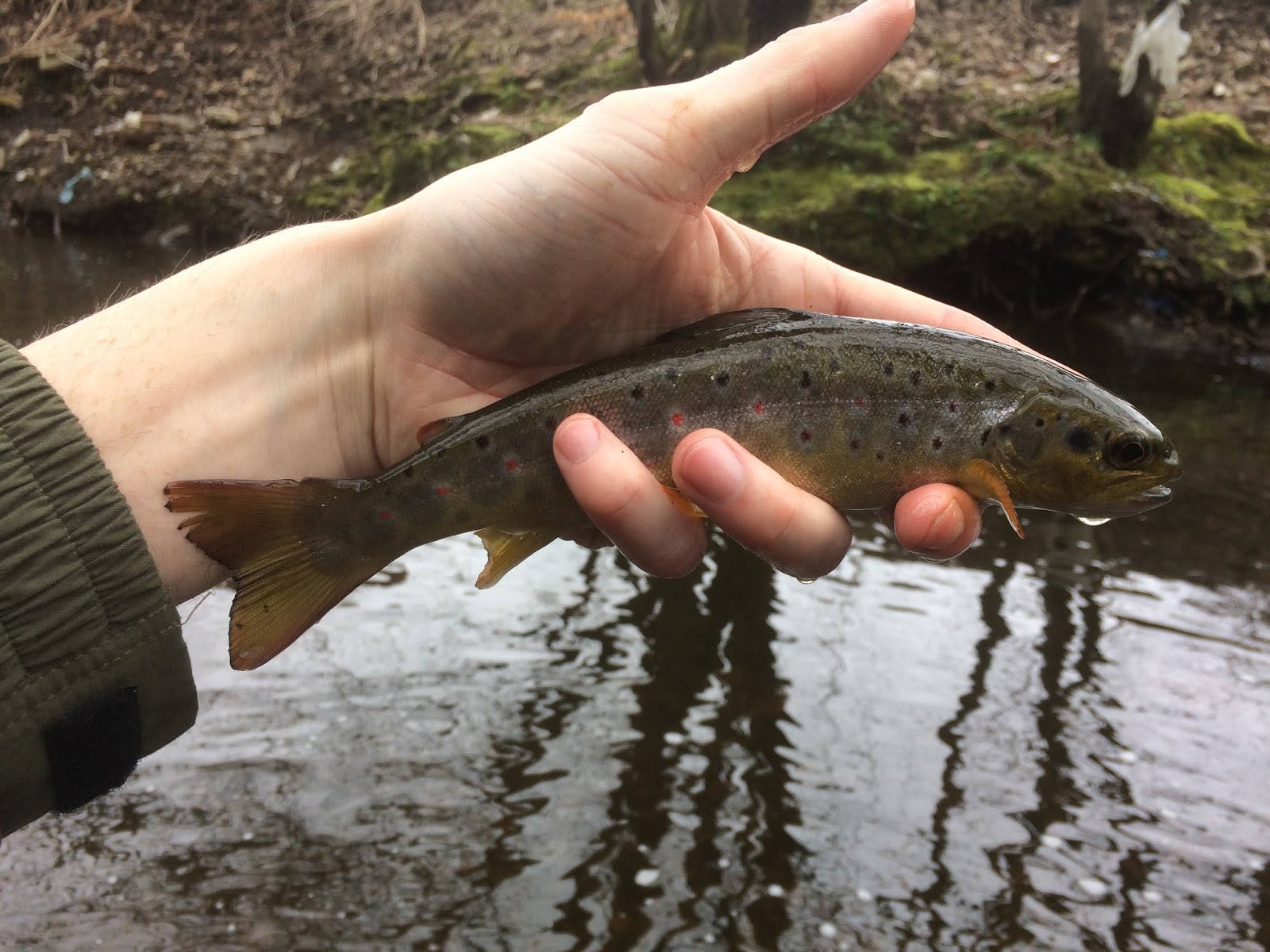 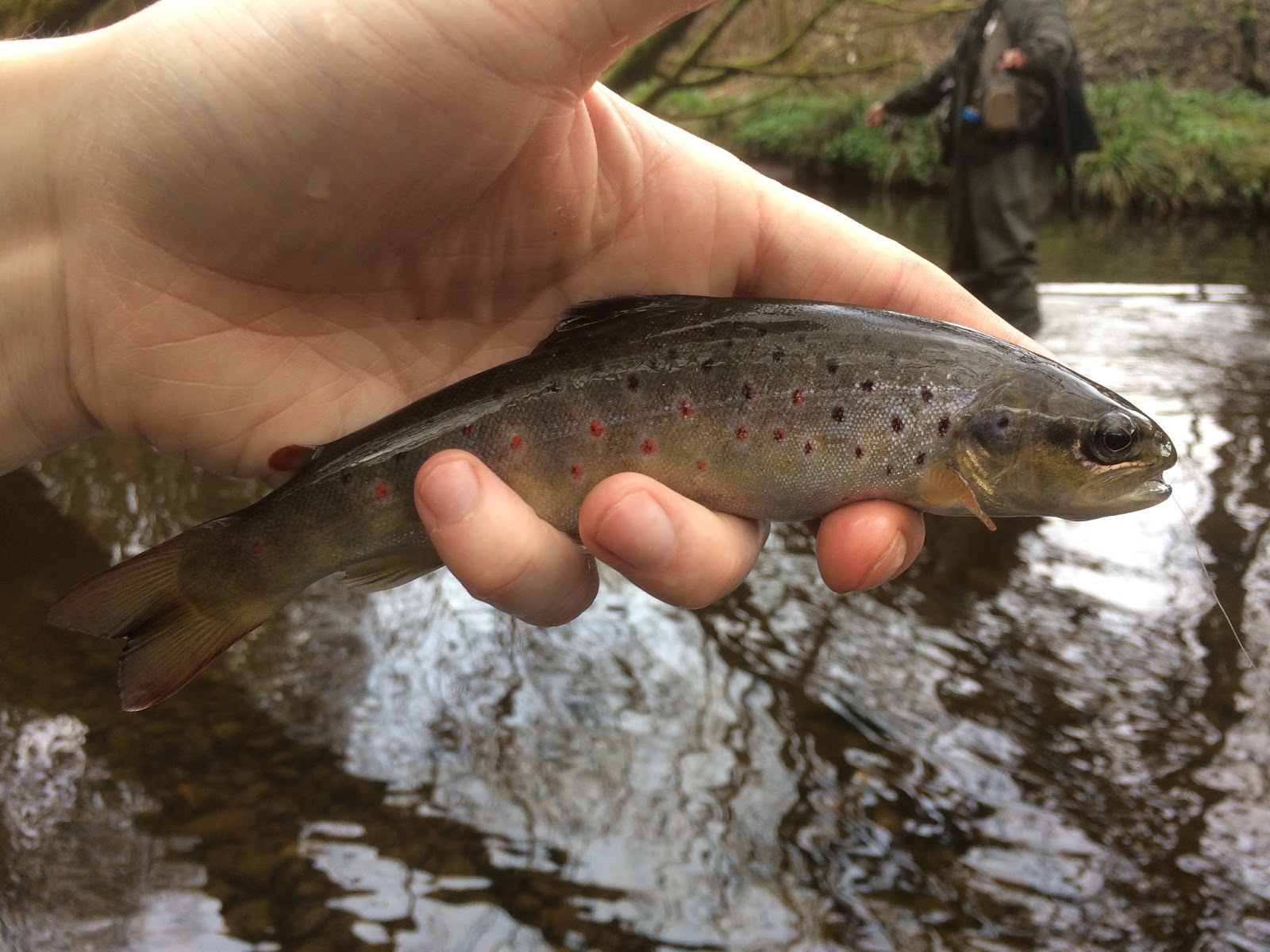 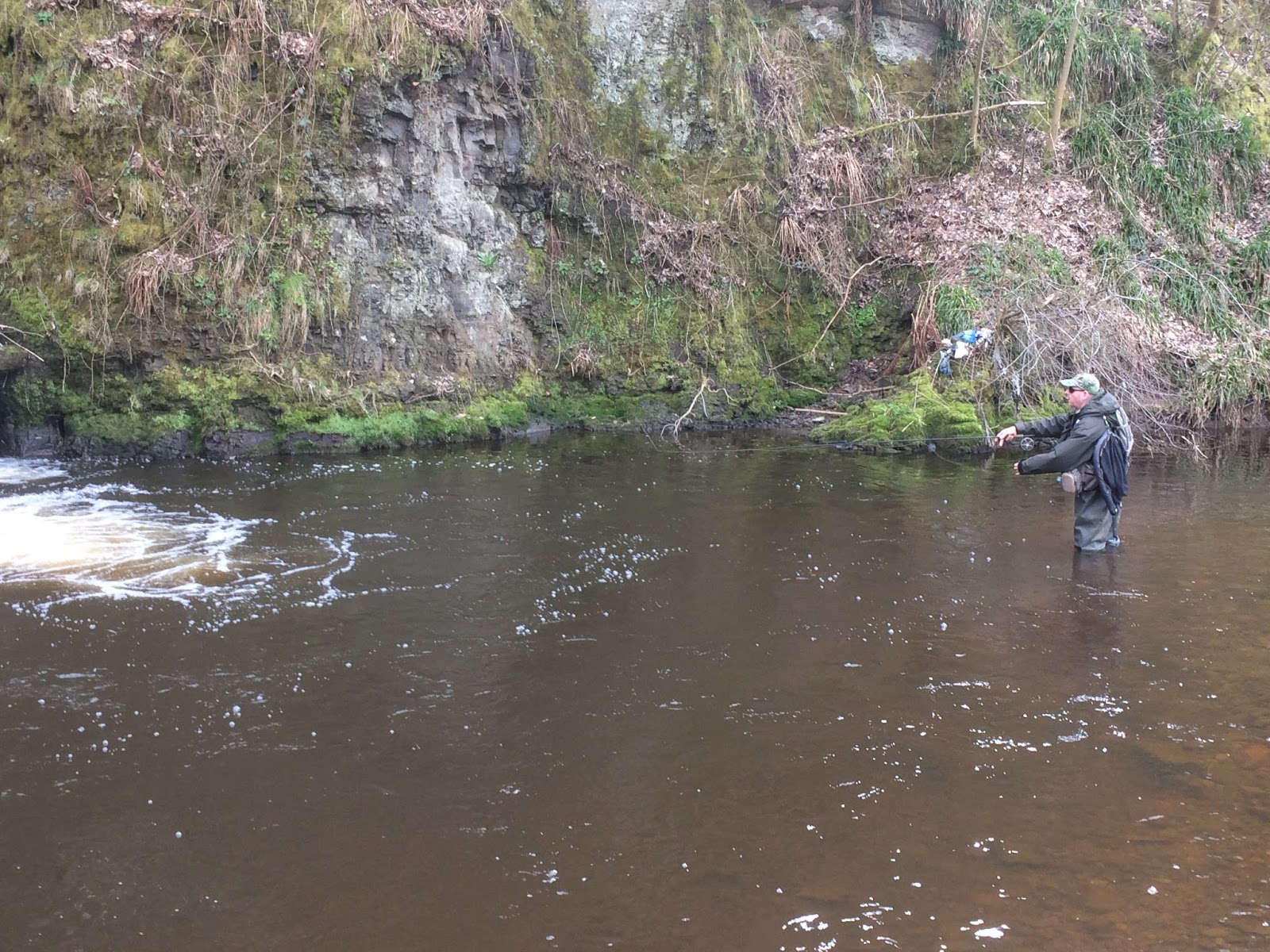